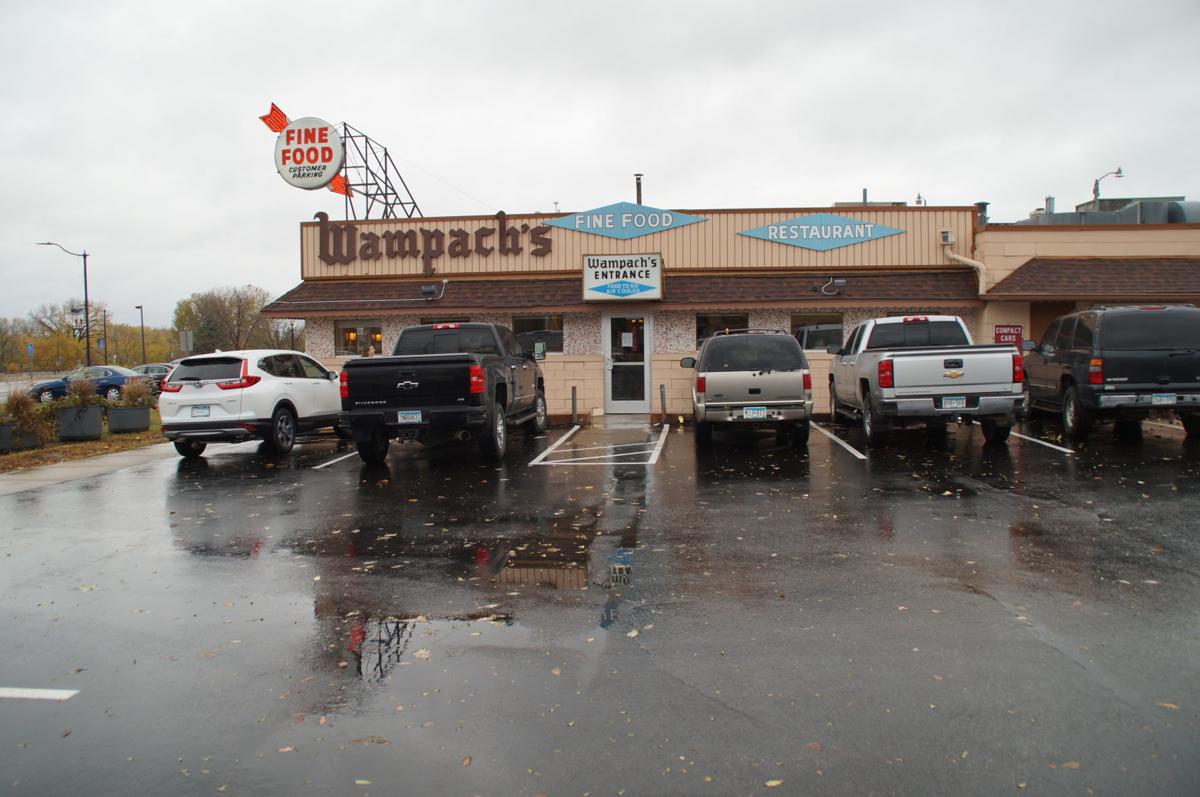 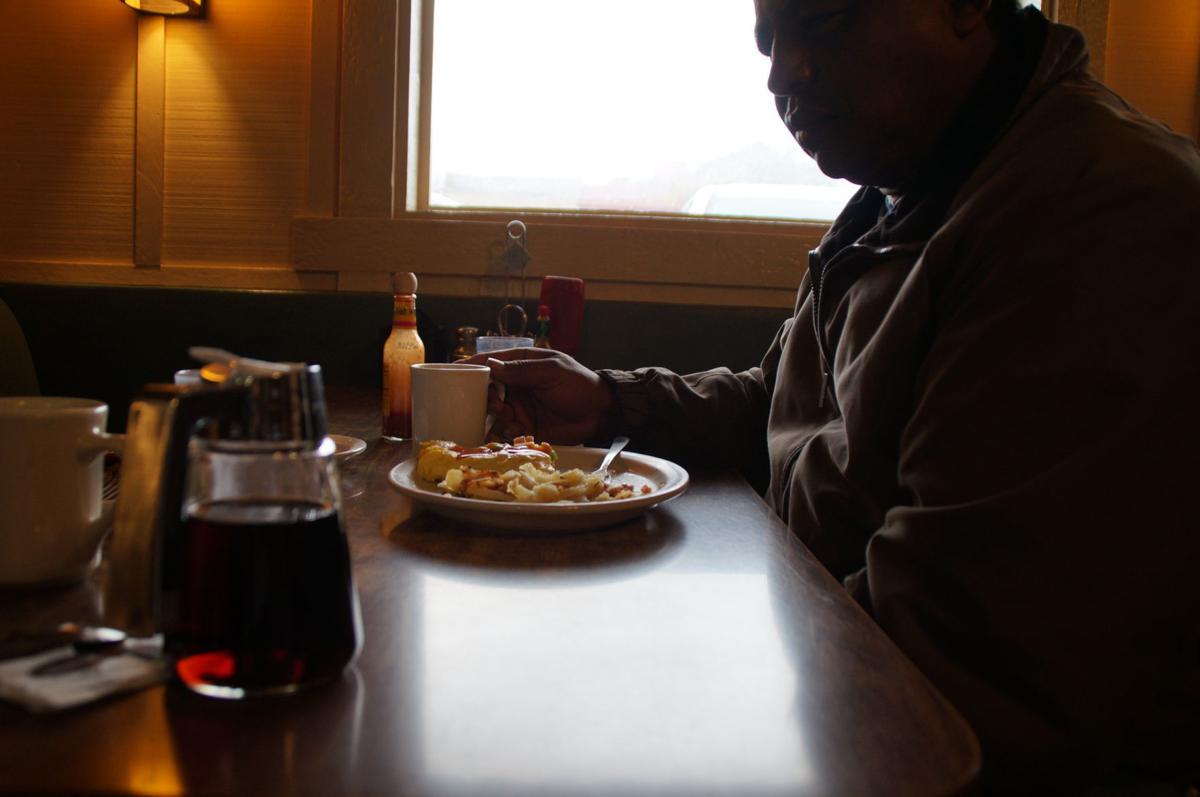 José Medel enjoys his usual breakfast at Wampach’s: an omelette with potatoes and coffee. 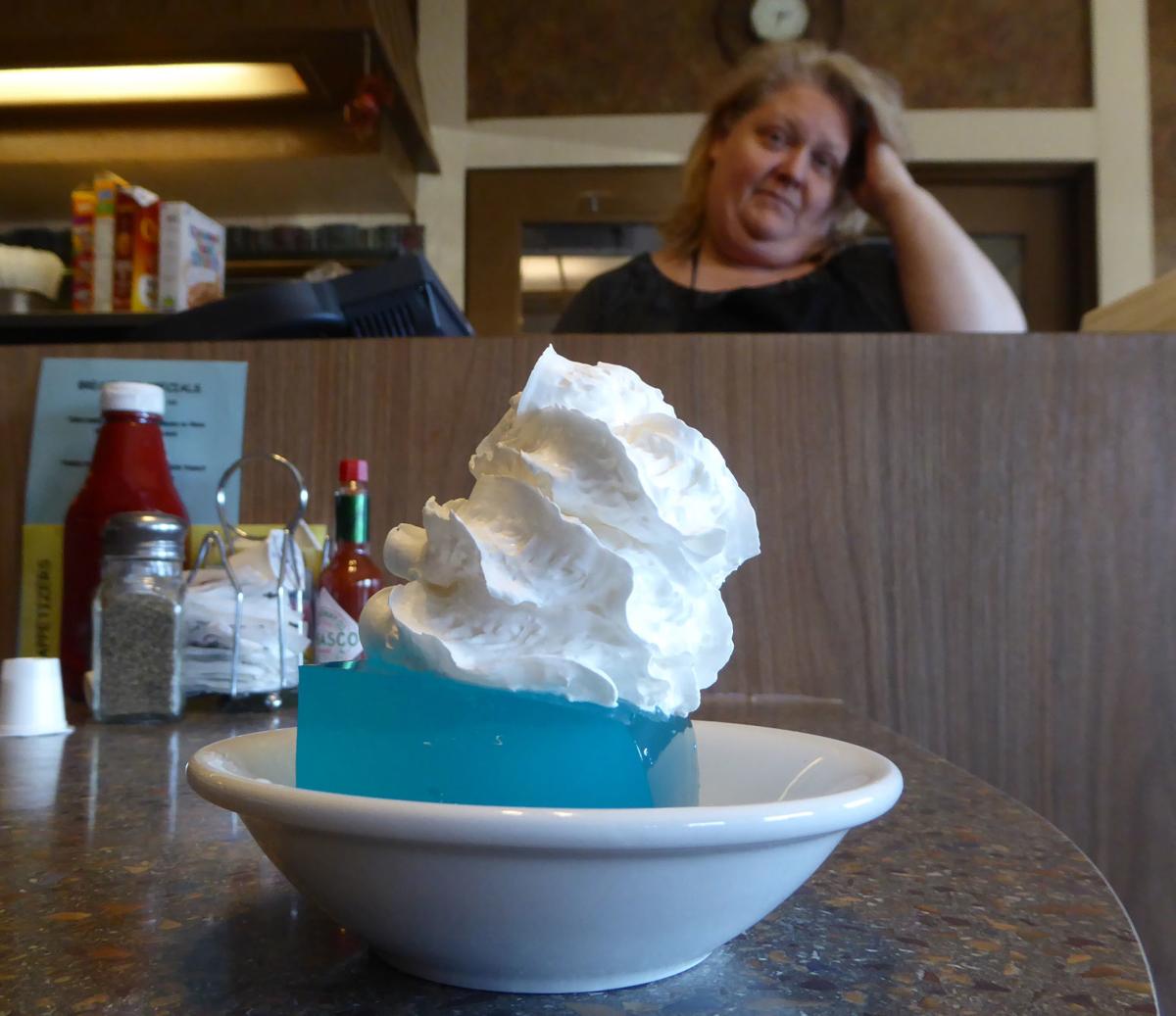 Mary Johnson has owned Wampach’s Restaurant in Shakopee since 2001. They were serving Jell-O before she became a server there as a freshman in high school.

José Medel enjoys his usual breakfast at Wampach’s: an omelette with potatoes and coffee.

Mary Johnson has owned Wampach’s Restaurant in Shakopee since 2001. They were serving Jell-O before she became a server there as a freshman in high school.

If you ask Mary Johnson, the owner of Wampach’s in Shakopee, to describe the food that fills the parking lot to the brim on a rainy Tuesday morning, she’ll shrug.

“It’s just like the food your grandma probably made.”

For a restaurant as bustling as Wampach’s, there is nothing glamorous to report on. The walls are the same beige as was stylish in the ‘60s, the booths are hard and brown, and the view out the windows is either a parking lot or County Highway 101. And this isn’t a vintage, “we’re-trying-to-look-and-feel-retro” kind of diner, either. It just hasn’t changed since it was first purchased by Jerome Wampach in the late 1950s. As roads and developments and superintendents have ebbed and flowed in Shakopee, Wampach’s has remained the same, frozen in time.

Wampach’s claimed its permanent place in downtown Shakopee when the small-town diner truly belonged to a small town. But residents still claim it as theirs, and Southwest News Media readers voted its no-nonsense comfort food as the best breakfast in the 2019 Best of the Best competition.

The most popular meals are basic meat-and-potatoes type meals — literally. Eggs, meat and potatoes are the most-frequently ordered menu items, Johnson said. Other popular menu items are liver — “we sell so much liver it’s not even funny” — and hot beef sandwiches. And Jell-O, of course. Each day, there is a new Jell-O color offered to customers, most of whom are regulars.

The food is comforting because it reminds Shakopee residents of a time before Valleyfair and Canterbury Park traffic, before the Highway 169 bridge connected city goers to corn growers, when they could walk into a restaurant and be greeted by name and asked if they’d like the “usual.”

Johnson, who has been working for Wampach’s since she was in ninth grade, said she’s been waiting on some of the same customers since she was 16 years old. Many staff members have been waiting or cooking for 10 years, and those aren’t even the veterans. Lynn Sorenson, a cook, estimates she’s been at Wampach’s for 30 years. Waitress Keye Schill has worked there 27 years.

The customers and staff would all like to see a few things change, but then again, they don’t want anything to change. Because what makes Wampach’s — well, Wampach’s — is that nothing has changed.

Restaurant, with a side of house

In the main dining area, there’s a photo of the restaurant that used to stand where Wampach’s stands now, and the house that was there before that.

When Johnson purchased Wampach’s from the late Jerome Wampach in 2001, the house adjacent to the restaurant came with the restaurant, so she now lives next door to the diner.

“That’s how it always was, they told me,” Johnson said. “So I bought the house with the restaurant.”

José Medel and Rupe Rosas come to Wampach’s about twice a week before they start their shifts at the body shop across the street. They order the usual: an omelette with potatoes and coffee, as they sit across from each other in their usual booth.

“It’s too good,” Rosas said, adding he’s been a customer at Wampach’s for 10 to 12 years. He can’t remember. Time flies, except for inside this place.

"We sell so much liver it's not even funny."

We tried it: Wampach's in Shakopee

As a Shakopee reporter, it didn’t take me long to learn you don’t mess with Wampach’s. Either you like their food or you don’t, but nothing ab…