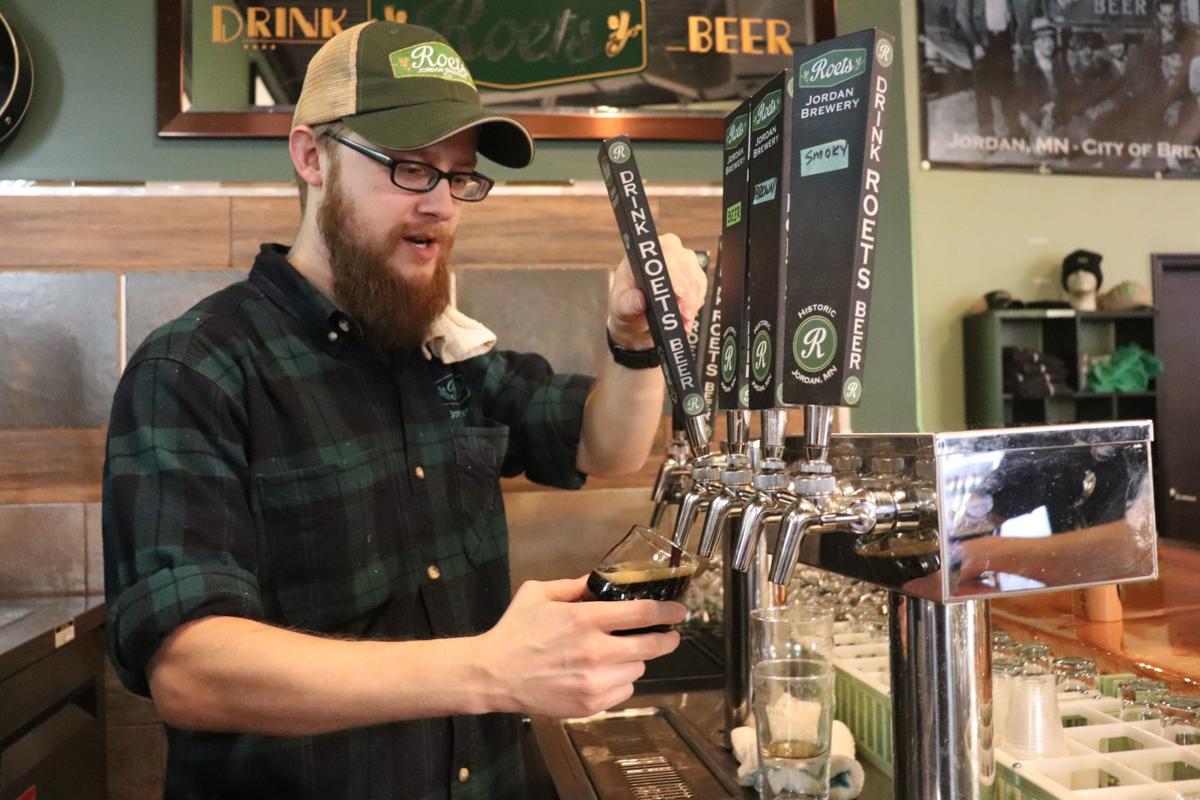 Ben Telschow pours a stout at in the Roets taproom. 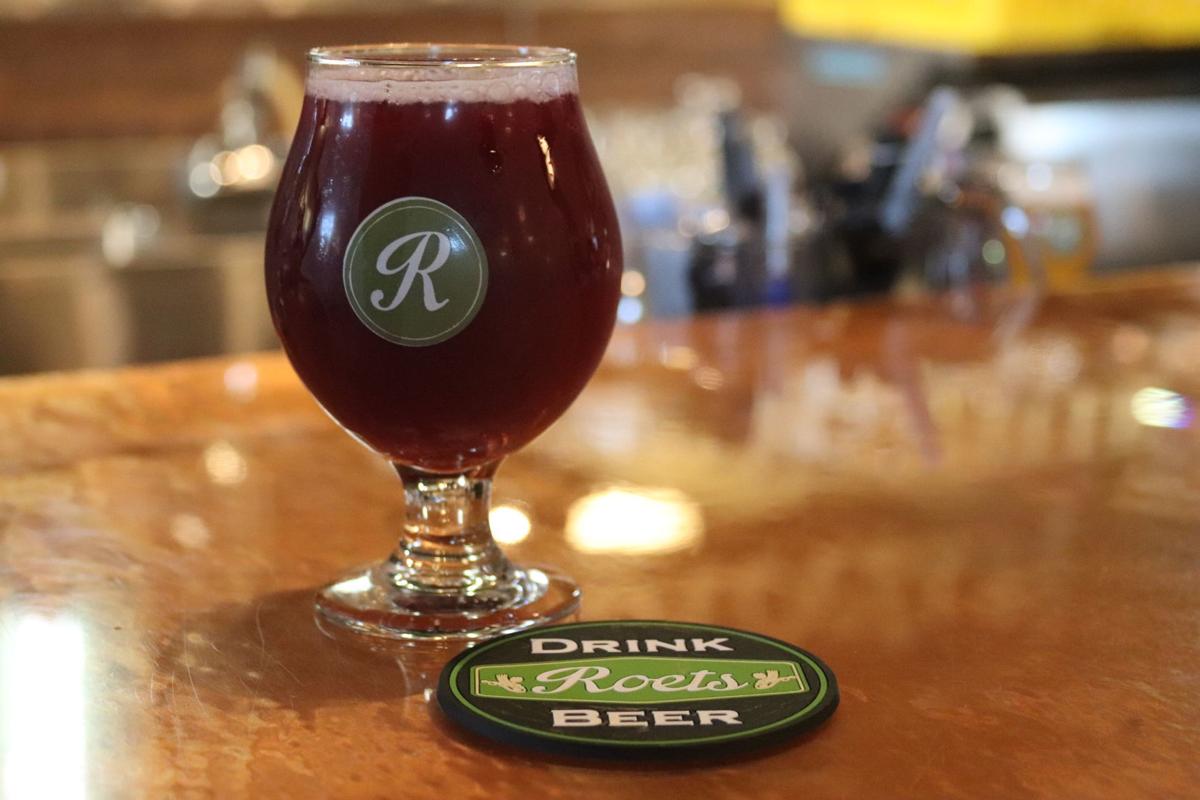 A blueberry sour with notes of vanilla and spice was on tap this fall. 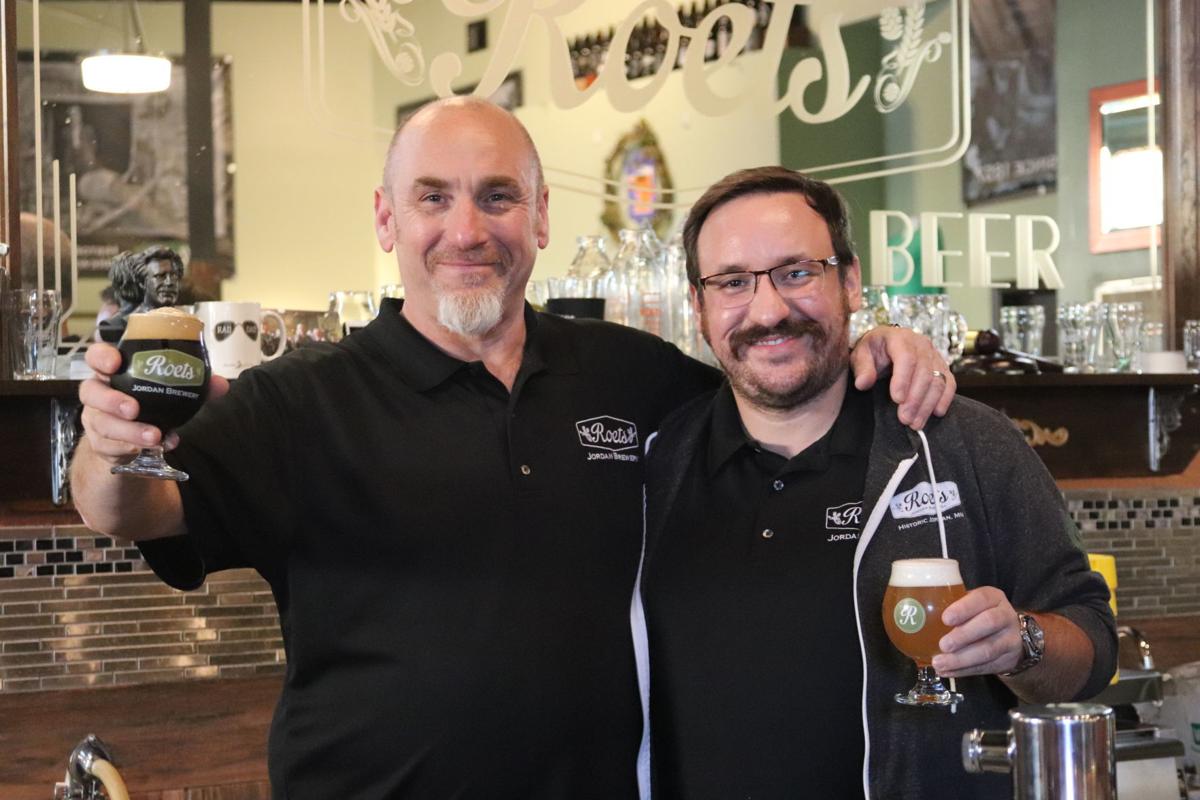 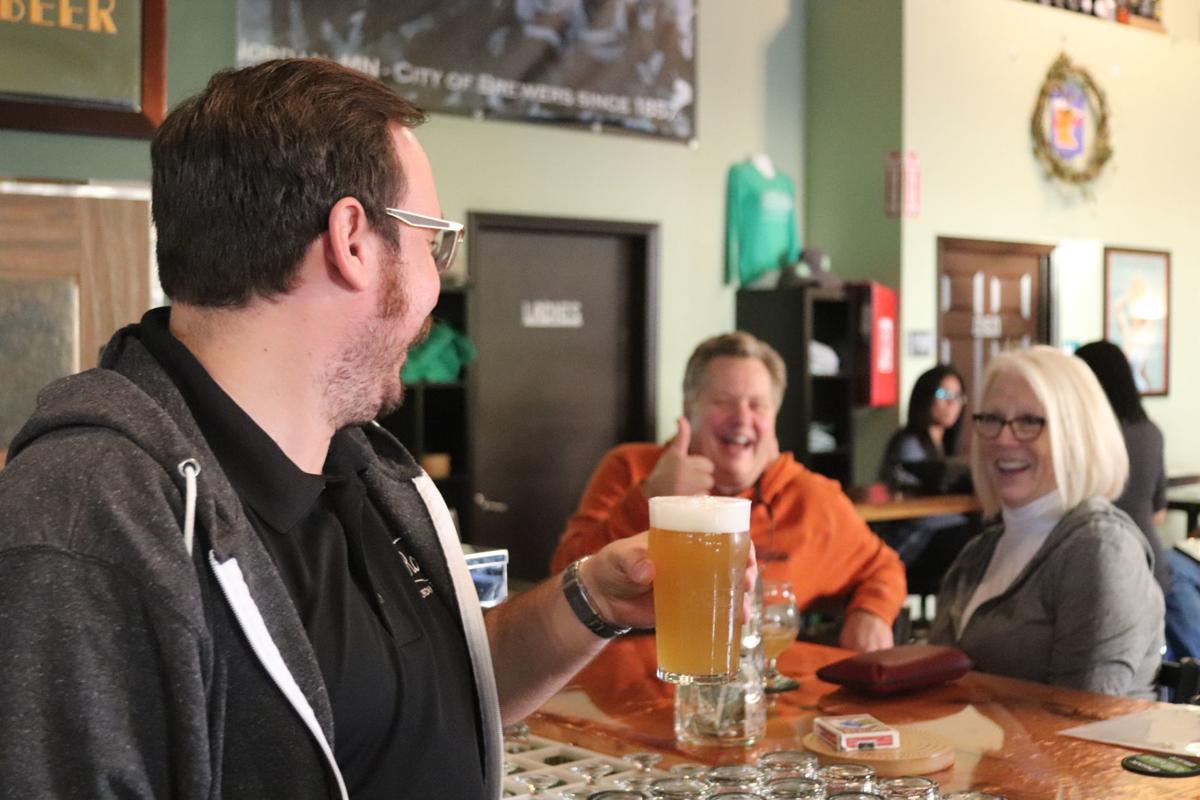 Dylan Roets serves beer to customers in the Roets taproom. 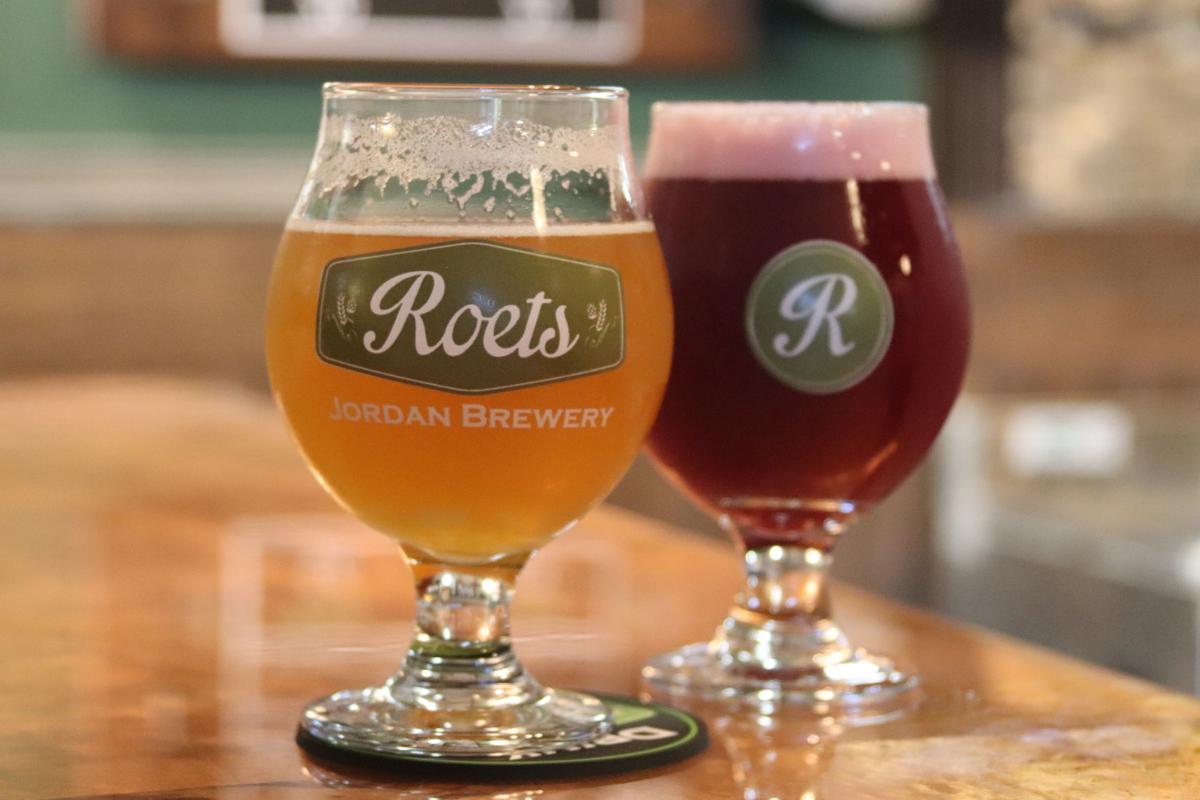 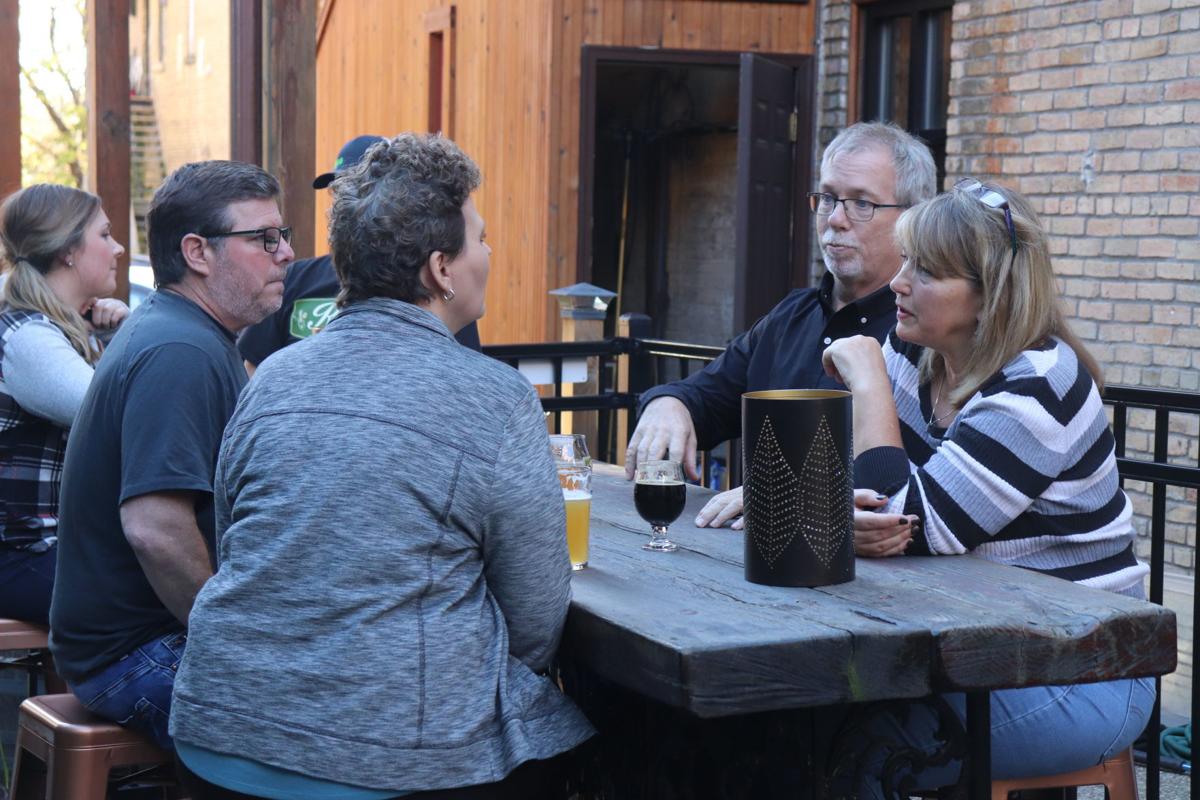 Jordanites Ray and Rhonda Sandey (right) strike up a conversation with a Prior Lake couple visiting Roets.

Ben Telschow pours a stout at in the Roets taproom.

A blueberry sour with notes of vanilla and spice was on tap this fall.

Dylan Roets serves beer to customers in the Roets taproom.

Jordanites Ray and Rhonda Sandey (right) strike up a conversation with a Prior Lake couple visiting Roets.

Roets Jordan Brewery has a simple but effective slogan: “Drink Roets Beer.” And for three straight years, Best of the Best voters have been doing just that. After only three years in business, Roets Jordan Brewery has topped Best of the Best craft beer categories in as many years. The establishment also took home top honors in the Best Brewery, Taphouse, Cidery or Distillery categories.

Dylan Roets says his father’s punk rock ethos informs the style of brewing at Roets. By “punk rock” he doesn’t mean tattoos, ripped up clothes and loud guitars; rather, he’s referring to the stripped-down, authentic and passion-driven approach that Tim Roets’ 35 years of homebrewing experience brings to the table.

The brewery doesn’t rely on gimmicks and flash to sell their beer. Take, for example, the name of their berry sour: “berry sour.” Their stout beer? “Stout.” Even the company motto, emblazoned on their coasters, glasses and art-deco mirror behind the taproom bar, is no frills: “Drink Roet’s Beer.”

Tim Roets is focused on letting the quality of his beer speak for itself, and for three years, it has.

“Tim is the definition of passionate — you can learn everything about what you’re drinking from him,” Ray Sandey said.

Tim Roets background in sales required him to travel, giving him access to some of the finest beer in the world.

“I had been to Germany, France, the Caribbean; I had territory in the late-1990s in Colorado, the Pacific Northwest and California, where the whole craft beer thing started,” Tim Roets said.

When he moved to Minnesota in the early 2000s, Tim become heavily involved in the state’s homebrewing scene by participating in countless contests. As a transplant, engaging in the hobby is how he made friends.

“I like to say most of the people I know in Minnesota I met over a beer,” Tim Roets said.

When the time came to go pro, Roets and his two sons Dylan and P.J. eyed the old brewery complex in Jordan. Roets said the traffic along Highway 21 made Jordan an ideal spot. But in 2014, after Jordan was drenched with 14 inches of rain, a mudslide blasted through the back of the building — effectively ending Roets plans in Jordan.

Over the next year, Roets struck a deal to move into another building along Highway 21. The space isn’t as large as most breweries and, in a way, that’s been a blessing for Roets. Limited space means Roets beers are brewed in small batches, allowing for experimentation and constant variety.

“We’re very fortunate that (Tim’s) recipe writing is at a level where we can be so agile,” Dylan Roets said. “We’re done with a beer in 3-4 weeks, it’s gone. A lot of people would be intimidated and think ‘I need my nine or 10 flagship beers and I’ll rotate a couple oddballs in once in a while,’ but we’re off the cuff constantly.”

Roets has two flagship beers that are on tap for about 35 weeks of the year. Otherwise there are about 10 beers on tap that cover a broad spectrum.

“We try to have something for every beer drinker,” Tim Roets said. “We’ve got light, medium, dark; hoppy and not hoppy; less fruity and more fruity. We brew to give you the best list every week, so that if you bring a friend who doesn’t like beer we’ll have a hard seltzer or a fruit beer.”

In keeping with the experimental, small-batch mentality, Roets doesn’t distribute their beer, so the only option is to drink at the taproom. As a result, creating a welcoming community at the bar is a priority. To do that, Tim Roets relies on a small, knowledgeable and dedicated staff of six — including himself and his sons.

“Everybody who works behind my bar brews beer,” Tim Roets said. “That’s what they do for a living. I’m changing 3-5 beers a week sometimes, at least two, so you’ve got to keep up and know what you’re talking about.”

That pub mentality spreads to the customers too. Out in the beer garden, Jordan couple Ray and Rhonda Sandey strike up a conversation with a couple from Prior Lake and invite them to sit at their table.

Overall, Roets customer base is about half local, half visitors. Tim said local customers been great supporters, but visitors is where they see the most growth.

“Beer tourism is what drives our business,” Tim said. “We’re trying to put out the best possible product in terms of beer and we think we put out great service.”

In addition to being named “Best of the Best,” one of the most fulfilling moments for Roets is when his beer is part of important moments in people’s lives. One memorable instance was last November when Roets brewed a special cranberry radler for a fundraiser at The Ridges at Sand Creek.

“People lined up and we had to go back to the brewery and get two more cases of that one,” Tim Roets said. “It was amazing, we had to shut off the tap at the brewery.”

Roets soon ran out, but started making a list of individuals who wanted to purchase a growler of the special cranberry beer later at the taproom. By the end of the night he had a list of 85 different names.

“I was on 85 thanksgiving tables,” he said. “That was like a bucket filler, it’s just awesome. That’s what gets us really excited.”