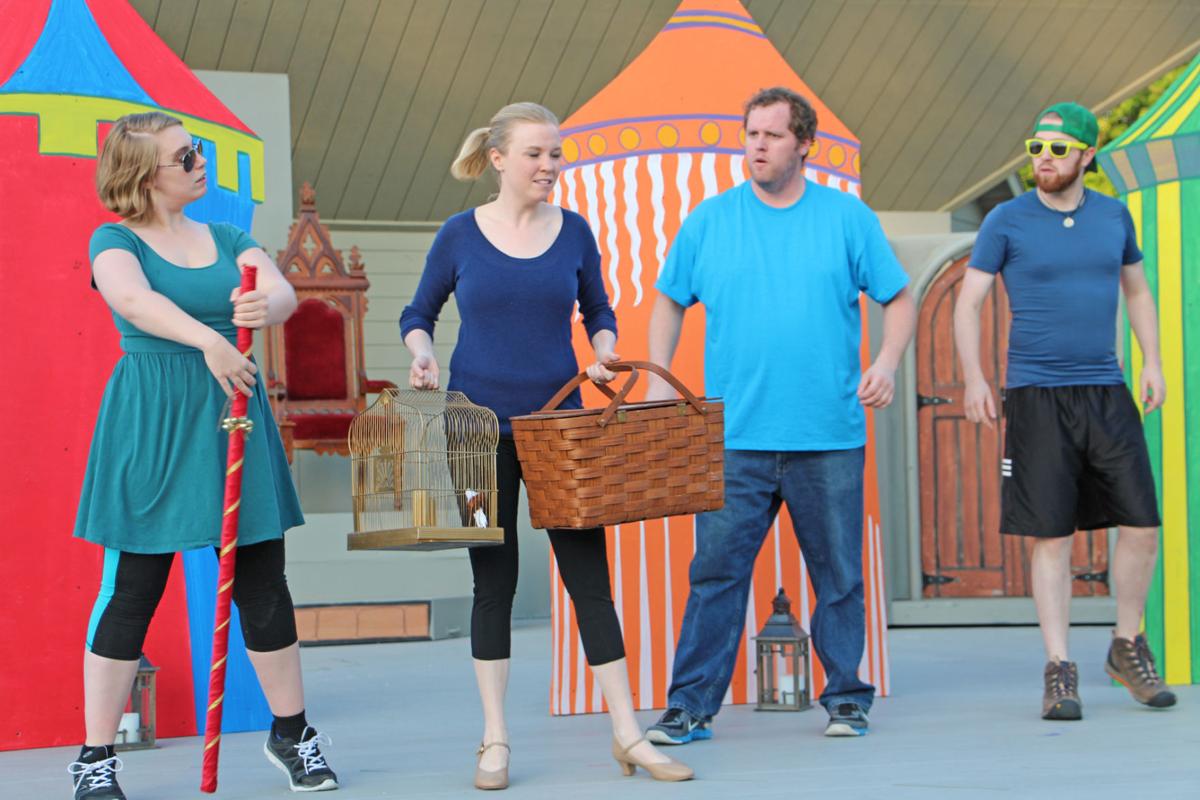 The Jester (Crystal Shoener), Lady Larken (Lynn Winkleman), King Sextimus (Mike Martin) and the Minstrel (Christian LaBissioniere) are pictured during a scene in which Jester, King Sextimus and Minstrel try to talk Lady Larken out of running away with her boyfriend, Sir Harry. 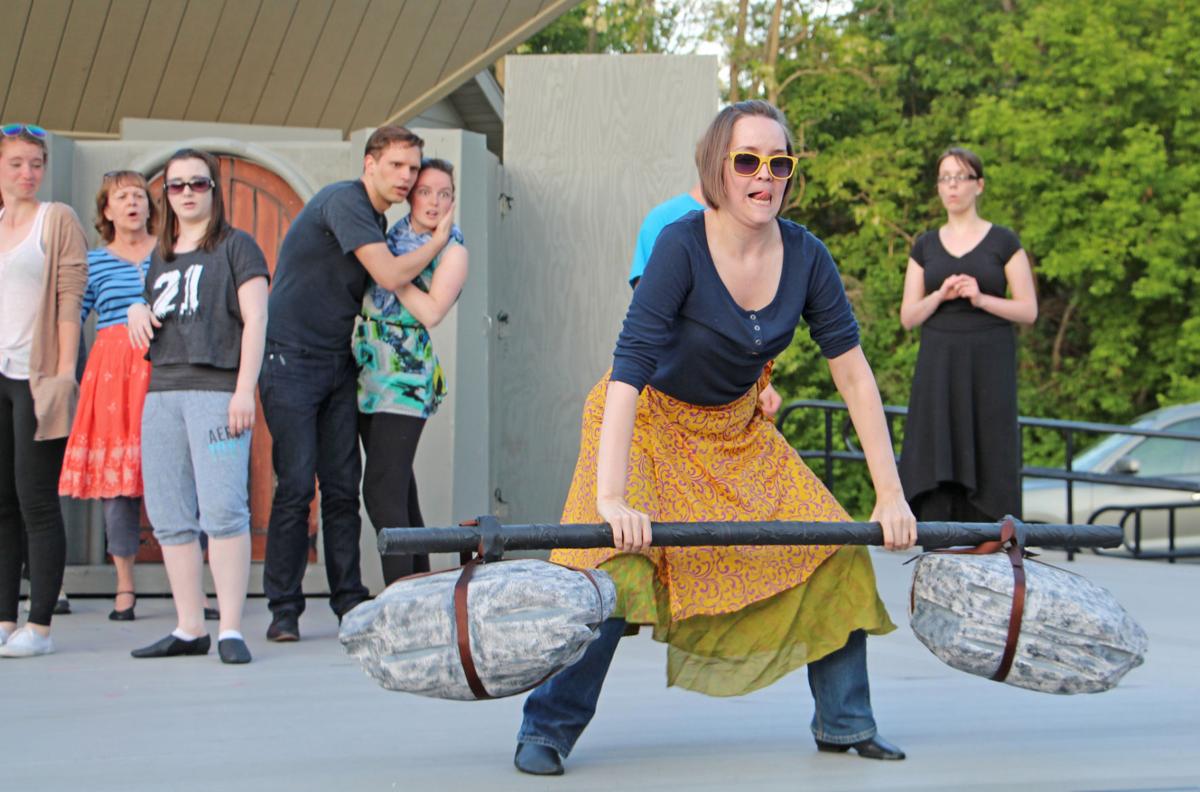 The Jester (Crystal Shoener), Lady Larken (Lynn Winkleman), King Sextimus (Mike Martin) and the Minstrel (Christian LaBissioniere) are pictured during a scene in which Jester, King Sextimus and Minstrel try to talk Lady Larken out of running away with her boyfriend, Sir Harry.

W hat happens when a woman swims across a moat to win a prince’s hand in marriage?

Community members attending Eden Prairie Players’ upcoming production of “Once Upon a Mattress” will find out. The show opens June 12 at the Staring Lake Amphitheatre.

“It’s a show about being real and knowing who you are,” said Director Jack Neveaux.

The musical, based on the story “The Princess and the Pea,” begins with Queen Aggravain and the wizard testing the latest candidate, Princess No. 12, to see if she is worthy of marrying her son, Prince Dauntless. This princess fails to meet the queen’s high standards and everyone in the kingdom is sad and frustrated.

“It’s a story about love and romance first and foremost, but it’s love and romance that’s frustrated,” Neveaux explained, “because of the rule the queen has laid down that no one in the kingdom can get married until the prince ... is married off. Can they find a princess that will satisfy the queen so that the marriage laws can be lifted?”

Life and hope return to the kingdom when a young woman named Winnifred (nicknamed Fred) swims the across the moat and presents herself as a candidate to marry the prince. The whole kingdom ends up rooting for her as she is tested by the queen, Neveaux said.

The show is Neveaux’s first time working with the Eden Prairie Players. He’s acted, directed, done sets and lights for 4 Community Theatre in Orono and directed shows for Buffalo Community Theater. Past shows he’s directed include Noel Coward’s “Private Lives,” “Death of a Salesman,” “Of Mice and Men,” “Cheaper by the Dozen” and “And Then There Were None.” Neveaux is a former Eden Prairie resident who now resides in Minnetonka.

He has a bachelor’s degree in theater from St. John’s University and a master’s degree in drama from San Francisco State University. He’s also practiced law in Wayzata for 30 years and teaches classes for St. Mary’s University’s business programs.

“I was interested in working on this show because I think there’s a lot more to it as it’s written for musical theater. There were themes that will reach out to adults as well as portraying the children’s story,” he said.

The show’s tone is that of a romantic comedy with music that is light and full of hope. The songs carry the plot along and help the characters move forward through the story, Neveaux said.

“They can expect they’ll see an excellent performance by a very talented cast,” he said. “This is one of the most talented casts musically, with the choreography and the acting, that I’ve had a chance to work with.”

About 40 cast members ranging from middle-school-aged students to upper middle-aged adults will bring the show to life. There are several Eden Prairie residents involved with the show and the others are from various parts of the metro. The cast also includes three sets of sisters. One of those sets will also be acting with their father, according to Neveaux.

When weather allows, the cast and crew have been rehearsing at the amphitheater. Rehearsing and acting in an outdoor venue brings its own set of challenges.

“They’ve done that here for 20-something years. It’s not a hurdle that can’t be overcome,” Neveaux said of the Eden Prairie Players.

Neveaux said there is no stage lighting, so the show must start as quickly as possible to be done before dusk. While a sound system will help reinforce the voices of the leading cast members, the others will have to project their voices so they can be heard. The actors also must always be cognizant of their location and direction on stage because of its shape.

What: Once Upon a Mattress

"Children ages 5 – 12 attending performances in royal costumes are invited to enter their names into a drawing for a family pack of tickets (4) to the 2015 Minnesota Renaissance Festival," according to the Eden Prairie Players' website.

How much do you know about local news?

Test your knowledge with the quiz below.