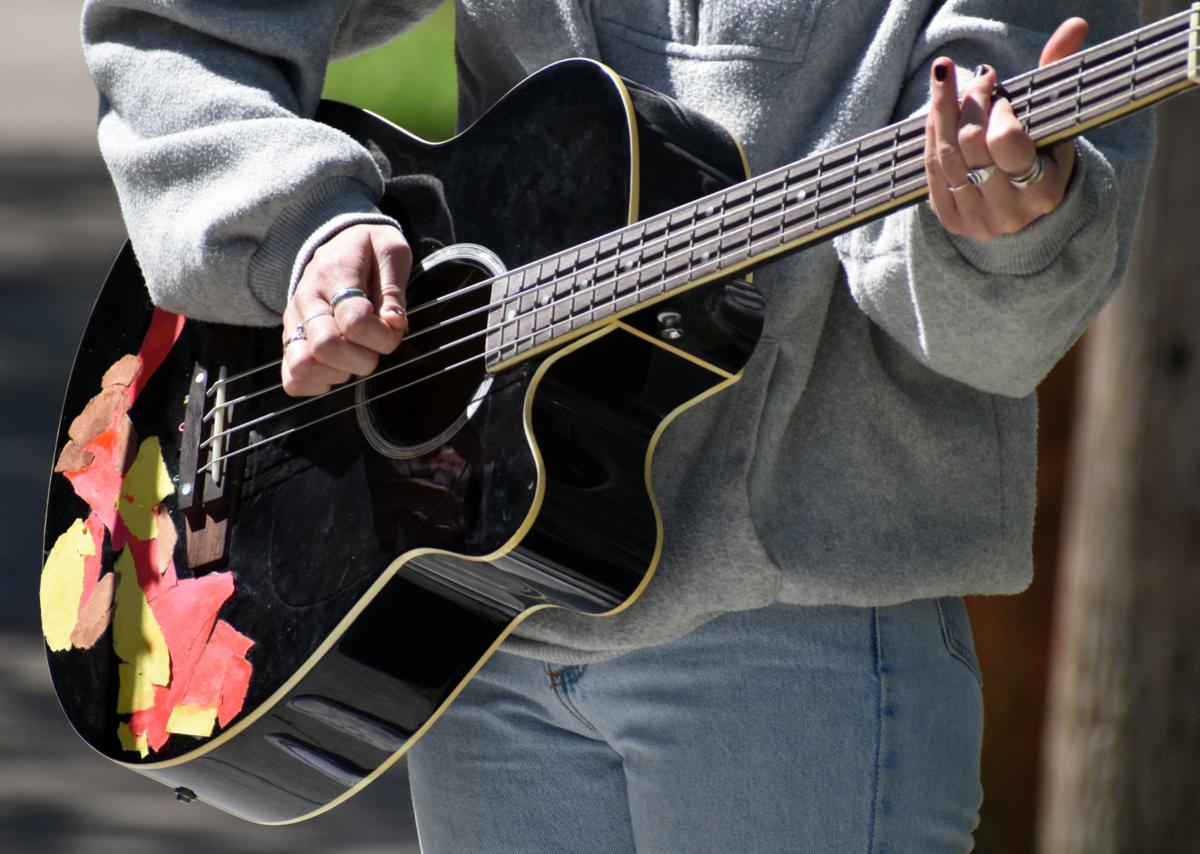 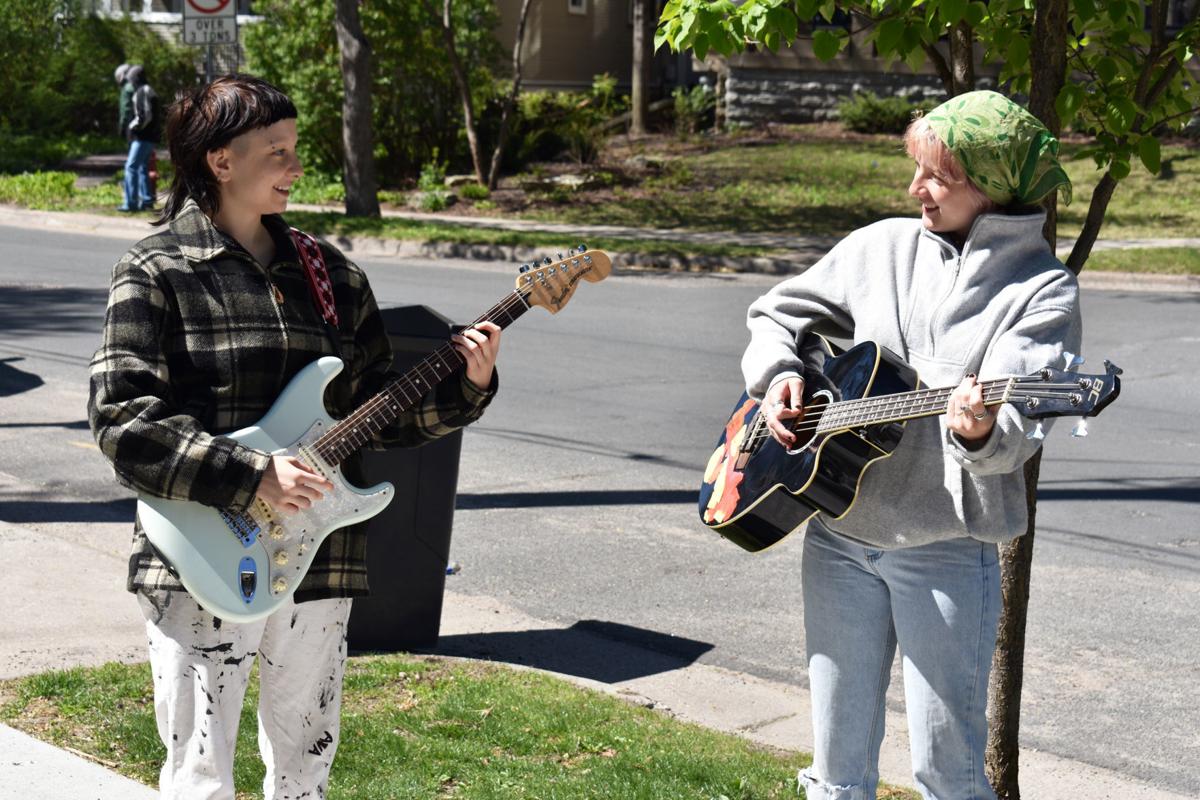 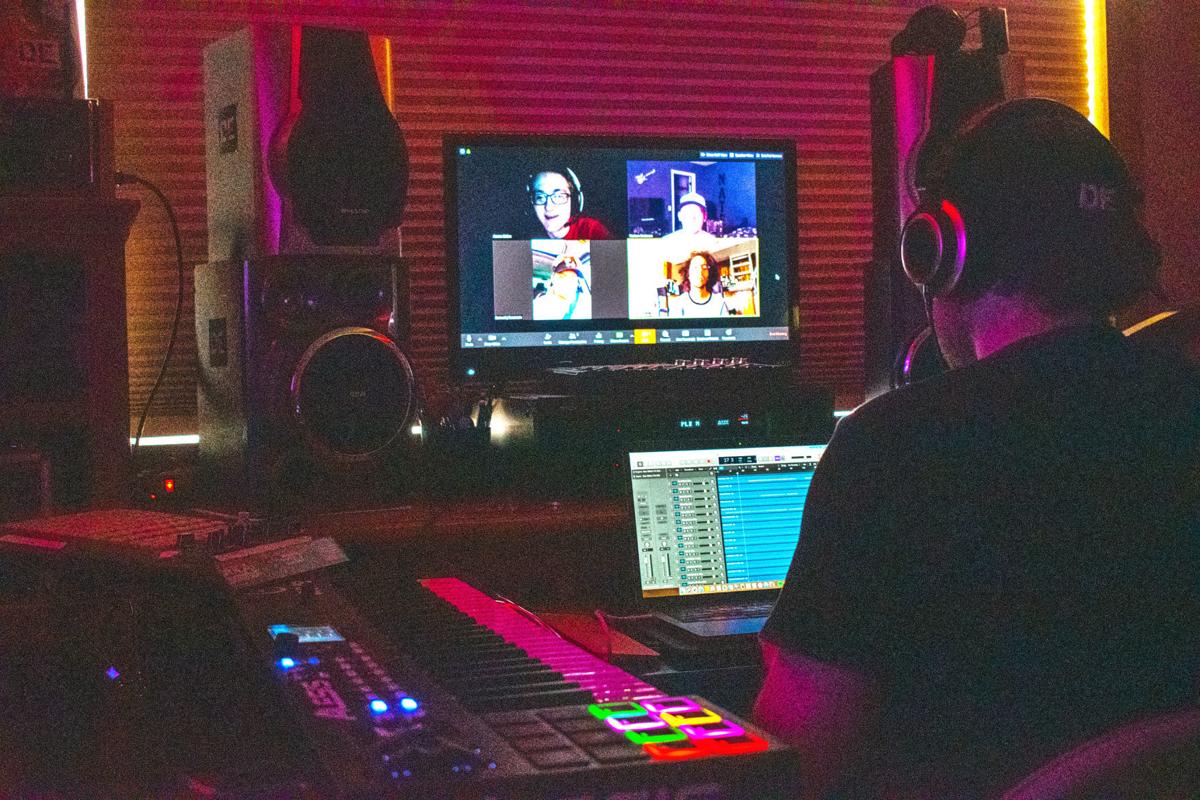 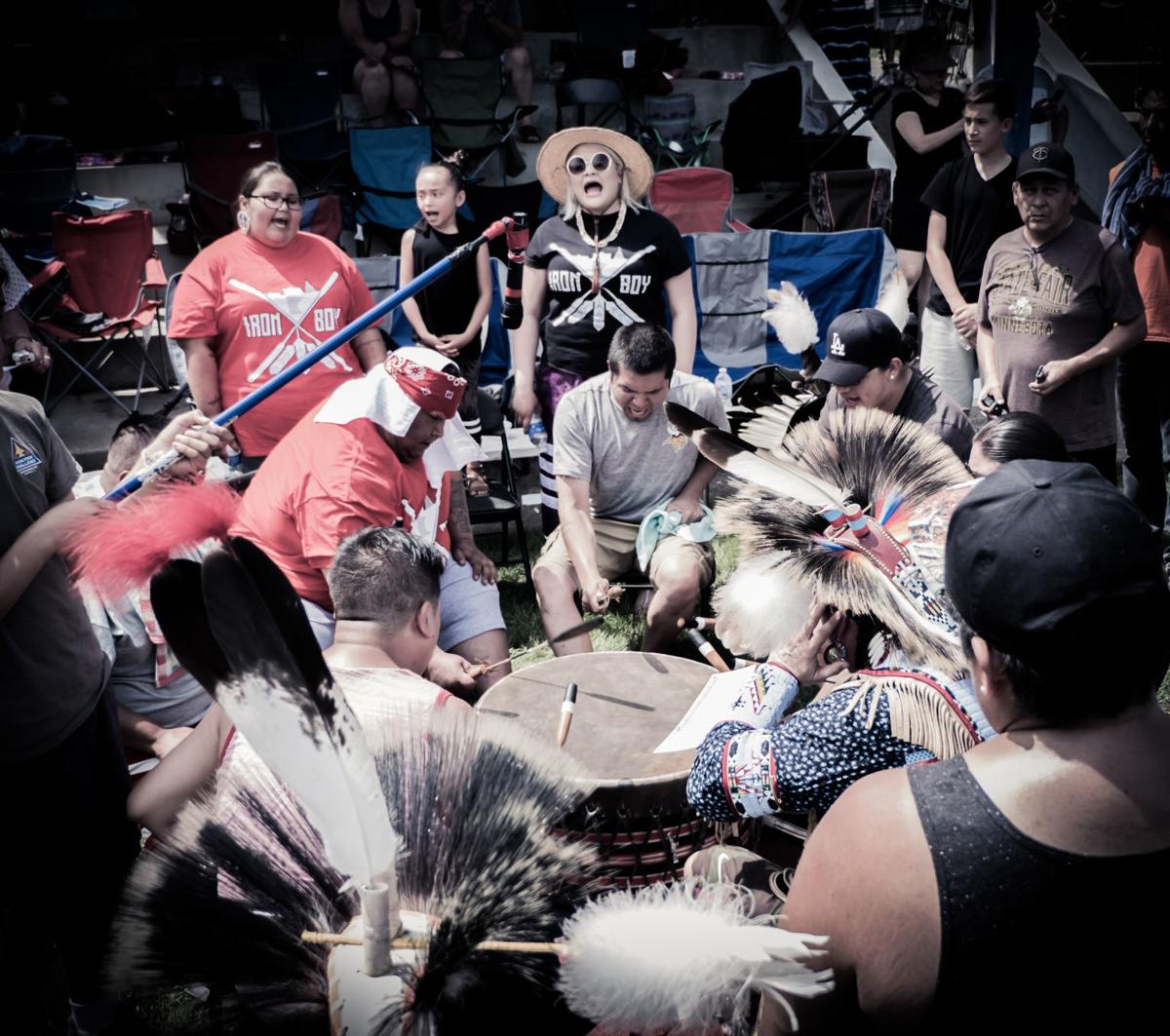 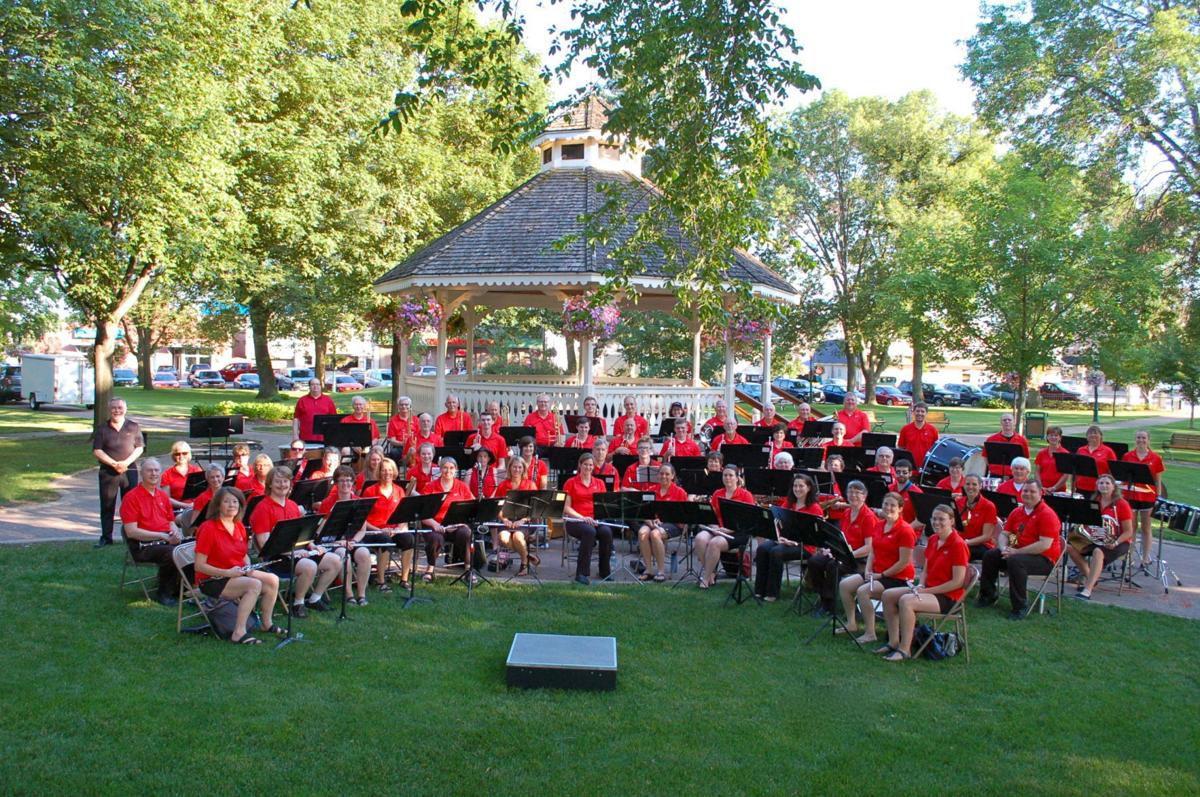 Inside his Eden Prairie frozen yogurt shop these days, Mark Miller might just be plucking away at his guitar. These days, when Freeziac customers aren’t around, he sometimes gets a tune or two out of his system.

The guitar player for the Eden Prairie group Mark Miller Band said his fellow musicians haven’t been able to play together since early March.

“It’s really just kind of everybody’s on their own and doing what they can do,” Miller said.

Lily Govrik and Ava Levy’s Minneapolis band, Sapphire, canceled shows through the summer due to the virus.

The Minnesota Valley Community Band, with 60-some active members, has stopped rehearsals altogether.

It’s a common theme for groups near and far: They’re trying their best to make music, but the times? They are a changin’.

“We’re really limited as to what we can work with, but we’re doing as much as we can,” said Sam Swanson, keyboardist for Chaska-based band Distant Edge.

The five-member alternative rock band had a show lined up with musician Blackbear and hoped to play in New York this summer, but things are looking different these days.

Today the college-aged band can record tracks, though independently, and work with a remote sound mixer to put it all together. Still, a question on lots of musicians’ minds remains.

“How are we going to keep this band going when we’re away from each other?” said Nolan Litschewski, Distant Edge’s vocalist.

The band was in the final stages of a new album. They need drums on one track, bass on a few others. They planned to release it around this time, but postponed it until early fall.

“What we all have to do is, ‘OK, let’s figure out how we’re going to play it together as a band now,’” Litschewski said.

With most of the members away for college, they weren’t strangers to coming together while apart. But summer was always go-time, and this year they won’t have those in-person rehearsals or shows.

“It feels bad just sitting around. It feels like wasted time,” Swanson said.

LOGGING ON, WAITING IT OUT

Steve Grady, marketing vice president with the choral group Minneapolis Commodores, said some of its 100-plus singers log on to laptops or phones once per week. The men have weekly video rehearsals, muting their “womp” vocal exercises and singing along to recorded tracks.

“A big part of our organization is the community and it’s just kind of great to see all of the guys,” said Grady, who lives in Chanhassen. “It’s just fun to get together again and make sure everyone’s doing well.”

For the first time in 33 years, the Minnesota Valley Community Band is canceling a concert. Per the state government’s stay-at-home order, groups — let alone music groups — are restricted, which applies to audiences and fans, too.

“It affects us, sort of psychologically. Music is a — they’ll say it’ll soothe you,” conductor Barry Fox said. “I miss it and the band misses it … It’s frustrating to not be able to play.”

Fox said some band members have taken alternative routes to filling that music hole. A trumpet player uses computer programs to play trios with himself. Some flautists have been practicing ensemble music in online groups.

For some, these online groups have been everything.

The Iron Boy drum circle competes frequently at powwows, which are Native American ceremonies, Rainey said. The group has around a dozen members.

It helps people stay in touch, Rainey said, and pass the time.

“We haven’t been able to go to those and everyone has been wanting to scratch that itch to go out and dance or go out and sing,” Rainey said. “We have yet to kind of master the singing together, like putting the video together type thing.”

On a personal level, he’s keeping busy working on projects for bigger artists like Bon Iver and collaborating with other bands virtually.

ADAPTING TO THE TIMES

Between arranging online concerts to not practicing together at all, area bands say life looks pretty different for musicians these days.

Miller said since Mark Miller Band can’t rehearse in his soundproofed basement, his drummer bought an electric drum kit for his own home.

“He’s sitting up, banging away on plastic pads all night long trying to work on stuff and not keep the babies up,” he said.

A far cry from their usual three-hour Monday night jam-and-beer session, the crew takes turns recording in their own homes. Then they’ll post a clip for the group.

“We’re just kind of trying to go with the flow and work with what comes,” said Levy, vocalist and guitarist with Sapphire.

She lives with Govrik, so they have about half the band together. But most of their shows are in the spring and summer. It’s prime time for performances, but there’s nothing they can do about it.

Still, they plan to release some music this summer and hope to get the band back together after the stay-at-home order is lifted.

“It’s really sad,” Levy said. “Our main thing as a band was playing shows and specifically like house shows…. It’s definitely going to change how we function.”

For the Minneapolis Commodores, they’ve got another challenge to think about: Spit.

“The ‘gotcha’ around singers is we’re super-spreaders,” Grady said.

Shoulder-to-shoulder singing poses a risk for members and the audience, so the group is waiting for an all-clear before coming together again.

“You just get going and stuff’s flying everywhere, unfortunately,” Grady said. “You can’t just sing through a mask. There’s just no good way to do that.”

Many of the Commodores are over 60 years old, putting even more of them at risk. Barbershop groups within the organization appeal to older people, Grady said, so it’s especially important to wait this whole thing out.

In the coming year, he’s not sure what’s in store for the group.

“We may be out of luck for the entire rest of the year in terms of performing or sharing,” he said.

Mark Miller Band members might get together at a distance later this summer, depending on how the world looks then.

“We could get together and play outside and stay away from each other but still play,” Miller said. “I don’t know. We’re not — we don’t have any specific plan for that at the moment.”

Rainey said he sees his drum circle community doing the best they can, adjusting with their best feet forward.

“We’re just taking that time to hold the things we hold close, to just hold them a little closer (and) make sure that we’re coming out of this better,” he said.