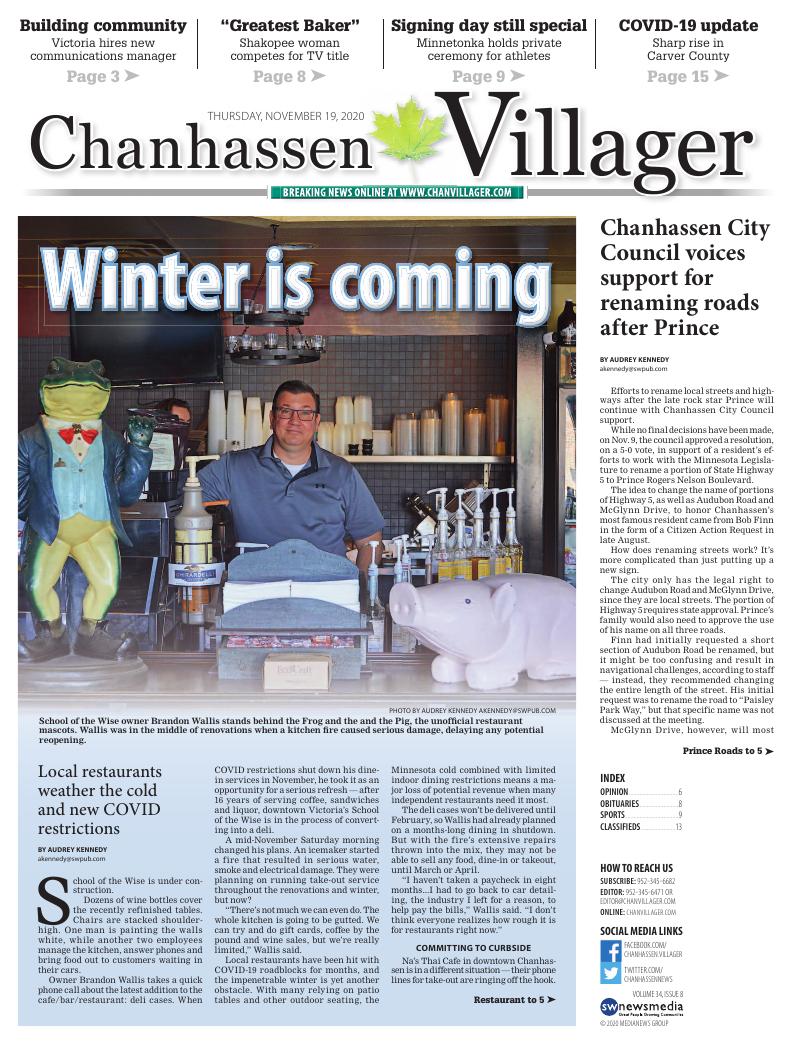 Editor's note: This story was written before Governor Walz announced new restrictions barring all in-person service at bars and restaurants.

Na’s Thai Cafe in downtown Chanhassen is in a different situation — their phone lines for take-out are ringing off the hook.

“We don't always do everything right every day. But we try, and it just feels good knowing that we have that community behind us,” Christina said.

With the parking lot patio closed for the winter, 50% capacity rules in effect and no counter service, Shakopee diner staple Wampach’s, which has been family-owned and operated since its opening in 1958, has been forced to change their decades-old ways.

The counter was a hangout spot for the many regulars who come for coffee and company, explained Dave Johnson, whose family bought Wampach's in 2001.

“A lot of our regulars are almost like friends. They come in at the same time on the same days, we know them by first names and they come in and get their 'spot,'" Johnson said. “When they walked in on the 14th, they didn’t know what to do.”

Whether it’s monetary donations, good reviews or (in Na's case) flowers sent to kitchen staff, Wampach’s, Na’s and School of the Wise have continued to receive support from their communities throughout the hard times.

Paisley Park’s current street address, as seen on a sign outside the building. A resident is asking the council to rename this section of Audubon Road as Paisley Park Way.

Efforts to rename local streets and highways after the late rock star Prince will continue with Chanhassen City Council support.

While no final decisions have been made, on Nov. 9, the council approved a resolution, on a 5-0 vote, in support of a resident’s efforts to work with the Minnesota Legislature to rename a portion of State Highway 5 to Prince Rogers Nelson Boulevard.

The idea to change the name of portions of Highway 5, as well as Audubon Road and McGlynn Drive, to honor Chanhassen’s most famous resident came from Bob Finn in the form of a Citizen Action Request in late August.

How does renaming streets work? It’s more complicated than just putting up a new sign.

The city only has the legal right to change Audubon Road and McGlynn Drive, since they are local streets. The portion of Highway 5 requires state approval. Prince’s family would also need to approve the use of his name on all three roads.

Finn had initially requested a short section of Audubon Road be renamed, but it might be too confusing and result in navigational challenges, according to staff — instead, they recommended changing the entire length of the street. His initial request was to rename the road to “Paisley Park Way,” but that specific name was not discussed at the meeting.

McGlynn Drive, however, will most likely remain unchanged. A short cul-de-sac off of Audubon Road that holds Small World Learning Center but is mostly undeveloped, staff recommended not renaming the street because of other developer interests that could vacate and rework the property.

For those on Audubon Road, it’s more complicated. Personal contact information, driver’s licenses, utility billing and mortgages could all be affected, which would incur additional costs for residents or the city.

Eleven properties would be impacted; seven are single-family homes and four are commercial businesses, including Paisley Park. Of the five property owners that responded to the city’s informal questions about the renaming, three were strongly opposed and two were in favor.

The process would take about four months and cost approximately $2,000, according to a staff report. The city must also hold a public hearing before the potential change.

While no decisions were made on the renaming of Audubon Road, the council voiced support for the change and will continue to work with Finn and his colleague Mark Webster on next steps.

“I really support pursuing the state highway aspect; there’s a lot more visibility along Highway 5. This is bigger than just Chanhassen — it is Chanhassen, that’s where Paisley Park is, that’s Prince. He’s special to us and all Minnesotans,” Mayor Elise Ryan said. 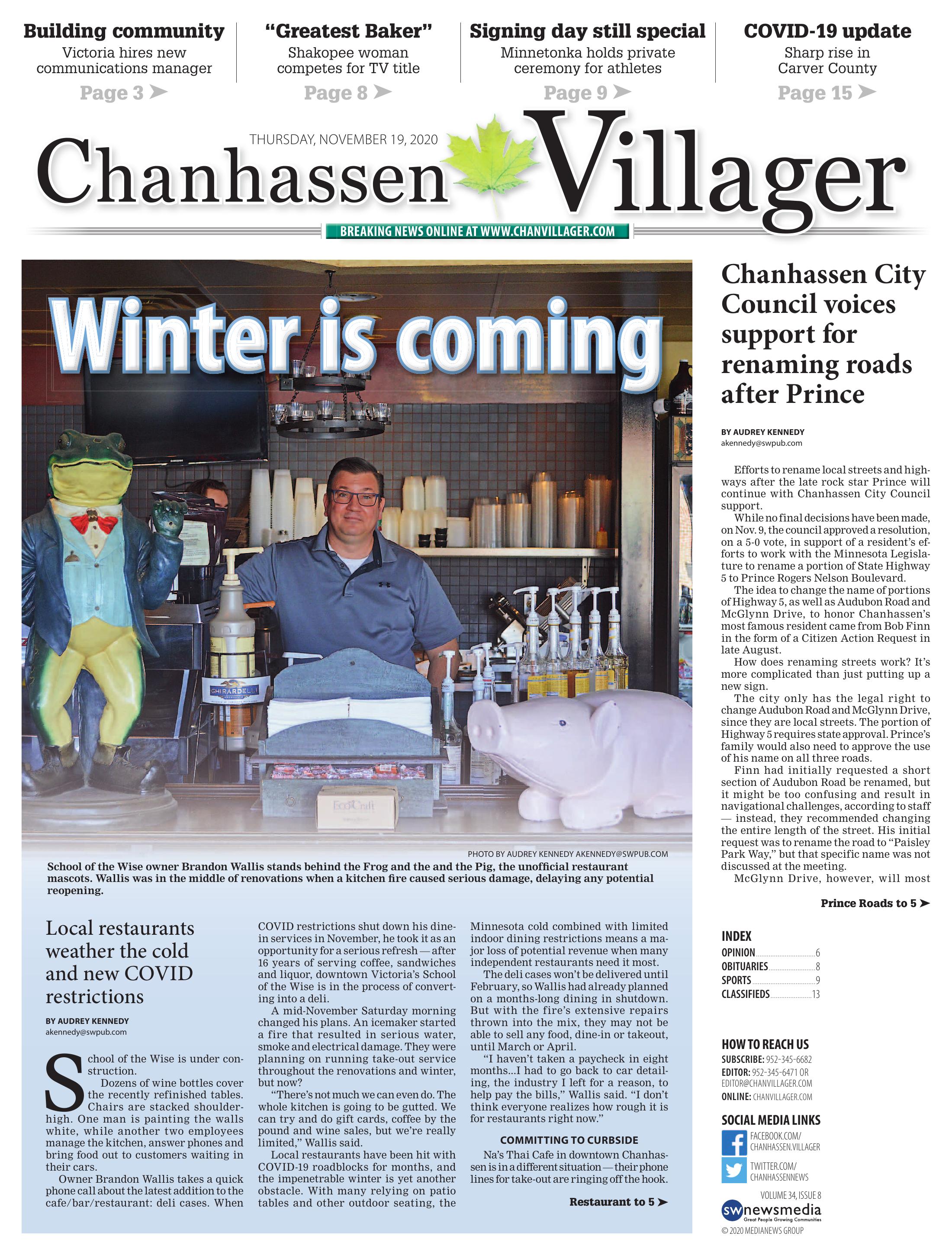