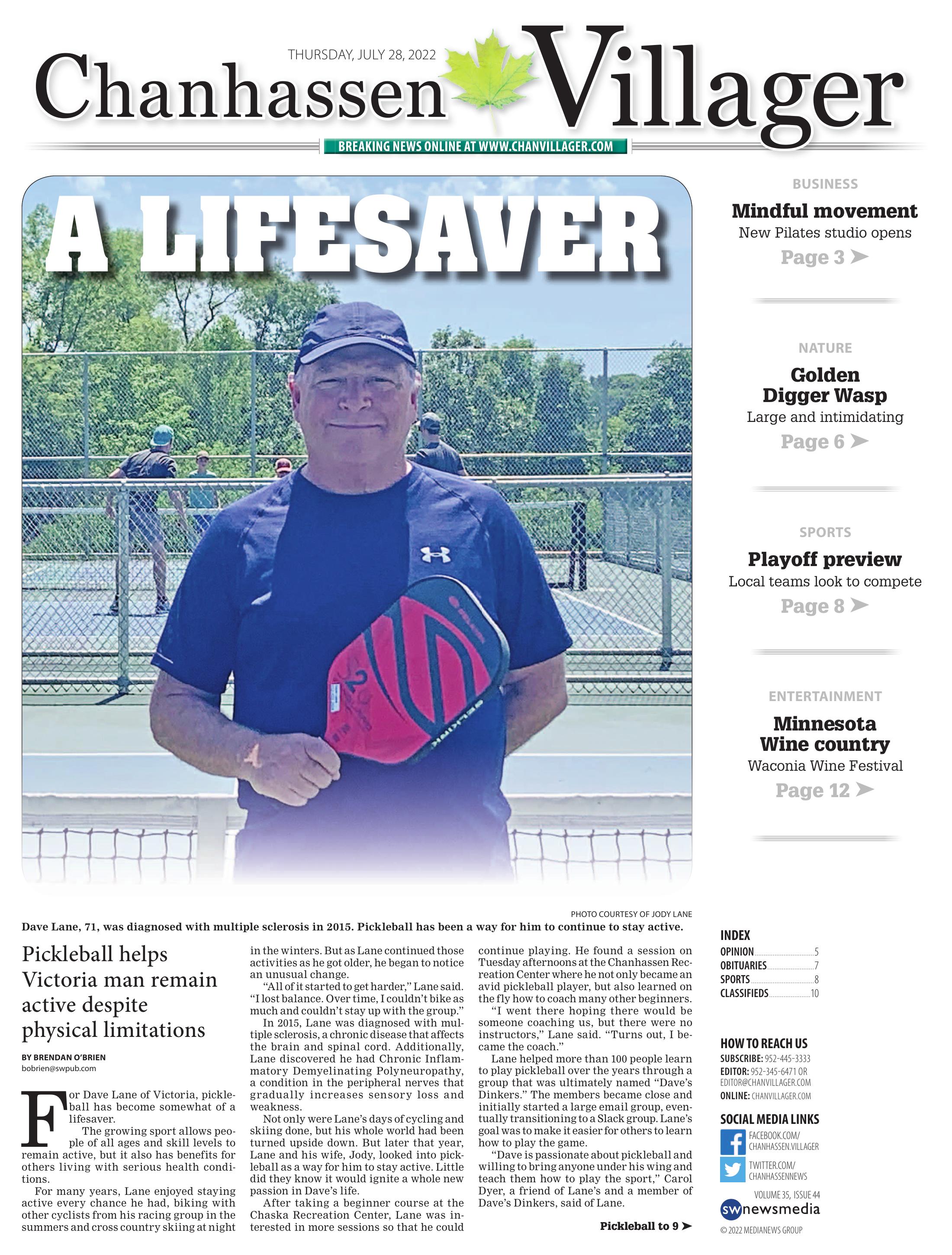 Dave Lane, 71, was diagnosed with multiple sclerosis in 2015. Pickleball has been a way for him to continue to stay active.

For Dave Lane of Victoria, pickleball has become somewhat of a lifesaver.

The growing sport allows people of all ages and skill levels to remain active, but it also has benefits for others living with serious health conditions.

For many years, Lane enjoyed staying active every chance he had, biking with other cyclists from his racing group in the summers and cross country skiing at night in the winters. But as Lane continued those activities as he got older, he began to notice an unusual change.

“All of it started to get harder,” Lane said. “I lost balance. Over time, I couldn’t bike as much and couldn’t stay up with the group.”

In 2015, Lane was diagnosed with multiple sclerosis, a chronic disease that affects the brain and spinal cord. Additionally, Lane discovered he had Chronic Inflammatory Demyelinating Polyneuropathy, a condition in the peripheral nerves that gradually increases sensory loss and weakness.

Not only were Lane’s days of cycling and skiing done, but his whole world had been turned upside down. But later that year, Lane and his wife, Jody, looked into pickleball as a way for him to stay active. Little did they know it would ignite a whole new passion in Dave’s life.

After taking a beginner course at the Chaska Recreation Center, Lane was interested in more sessions so that he could continue playing. He found a session on Tuesday afternoons at the Chanhassen Recreation Center where he not only became an avid pickleball player, but also learned on the fly how to coach many other beginners.

“I went there hoping there would be someone coaching us, but there were no instructors,” Lane said. “Turns out, I became the coach.”

Lane helped more than 100 people learn to play pickleball over the years through a group that was ultimately named “Dave’s Dinkers.” The members became close and initially started a large email group, eventually transitioning to a Slack group. Lane’s goal was to make it easier for others to learn how to play the game.

“Dave is passionate about pickleball and willing to bring anyone under his wing and teach them how to play the sport,” Carol Dyer, a friend of Lane’s and a member of Dave’s Dinkers, said of Lane.

According to Lane, an important part of his story is that he is not the only one playing pickleball while also living and dealing with a physical condition like a hip or knee replacement. John Shenk, for example, is a Chaska resident who has played pickleball for about 10 years and was diagnosed with Parkinson’s disease in February 2022.

“Part of having Parkinson’s is doctors really encourage activity level and level of play as much as you can, so it’s good for treating the disease,” Shenk said. “Playing is great. It’s something I get to look forward to each day. I can’t play at the level I once was at but I find others around my competition level. It makes it fun.”

Lane, now 71, plays pickleball up to four days a week and also continues to help out with beginner pickleball classes. While Lane was the main leader teaching others how to play, the members helped give him an outlet for physical activity and socialization.

“It’s not about pickleball, it’s the people. That’s what has sustained me,” Lane said. “The best part is sitting out a game and talking to someone. I’ve seen so many friends come together, it’s heart-warming.”