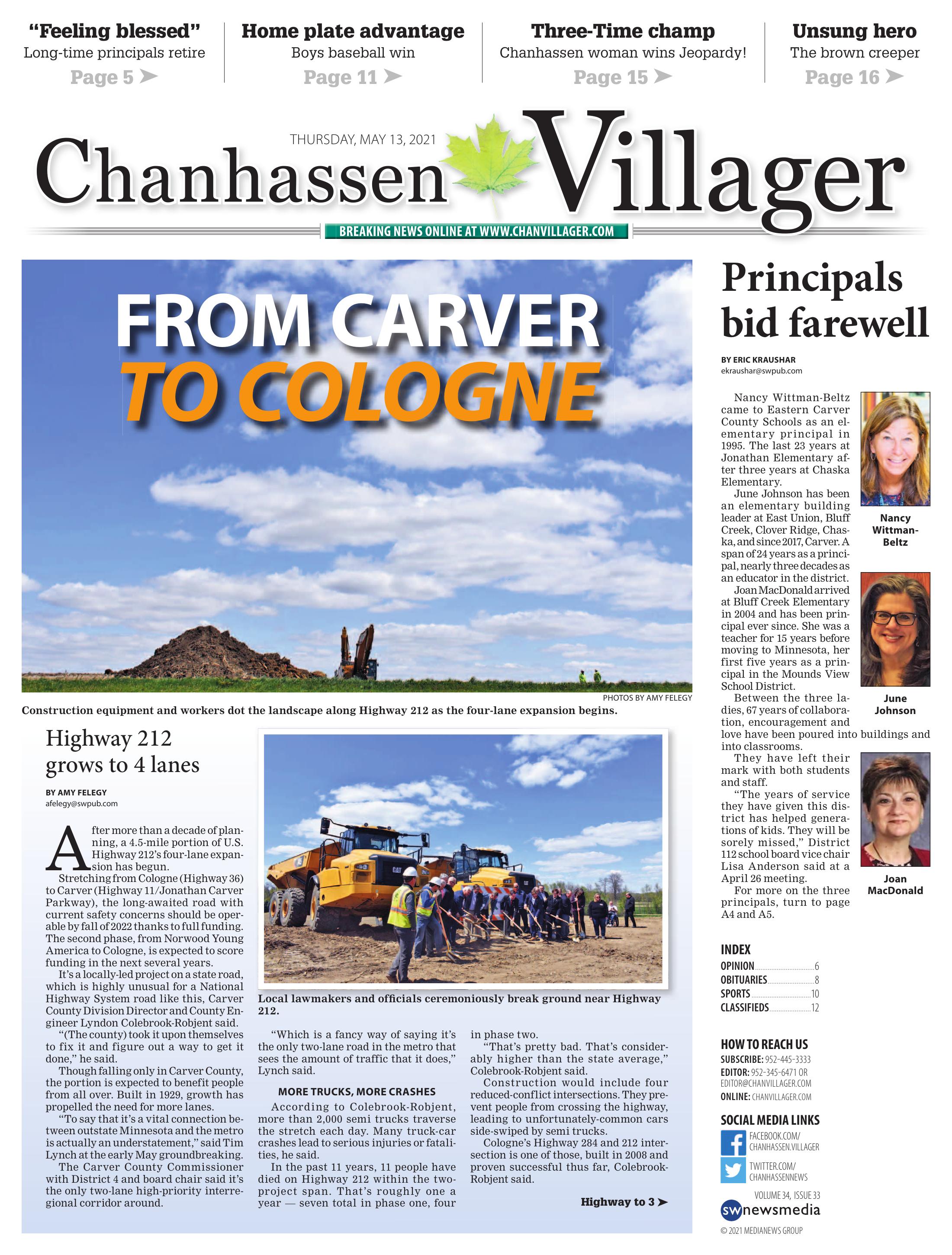 Construction equipment and workers dot the landscape along Highway 212 as the four-lane expansion begins.

Gold Highway 212 project shovels await their first use at the May 4, 2021 groundbreaking.

After more than a decade of planning, a 4.5-mile portion of U.S. Highway 212’s four-lane expansion has begun.

Stretching from Cologne (Highway 36) to Carver (Highway 11/Jonathan Carver Parkway), the long-awaited road with current safety concerns should be operable by fall of 2022 thanks to full funding. The second phase, from Norwood Young America to Cologne, is expected to score funding in the next several years.

It’s a locally-led project on a state road, which is highly unusual for a National Highway System road like this, Carver County Division Director and County Engineer Lyndon Colebrook-Robjent said.

“(The county) took it upon themselves to fix it and figure out a way to get it done,” he said.

Though falling only in Carver County, the portion is expected to benefit people from all over. Built in 1929, growth has propelled the need for more lanes.

“To say that it’s a vital connection between outstate Minnesota and the metro is actually an understatement,” said Tim Lynch at the early May groundbreaking.

The Carver County Commissioner with District 4 and board chair said it’s the only two-lane high-priority interregional corridor around.

“Which is a fancy way of saying it’s the only two-lane road in the metro that sees the amount of traffic that it does,” Lynch said.

According to Colebrook-Robjent, more than 2,000 semi trucks traverse the stretch each day. Many truck-car crashes lead to serious injuries or fatalities, he said.

In the past 11 years, 11 people have died on Highway 212 within the two-project span. That’s roughly one a year — seven total in phase one, four in phase two.

Construction would include four reduced-conflict intersections. They prevent people from crossing the highway, leading to unfortunately-common cars side-swiped by semi trucks.

“To say that it's a vital connection between outstate Minnesota and the metro is actually an understatement.”

Cologne’s Highway 284 and 212 intersection is one of those, built in 2008 and proven successful thus far, Colebrook-Robjent said.

“None of the local roads that connect 212 now will you be able to go straight through. That’s unique in that it’s a relatively new safety measure,” he said. 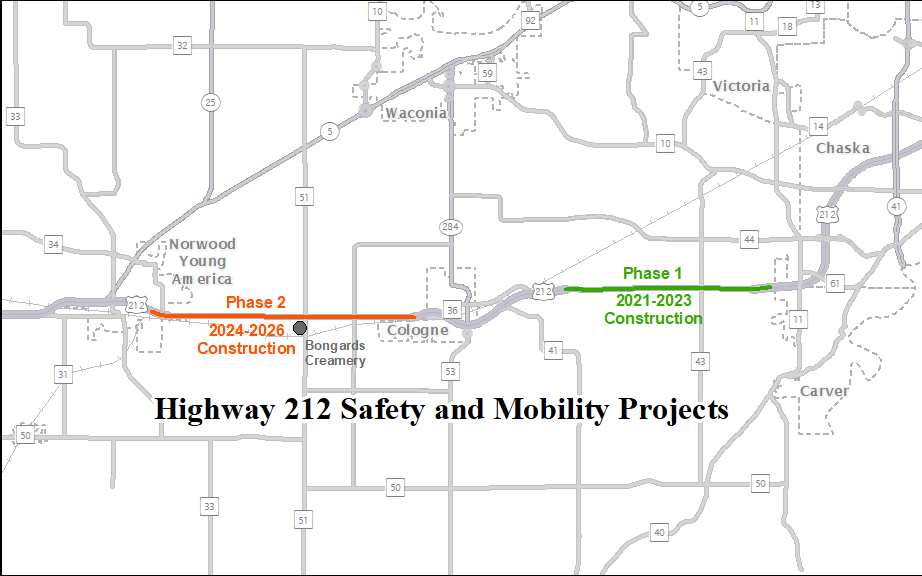 The two phases of the Highway 212 project.

Other officials spoke to the highway’s safety needs at the groundbreaking.

County Commissioner Jim Ische said his youngest daughter lost two friends on the road in two separate accidents. He knows another family who lost a mother and oldest son.

“We’ve had many injury-related crashes and accidents, so today’s a good day,” Ische said.

GROWTH ACROSS THE REGION

“With Carver, they’re booming,” he said. “So this will probably accelerate that somewhat to the west.”

On the west edge of phase one’s section, there’s a Fleet Farm and increased housing development. The new road will give easier access to both. 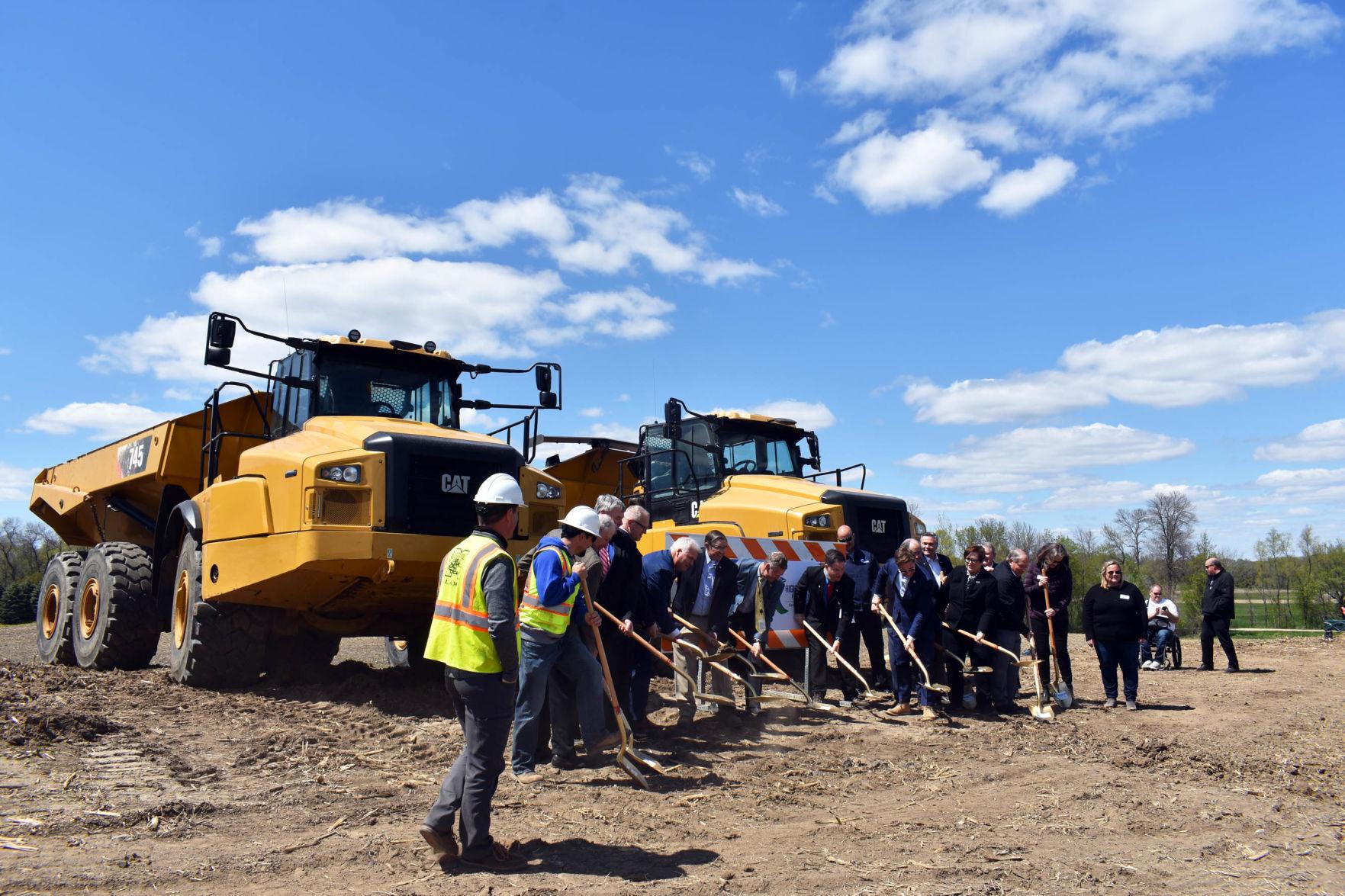 At the groundbreaking, Carver County Commissioner John Fahey said the project will soon support farmers and agricultural industries “immensely.” It increases reach: Food and products will soon travel across Minnesota, the U.S., and world with more ease, he said.

Money-wise, cities should see a thumbs-up impact, too.

“Expanding this highway brings economic growth to our smaller cities here in western Carver County and beyond,” Fahey said. “We all know Highway 212 is a great asset — a lot of us probably here in this great place in Carver County — but to the entire state and region.”

The highway links the Twin Cities metro to Carver County, and to western Minnesota.

County officials agreed the expansion should offer more mobility to nearby residents. They might be able to find more-affordable housing with a shorter commute, Fahey said.

Lynch said this project offers more than a handful of benefits: Upping employment opportunities. Pushing more competition into the economy. Making way for future development along the highway.

All that, along with improving travel time and safety, makes the area more desirable for residents, travelers and businesses, Lynch said.

Two grants helped this near-$50 million buildout grow from a highly anticipated idea to a fully-funded reality. 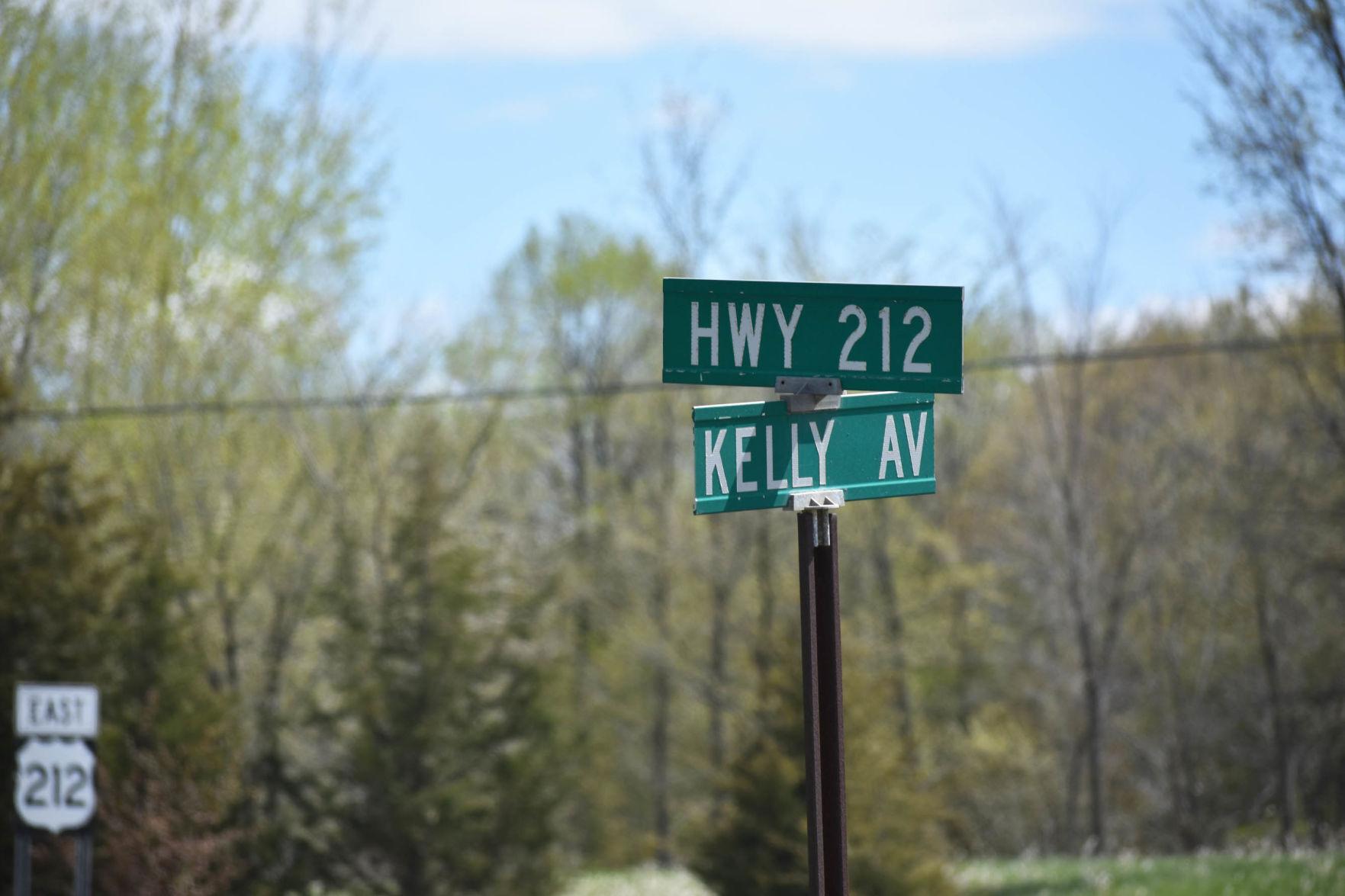 The Highway 212 and Kelly Avenue intersection.

The first was a competitive $7 million grant from the Metropolitan Council. That money is rooted federally, streaming to Minnesota and administered through the Council, Colebrook-Robjent said. Around $200 million is granted every other year regionally, he said.

Beyond the grants, county and local sales tax budgeted $9 million. The state funded an additional $14 million, plus administered construction which eases county costs.

Since the county got “pretty good favorable bids” from construction companies, it saved money — almost $12 million between freight program and sales tax budgets. That means it may not need to use all budgeted funds for phase one, shifting some to the next phase to speed things up to the west, Colebrook-Robjent said.

Now that funding is a go and road work has begun, up next on the docket is adjusting property that runs along the highway.

Since the roads are getting wider, the county bought a few parcels of land from residents and farmers, Colebrook-Robjent said. That includes at least one barn, a house and some other buildings.

After a noise evaluation, there won’t be any noise walls like berms since homes are few and far between along that part of 212. They’re common along freeways, but this is labeled as an expressway.

In addition to the four lane expansion, highway pavement will be upgraded and the highway portion in Dahlgren Township will see realignment.

All that construction means travelers can expect a few things, according to the county: Road work. Short delays on weekdays from 9 a.m. to 3 p.m. Trucks hauling materials on nearby county highways. A May-to-June Kelly Avenue closure between Highway 212 and County Road 140.

But perhaps met most-highly with relief? There won’t be any Highway 212 detours. Plus, driveways and fields will be fully-accessible during construction.

After this segment is complete, the county is crossing its fingers to reach the finish line for phase two.

“We really need (the Legislature) to help us fund the last gap, which is another five miles from Cologne to Norwood Young America,” Colebrook-Robjent said. “It needs to be done. We’ve done one. We hope that the next won’t take another 11 years.”

Nancy Wittman-Beltz came to Eastern Carver County Schools as an elementary principal in 1995. The last 23 years at Jonathan Elementary after three years at Chaska Elementary.

June Johnson has been an elementary building leader at East Union, Bluff Creek, Clover Ridge, Chaska, and since 2017, Carver. A span of 24 years as a principal, nearly three decades as an educator in the district.

Joan MacDonald arrived at Bluff Creek Elementary in 2004 and has been principal ever since. She was a teacher for 15 years before moving to Minnesota, her first five years as a principal in the Mounds View School District.

Between the three ladies, 67 years of collaboration, encouragement and love have been poured into buildings and into classrooms.

They have left their mark with both students and staff.

“The years of service they have given this district has helped generations of kids. They will be sorely missed,” District 112 school board vice chair Lisa Anderson said at a April 26 meeting.

For more on the three principals, turn to page A4 and A5.