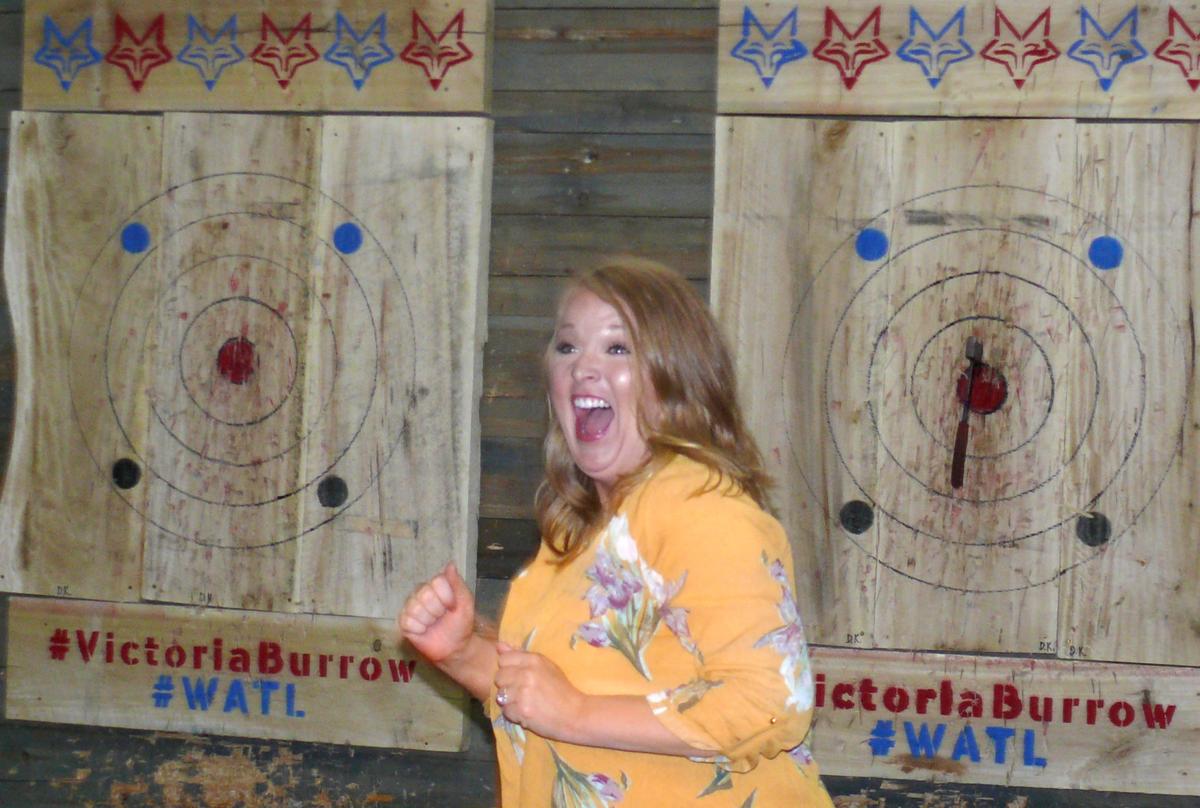 Erin Weier, of Maple Grove, gives a cheer after hitting a bulls eye while ax throwing at Victoria Burrow. 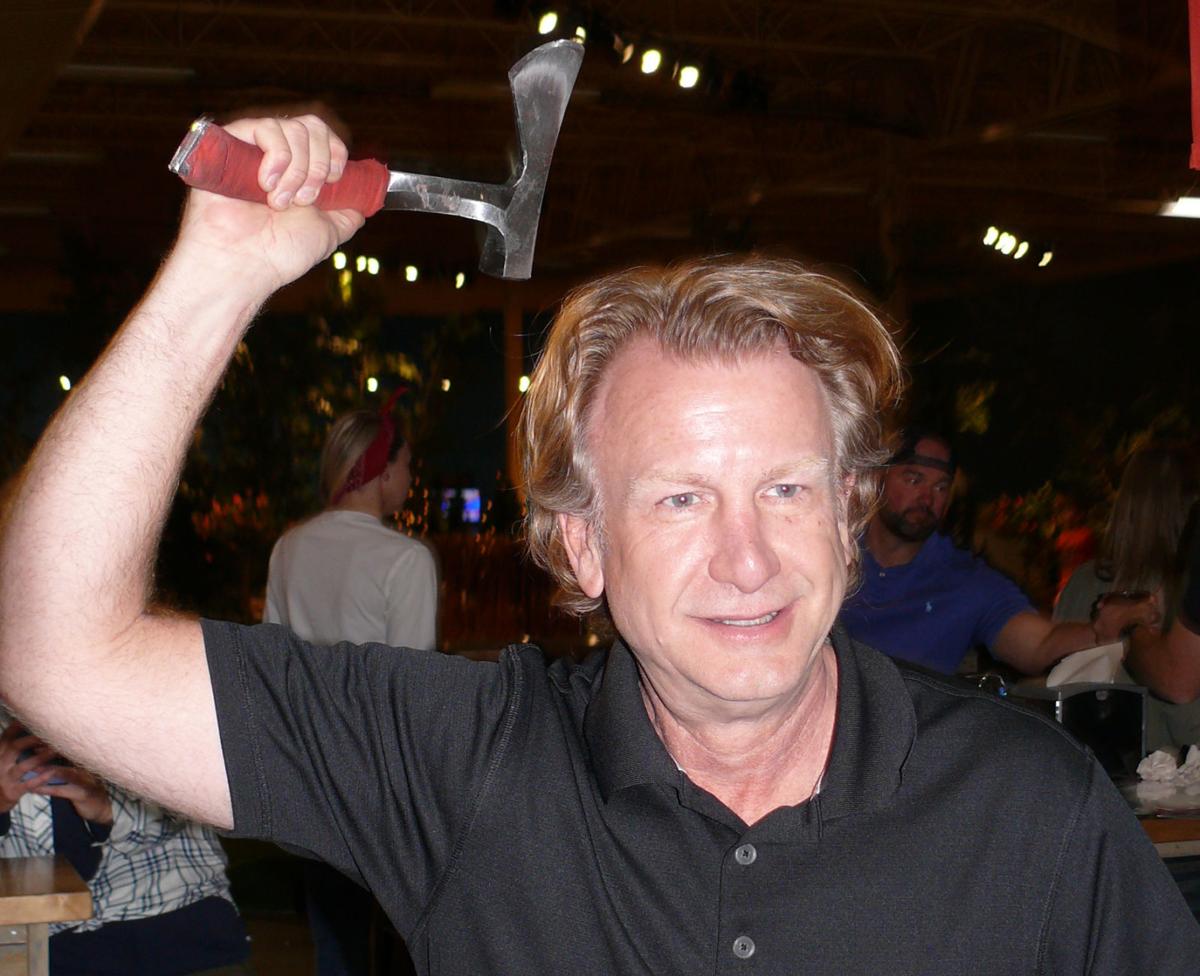 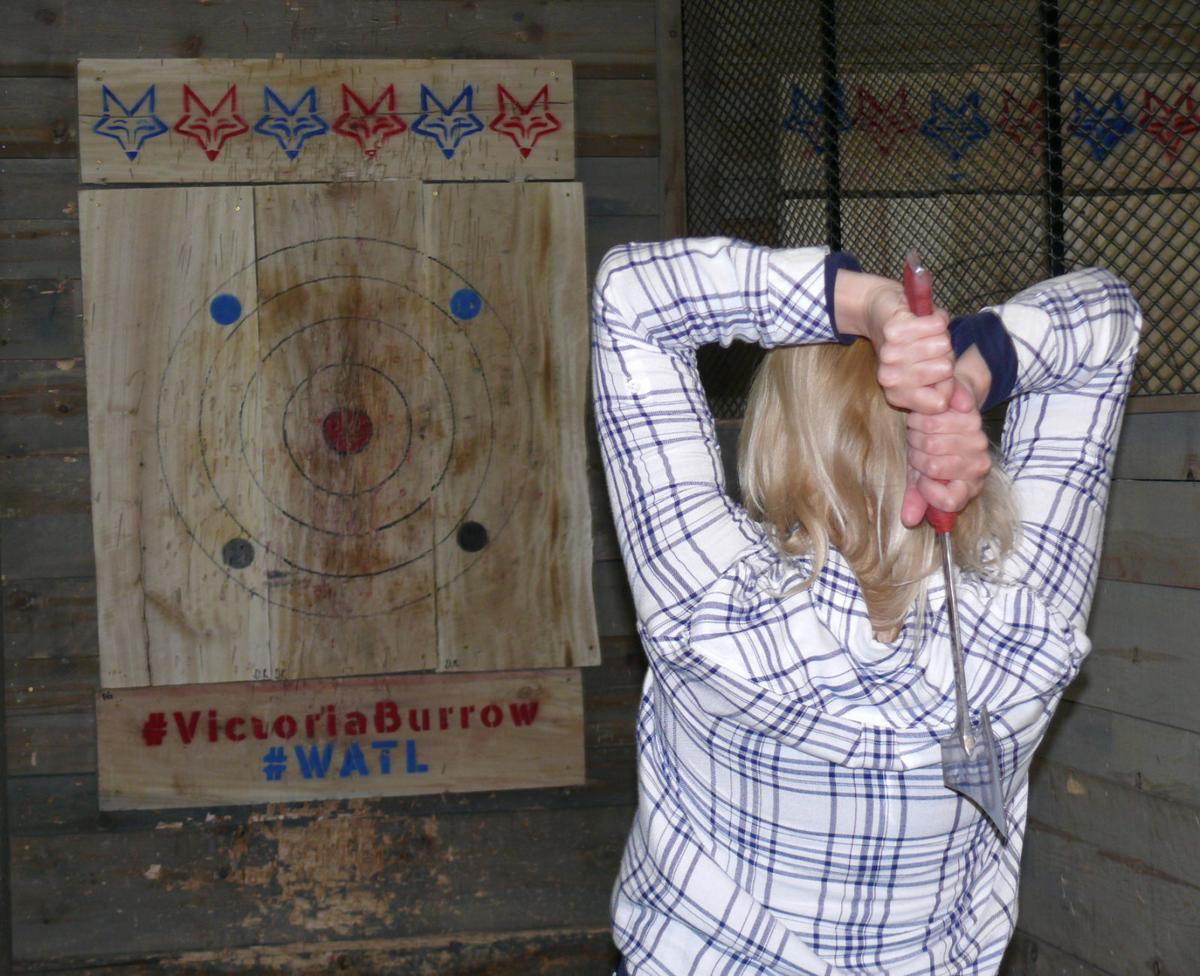 Ax throwing is a popular pastime at Victoria Burrow.

Erin Weier, of Maple Grove, gives a cheer after hitting a bulls eye while ax throwing at Victoria Burrow.

Ax throwing is a popular pastime at Victoria Burrow.

Erin Weier, who calls herself very adventurous, celebrated her birthday by throwing axes.

“I love this place,” said Weier, 33, of Maple Grove, shortly after getting a bull’s-eye at Victoria Burrow’s ax-chucking area. “It’s like an adult play land. I think I was meant for this!”

Weier was joined on Saturday in late May by nine others, including her husband Brandon, at the restaurant/bar/entertainment center in Victoria.

“It’s a way to just let everything out,” Erin added. “This was our first time trying this and we all just love it.”

Jennifer Rock of Bloomington and Brian Beers of Lakeville tried the ax throwing as part of their date.

“I’m doing this because it’s more exciting than mini-golf,” Rock said, while looking at the unique mini-golf course, also inside Victoria Burrow.

“This is awesome,” Beers said, laughing a bit when he said he wasn’t sure drinking alcohol and throwing axes on a date was the best idea.

“We’ve only been dating a few months. I don’t think we’re at the stage where I need to worry about how good of an ax-thrower she might be,” he said with a smile.

The ax-throwing area is very popular, judging by the number of people waiting to play.

“What we found was that people wanted to be entertained when they go out to eat,” said Amanda Neitzke, assistant manager at the facility at 7999 Victoria Dr. “Too often in the restaurant industry people are on their phones and not engaging. We wanted a place where people can dine, drink, play games and interact with each other.”

“We wanted it to be fresh and fun,” Neitzke added. “It seems to be working really well. We have people from all over who have been here.”

An initial hour-long chucking session includes training, demonstrations, safety protocols and throwing. There is no minimum or maximum number for throwers in a group.

“Safety is by far our biggest concern,” she said, adding that staff prevents anyone inebriated from participating. “People have been very good about it all and realize that keeping everyone safe while having this kind of fun is very important.”

The axes vary in length and weight, and there is a specific throwing lane for those who may have strength limitations. One lane is designated for those who don’t want to throw for a full hour, while another lane has two targets to accommodate a larger group.

“All I can tell you is that doing something like this on a weekend, especially after the work week I just had, this is wonderful,” said Adam Smitkers of Minneapolis. “I never knew how it could be such a good way to release stress by throwing an ax at a target.”

Billie Jamison, 32, of Shakopee, said posting a photo of her throwing an ax on her dating site might “create some action.”

“I’m not really sure what type of guy I might get for a response from that picture, but I think it would certainly generate some comments and hopefully a few dates,” she said, while getting nods of approval and smiles from friends. “At least they would know that I have experience throwing an ax. That will tell me how brave they are.”

What: A restaurant/bar entertainment center in Victoria (with axe throwing).