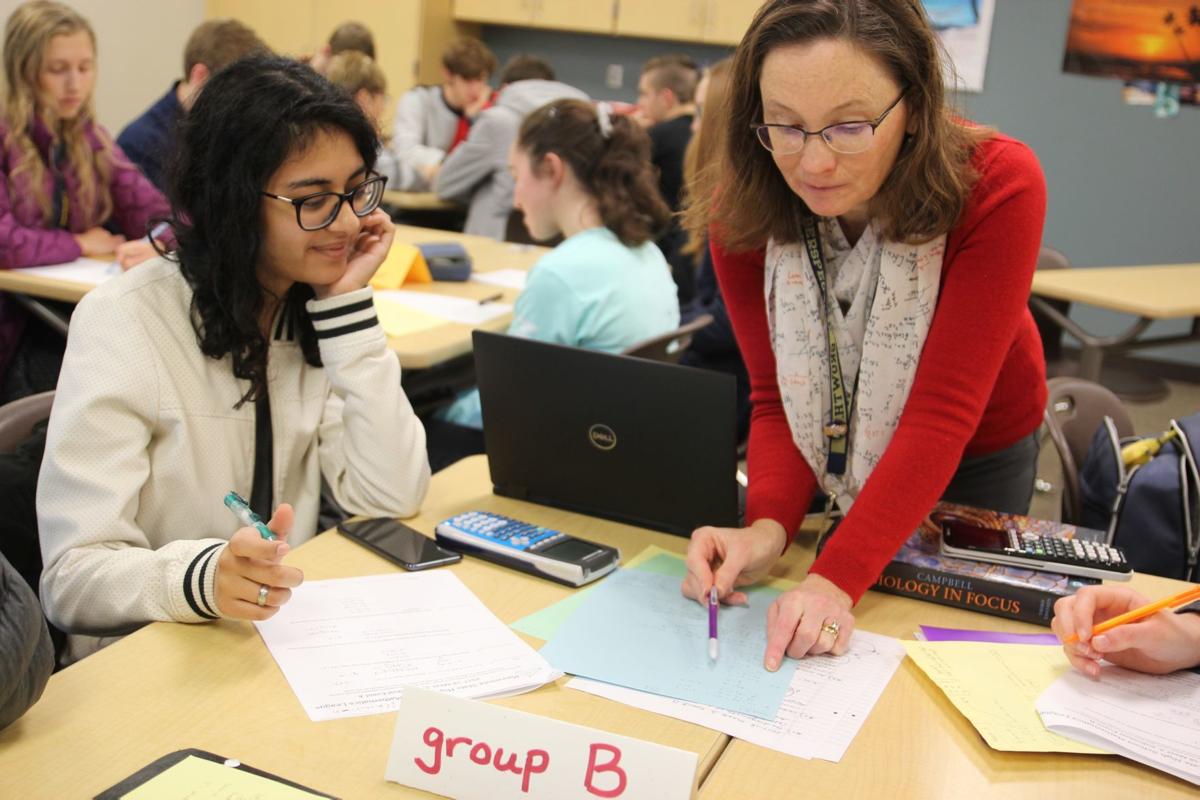 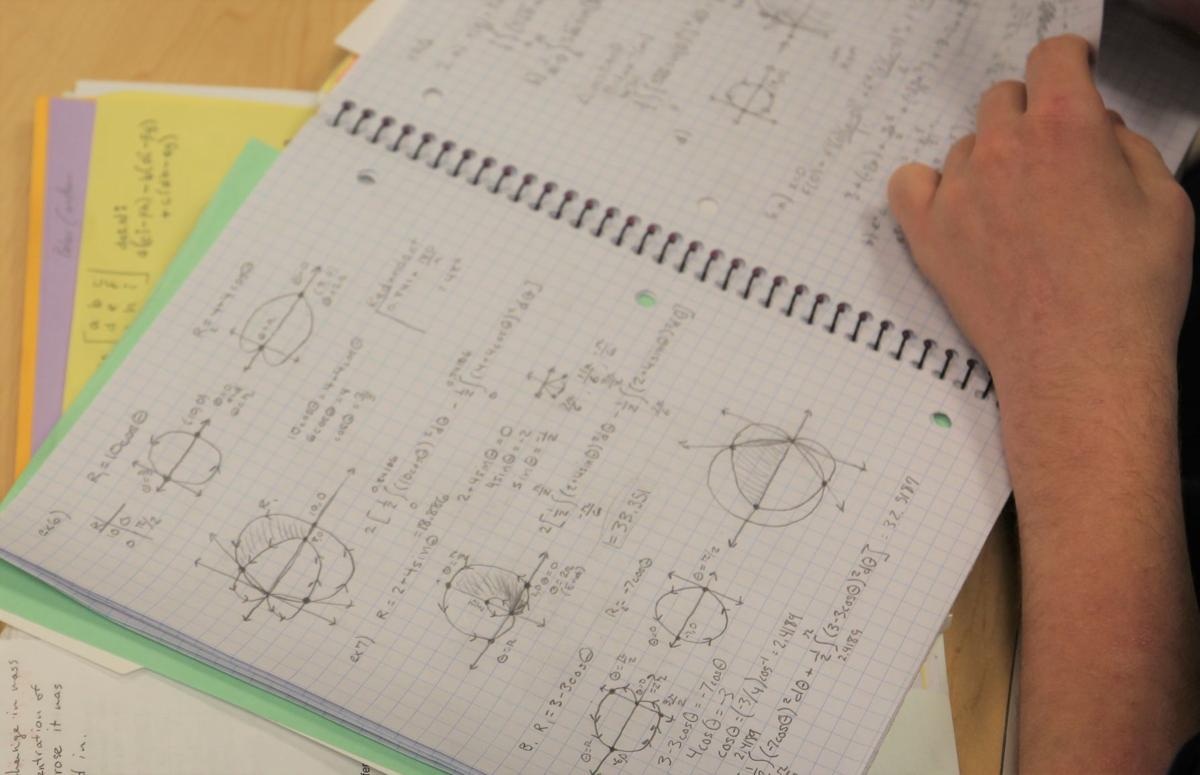 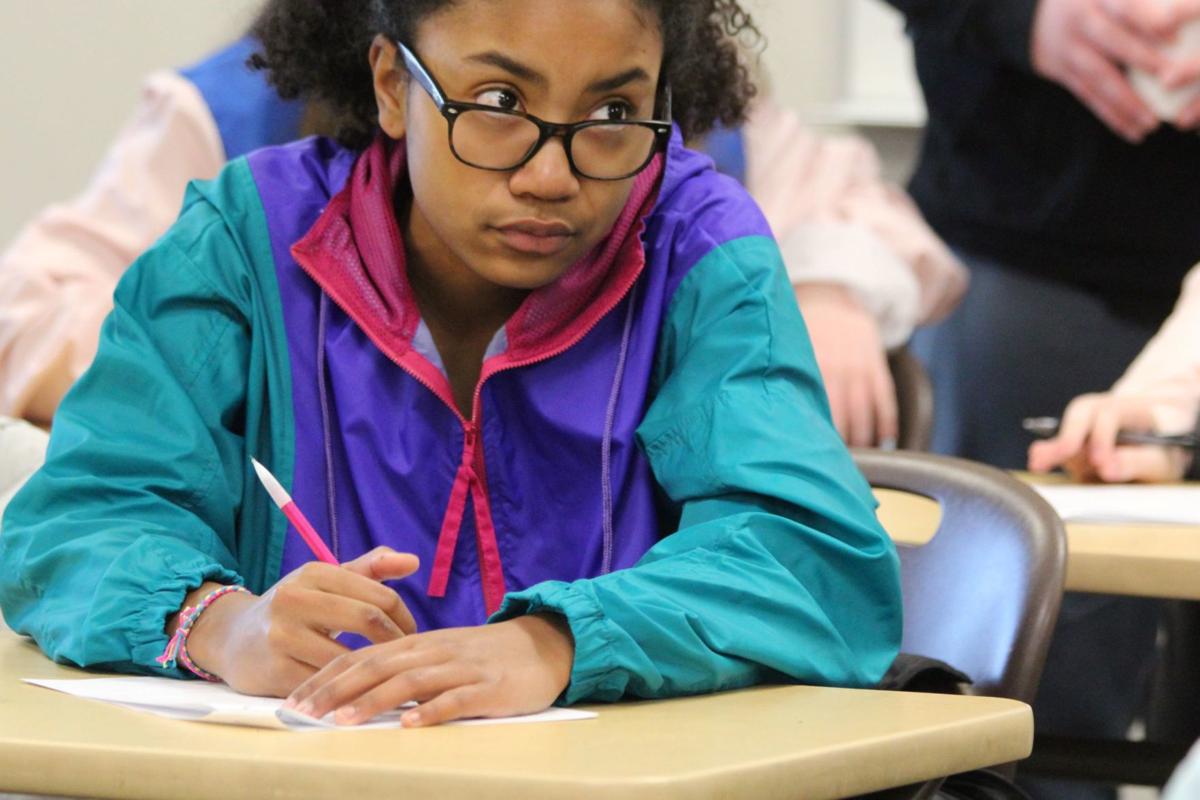 Buy Now
Diane Rakotomalala looks up for inspiration as she solves a math equation. 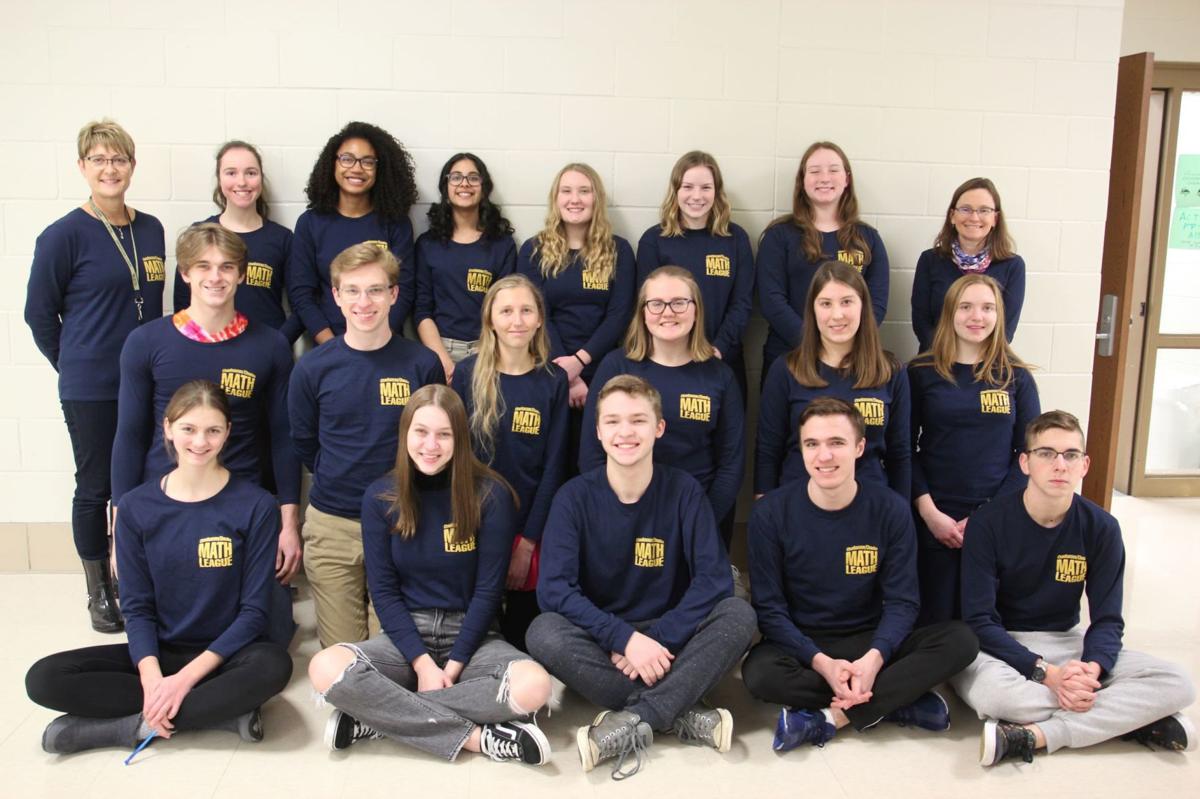 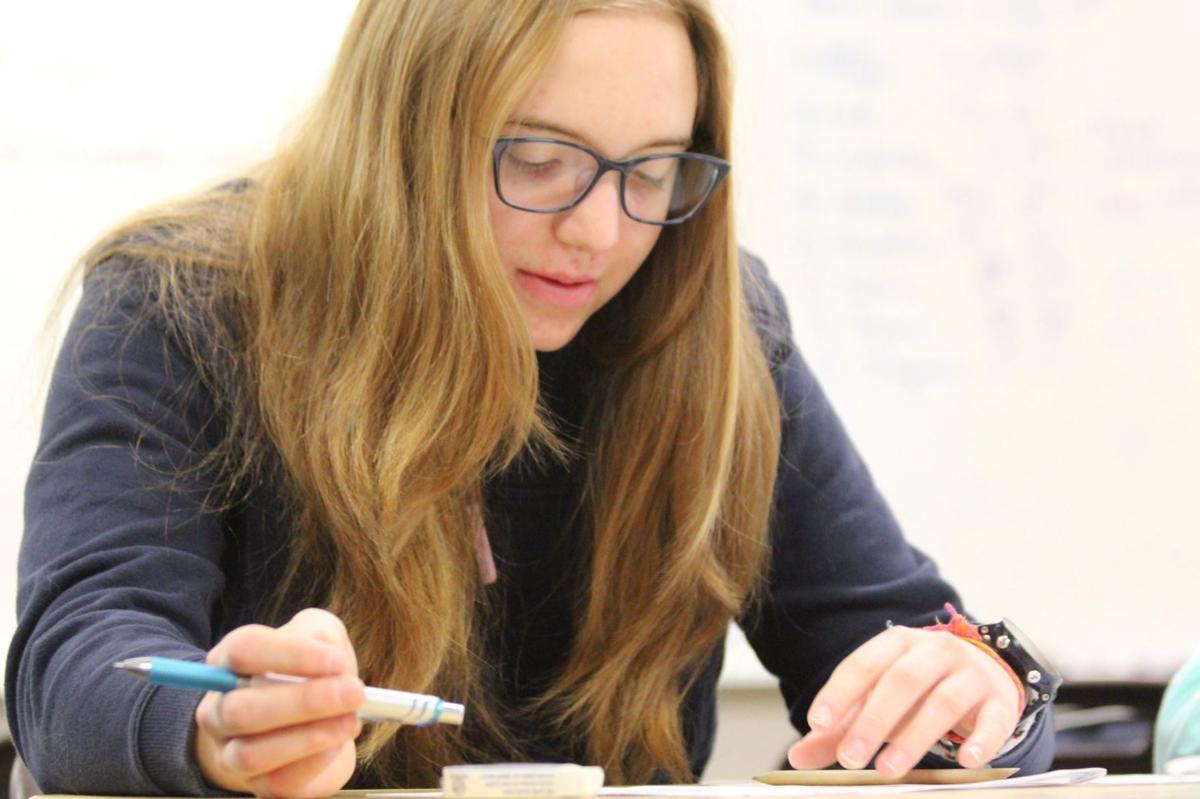 The only student from Chaska High School on the math team so far is Katie Sears. 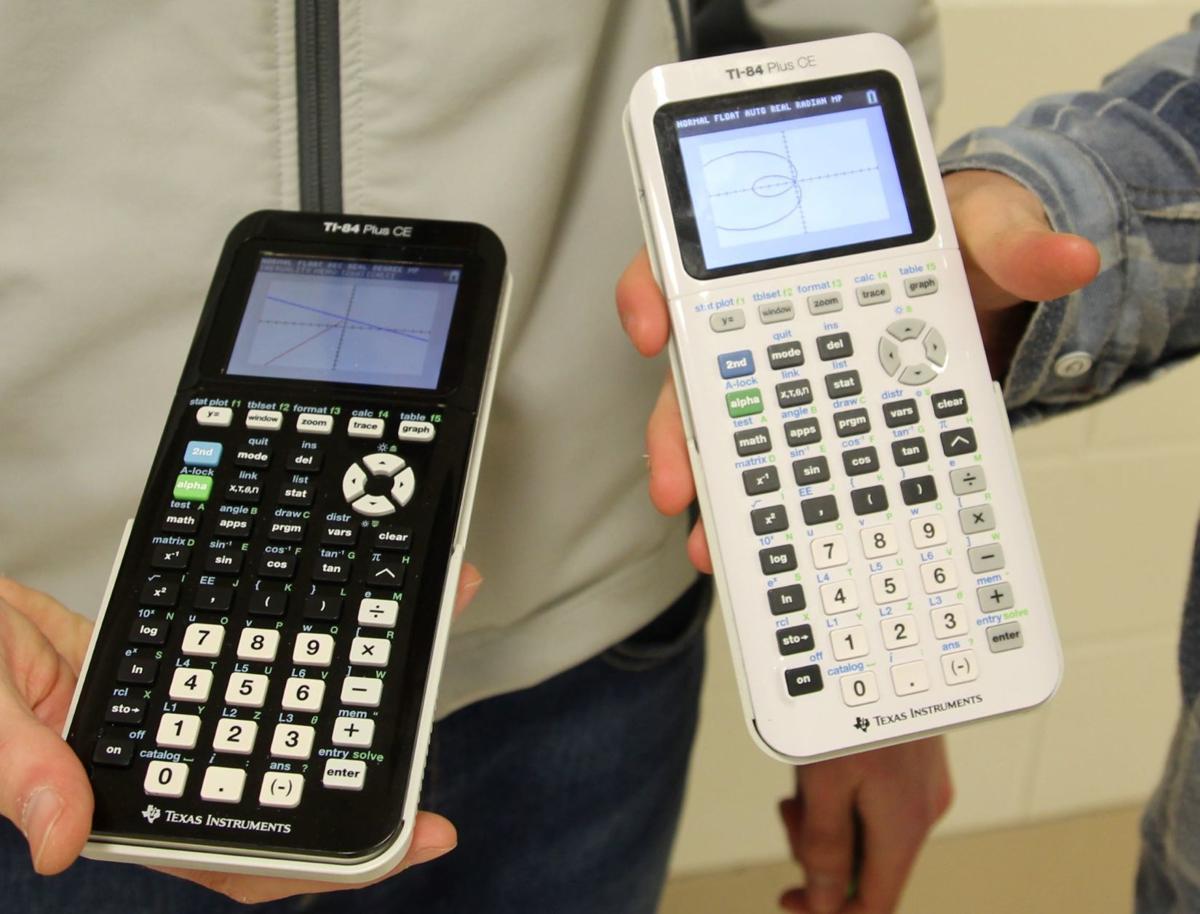 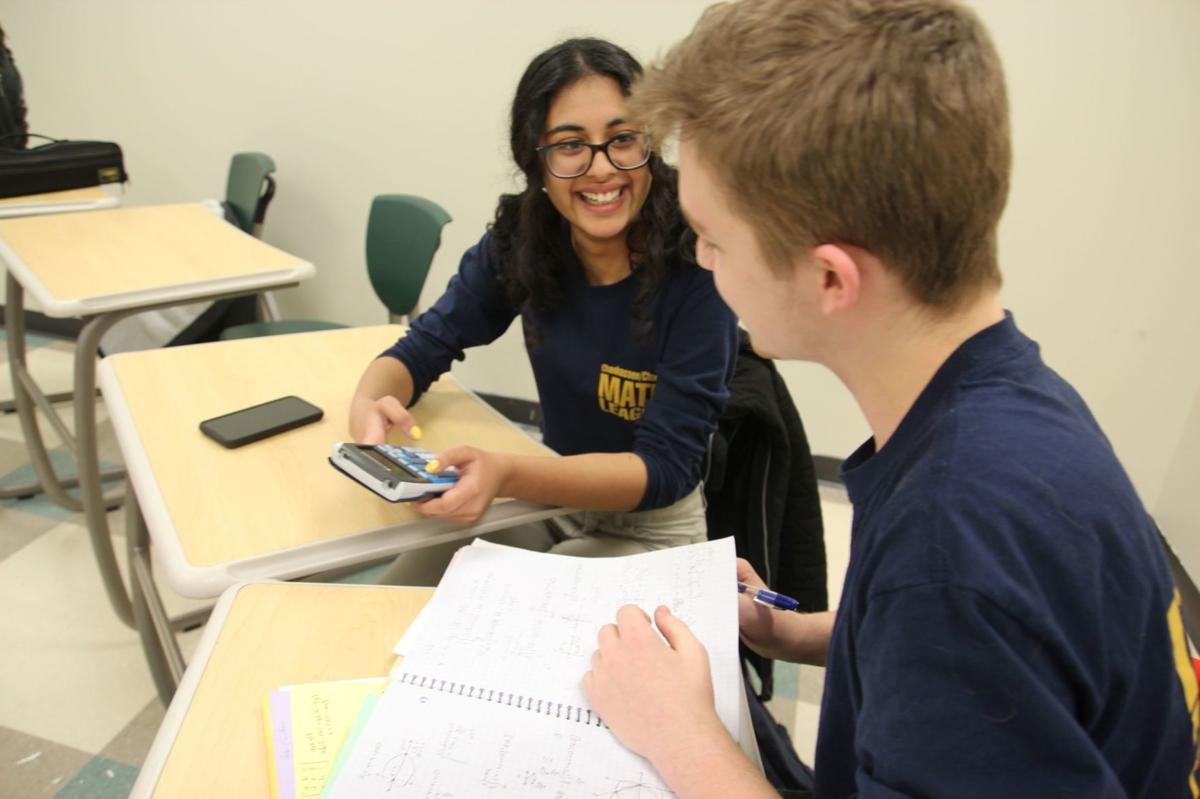 Buy Now
Diane Rakotomalala looks up for inspiration as she solves a math equation.

The only student from Chaska High School on the math team so far is Katie Sears.

The classrooms are quiet — very quiet — as members of each school math team have only 12 minutes to complete up to four problems.

Unlike other high school competitions, there is no watching or cheering from the sidelines. It’s a solitary effort.

No one but participants are allowed in the competition rooms. A proctor makes sure rules are followed. Sometimes calculators are allowed. Other times they are not. Individuals and teams earn points for each problem solved correctly. Unlike school, students don’t have to show their work. Just the correct answer.

Camaraderie comes into play later in the team event. This time, each school’s team of eight has 20 minutes to solve six math problems. They can work together in any way —whether assigning each problem to a team member, or doing them together. However, when the time is up, they can submit only one set of answers.

The team with the highest score wins.

On Monday, the Chanhassen/Chaska High School math team competed in its third competition of the season at host school Holy Family Catholic High School in Victoria.

While the Mathematics League has been a mainstay in many schools, this is the Chan/Chaska co-math team’s first year. It was initiated when a student approached Fredrickson earlier in the year, suggesting the school organize a competitive team of like-minded math students.

Word went out, math students signed up, and the team is now part of the Mathematics League. Teams are assigned to a division based on geographic proximity. Participating students have an opportunity to earn letters, just like students in other extracurricular activities, like athletics, robotics, music and speech. A lettering math students receives a pin in the shape of Pi.

The Chanhassen/Chaska team is composed of 22 students, ranging from sophomores through seniors. The majority are from Chanhassen High School, with one from Chaska High School. The team practices 7:15-7:45 a.m. each Wednesday at Chanhassen High School, using worksheets from previous contest years. Students also practice on their own, using old competition tests and ones they can find on the internet.

Since this is a building year, Fredrickson said that all 22 students have taken turns being on the team event. “Usually, it’s the highest scoring members who compete on the eight-person team,” Fredrickson explained. “But with Chanhassen/Chaska being new and we’re getting acquainted with its team and its abilities ... it’s a tryout year.”

Chanhassen senior Peter Carlson joined the math team on the recommendation of a friend. “Math has always been pretty fun to me,” Peter said, “so it seemed like an exciting opportunity to test my skills.” He always scored in the top 5% of standardized math tests, but never put much thought into pursuing it as an interest.

“Sophomore year, however, I recognized my aptitude and began teaching myself calculus at home. I soon figured that I had a knack for integral calculus, and would spend time in boring classes by applying the disc integration formula to any random pairs of functions over random axes.

“I really like the overarching, yet almost unseen presence that math has in our daily lives,” Peter said by email. "Almost everything we interact with has something to do with math: a GPS calculating your time to a destination; a printer interpreting signals from your computer to ink; asking your phone's virtual assistant to make a shopping list for you; etcetera. We as students get to study it every day in class; I find it very interesting and almost overwhelming. ”

“It involves pretty much every other discipline of math,” Peter said, “so the problems tend to be harder, longer and much more rewarding when solved. I'm a very visual person, and being able to visualize functions in both the second and third dimension adds a layer of challenge to the problem that other disciplines don't seem to have.”

Jennifer Mettler is a junior at Chanhassen High School. She’s enjoyed math from the time she could count.

“When I was in kindergarten, I decided to count as many numbers as I could,” Jennifer said, by email. “I think I got to 1,000 before I realized that they would never end. Or would they? I was fascinated. That's my first memory of showing interest in math.”

When riding in the car with her father, Jennifer would ask him to give her math problems to offset her boredom.

“Most of the time it was something like, ‘Suppose a train is travelling at 70 mph. How far would it go in 3.5 hours?’ It made car rides a lot more fun.”

Jennifer enjoys math for the way it works her brain.

"It's hard in a good way. I also like to toy around with different ideas and concepts in my head, and try to wrap my head around them. Calculus is great for this, and I think that's why I really enjoyed it. The concepts are so cool.

“Calculus made me think harder, deeper, and faster, and changed the way I viewed mathematics and the world, which is why I believe it is worthwhile to take,” Jennifer said. “What's even cooler, is how mathematics is so incredibly useful to the world. It has uncovered amazing possibilities, like launching spacecraft far into the depths of the galaxy, and bringing humans to the moon! It is the fundamental language of the universe; it can be used to explain how the things around us work and behave."

Go to www.chanvillager.com for more photos of the Chanhassen/Chaska math team.

Pi is the ratio of the circumference of a circle to its diameter.