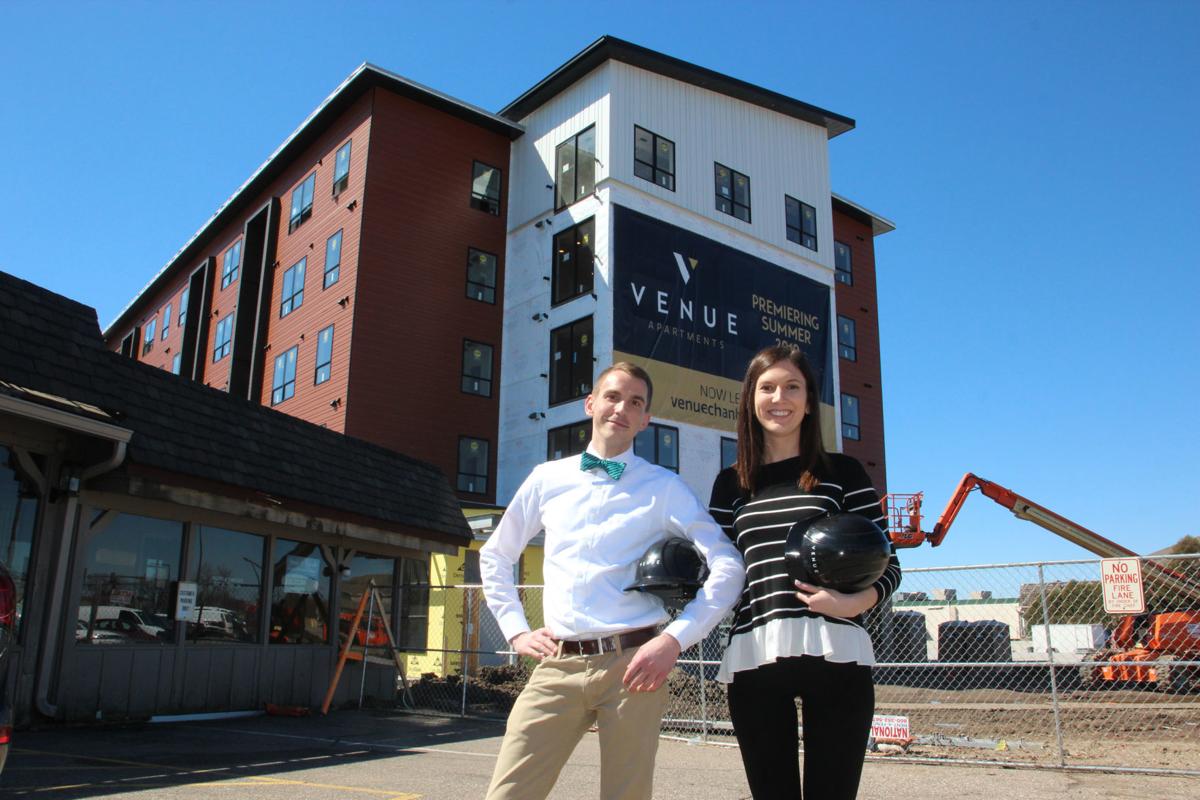 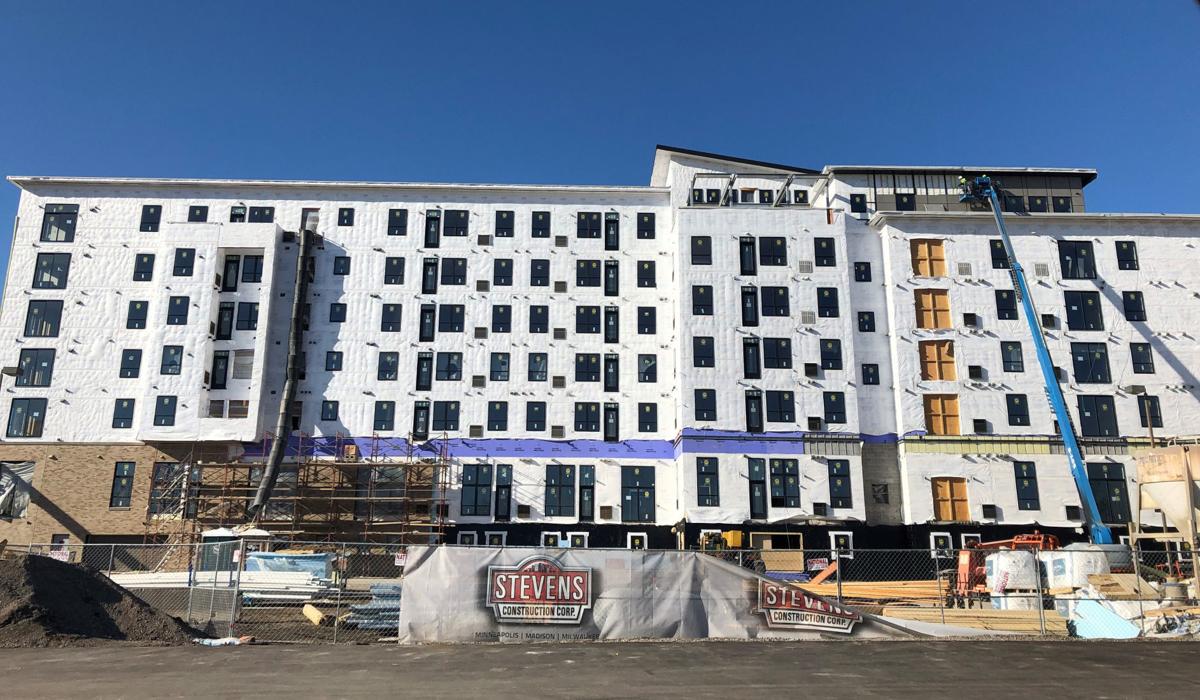 A view of the Venue from the south side. 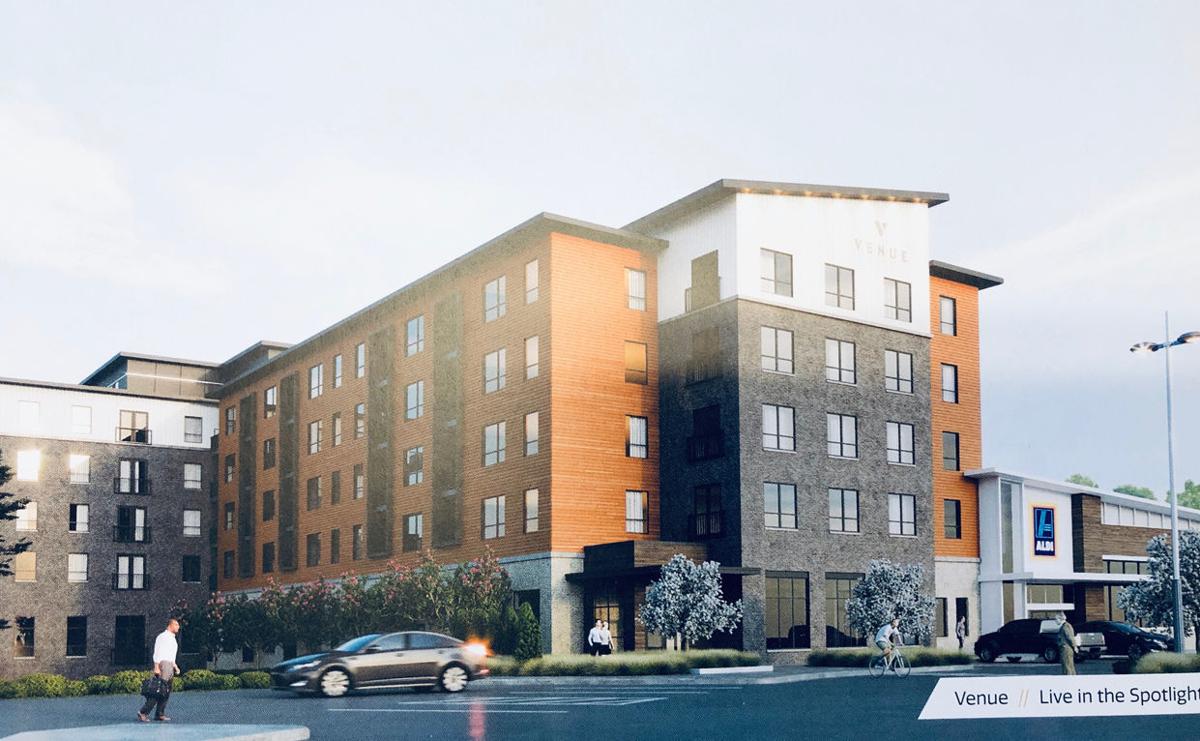 Venue residents will enjoy overlooking downtown Chanhassen from the rooftop terrace on the 6th floor. 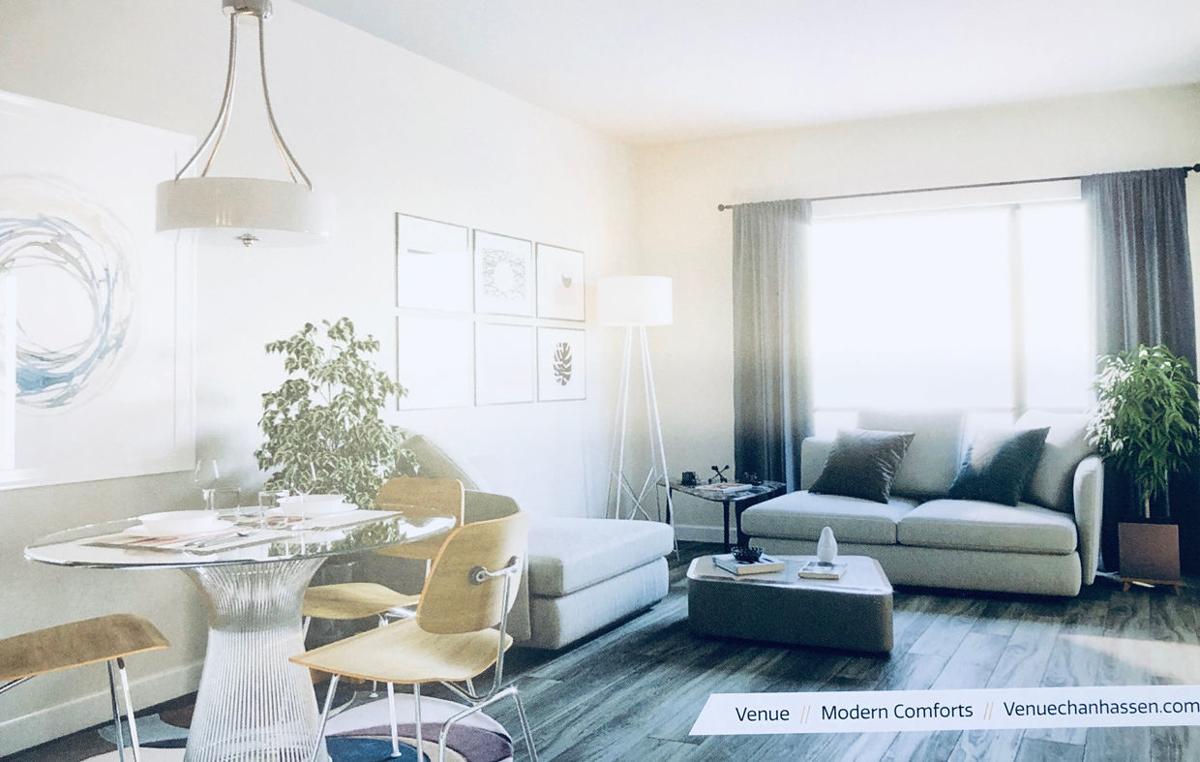 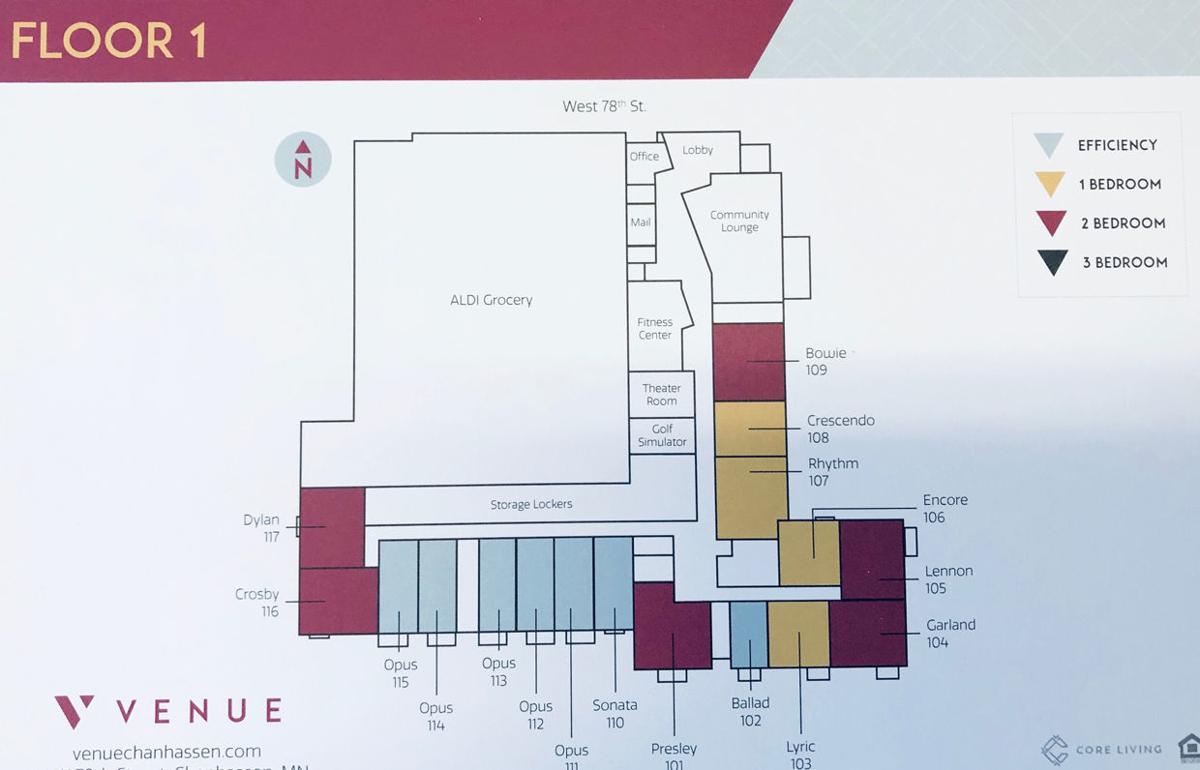 The Aldi grocery store is on the first floor of the Venue apartment building.

A view of the Venue from the south side.

Venue residents will enjoy overlooking downtown Chanhassen from the rooftop terrace on the 6th floor.

The Aldi grocery store is on the first floor of the Venue apartment building.

While the Venue apartment building isn't expected to open until mid-September, enough progress has been made that the newspaper recently sat down with Daniel Cunningham, Venue leasing manager, for more details.

The market-rate apartment building complex, located in the heart of downtown, has 134 units. An Aldi grocery store will anchor the complex on the first floor.

The location is a big selling point,  Cunningham said. The leasing office was opened in February in the State Farm building across the street from the Venue. Since then, Cunningham reported that 25 percent of the apartments have been leased, and all the studio apartments are taken. There's still plenty of one- to three-bedroom apartments available.

Visitors to the leasing office can see floor plans for the apartments that have stainless steel appliances, washer and dryer, walk-in closets, and a choice of two different interior finishes. The apartments have nine-foot ceilings and private balconies.

Cunningham describes the Venue as Chanhassen’s first lifestyle-driven apartment community. In addition to the luxe finishes, modern interiors, and private balconies, Venue also offers a variety of community spaces. The first floor has a large community lounge, coffee area, as well as a fitness center, theater room and sport simulator. Storage lockers are available for residents on the first floor and there is heated underground parking.

The sixth floor includes a "sky lounge" and rooftop terrace where residents can, depending on the season, sunbathe, grill, or sit around a fire pit. And being six floors up, take in a view of Chanhassen.

Since the leasing office opened in February, interest and inquiries have been high, Cunningham said. "They've been going exceptionally well and, as of mid-April, the building is already 25 percent leased.

“That typically doesn’t happen until after we’ve been open for four months," Cunningham said, comparing the activity to other properties owned by Core Living, a Long Lake-based company. Core Living owns and manages a number of other apartment buildings in the Twin Cities.  "We even had interest back in October and November of 2018. And, one of the project’s partners leased an apartment early on.

"There’s been an uptick in inquiries in the past couple weeks," Cunningham said, and the push will only get more steady as the building takes shape."

Cunningham described Venue apartments with its many amenities as community living.

"The Venue is a unique product for this area" Cunningham said. "It's designed for people who may work from home, but want space outside their apartment to socialize, talking to neighbors, be part of a community. The community lounge, the coffee area, the sky lounge all lend themselves to community."

In talking to prospective renters, Cunningham said the majority are attracted to the proximity to downtown Chanhassen and the walkability to businesses, restaurants and services. The building is also pet-friendly.

The Aldi grocery store is scheduled to open in mid-September, about the same time as Venue, according to Andrew Shaw, Aldi director of real estate.

"We would love to open at the same time as the Venue," Shaw said, and pointed out the store will be very similar in floor size to the Aldi stores in Eden Prairie, Shakopee and Chaska. The Chaska Aldi is scheduled to open May 1.

Chanhassen will have a similar product assortment as Chaska, Shaw said. "We've wanted to be in Carver County for a very long time," Shaw said, and pointed out that the company opened an Aldi in Waconia in 2018.

As for the Chanhassen store, Shaw said it's not the first time Aldi has anchored an apartment building. It has two similar arrangements in Minneapolis, on Lake Street and one planned in Uptown.

Officials broke ground on the project in July 2018.

Venue replaces the Frontier building, which had housed several businesses during its 59-year history.

The project received push-back from a group of residents concerned that the grocery store and mixed-use apartment building would change the character of downtown.

The council voted 3-2 to approve tax increment financing for the project in late 2017 and the project moved ahead.

For more information, visit www.venuechanhassen.com or stop by the leasing office at 480 78th St. W., Suite 102 (parking in back of the building).