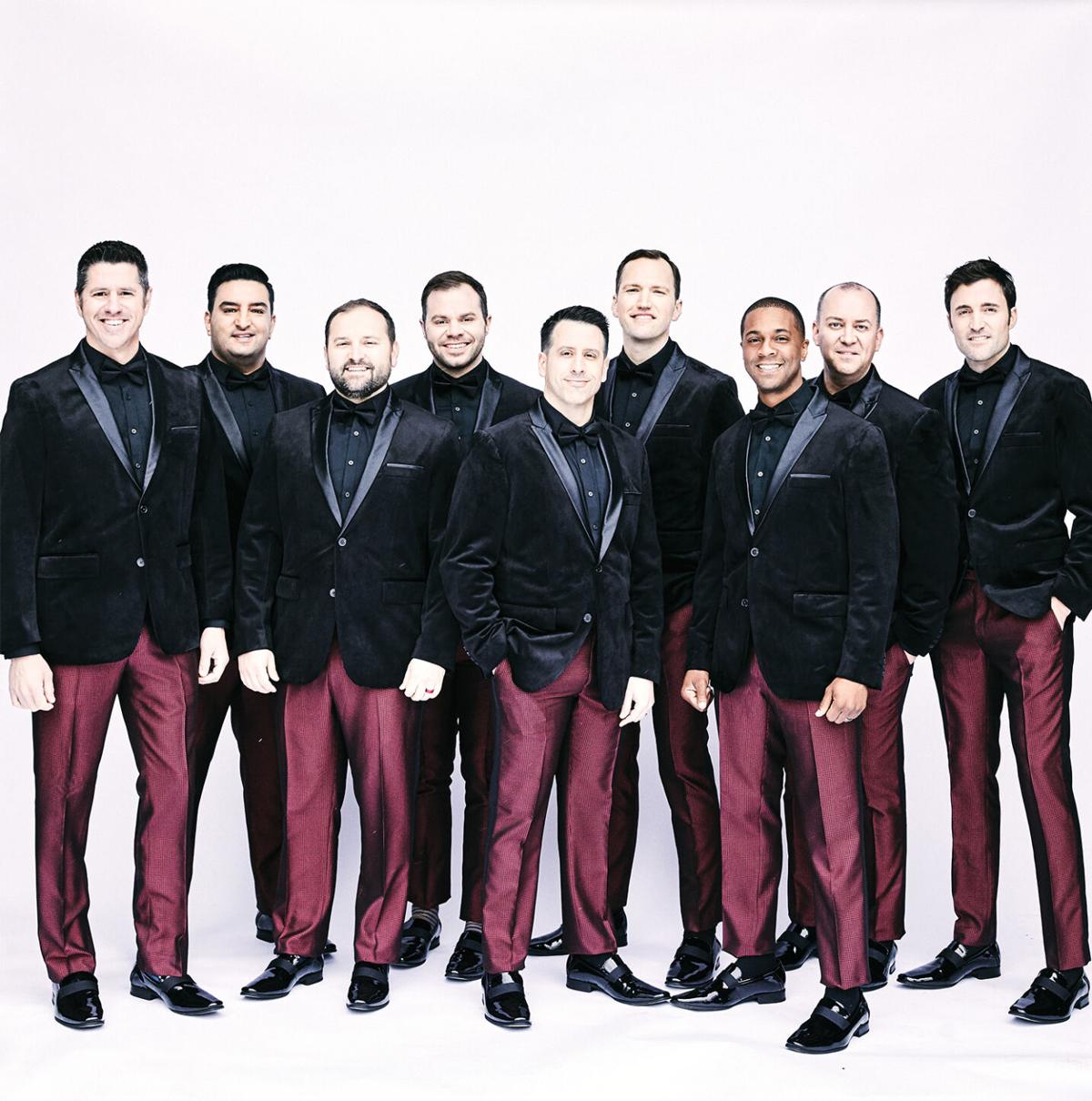 Straight No Chaser will be performing at Mystic Lake Casino at 8 p.m., Friday, Oct. 22. 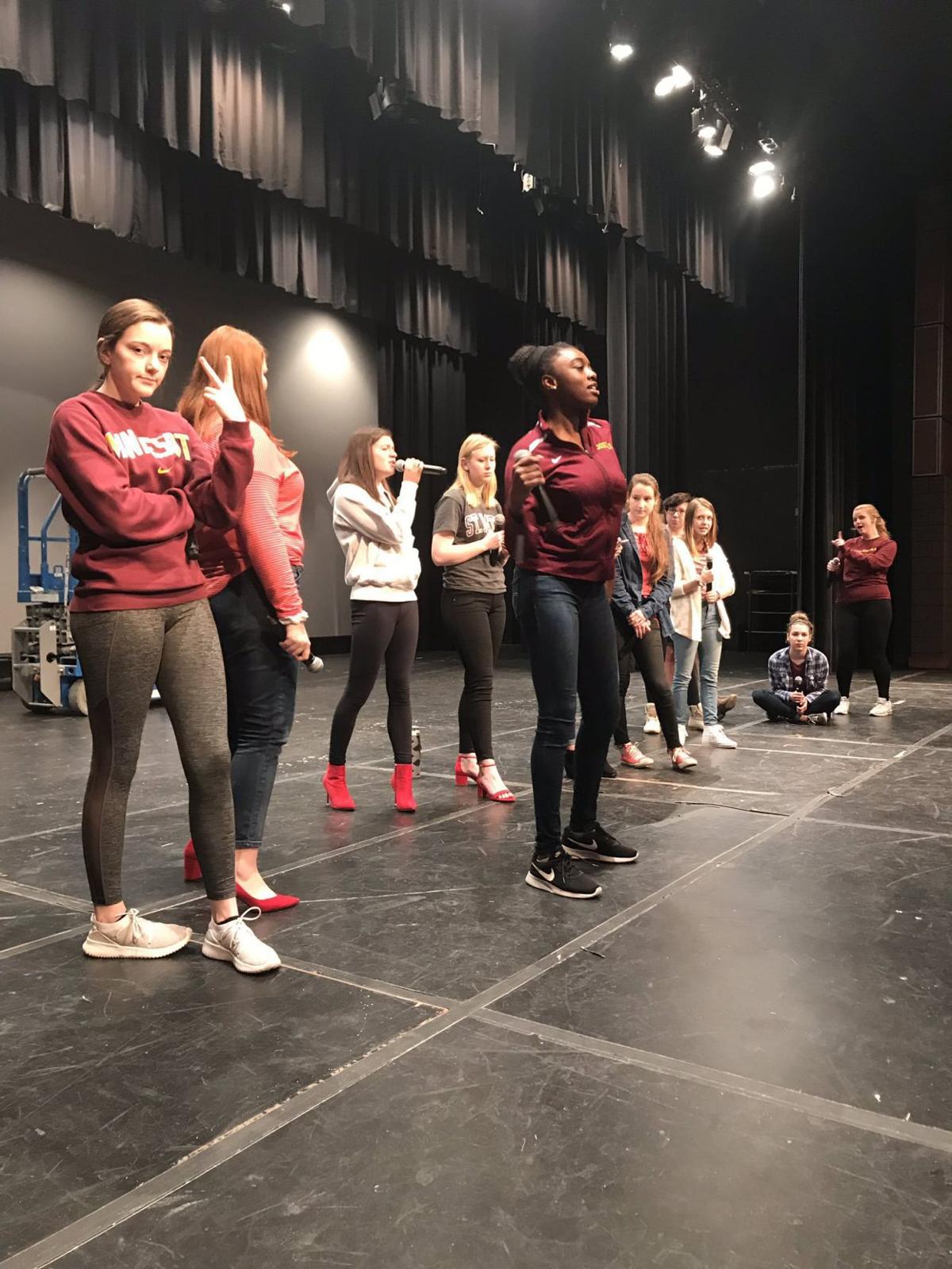 Members of Jordan High School’s a capella group Harmonix rehearsing for their performance in 2019. A capella is an extracurricular so students get to choose the music, soloist, choreography and attire.

For those interested in experiencing a lively and impressive performance, a capella singing is sure to deliver. Does this sound like something you want to hear for yourself?

According to Seggie Isho, who typically sings baritone for the group, people often have misconceptions about a capella, which is a style of singing without instrumental accompaniment.

“When someone thinks about a capella they’re thinking about … a lot of the stereotypical things about a capella just a bunch of, for lack of better terms, nerds, wearing matching sport coats, singing old standards.”

While the group includes comedy and silliness in the performance, they take the music seriously. The group crafts its shows to emulate the Rat Pack. They are singing the standards as well as more contemporary music and “doing it with a swagger,” Isho said.

“We understand our audience varies,” Isho said. “When we’re choosing music, we’re very conscious of who’s coming to the shows.”

Straight No Chaser will be performing a wide variety of music. That includes their classic songs, music by Queen, Earth Wind and Fire, Dua Lipa and holiday music from their album “Social Christmasing,” which was recorded during the pandemic. The group wants to cover every angle so that anyone who comes to the show has a good time, Isho said.

“We want to go out there and have fun and we think as long as we’re having fun, the audience is gonna have fun,” Isho said.

By December, the group will be performing eight shows a week. Most musical groups have orchestras, bands or tracks to help aid them throughout the show, Isho said. Straight No Chaser sings the entire time, there isn’t a drum solo to take a break on.

According to Isho, the most challenging part of a capella is “the vocal stamina to sing an entire show day in and day out … keeping your voice in shape and staying healthy on the road.”

A capella isn’t only on the big stage in the southwest metro area. Local schools offer programing to get students involved in the style of singing.

According to Katie McKnight, the Jordan High School choir director, a capella is unique because the singers are recreating the entire audio track. The singers must emulate every instrument such as the bass, guitars, keyboards and horns.

“There are these more specific roles, that when they’re done and executed well, can really create this amazing vocal band sound,” McKnight said.

Before the COVID-19 pandemic, Jordan High School had men’s, women’s and mixed a capella groups. For the time being, there are women’s and mixed groups. The pandemic caused some changes, but McKnight is working to get things back to normalcy.

At the high school, a capella is an extracurricular. While McKnight is in charge and writes the arrangements, the students are the ones taking ownership and leadership of the group. They select the music, soloist, choreography and attire.

“They’re getting this extra responsibility and opportunity to like take charge of what they really want to do on stage and what they want to represent,” McKnight said. “I think that’s a really cool thing that happens here.”

According to McKnight, it could be argued that a capella style is more challenging than standard choral singing because there is no musical accompaniment. In traditional choral music the different voice parts are also singing the same words but in different harmonies and pitches. In a capella, the voice parts are singing entirely different things from each other.

A capella singers have to have a strong ear to know what their part is supposed to sound like, McKnight said. They also have to sing their part while other parts are singing at the same time and because the style is usually pop music, they have to be able to emulate that kind of stylistic tone, she added.

“You need to be a lot more independent as a singer,” McKnight said.

The style of music really exploded in popularity around the time that the first “Pitch Perfect” movie came out, McKnight said. The movie is about a women’s a capella group that competes against another group at its college. Every high school wanted to do it and schools were changing their programs. While it is really popular right now, she isn’t sure if the style’s popularity has gone past its peak.

Great a capella, such as barbershop quartets, has been around for a long time, said Krin McMillen, a voice instructor at Chaska Music Studios in an email. She thinks it has become more mainstream and popular over the past few years, thanks to Pentatonix and movies like “Pitch Perfect.”

The Chaska Music Studios is not currently offering an a capella group, due to the spread of germs through singing. Before the pandemic, it had a small group of middle and high school girls who sang a capella.

A capella is a style that really requires singers to be high level musicians, McMillen said. A capella singers have to listen carefully to each other to stay in tune and together rhythmically.

“They have to work together to create beautiful music as a team,” McMillen said.

When instructing a capella singers, McMillen works on ear training skills, good tonality, practicing rhythms, keeping a steady beat and working together as a team. She has her students harmonize with her or be able to sing with her while she plays the piano. That helps them to learn how to work with other musicians in an ensemble and how other music parts interact with theirs, she said.

McMillen is not only an instructor, she has also performed a capella herself. She has performed as a singer at Valleyfair Amusement Park and performs a capella music regularly with professional choirs in the Twin Cities.

“A capella singing is one of the most fun ways to sing,” McMillen said. “I encourage all students to give it a try.”

What: Straight No Chaser fall tour