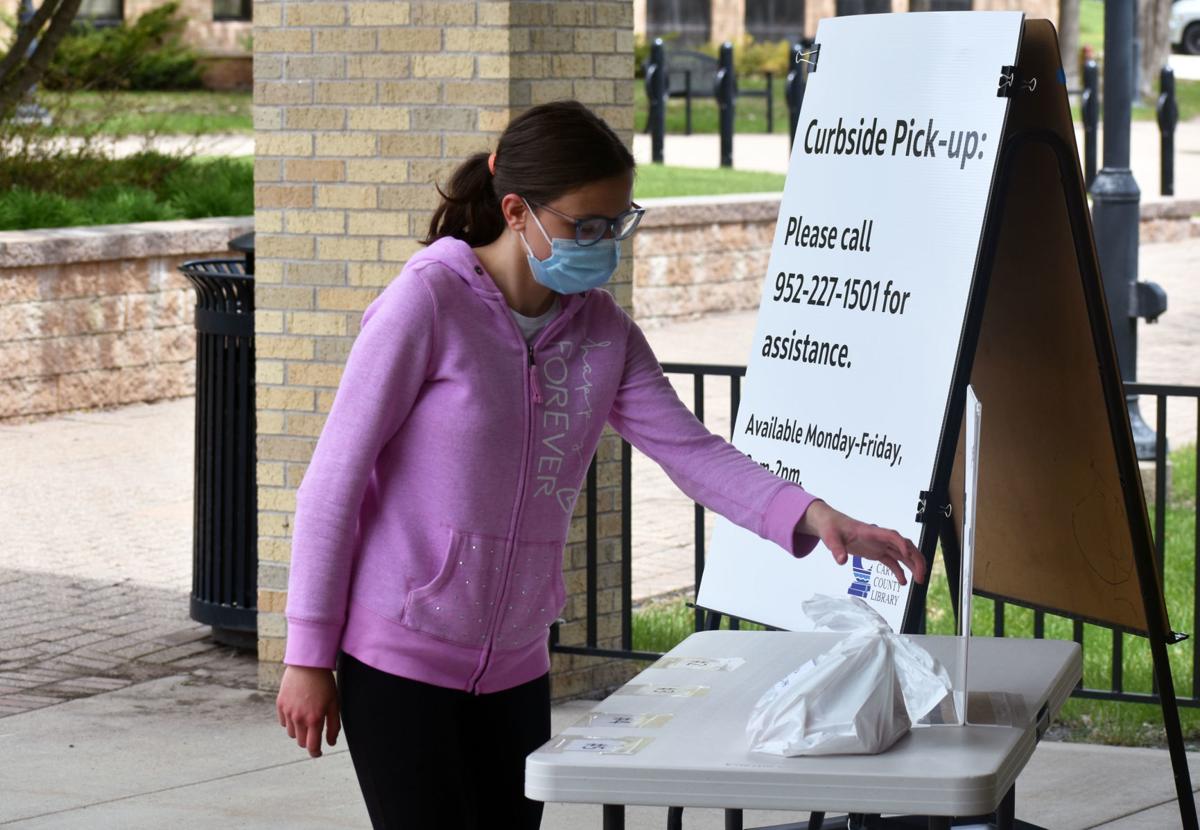 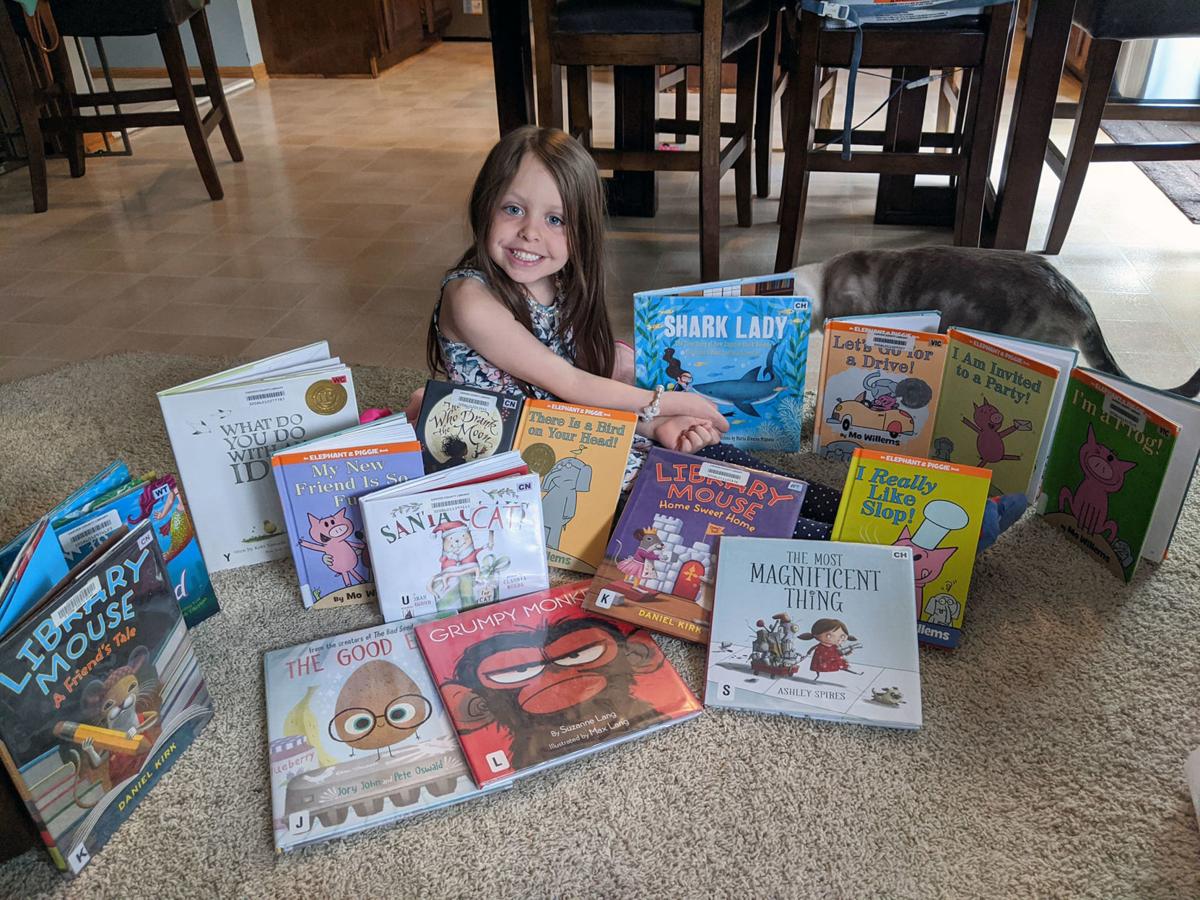 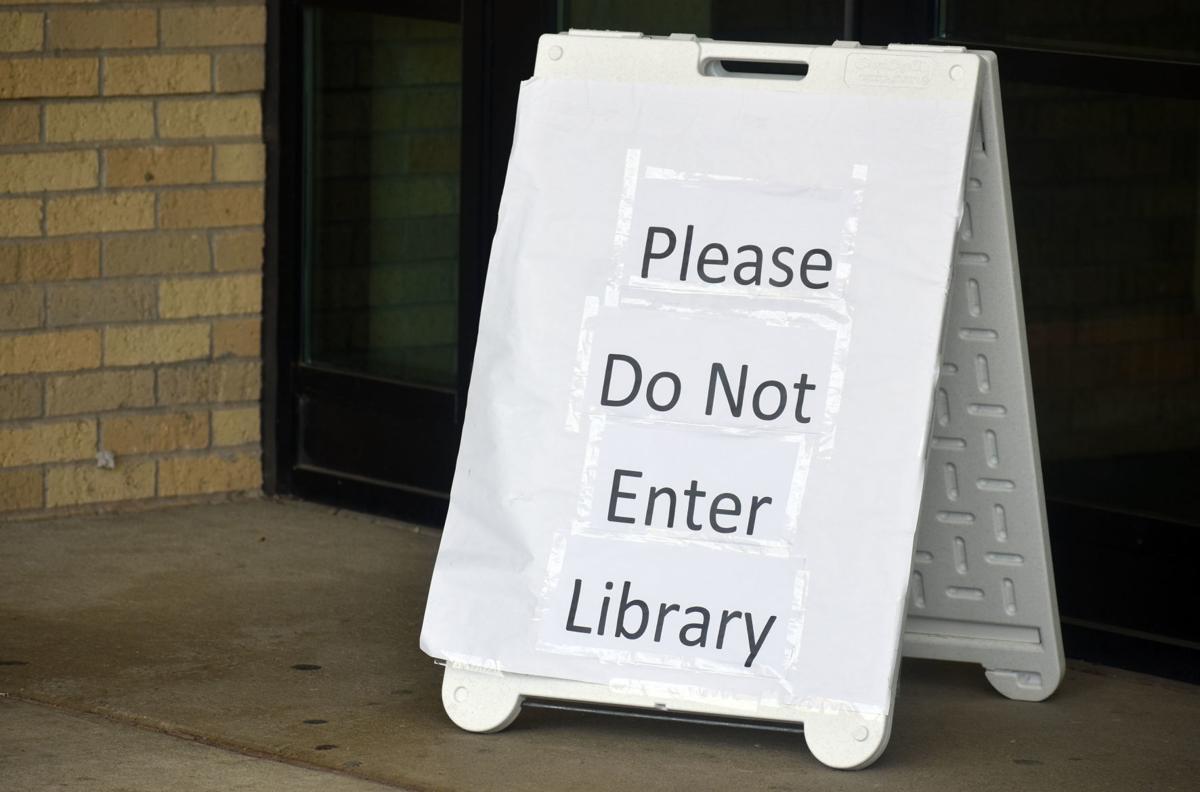 It was a sunny enough Thursday outside the Chanhassen Library. Maintenance workers pounded on a nearby sidewalk and a few cars idled in the circular drive.

Cue Jan Calos and her daughter, Julia, in a mid-size sedan. They pull up with face masks and an armful of books, returning old ones and picking up new reads.

It’s a now-regular ritual for the mother-daughter duo. It takes a matter of minutes, but to Jan, the process is “just amazing.”

Though the buildings themselves are closed to the public, Carver County libraries have offered curbside pickup since mid-March. Patrons can put materials on hold via the online catalog or calling in.

After books or DVDs have been transferred to the right library and quarantined for 72 hours, staff will call and the material is yours for six weeks.

Curbside pickup started as a pilot program at the Chanhassen and Waconia branches, said Carver County Library Director Heidi Hoks. It went so well that city managers started asking to do the same in their cities, she said.

“We’ve gotten so many compliments from the public,” said Hoks, whose office is in the Chaska Library building.

Hoks said the curbside system is now found throughout the Metropolitan Library Service Agency, extending to greater Minnesota. Though she doesn’t have numbers on how many people are using it, she said the service has been gaining traction.

“We’re thrilled that we were able to give them something that could be so valuable to them,” Hoks said.

But it doesn’t come without a workload for library staff. When asked if the curbside system would continue after libraries reopen, Hoks said the service is staff-intensive but it’s a possibility.

“To continue it after we are open to the public with our full suite of services would mean we would need additional staffing,” she said. “However, it is a very popular service and I’ve learned never to say ‘never.’”

SO MANY BOOKS ... SO MUCH TIME

Though the state is slowly reopening as summer enters the picture, families might not put books back on the shelf so soon.

Nicole Gohman and her two young children use the Watertown library, also in the Carver County system. They used the library often before the virus — including storytime on Mondays and craft days.

They’ve only used the pickup service once, but Gohman said they checked out maybe twice as many books as their usual 10 or 12.

“With everything going on, I was kind of like, ‘You can get as many as you’d like,’” she remembered saying to her child.

Gohman’s children, ages 6 and 3, are currently into the “Elephant and Piggie” book series by Mo Willems. They’re part of the bundle the family likes to pick out.

They ordered around 20 books on a Monday and picked them up two days later.

When she arrived, she said the staff were “fabulous.” The books were all bagged up — with a little ribbon, to boot.

“It was so cute,” Gohman said.

She grabbed the book bag when a librarian came out and said, “Hold on!” before returning outside with a few more books that just arrived from different libraries.

“We really love to read books together,” she said. “For us, it was really nice to check out different books that we have never read before so we can have a little variety.”

‘I CAN JUST READ’

With the two of them and a dog in their Chanhassen apartment, the Caloses are relying on good reads lately.

Calos said Julia, a freshman at Chanhassen High School, finishes schoolwork by 1 p.m. or so. She’s not swimming or working her after-school job anymore. Calos is retired, but said she keeps somewhat busy with a charity.

To make up for it, they’ll go for walks and play games together. But there’s less congregating with neighbors for morning coffee and less socializing with friends, so when late afternoon hits? Into the books they go.

“By 3 or 4 o’clock I’m just exhausted because she’s now my new best friend,” Calos said of her daughter, with a laugh. “And so I can say, ‘I need a time out. I’m going to my room.’ And I can just read my books.”

She said the two of them are probably reading now more than usual. Calos said she’s on a fixed income and can’t buy books online or in bookstores, nor is she in a position to pay for TV services or read e-books.

“It’s just — oh, it’s just a godsend. I hope everybody knows about it,” Calos said of the curbside pickup.

Library director Hoks also also noted the importance of clean and easily-accessible books, especially in times like these.

“People just need to be near their libraries,” she said.

Calos is currently reading “A Gentleman in Moscow,” about a man in house arrest, and “Year of Wonders,” about a quarantined village amid a plague.

“It’s almost ironic, the books I happen to pick,” Calos said. “I just thought, ‘Oh wow. That’s really weird to read these two books while I’m stuck in the house.’”

Whether deep inside a gripping novel or new biography, the book-lovers said reading offers a chance to get lost somewhere else — even if it does hit a little too close to home.