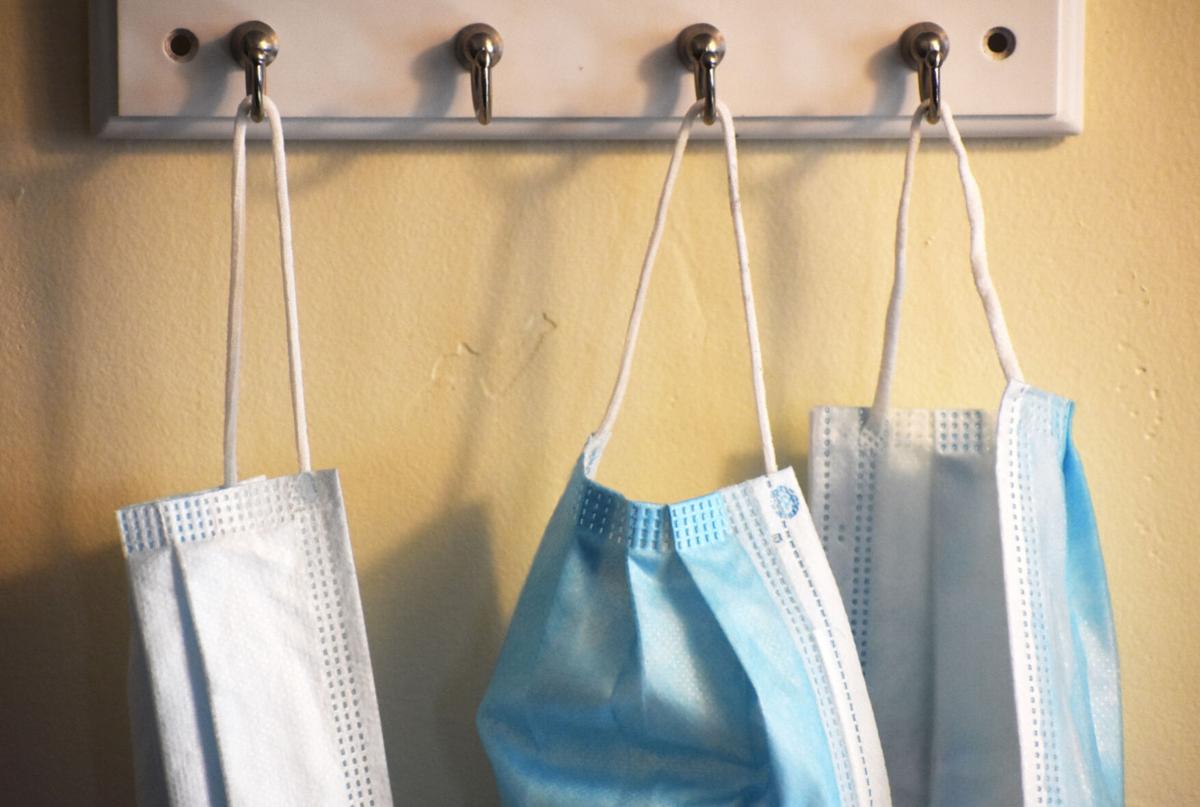 Chaska has the most cumulative COVID cases in Carver County at 959, per Tuesday numbers. Chanhassen has 673 cases. 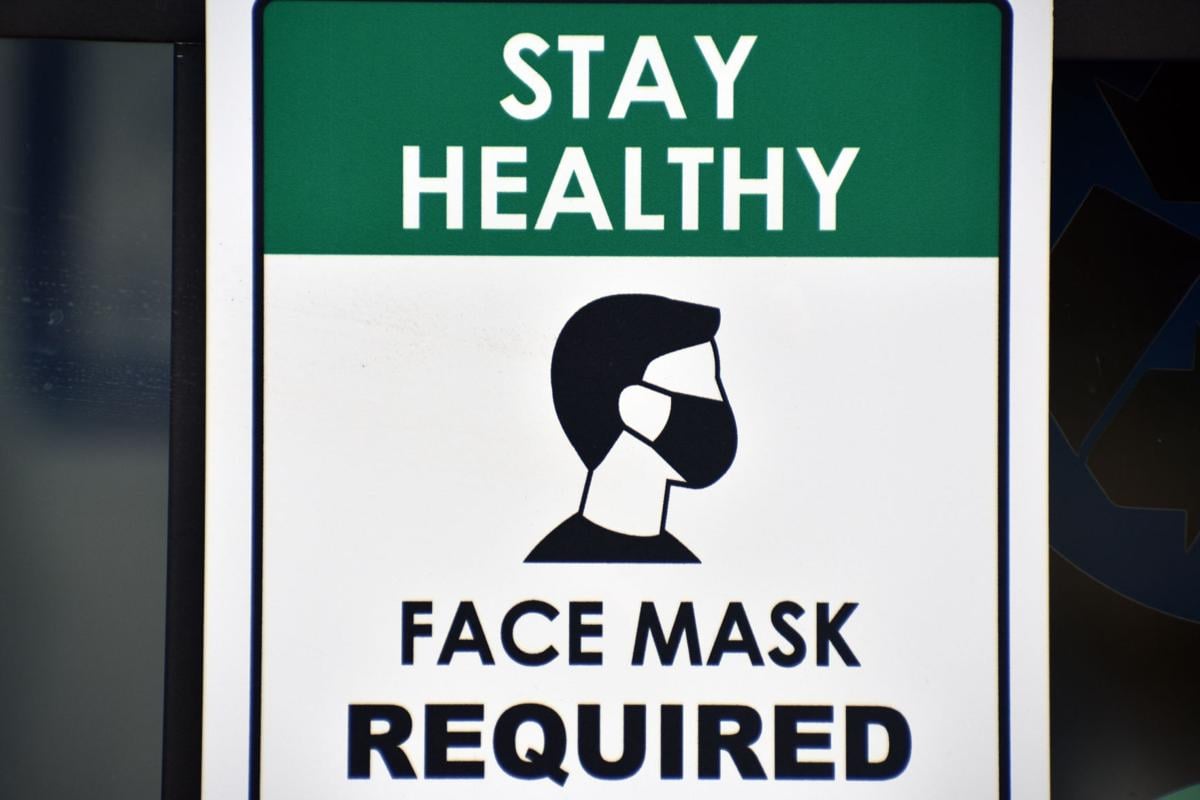 Carver County Public Health Director Richard Scott said he thinks more people are beginning to see the value of face masks, which help protect others as well as the wearer.

Chaska has the most cumulative COVID cases in Carver County at 959, per Tuesday numbers. Chanhassen has 673 cases.

Carver County Public Health Director Richard Scott said he thinks more people are beginning to see the value of face masks, which help protect others as well as the wearer.

After months of seemingly keeping the virus stable, cases are rising rapidly — more than 300% in the last two weeks, Scott said, as of early this week.

Most-recent numbers show a cumulative case count of 3,348 in the county, according to the Minnesota Department of Health and Carver County Public Health. Just four weeks ago, that number was 1,697.

From mid-May to late October, daily increases hovered anywhere between 10 and 25 per day on average. In a drastic uptick, Monday brought 149 new daily cases and Tuesday saw 120.

“That is alarming,” Scott said.

The local positivity rate has increased faster than the testing rate, Scott said. That means community spread is to blame for higher cases, he said, not more testing.

“The actual positivity rate would normally go down if you’re seeing more testing without increased spread and we’re seeing just the opposite,” Scott said.

Scott said these numbers could be precursors to more grieving in the community.

Total Carver County hospitalizations are at 108 and deaths are at 9, as of Tuesday. Deaths are relatively evenly-split among adults over 50 years old, broken into four-year categories with at least one death in each. The highest death counts were two 65- to 69-year-olds and two 85- to 89-year-olds.

Scott said he expects those numbers to rise.

“We have not experienced a significant increase in deaths across Carver County yet, but probably would have it that we would probably start experiencing more fatalities as well,” he said.

Chaska has the most confirmed total cases in Carver County at 959, per Tuesday numbers. Chanhassen has 673 cases, Waconia has 424, Victoria has 328 and Carver has 181.

New Germany and Hancock Township have the least number of total confirmed cases (12 and 18, respectively). The county has the lowest case rate in the seven-county metro area, according to the MDH.

The Eastern Carver County School District were set to shift completely to distance learning Wednesday for all grades. The school board voted to do so at least through the remainder of 2020. Athletics and other activities were set to continue as of early this week.

Scott said the decision is reflective of an overall sense of urgency. People are starting to see the value of masks and acknowledging their protection over wearers and others, he said.

“There’s a change in understanding and appreciation of the value of mitigation we recommend,” he said.

The City of Chaska also moved to an all-virtual city council meeting platform this week and plans to reevaluate at the end of December. Previously, councilmembers had been meeting in-person at the Chaska Event Center where they could physically distance themselves.

More staff in other Chaska departments will return to working from home, he said. The City Hall reopening is delayed to keep the risk of spread down even though improvements are nearly complete.

“Our best opportunity of keeping our services moving forward at this time with as little interruption as possible is going to be to keep people distanced away from each other,” Podhradsky said.

Several Chaska City Council members urged neighbors to not gather outside their household this holiday season and encouraged people to get tested for COVID regardless of symptoms (or lack thereof).

As part of a pilot program beginning in late October, Carver County residents could request at-home COVID testing kits. Scott said the county was selected from two dozen counties in the state, but the program will be rolled out to all Minnesotans by the end of November.

There have been a few kinks so far, he said.

Requesting at-home saliva kits required a few things of residents: solid internet access, one email per person requesting a test including children, logging onto a telehealth appointment, and photos of insurance cards (though coverage is not required).

“That created a challenge for some folks. We need to rethink how much of that we really need moving forward,” Scott said.

He said at-home testing was always designed to be a “supplement,” not a substitute, for in-person tests. Scott said the county is still “far short” when it comes to testing capacity. People are still struggling to find nasal swab and saliva locations, he said.

As the temperature drops so does motivation to congregate outdoors.

“Any time you have situational changes that lead to more indoor gatherings as it relates to communicable disease, you’re going to see an increase in cases,” Scott said.

A month from now, he expects to see a rise in flu cases. More people are wearing masks this time around and physically distancing, so Scott said he hopes the flu won’t strike as hard this year. If it did, the burden on hospitals could be overwhelming.

Scott said he expects to see more Carver County COVID cases in the near future, following suit with surrounding areas.

“One way to look to see what the future is is to see what’s happening with our neighbors,” he said. “We’ve seen an increase from east to west. Usually the western part of our county is a week or so behind what we see in the eastern (part).”

The incoming holiday season could exacerbate that.

Looking back to Halloween, Scott said he the COVID increase likely did not stem directly from the holiday. But it’s not off the table.

“Obviously, any time people are using a reason to get together, that’s going to contribute to the spread,” he said, noting most spread comes from restaurants and social gatherings.

As the calendar moves further into the winter holiday season, cases could rise, he said.

“We certainly understand the need for people to get together and want to be with family,” Scott said. “It’s those situations that can often lead to greater spread.”

He encouraged people to alter their plans for traditional gatherings like Thanksgiving, opting for a shorter time of discomfort to help the community in the long run.

Sources of exposure in Carver County

From a known confirmed case: 656 instances

Cumulative information is compiled by Carver County Public Health and the Minnesota Department of Health.