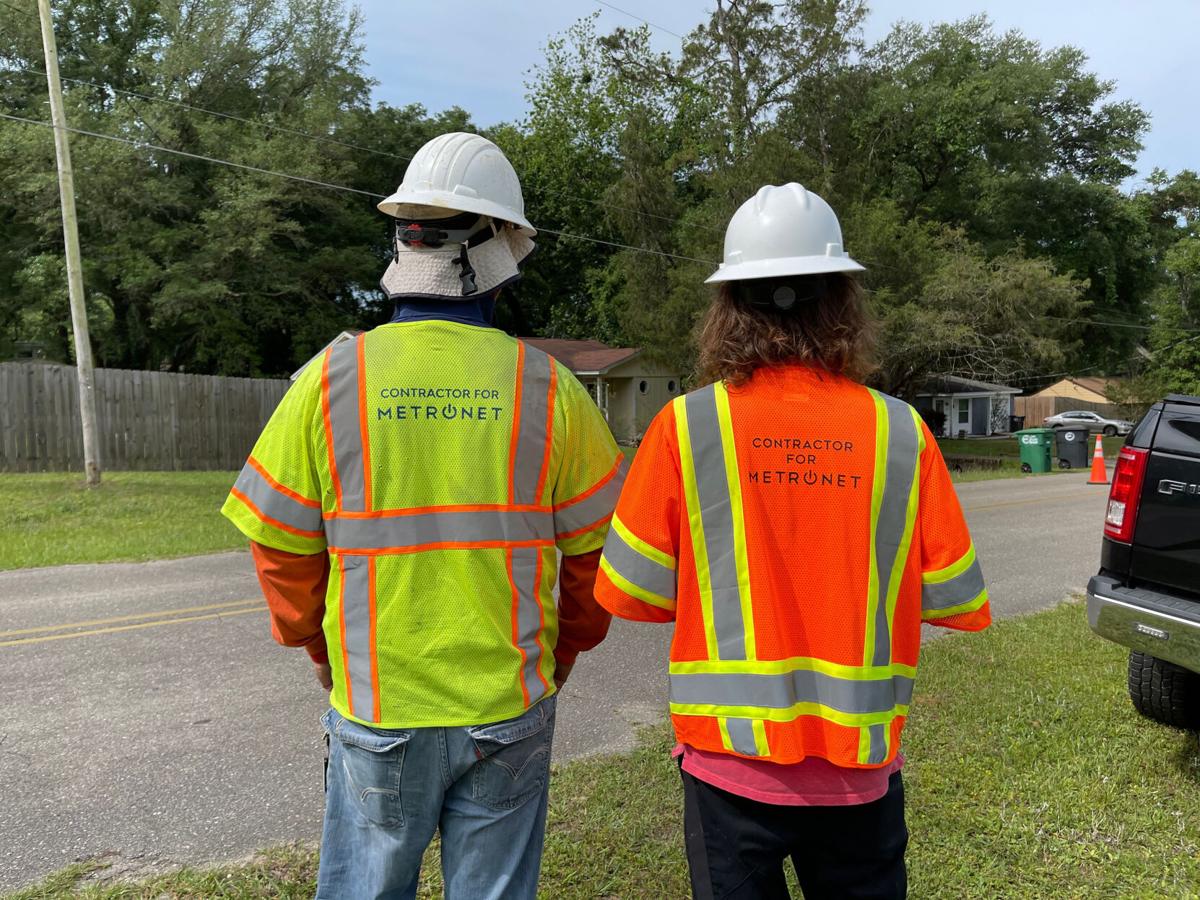 While MetroNet will begin the major installation of its fiber optic system this spring, residents of Chanhassen may have already noticed their presence in the community. The company is doing pre-construction work as it continues to analyze the community. 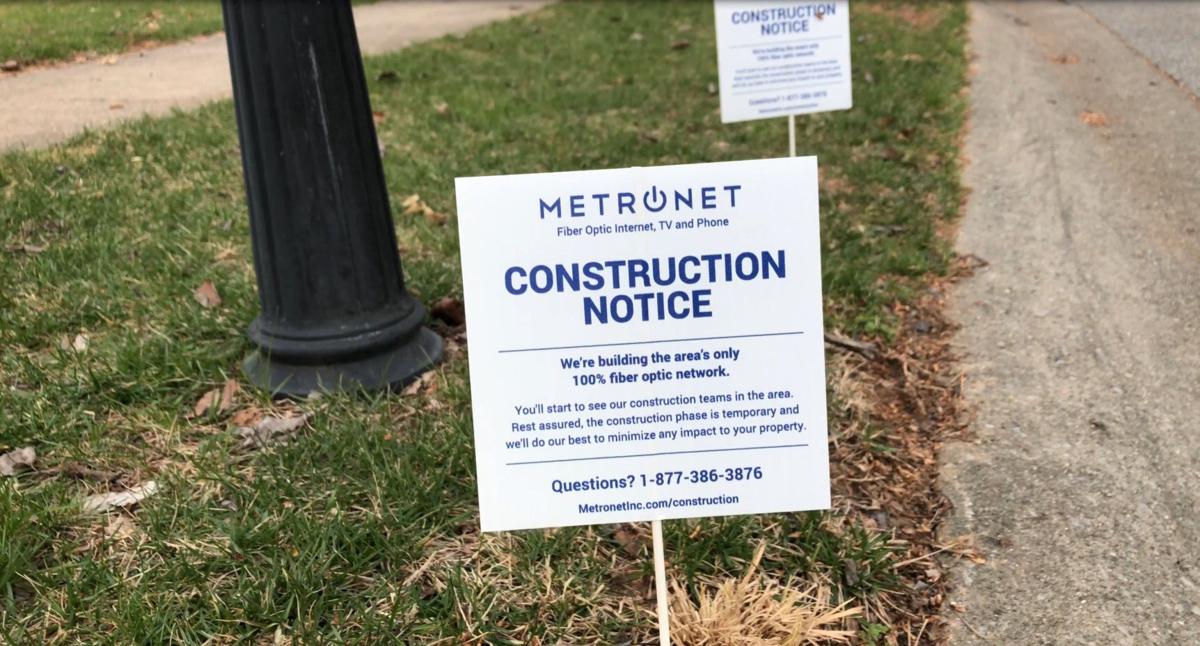 It will take MetroNet around two years to completely build the fiber optic system. Residents don’t have to wait for the entire system to be built in order to use its services. To see when the company is coming into your neighborhood, visit construction.metronetinc.com/l/ChanhassenMN.

While MetroNet will begin the major installation of its fiber optic system this spring, residents of Chanhassen may have already noticed their presence in the community. The company is doing pre-construction work as it continues to analyze the community.

It will take MetroNet around two years to completely build the fiber optic system. Residents don’t have to wait for the entire system to be built in order to use its services. To see when the company is coming into your neighborhood, visit construction.metronetinc.com/l/ChanhassenMN.

Chanhassen will be the next city in Minnesota to have access to MetroNet fiber optic internet, TV and phone. The Chanhassen City Council approved a franchise agreement with MetroNet at a meeting in August.

MetroNet was established in 2004. Today, the company provides its fiber optic connection to over 100 communities in 13 states. The first city to work with MetroNet in Minnesota was Rochester. The company typically looks for communities that it deems to be underserved in broadband capabilities, said Kathy Scheller, the director of government relations for MetroNet.

“We began to look elsewhere within our footprint to see communities that perhaps were underserved where we can make an impact,” Scheller said.

MetroNet offers a direct fiber optic connection to customers’ homes. The only devices that are connected to the company’s fiber are the customers’, Scheller said. Customers don’t share any bandwidth with their neighbors like they would with cable. Customers can utilize internet, television and phone.

Residents of Chanhassen will see a major MetroNet presence in the community this spring. However, residents may have already seen the company in the community because it is doing pre-construction work as it continues to analyze the community, Scheller said.

It will take MetroNet around two years to completely build the fiber optic system in Chanhassen, but there is good news. The entire community doesn’t have to wait that long to start using its services. Once MetroNet gets particular areas connected to the system, residents can start to utilize the services, Scheller said.

When MetroNet comes into a community, it looks to achieve at least 40% penetration in 14 months, Scheller added.

“We really come in and people immediately come to our services because they know the quality and the capability that these services have,” she said.

Building a fiber optic system in Chanhassen will be a multimillion dollar investment for MetroNet. The company goes through an extensive process because it is investing in the city, Scheller said. Based on the company’s business model, they believe MetroNet will achieve the penetration needed to be successful, she added.

“We believe the impact that we’re going to make to residents and businesses alike will be a game-changer for the community,” Scheller said.

Bringing MetroNet into the community could help the future of Chanhassen. The economic development impact of having fiber optics in a community is very important, Scheller said. A fiber optics system not only impacts current residents and businesses, often companies are looking to go into communities that have access to fast internet speeds. Fiber optics allow unparalleled speeds, she said.

During the pandemic, people quickly learned how important it is to have multiple devices connected to the internet. Children were being home schooled and people were working from home. Fiber optics have come to the forefront and a lot of communities are realizing its importance, Scheller said.

“We always are very excited when we are able to achieve an agreement with a city like Chanhassen,” Scheller said. “We’re going to come in and bring world class fiber optic infrastructure into the community and we’re excited for that.”

It was important to bring MetroNet into the community because there are portions of the city that are not currently served by Mediacom, said City Manager Laurie Hokkanen.

As consumers, people are very used to having choice. To date, Chanhassen and many other communities had really only one internet provider. It’s great for residents to have two options, Hokkanen added.

MetroNet was the first capable and interested provider that approached Chanhassen to work together, according to Hokkanen. The city typically heard that because it was already served by Mediacom, that it wouldn’t be interesting for other providers to come in because they wouldn’t capture enough market share, she added.

According to Mayor Elise Ryan, improved internet service options has been a frequently requested action from the council. The council made it a priority and are happy to add MetroNet to its mix of internet service providers.

“We are pleased to be able to add another option for internet and cable service,” Ryan said. “We do believe that adding competition to the market is important as we hope it elevates all service in this area.”

To learn more about MetroNet and to see when the company is coming into your neighborhood, visit construction.metronetinc.com/l/ChanhassenMN.

“We do believe that adding competition to the market is important as we hope it elevates all service in this area.”