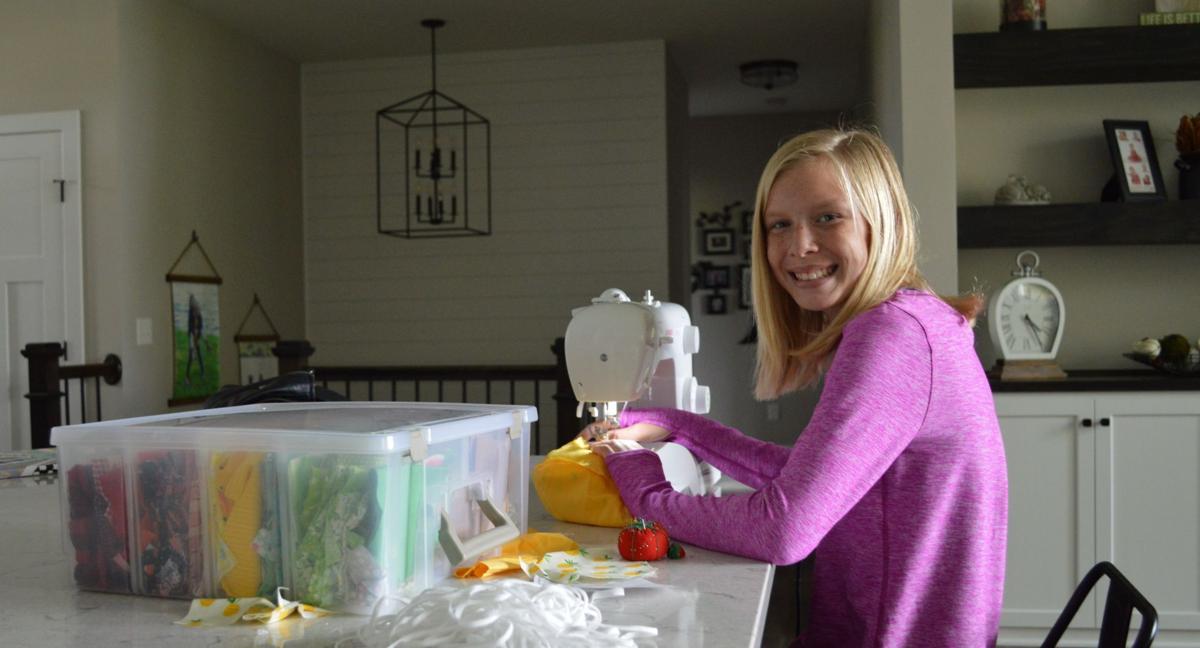 Addie Eckhoff poses by her sewing machine and fabric box at her family’s Chanhassen home. 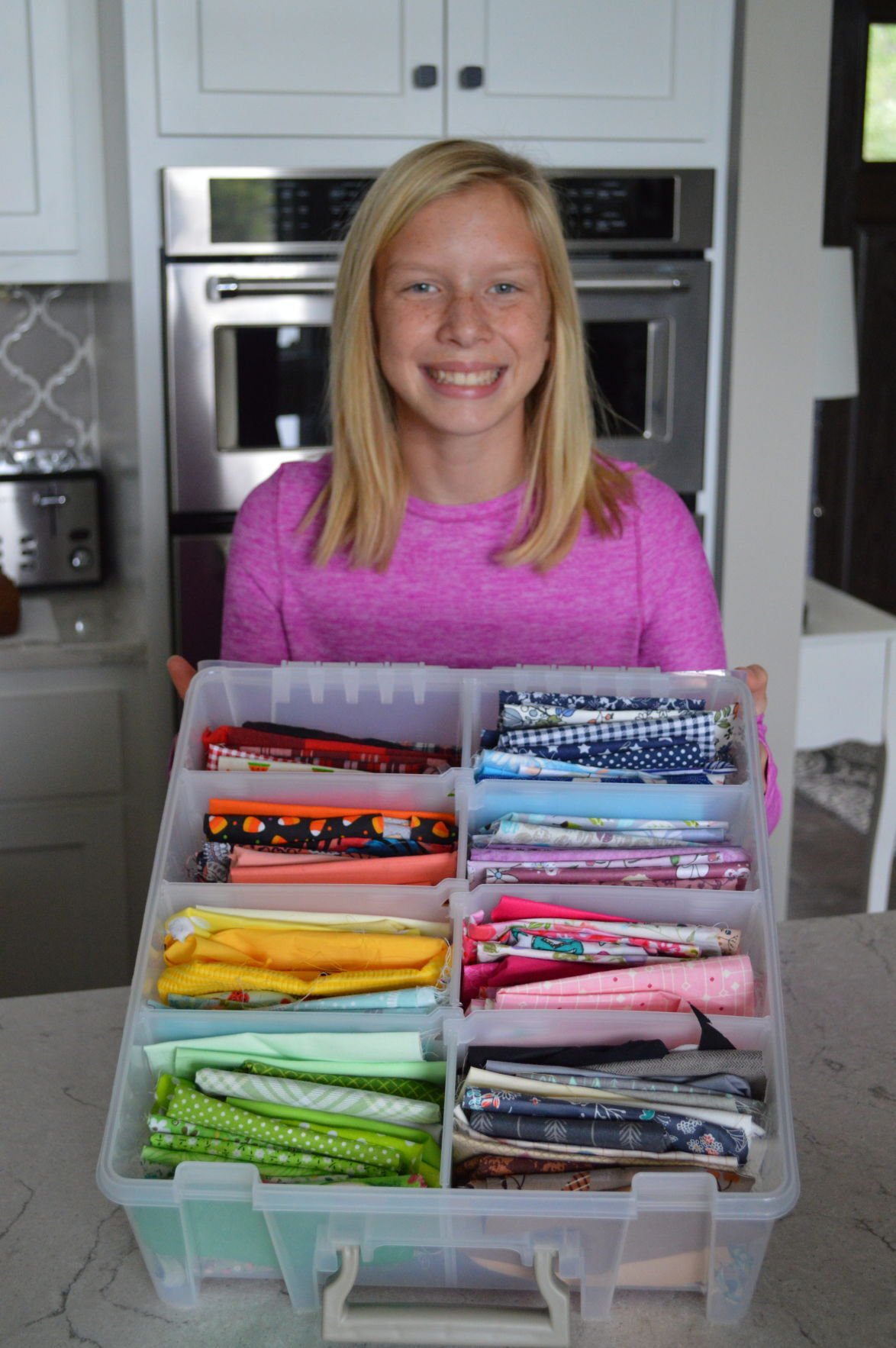 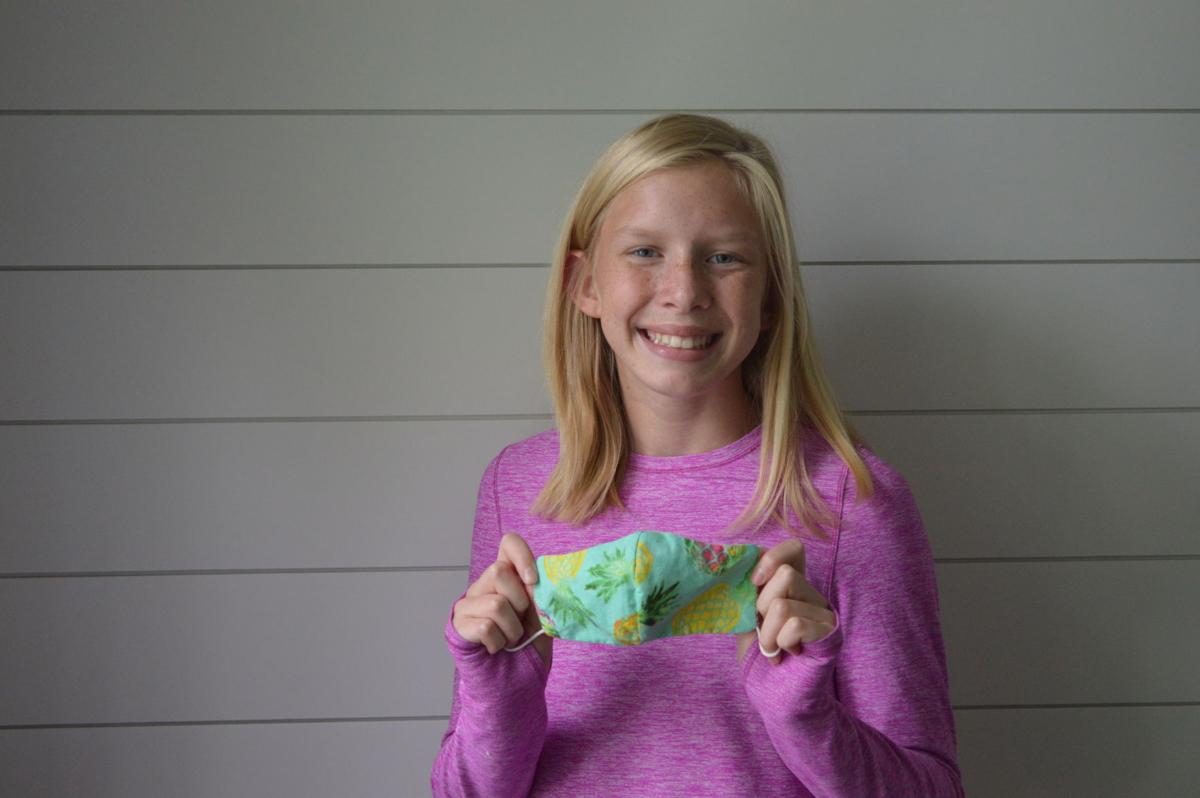 Twelve-year-old Addie Eckhoff holds one of the masks she made for Chanhassen Elementary School students.

Addie Eckhoff poses by her sewing machine and fabric box at her family’s Chanhassen home.

Twelve-year-old Addie Eckhoff holds one of the masks she made for Chanhassen Elementary School students.

It all started after 12-year-old Addie Eckhoff watched a YouTube video.

In it, a girl made 100 face masks in just two days — “and I saw that and was like, if she can do it, I can do it. But she didn’t sleep, and obviously I have to sleep,” Addie laughed.

Addie, a seventh-grader at Pioneer Ridge Middle School who has been sewing since she was in second grade, is known in her neighborhood for her crafts and creations. But instead of tie-dye parties and bracelet making, she’s concentrated her creative energy to something bigger — making personal protective equipment for the kids at Chanhassen Elementary School.

With the help of YouTube and Pinterest, Addie had been making masks for neighbors and friends throughout August. But it wasn’t until school started to approach that she thought of her own former elementary school as a place in need.

“We were talking about elementary school kids and how many masks they’re going to have to go through in a day. She came up with the idea in case kids lost one or dropped it on the bathroom floor, they would have extras,” said Addie’s mother Katie Eckhoff.

Addie sat down at her sewing machine and made 25 masks in just one day. Though she slowed her output after that, she had almost doubled that number by the end of the week. Katie was ready to drop them off, but Addie was determined to hit her goal.

“It was such a pleasant surprise. She’s by far the youngest seamstress we’ve seen donate. Her actions are a wonderful testament to how much she cares for her community,” Lange said.

The school is using Addie’s masks for students who have forgotten or lost their own. (Though the addition of mask lanyards, which clip onto the edges so students can keep them around their necks, has minimized the number of misplaced masks, Lange said.)

Addie’s favorite part is picking the patterns for each mask from her large, well-organized box of fabrics, provided by her grandmother. Most are reversible, so she chooses a pattern and a matching solid fabric. Each mask takes her between 15-30 minutes to make, depending on the size.

“Hers are even better because of the color and patterns she used. The ones we give out are more plain, and kids like the creativity,” Lange said.

Will this become a business? While some mask-wearers have slipped her cash, Addie doesn’t charge for any of her creations. She just likes being creative and making things, Katie said.

“She’s always, always crafting. Not necessarily sewing, just making things, all the time. She gets ideas and puts her own spin on it,” Katie said. “It’s amazing.”