Chanhassen High School seniors toss their caps into the air during the 2017 graduation. 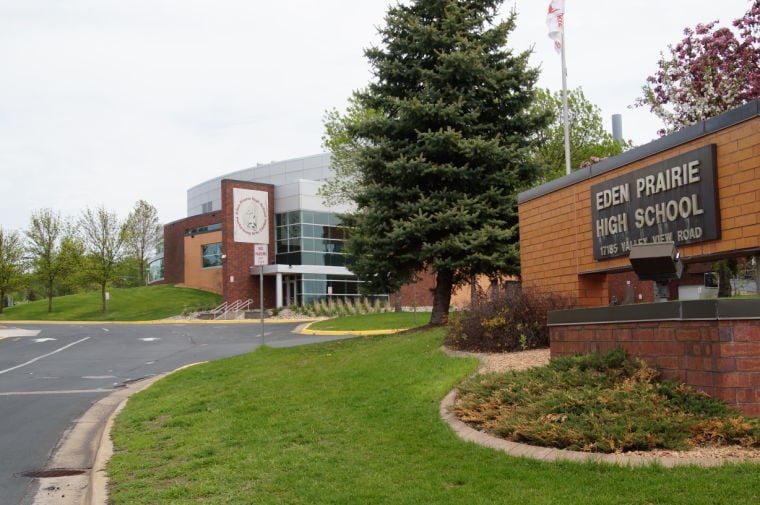 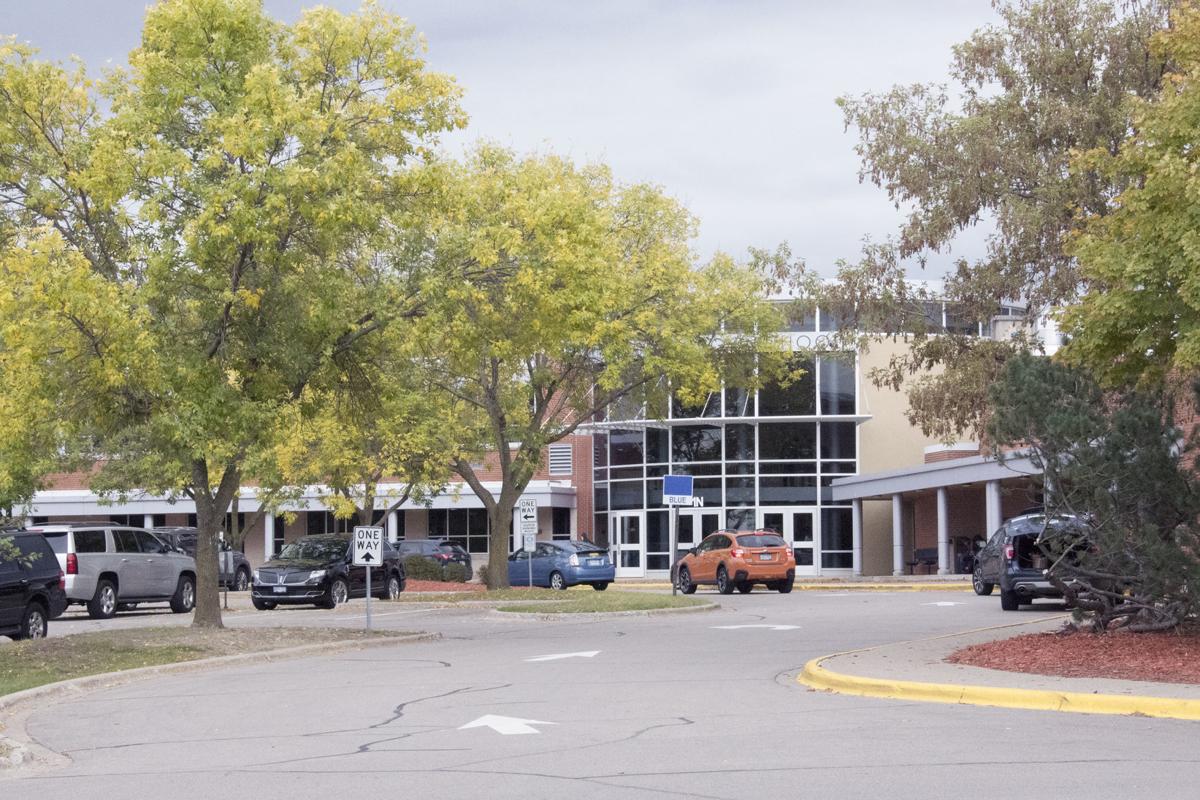 Minnetonka High School is at 5621 County Road 101 in Minnetonka.

Chanhassen High School seniors toss their caps into the air during the 2017 graduation.

Minnetonka High School is at 5621 County Road 101 in Minnetonka.

In the coming weeks, high school students will be handed their diplomas from schools across the state of Minnesota. And if the graduating class of 2019 is anything like the class of 2018, there will be disparities between racial and ethnic groups.

When graduating classes are divided based on ethnicity and/or race, white students are finishing high school at higher rates than their peers. The same is generally true for southwest metro school districts in their 2018 counts.

The difference is frequently labeled an “achievement gap,” although there are some experts who shy away from this label, saying it places blame on the student.

In 2018, the statewide graduation rate was 83%. The class had differing rates for students by racial or ethnic group:

The gap was a common topic on Gov. Tim Walz’s campaign trail and recent budget arguments. In 2015, Gov. Mark Dayton signed the Every Student Succeeds Act. The Minnesota-based organization, Voices for Racial Justice, wrote the act’s definition of education equity.

“The pursuit of education equity recognizes the historical conditions and barriers that have prevented opportunity and success in learning for students based on their race, income and other social conditions,” the definition reads.

The definition encourages elimination of such institutional barriers to pave the way for equity. Yet, the variables involved in such a process vary by school district, and groups within each school district.

Julie Sweitzer is the executive director of the College Readiness Consortium. In her director role with the University of Minnesota’s Department of Educational Psychology, she deals in post-secondary schooling readiness and youth programs.

The consortium aims to get students into a post-secondary school — whether it’s a two-year degree, four-year degree or technical program. Since the recession, the number of jobs available to students with only a high school degree has dropped and kept low.

“It’s critical to many of our efforts to get students to either just graduate from high school or to get them into post-secondary,” she said. “It’s never too late. That’s why we understand why it’s important to get the students engaged as early as possible to keep them there before they drop out.”

Comparing school districts by race or ethnic group is blurry, Sweitzer said, because some schools have more diversity within each racial and ethnic group.

For example, while one high school may have an overall better percentage in one group’s graduation rate. It can also have less diversity or a lower count in that group compared to neighboring schools.

Eastern Carver County Schools sent a press release to families in April of this year, saying it had shown “significant improvements” in closing an achievement gap. From 2017 to 2018, the graduation rate for Hispanic students, black students, and students of two or more races went up more than 10%. In the case of students who identify with two or more races, the graduation rate went from 66.7% in 2017 to 77.8% in 2018.

However, in Chanhassen High School, there are less students within these groups compared to neighboring high schools. Less than 10 students graduated in 2018 who identified with the category of two or more races.

“Our demographic categories are very limited,” Sweitzer said. “All of the economic and social aspects, and other factors, may not be the same for the black students in Chaska as they are in Hopkins.”

Cultural competency, student and teacher relationships and getting started on equity early on are all factors that can minimize the gap, she said.

“It’s not always clear which one of those practices is going to work,” she said. “When you get down to the individual level, that is both the art and science of teaching.” 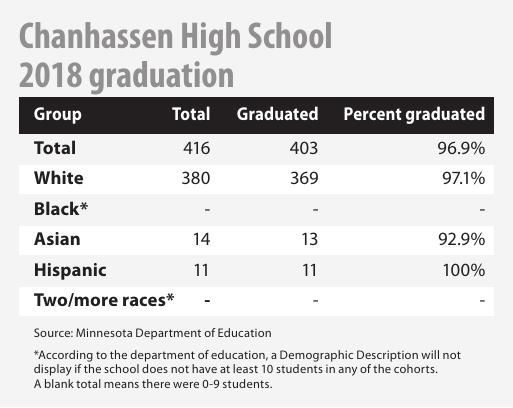 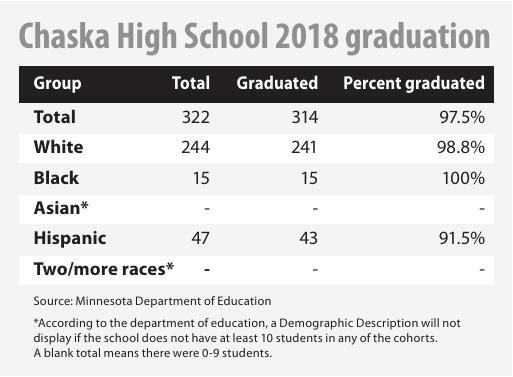 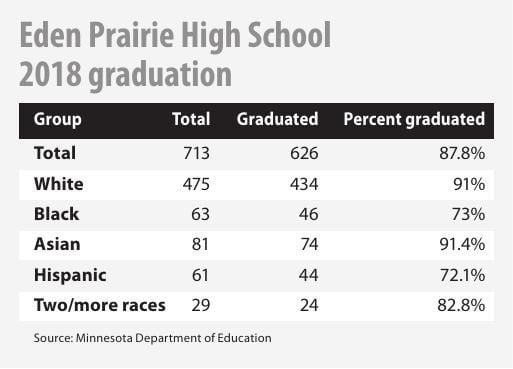 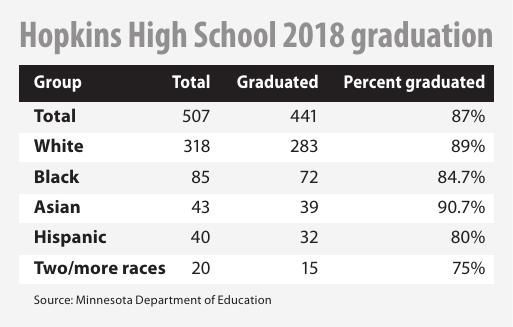 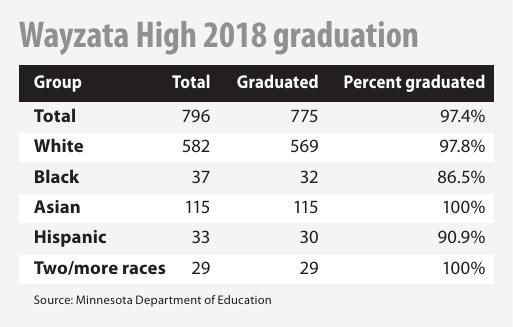 Dependending on the district, the Minnesota Department of Education also categorizes by students in special education, students eligible for free and reduced price meals, students experiencing homelessness and American Indian and Alaskan Native students. Among all districts, the department also separates by gender.