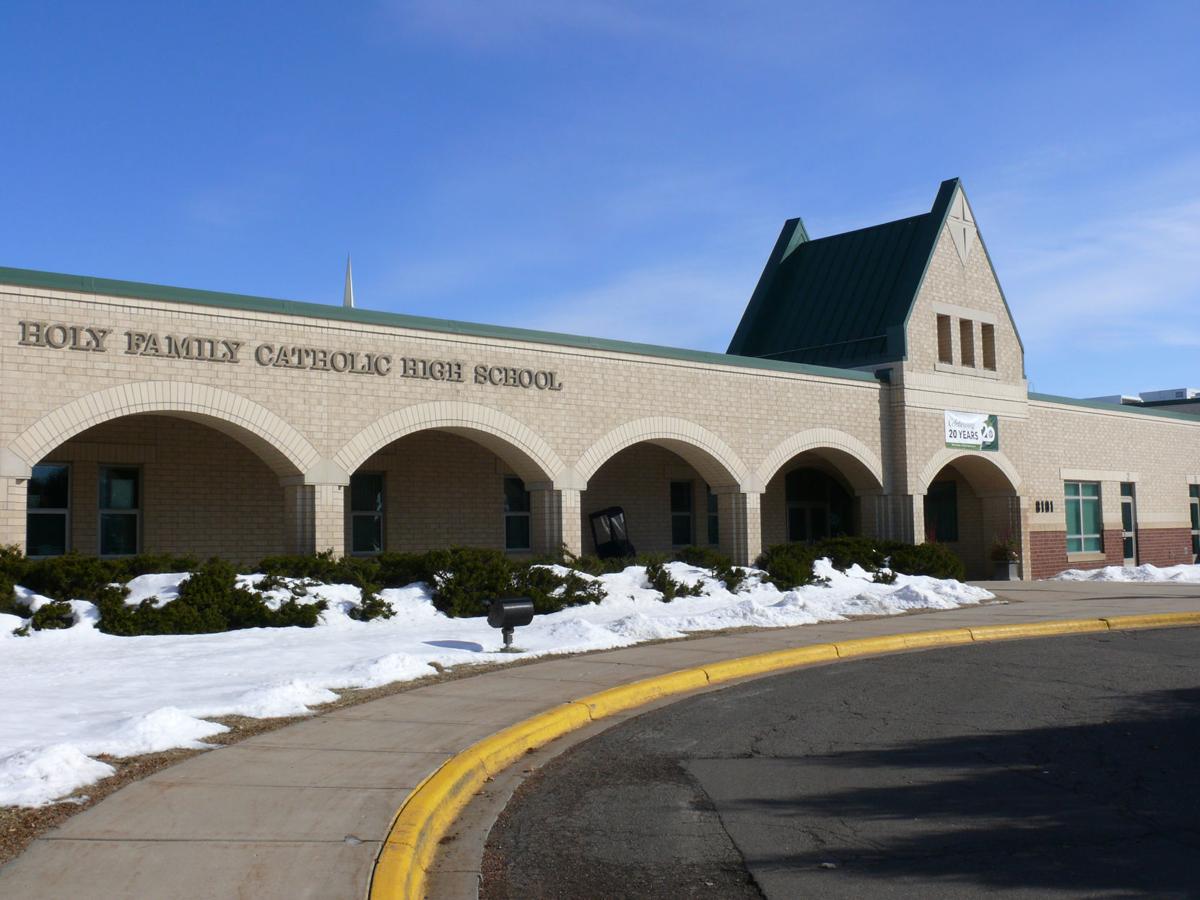 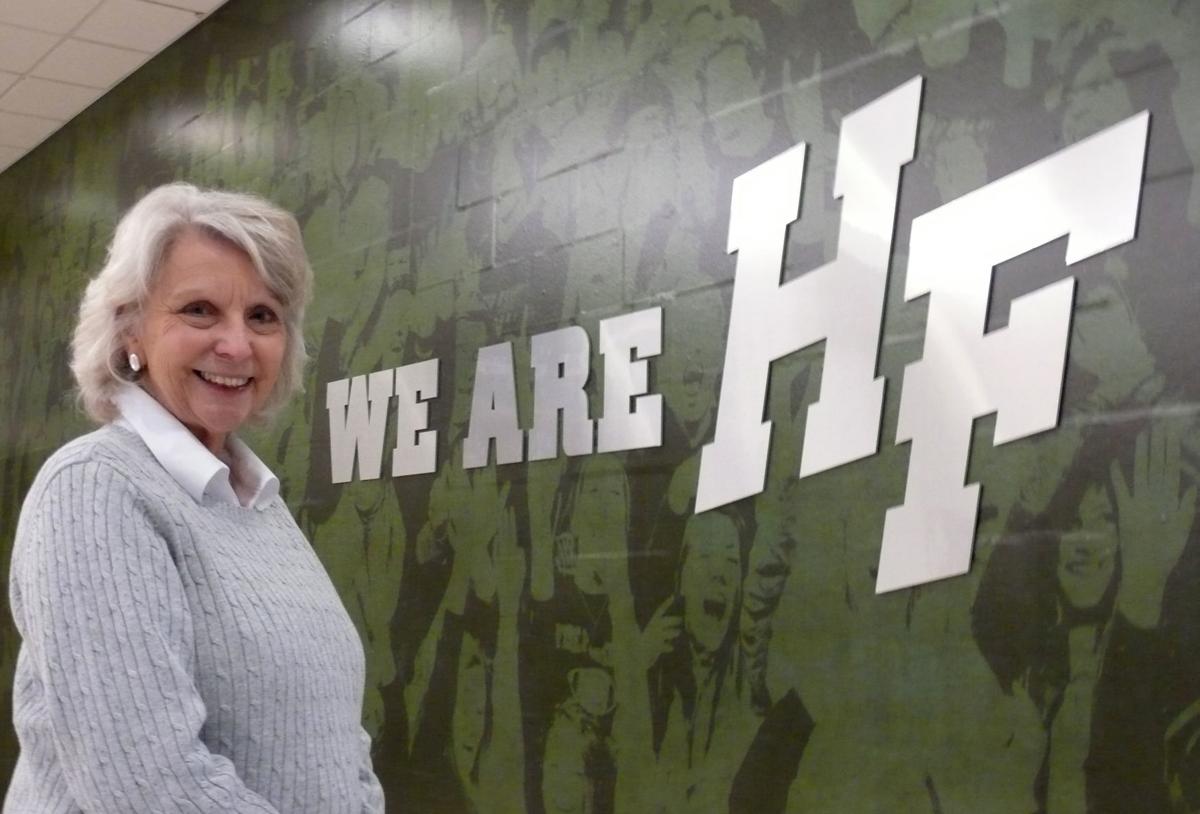 Kathleen Brown, the only principal Holy Family Catholic High School has known, will retire at the end of this school year. 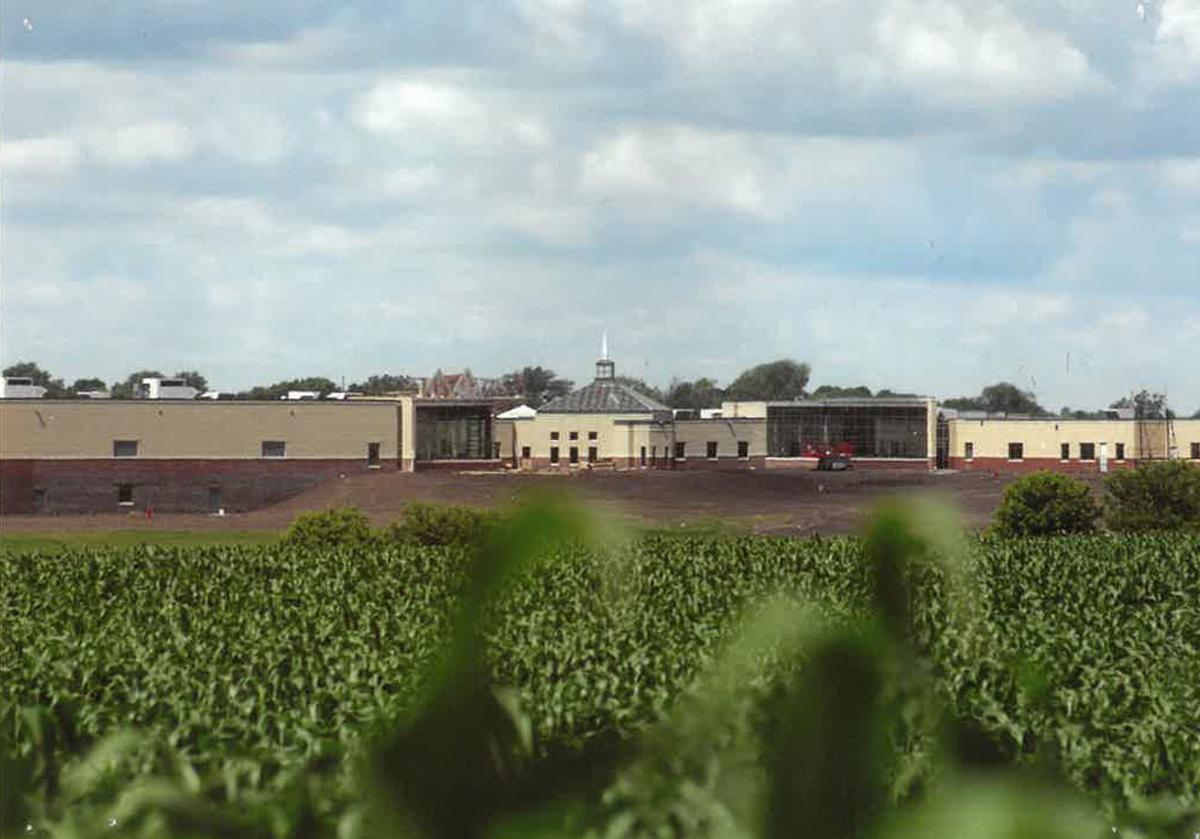 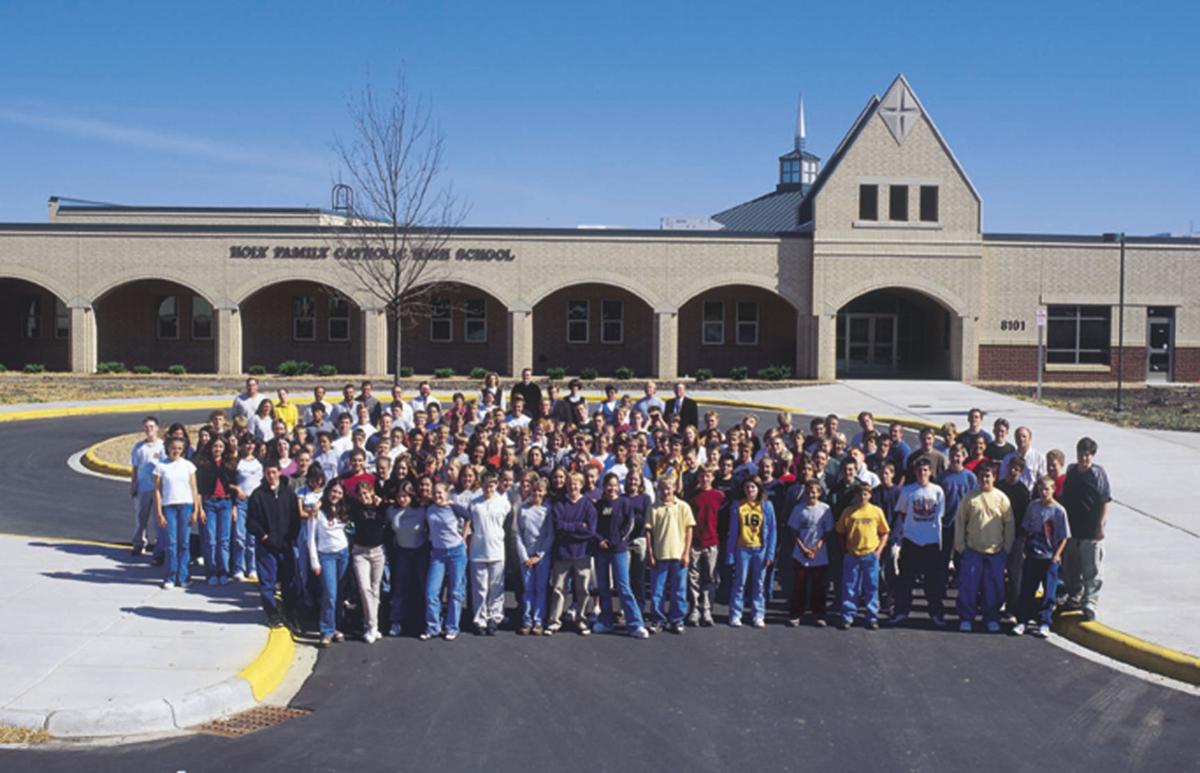 Students and faculty gather in front of Holy Family Catholic High School on the first day of school Sept. 5, 2000. 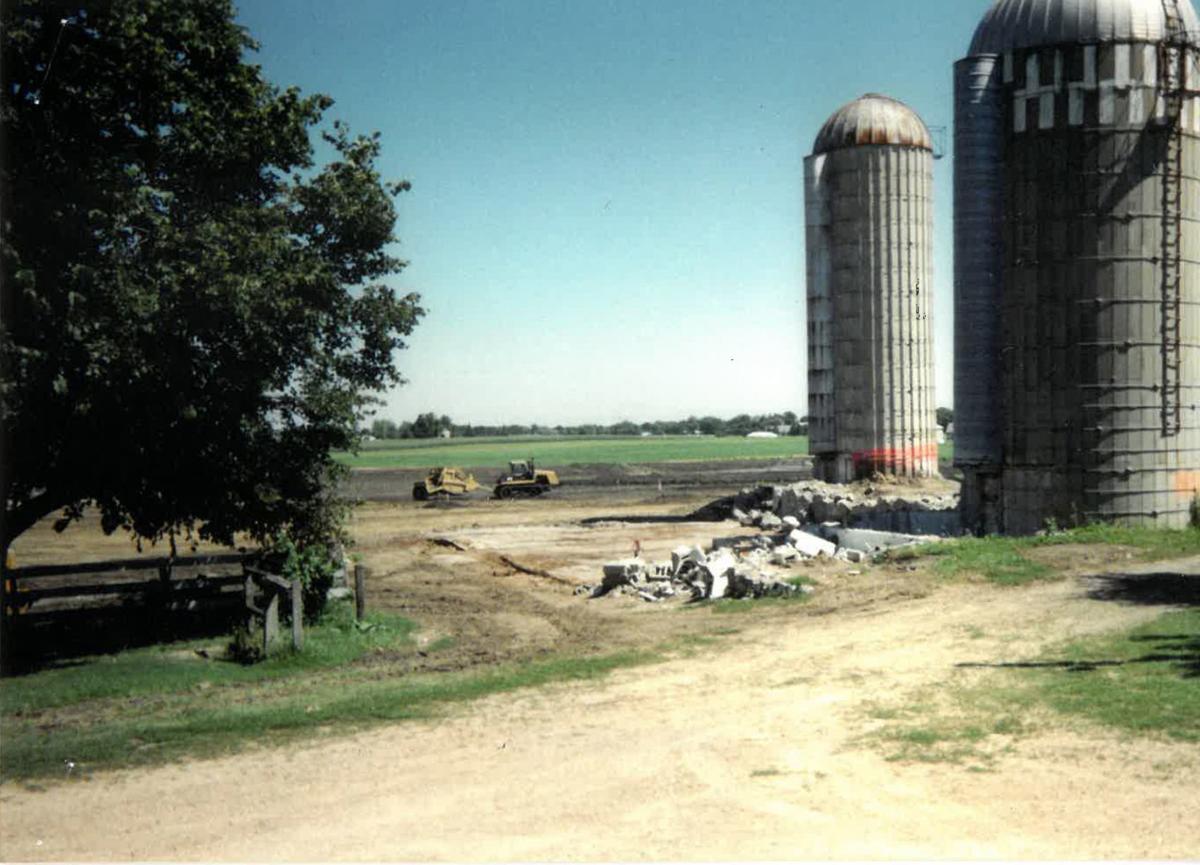 Bulldozers get to work near the original farmsite and silos where Holy Family Catholic High School now stands. 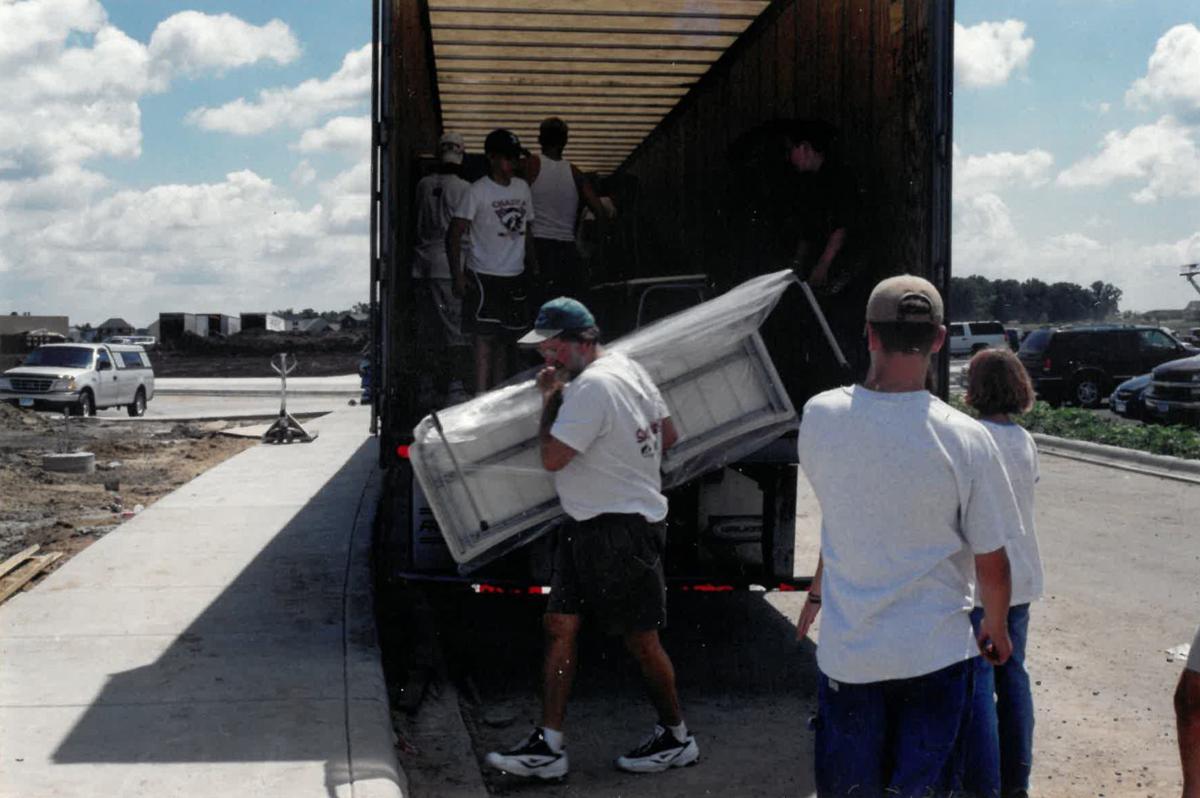 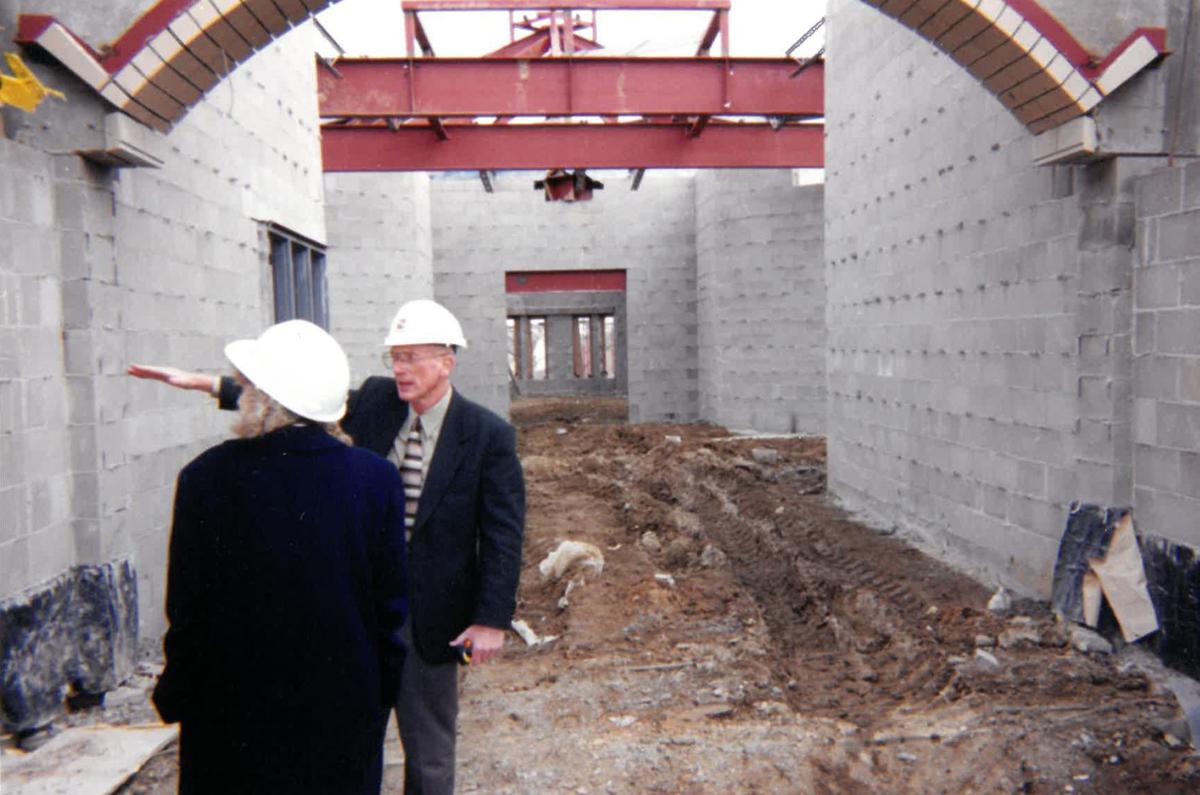 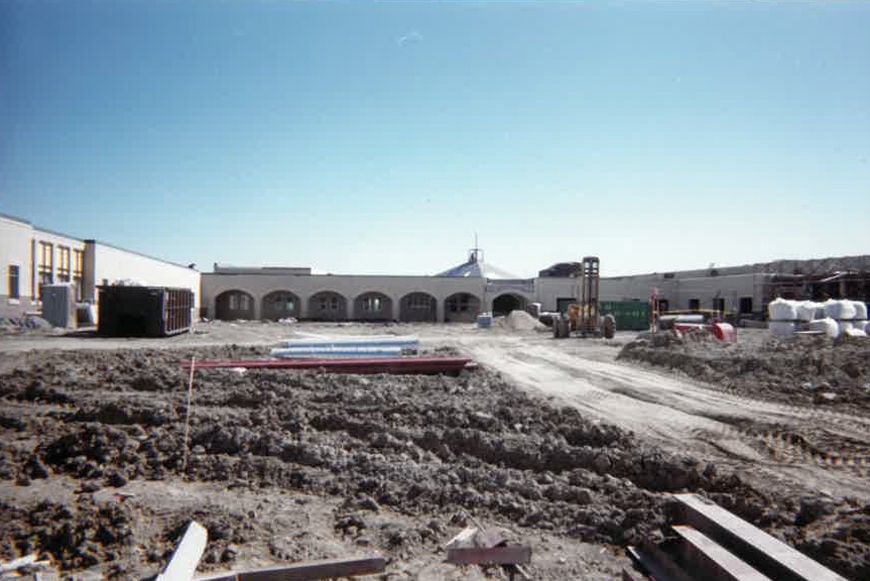 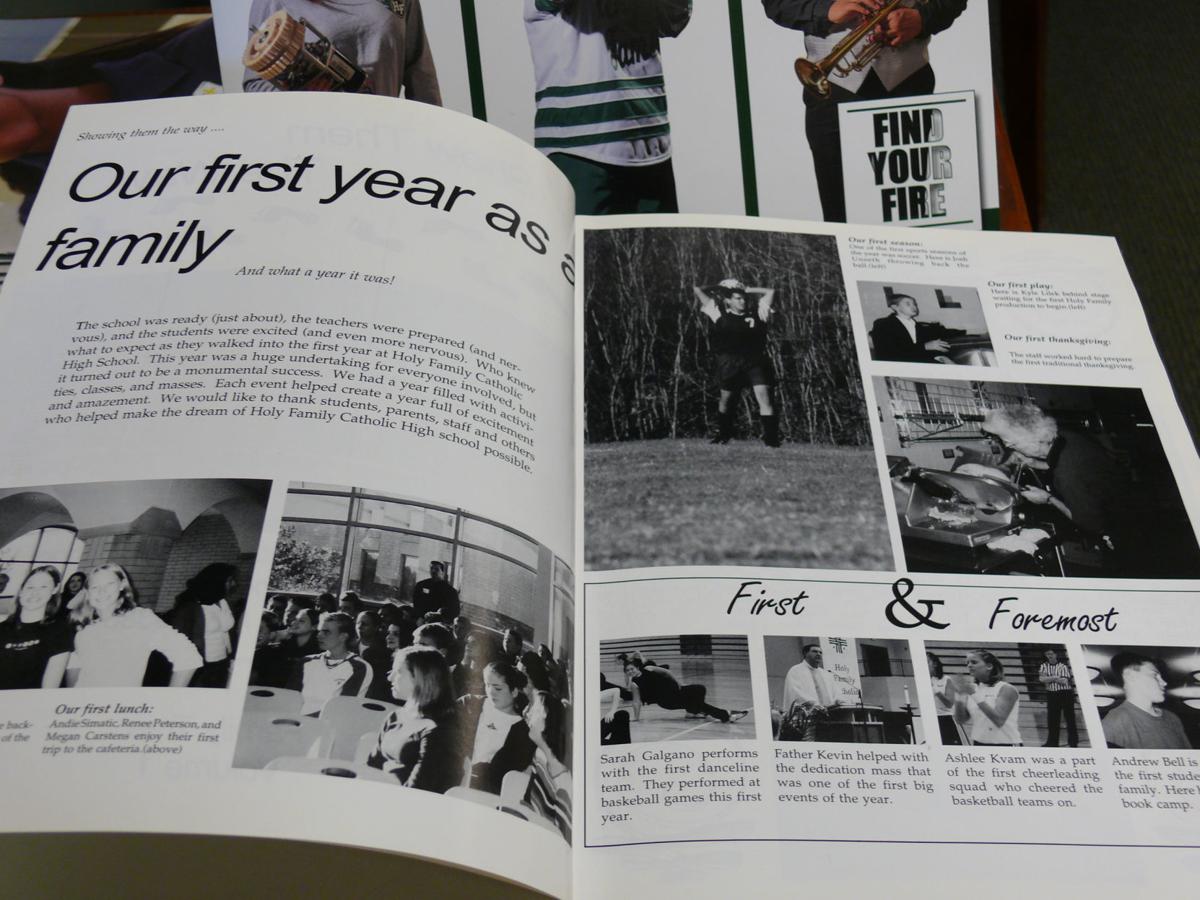 Kathleen Brown, the only principal Holy Family Catholic High School has known, will retire at the end of this school year.

Students and faculty gather in front of Holy Family Catholic High School on the first day of school Sept. 5, 2000.

Bulldozers get to work near the original farmsite and silos where Holy Family Catholic High School now stands.

Theo Chalgren recalls the suggestion, the coffee shop discussion and the collaborative effort that led to the establishment of Holy Family Catholic High School — now celebrating its 20th year.

“It’s hard to believe that 20 years has gone by,” said Chalgren, a 9-1/2-year member of the HFCHS board. “I, like many, am proud that the school is there and serving the community.”

Chalgren, Rob Roy, Tom Steward and Joe Morin, who died in 2018, are considered the school’s founding foursome — at least idea-wise.

The men had just finished a council meeting at St. John the Baptist Church in Excelsior about expanding that parish’s school when someone suggested the desire for a Catholic high school in the area. That was in summer 1995.

“It was about a week later that the four of us met at a local coffee shop in Excelsior and started talking a bit seriously about it,” said Chalgren, assistant director for youth formation at St. Victoria Catholic Church in Victoria.

“It’s great to see alumni now who are living the mission and serving people in a lot of successful ways. That’s been pretty fun,” he said.

“The world is a tough enough place, so we’re glad to offer students an opportunity to have a viewpoint that has a faith-based point to it," Chalgren added.

The effort received support from the Archdiocese of St. Paul and Minneapolis, which indicated it was the first lay-driven Catholic high school in the country.

It was initially called the Southwest Metro Catholic High School, but about 2-1/2 years into the project, it became Holy Family.

“The goal was to get enough interest and fundraising pledges to get the school built and up and running by the year 2000,” said Chalgren. “There are so many people who are responsible for getting the school started.”

Kathleen Brown, the only principal the school has known, will retire at the end of this school year. (Holy Family Catholic High School Assistant Principal John Dols is slated to be the next principal.)

“It was a rare opportunity to be part of this whole process; to be part of something literally from the ground up, and to see it grow into such a fine and reputable high school,” said Brown, who came to the area from Waukesha Memorial Catholic High School (Wisconsin) in 1999 to be part of the building development process.

The 4.5-acre school building, at 8101 Kochia Lane, Victoria, sits on 72 acres of property. The school had 147 students, a combination of freshmen and sophomores, when it originated. Today, the four-grade total enrollment is about 400.

“It started largely by going door-to-door, talking at churches and finding the kids who had the pioneer spirit; where they could build tradition; to start something from scratch,” Brown said.

The same was true for Brown.

“It was a compliment to be asked,” she said. “I had this whiteboard, where I was asked what I really wanted a school to look like. You don’t get many opportunities like that.”

Brown chuckles when telling about the school not having computers the first few months of school in 2000, and once shutting down the hockey program because students didn’t do their homework.

“You learn. We all learned as we went along and we continue to learn, as educators and students,” she said. “People feel welcome here because you grow in your relationships. We do a lot of things here to help kids get ready for their future; how to live faithful lives with skills, knowledge and integrity.”

Beginning with the 2020-21 school year, the school will be offering May Term, a program designed to provide unique and enriching learning experiences for Holy Family students.

The plan requires students in grades 9-11, at the end of final second-semester exams, to participate in a wide range of courses, including: culture and history; family consumer science and creative arts; music/theater; math/technology; science; sports and hobbies; and theology.

Allie Jansen and Logan Radick, Holy Family seniors, say they have enjoyed and appreciated the educational experiences at the school. Neither has ever attended a public school and both have older siblings who attended Holy Family.

“My favorite part is the small class sizes, where you really get to know your teachers and they know you,” said Jansen, 17. “There is so much of the community aspect here. Being here has taught me to be a leader in so many different ways.”

Radick said he “couldn’t be happier to be here. It’s a really welcoming place and the Catholic identity of the school teaches us to treat everyone with a certain degree of respect. I think that’s a big part of why I like Holy Family.”

When asked what he imagines Holy Family to look like in another 20 years, Radick said: “It will need a new paint job in a few areas. It will be interesting to see the culture and energy of the school, how that will change, because I know it will; and I wonder how the school will continue to retain its image in the community.”

“It was a rare opportunity to be part of this whole process; to be part of something literally from the ground up, and to see it grow into such a fine and reputable high school."