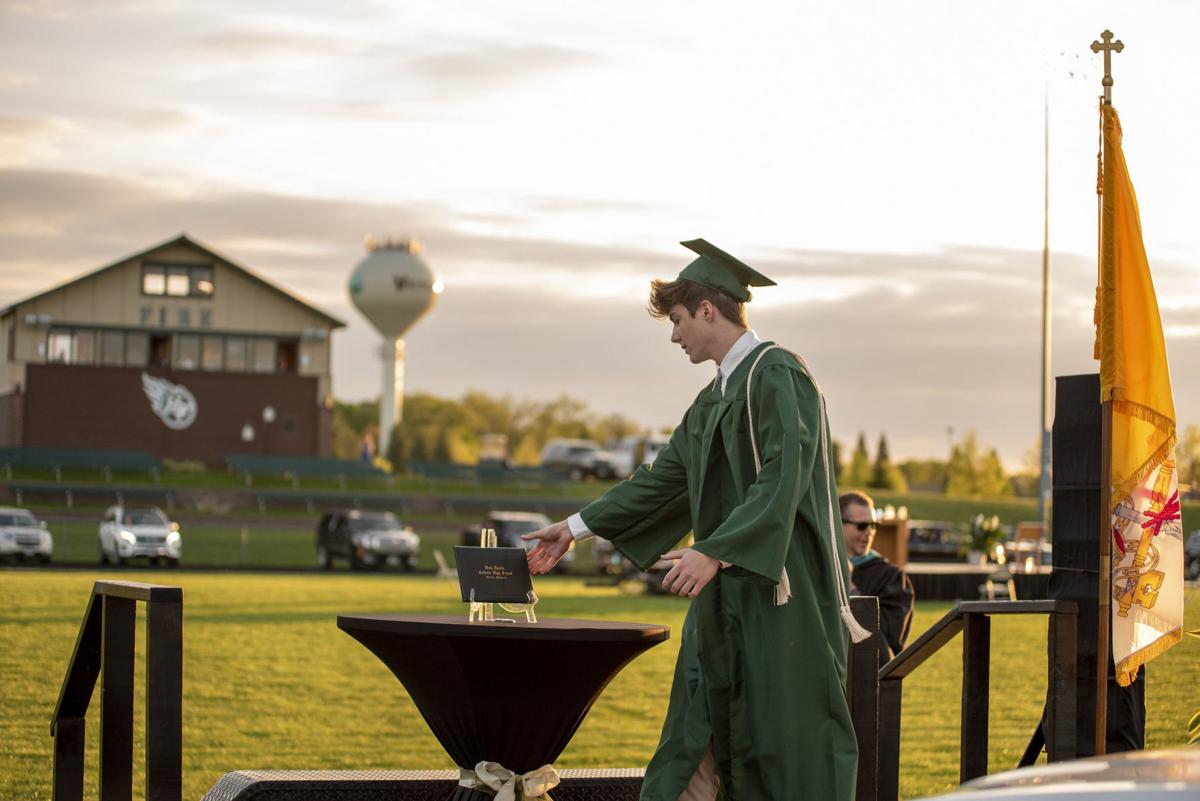 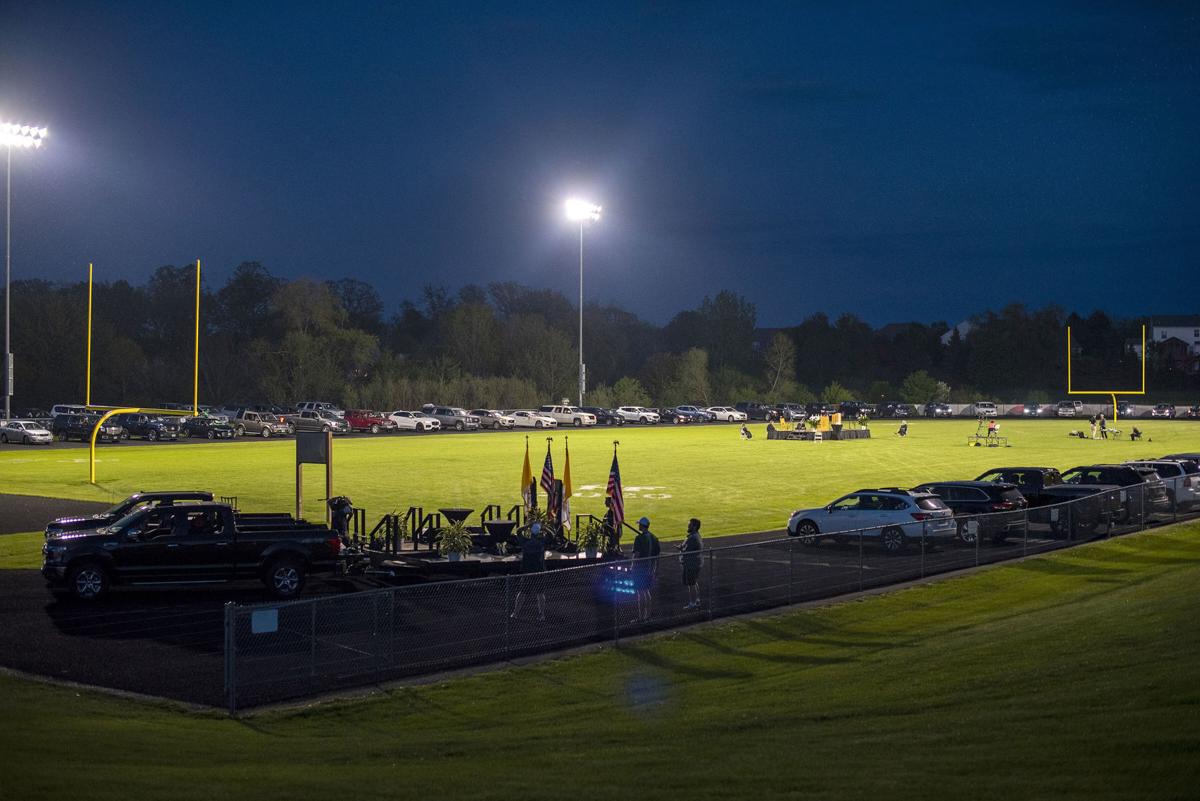 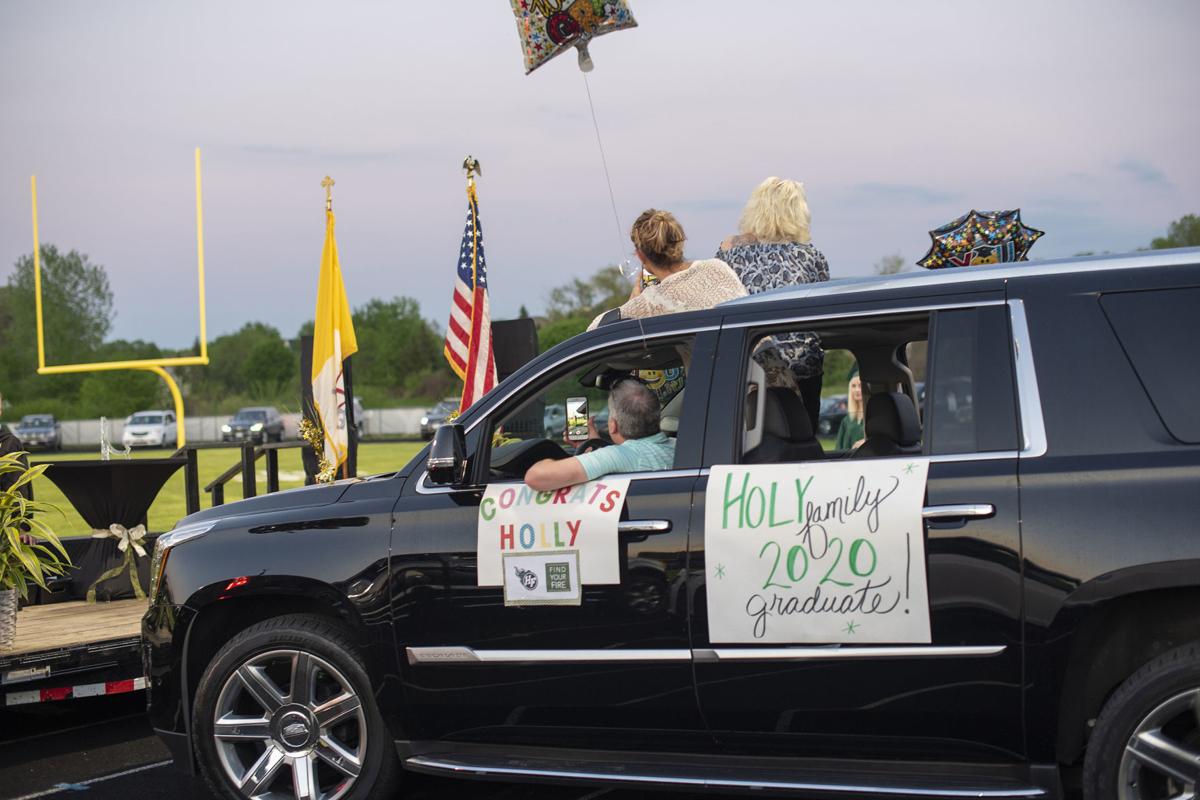 Vehicles filled with family cheer on their 2020 Holy Family Catholic High School graduates on May 20.

Vehicles filled with family cheer on their 2020 Holy Family Catholic High School graduates on May 20.

“It ended up being such a wonderful experience for everybody. It was pretty special,” said Holy Family President Michael Brennan.

The vehicles with students and their families were spaced apart on the school track, facing the football field.

In the center of the field, officials spoke to the students, presenting the Baccalaureate & Commencement Mass.

Then two mobile platforms, pulled by pickups, stopped in front of each vehicle. Each student walked up on the platform as their name was announced, collected a diploma and Holy Family medallion, and posed for a photograph. The stage moved to the next vehicle.

There are 78 graduates in the Class of 2020, a bit lower than the typical year, including 2021, which will have 100-plus students, according to Holy Family Director of Content Strategy and Communication Laura Podergois.

The ceremony was well received, said Brennan, who received a stream of positive feedback and emails following the graduation, until well after midnight.

Brennan said it shows that the school is “being steadfast in our convictions to take care of those kids.”

He said it was important for the ceremony to meet two criteria — acknowledge the rite of passage of graduation, and maintain the tradition of walking across the stage.

“We pivoted,” Brennan said, of the school’s plans. “The mobile stage concept — that’s what allowed us to make it happen.”

According to a Holy Family press release, the event was “planned carefully in compliance with guidelines provided to schools by the Minnesota departments of Health and Education and organized with guidance from the Archdiocese of Saint Paul and Minneapolis and local officials.”

And, at the end of the evening ceremony, there were fireworks.

“I just want them to remember,” Brennan said. “Never forget how much we loved them.”