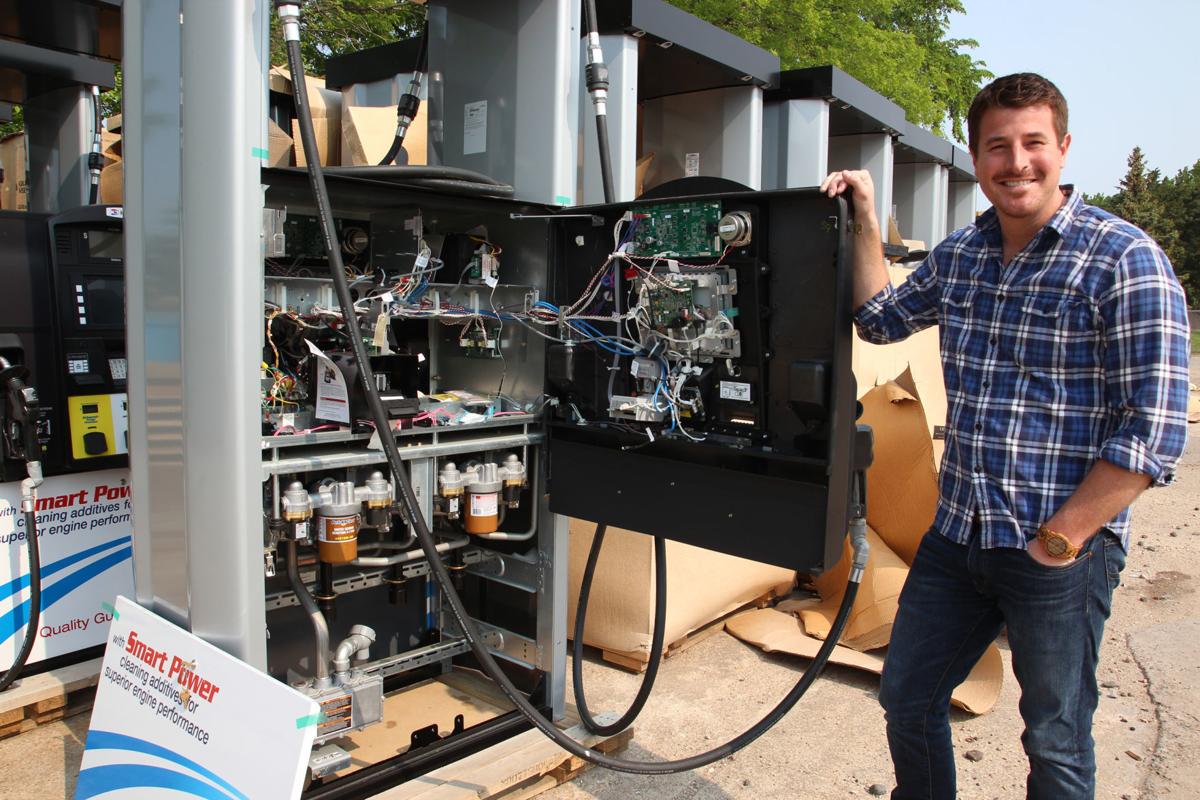 Kurt Rademacher, CEO and president of Pump & Meter Service, Hopkins, shows off the inside of a gas pump that will be installed at a Holiday Station. 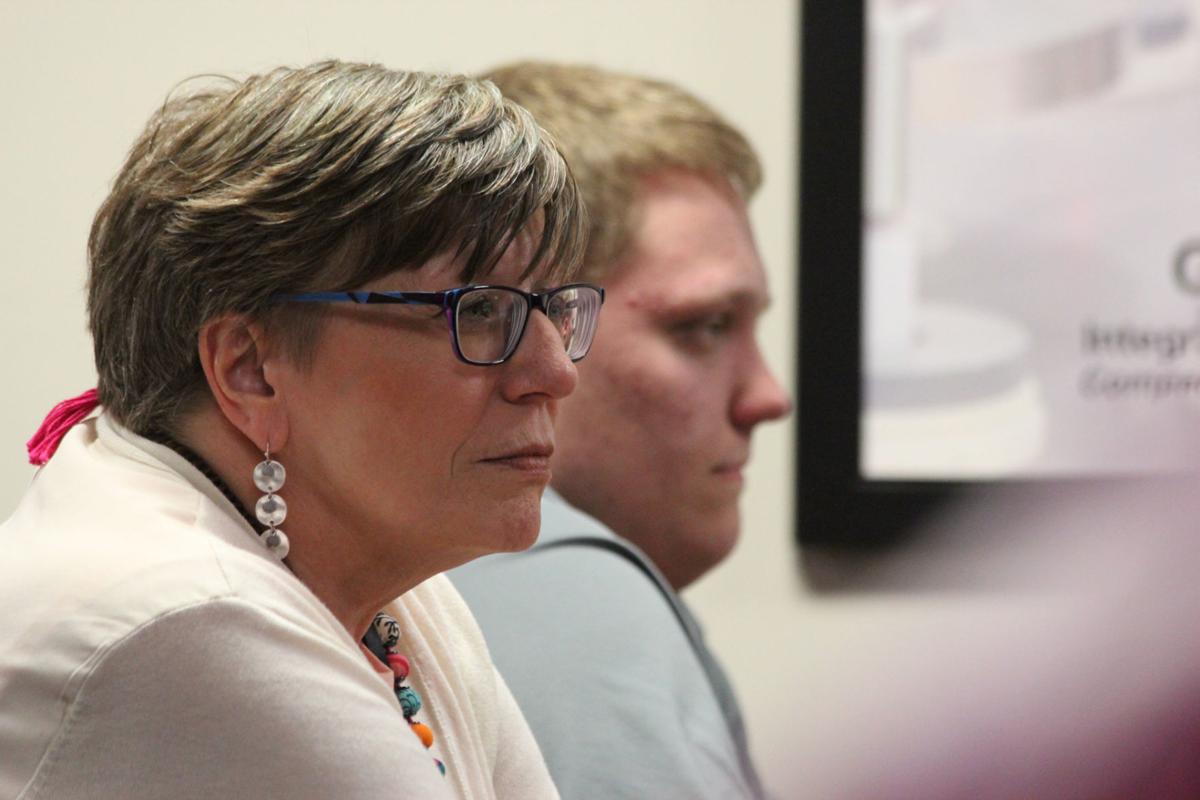 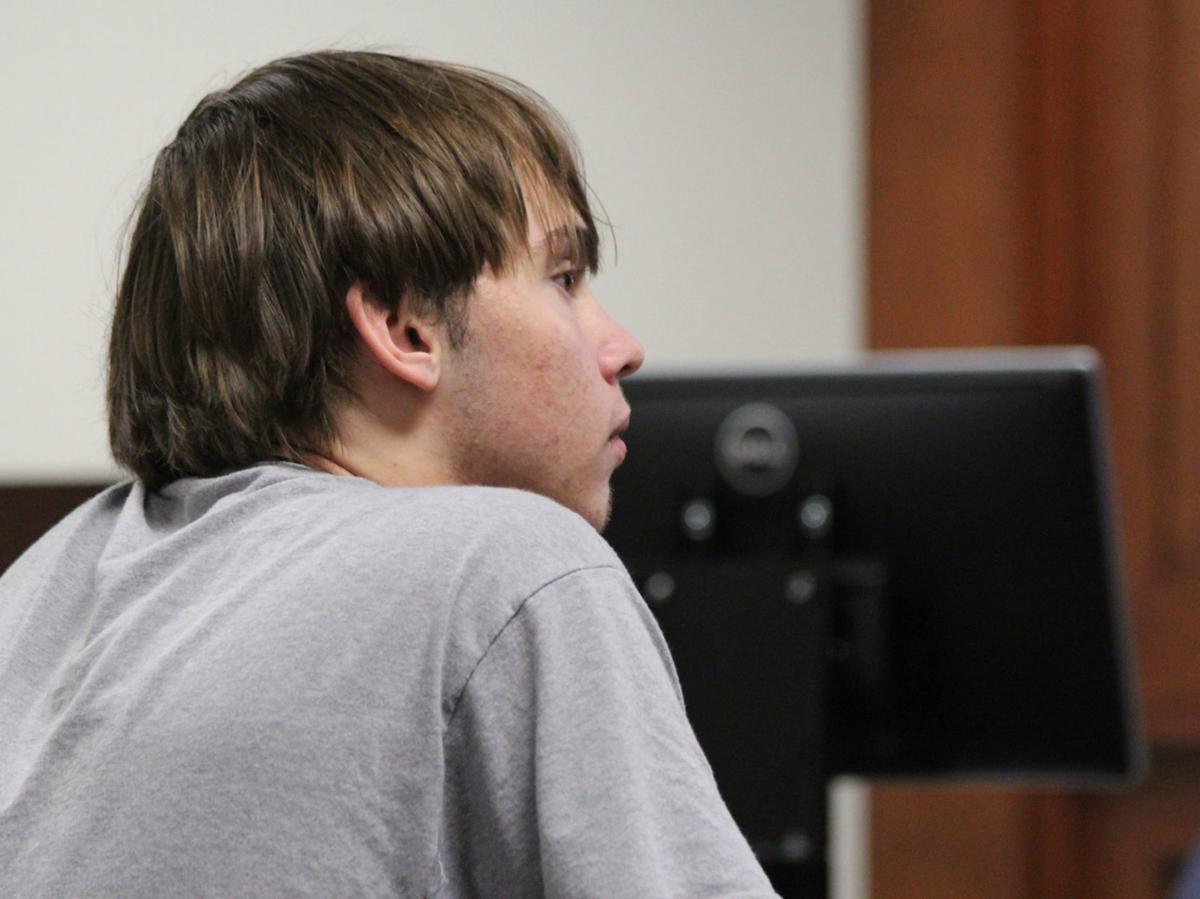 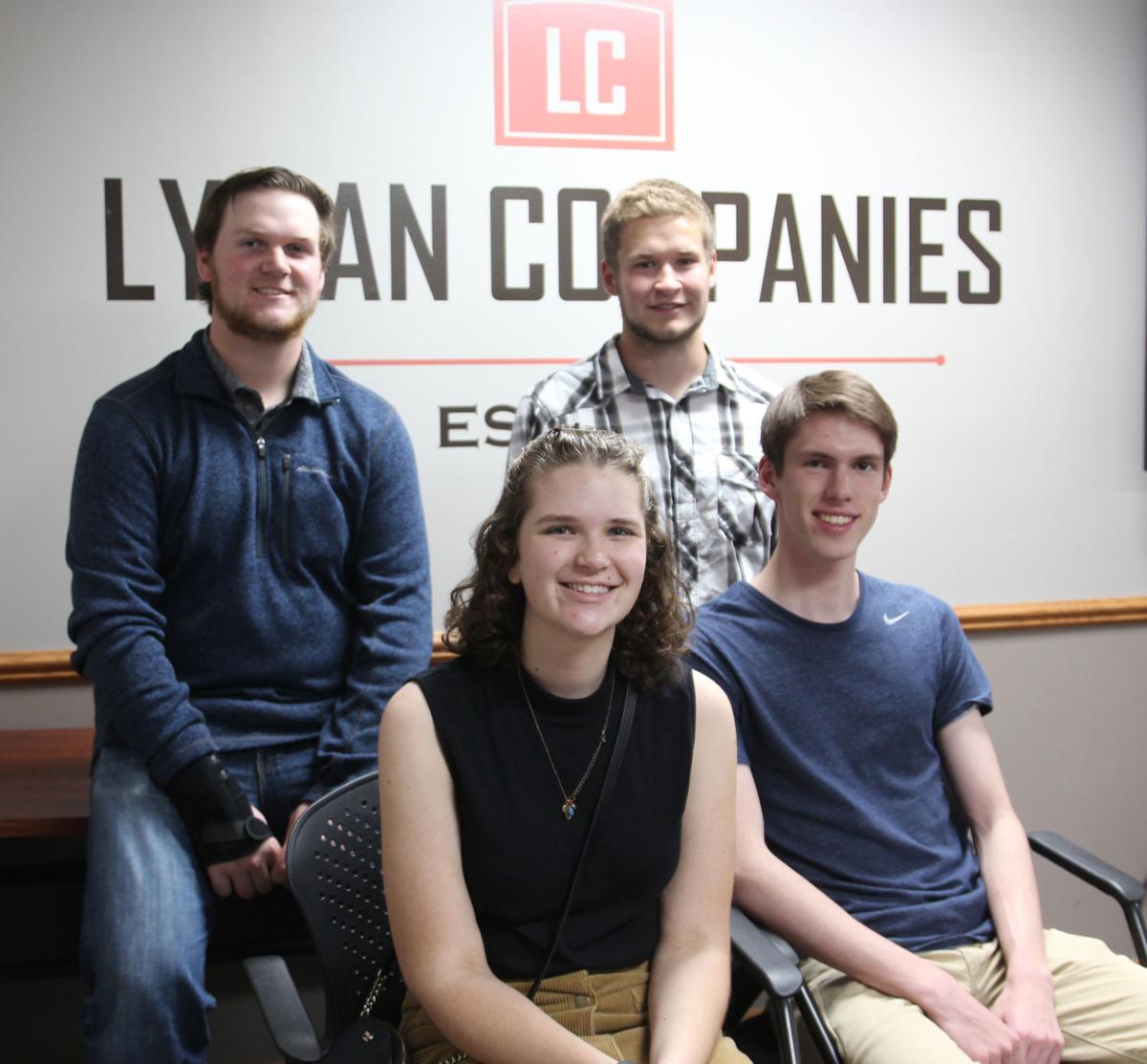 Chanhassen High School seniors toured Lyman Lumber in Chanhassen on May 30 as part of a school project called “The Renewable Business of Lumber/Forestry.” Front, from left, Emma Aspelin and Mark Nichols; back, Jerrett Schneider and Carter Walley. 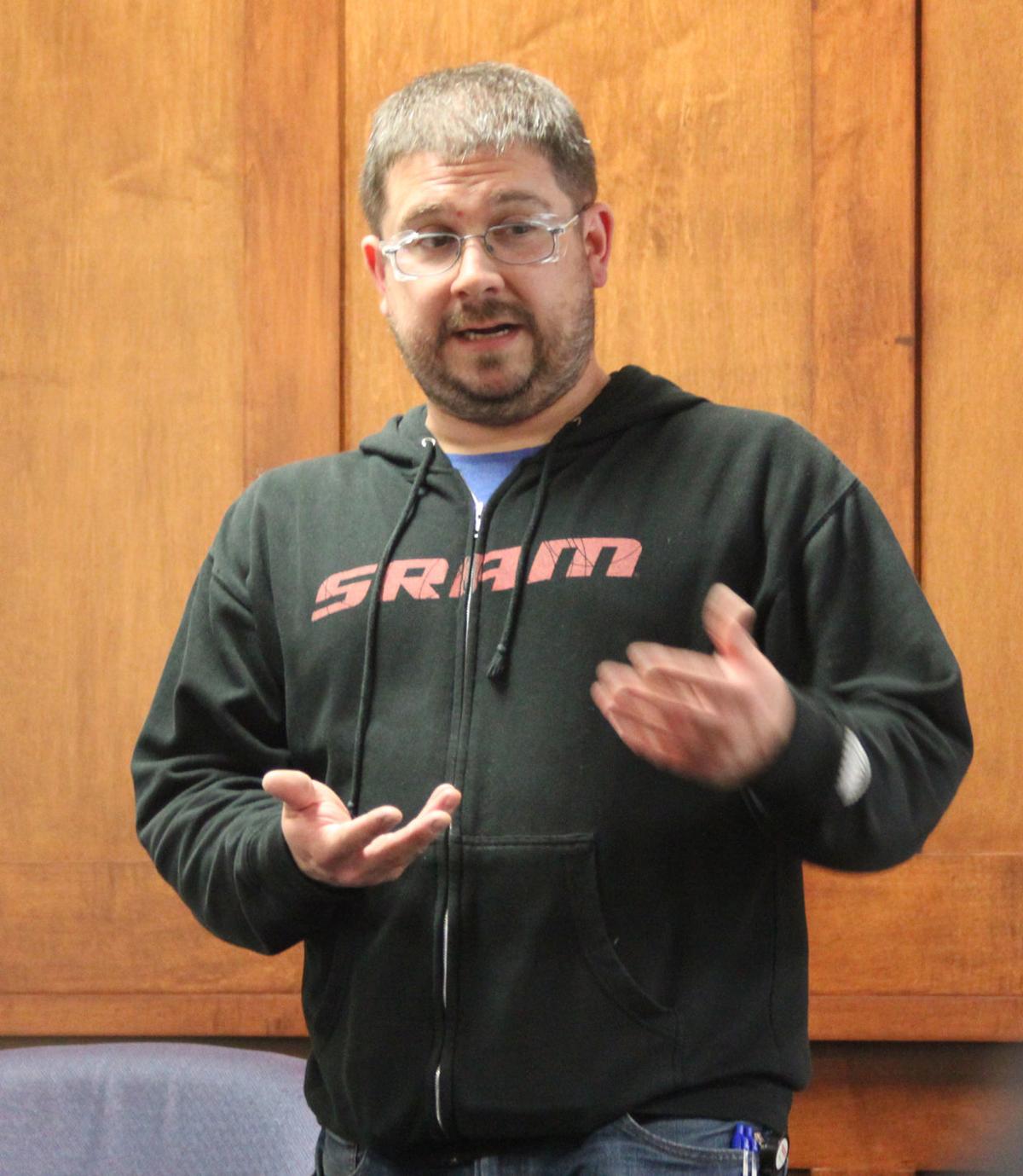 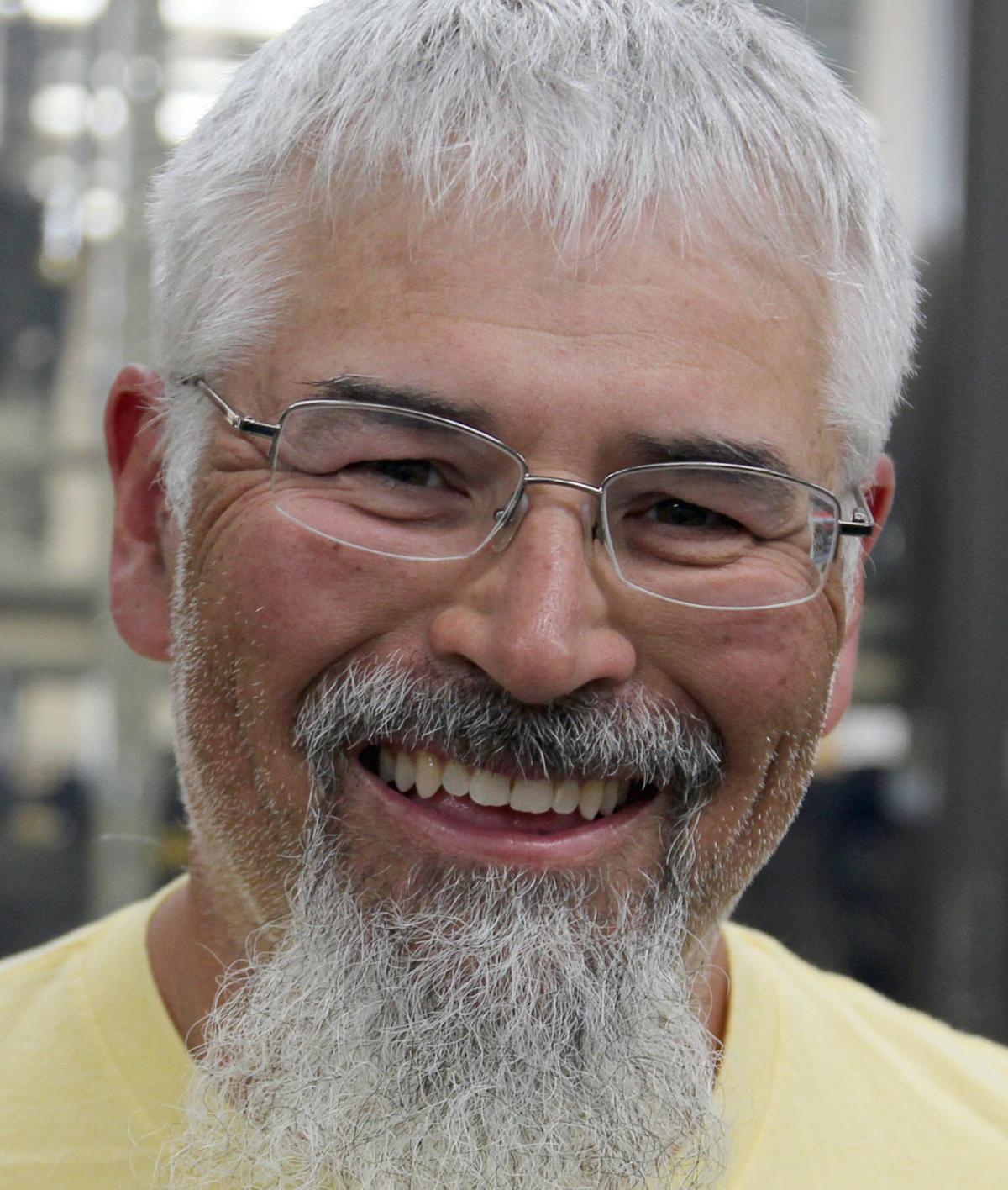 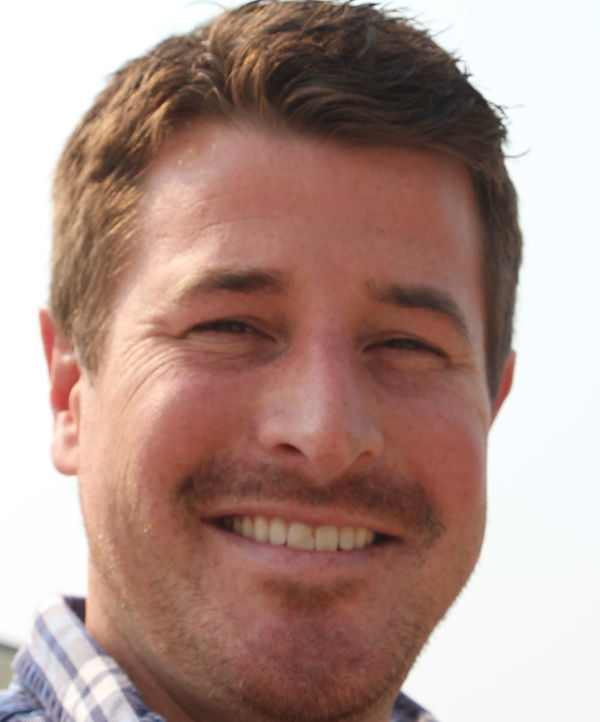 Kurt Rademacher, CEO and president of Pump & Meter Service, Hopkins, shows off the inside of a gas pump that will be installed at a Holiday Station.

Chanhassen High School seniors toured Lyman Lumber in Chanhassen on May 30 as part of a school project called “The Renewable Business of Lumber/Forestry.” Front, from left, Emma Aspelin and Mark Nichols; back, Jerrett Schneider and Carter Walley.

Kurt Rademacher wants high school students to know that not everyone has to get a four-year college degree to find a good job with good pay.

Rademacher, a 2006 Chaska High School graduate, is the CEO and president of Pump & Meter Company, headquartered in Hopkins, with additional locations in Duluth and Chippewa Falls, Wisconsin.

Every other semester, Rademacher visits area schools on career days to talk about his business and others in the trades, to let students know there’s plenty of employment and opportunities for those who don’t want to take the college track. And, he admits, his high school presentations are also out of self-interest. He’s always looking for good employees.

Ever wonder who installs those fuel pumps at your local Kwik Trip, Holiday or Speedway? Who makes sure the electronic components keep humming along; that the gas is being dispensed accurately at the correct grade and price per gallon? Who makes sure that the pumps are safely and securely connected to the underground gas tanks?

Pump & Meter Service is one of those companies. It provides, installs and maintains petroleum equipment for commercial, industrial and retail customers across the Twin Cities, northern Minnesota and western Wisconsin.

“Everything you see at Kwik Trip we supply,” Rademacher said. “The dispenser/gas pumps, the installation, the excavating of the concrete, the tank monitor, all the proponents.” They also install and service hydraulic hoists. Lenzen in Chaska is one of his customers. “We’ve put in all their lifts and lubrication equipment.”

Rademacher realizes, with a wry grin, that as he speaks, he is a contradiction. He went to Purdue University and earned a four-year-business management degree. But Pump & Meter was a family business founded by his grandfather in the 1930s, then run by his father Joe. The intention was for Kurt to eventually take over the business. In business school, Rademacher tailored his coursework to what he’d need to run the family business.

“It’s sort of a given that everyone should go to college and society puts these expectations on kids. Not everyone needs a four-year degree,” Rademacher said. “Don’t get me wrong. I loved college. But I never considered trade school. I wish I had. It would have helped me understand the business. I’m still learning from my own guys; they’re nine years ahead of me in experience pipe fitting and all that.”

“They (Dunwoody) want folks like me to help get the word out about great job opportunities to students who are ‘born to do’ (it’s their tag line),” Mattran said. “The shortage of skilled tradespeople is already critical in any number of labor markets. And yes, we do work on letting students and families know about opportunities in community and technical colleges, and not just as a transfer path to a four-year degree.”

Lacy also brings in classroom speakers like Rademacher from area businesses to talk to current students about opportunities in companies the graduates now run, and that they need skilled workers.

But Mattran is also aware that in a community like Chanhassen, where many parents themselves have four-year degrees, having children enter skilled trades can be perceived as being less prestigious.

“I’ll forward an email from Hennepin Tech about an upcoming Manufacturing Day Open House,” Mattran said, “and maybe get a handful of responses. It’s unfortunate, as so many of the programs and tech schools offer scholarships and job offers upon graduation, which speaks to the labor shortage.”

During a tour last week at Curtiss-Wright Sensor & Controls, Chanhassen, the presenters told the students from Chanhassen High School that there are many opportunities to advance within the company. And like many other manufacturing companies, the company is willing to pay for their employees advanced training at tech schools and specialized training programs.

Bob Generous is the Chanhassen assistant city planner, and he works with a number of tradespeople on residential and commercial developments and projects.

“What I hear from builders is the lack of tradespeople,” Generous said. “I hear it all the time. That’s why we don’t have as many houses being built as there could be. And it leads to higher construction costs.”

And retirement is a factor.

“A lot of them are baby boomers and they’re retiring,” Generous said. “Kids nowadays are pushed to get a four-year degree ... They could make the same amount of money if they went into the trades. And they wouldn’t be in debt. We need to do a better job of directing people.

“If you’re interested in working with your hands, you don’t need a four-year degree for that. There shouldn’t be a stigma about the construction business. There’s a lot of internships being offered. I was on the SouthWest Metro Chamber of Commerce scholarship committee and we were trying hard to get students to apply for money to learn trades work. Kids’ interests should be encouraged. Not everyone has to go to a four-year college.”

Lacy has taught at District 112 for 22 years. Before taking a full-time job with the district, Lacy had to consider what he might be giving up as a building project supervisor and carpenter. “I used to build out Subway restaurants,” Lacy said. “I had to ask myself, ‘Do I want to stay and work with kids, or keep working in the trades?’”

Lacy started teaching at age 27 and the first two to three years were financially tough, he recalled. “Then I got my master’s and moved up the pay schedule. But, even up to two to three years ago, the guy I worked with kept asking, ‘When you gonna quit teaching and come back to work?’ The offer was always there and the wages, comparable or better.”

Lacy talks to former students who report making $100,000 (in the trades) before the age of 30, more than kids they’ve known in four-year colleges.

“According to the Bureau of Labor and Statistics — their data goes back 60-70 years — 60 years ago, people with four-year degrees made a lot more money. That held true until last 10-15 years.

“If everyone has a four-year degree, employers don’t have to compensate someone for a four-year degree anymore. We have more people with bachelor degrees than there are jobs requiring bachelor degrees and people are underemployed or employed outside of the major they studied. I ask people, ‘Did you need that degree to be doing what you’re doing?’”

Lacy has quit asking students, “What are you going to do after high school?” Instead, he asks, “‘What problem do you think you want to help solve when you finish your education?’”

“Let’s say, it’s hunger. Narrow it down. How do you want to be involved? Do you want to be a farmer growing food? An agronomist who develops different plants for food? The captain of a shipping vessel that moves grain from one side of the world to the other? Or be a cook or chef? Any one of those occupations deals with hunger, but each one has a different admission ticket. What is the problem you want to solve? What is the ticket to get there?”