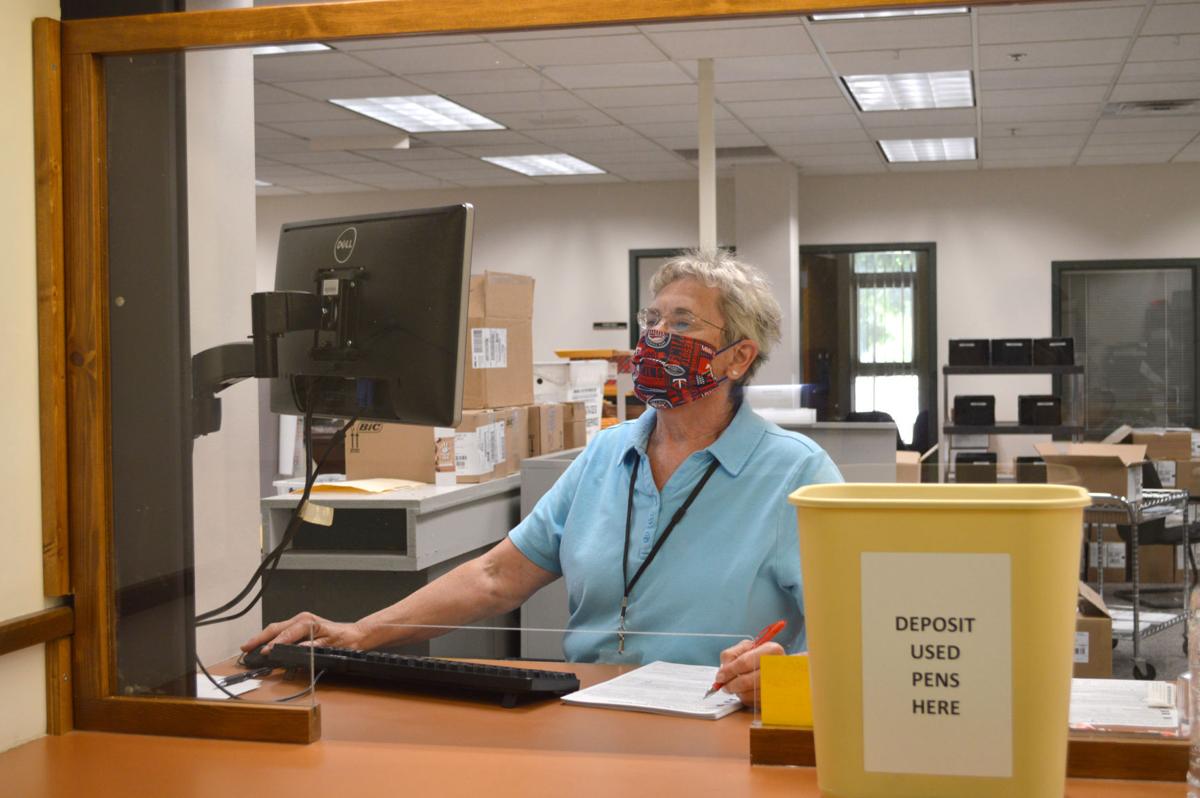 Pam Raser, who has been working elections since 2006, processes an absentee ballot at Carver County Government Center. 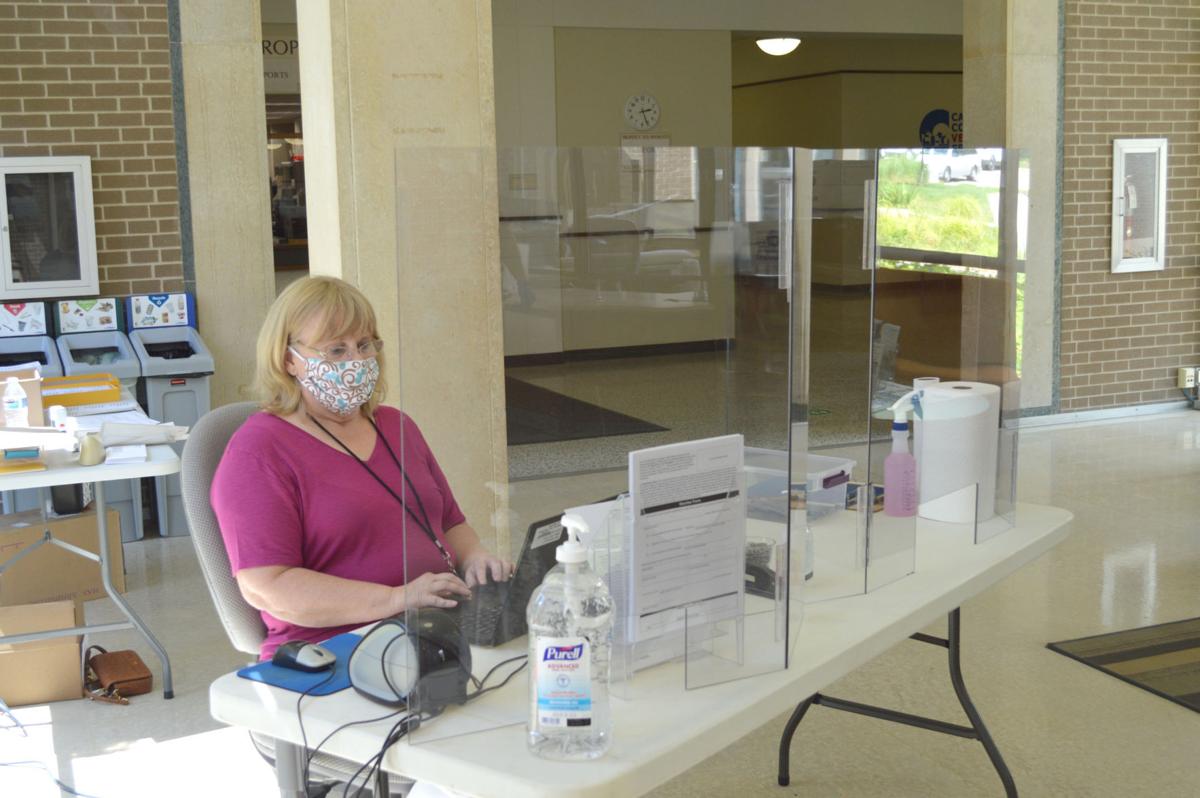 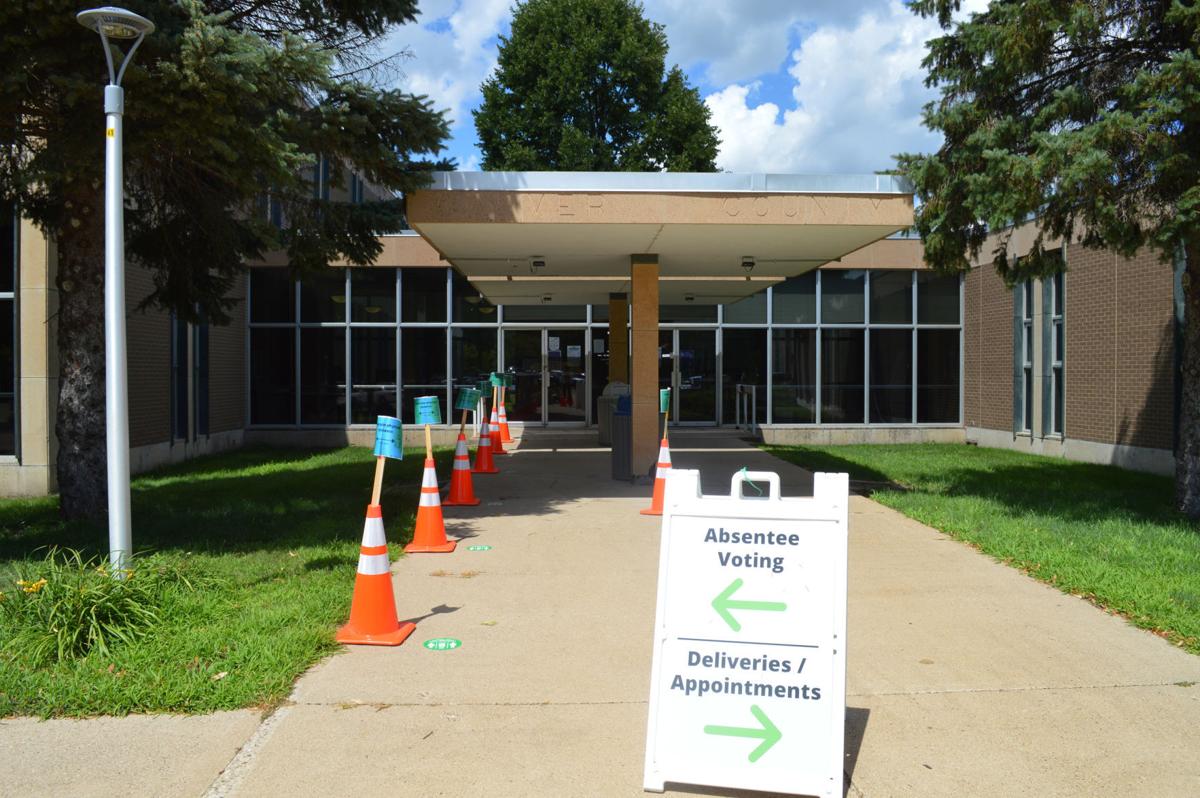 The front of the Carver County Government Center, where officials have set up a socially-distanced line for voting.

Pam Raser, who has been working elections since 2006, processes an absentee ballot at Carver County Government Center.

The front of the Carver County Government Center, where officials have set up a socially-distanced line for voting.

What does it take to run a polling station?

Greeter judges ensure voters are at the right precinct and answer questions before they enter the polls. Election judges work the registration and ballot tables. The tabulator judge verifies that the votes going into the machine are accurate. And the head judge oversees the entire operation, resolving any issues that arise.

However, as COVID-19 cases continue to rise, Chanhassen and Chaska election officials are struggling to find and retain judges for the upcoming primary and beyond.

Normally, Chaska Senior Clerk Denise Beebe has a large database of judges who are ready to work the next election. Now, just three weeks before the Aug. 11 primary, she’s struggling to fill over 25 positions.

“We sent out the letters to past judges to ask if they’re interested again, but with COVID-19, we had over a dozen who typically work saying ‘I fall into the high-risk category and I just can’t do it,’” she said.

While cities are taking precautions, many who normally work polling locations are staying home this year because of their age or immunocompromised status, said Chanhassen Deputy Clerk Kim Meuwissen.

Each of Chaska’s four polling locations staff 10 to 12 people, depending the length of a judge’s shift. If everyone took half-day shifts, a precinct would ideally have 24 people, Beebe said.

This year, Beebe hopes to have an extra two judges per location to assist in properly cleaning the precincts due to COVID-19 precautions — bringing the maximum number of election judges to 104. Right now, she only has 76.

While Chanhassen, which has seven precincts, initially faced the same shortages, advertising on social media has helped fill the roster, Meuwissen said. The city is only short a few judges for the primary, but as the November election looms, they need to find around 20 more.

By law, a precinct hosting a primary election only needs three election judges, though each would work multiple positions. But there’s a reason polling places want more — it makes the process more organized and move faster.

“You could do it, but the impact is going to be a longer wait, less efficient and not as smooth,” said Kendra Olson, interim manager of Carver County Elections & Licensing Department.

Over the 46 days open for absentee voting in the 2018 primary election, Carver County received 1,236 absentee ballots.

Three weeks into this year’s primary election, they’ve already mailed over 5,500 and received 1,500 back — with another three weeks to go.

“It’s unbelievable. We’re seeing numbers comparable to the higher turnout of a general election and we’re not even done,” Olson said.

While it’s becoming increasingly easier for absentee voters to cast their vote — for example, a witness is no longer required after a recent Minnesota lawsuit citing health concerns — the process is extensive for those counting ballots, even before election day.

Before mailing the ballot, staff must stuff the envelope with eight different sheets of paper. When the ballots come back, they have to check and ensure the voter used the same ID they registered with, otherwise staff must reject it, notify the voter and mail a new one. After two judges from different parties ensure everything is valid, they seal it, put it in a locked box and wait until they can start counting.

The county has four full-time staff members and is currently using temps, many of whom are retired employees from various county divisions, to help manage the workload. But they’re still working nights and weekends, Olson said, and it’ll only get busier.

Olson said she expects the surge in absentee voting to continue — now that people have experienced the ease of voting from home, they might be more likely to do it again for the general election.

“It shifts a lot of the burden from the polling place on Election Day to us right now, but it really is the best and safest option in the circumstances that we’re in,” she said.

Normally, the first floor of the Carver County Government Center is crammed with voting booths, utilizing as much space as possible. But due to social distancing guidelines and building limits, only six voters are able to fill out their ballot at the same time, and only 12 can be in the center itself.

Every interaction with an employee or election judge is currently behind a sheet of plexiglass. Hallways are one-way only, stations will be sanitized between voters and even the pens will be discarded after use.

While masks are not currently required by the state of Minnesota or by Carver County, election coordinators will be encouraging voters to wear masks and providing some at the door for the primaries. Greeter judges will have protective face shields if desired.

Kevin Wright, communications manager for the city of Chaska, had his first stint as an election judge at the presidential primary in March. Back then, maybe they used a little extra hand sanitizer — but four months later, he expects this primary to look very different.

COVID-19 was a thought in his mind when signing up, but being a judge is worth the risk to make voting an organized, easy and enjoyable experience for everyone, he said.

“It’s something you always have to consider, but to me, the sense of responsibility and civic service to help the community is worth it,” Wright said. “I want to make sure the election runs smoothly while keeping everyone safe.”