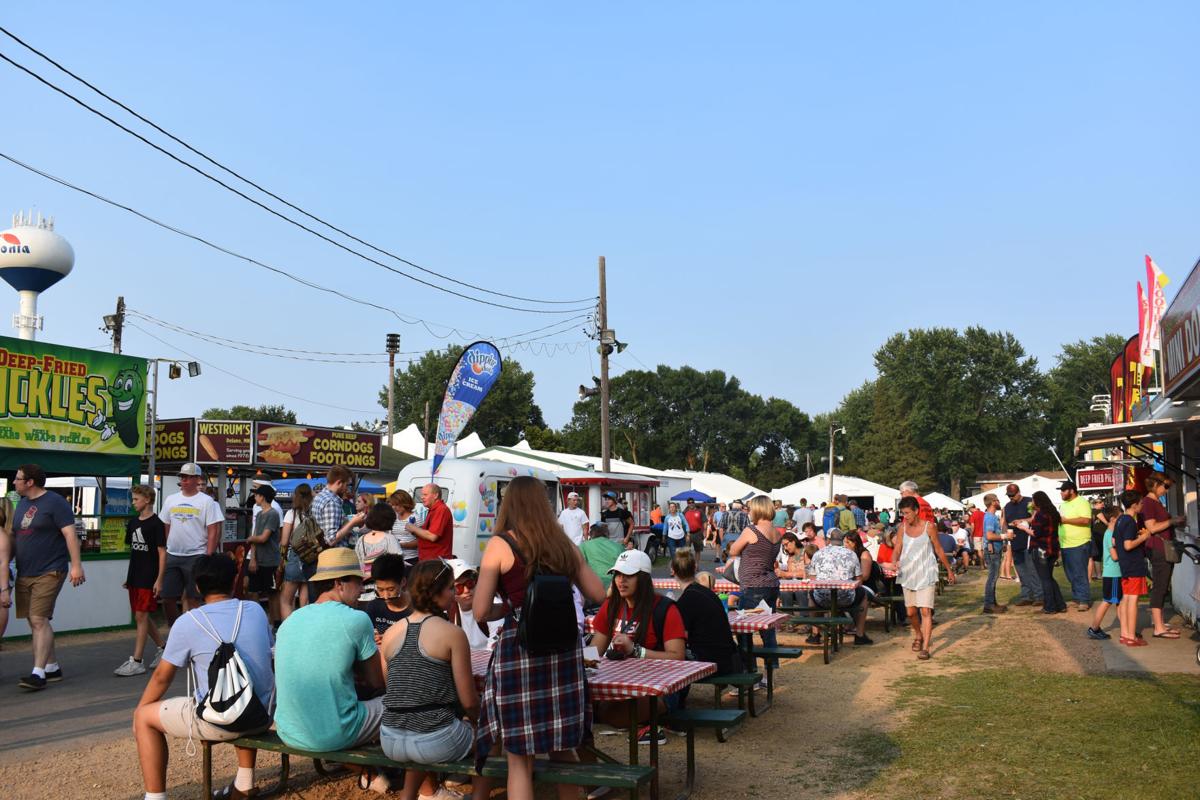 The Carver County fairgrounds were packed on an evening in 2018. An array of food, from popcorn and pickles to pork burgers and corn dogs, were available to purchase. 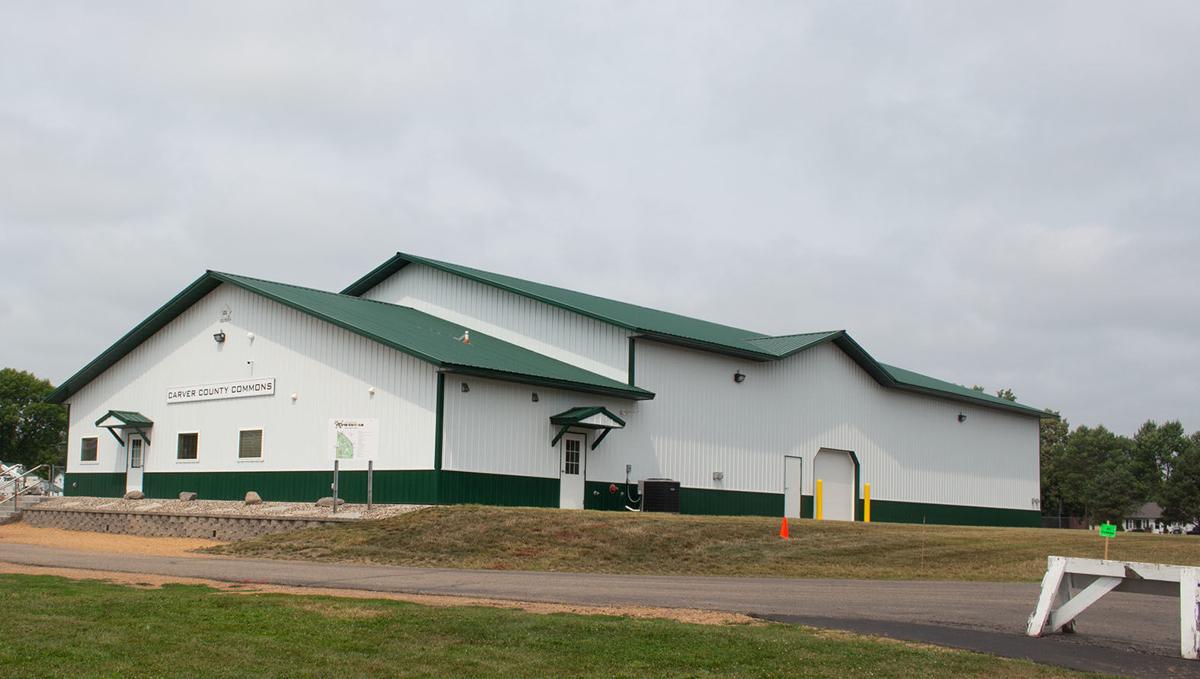 The Carver County Commons, built in 2019, will house the chamber, sheriff’s office and some exciting new and old commercial vendors. 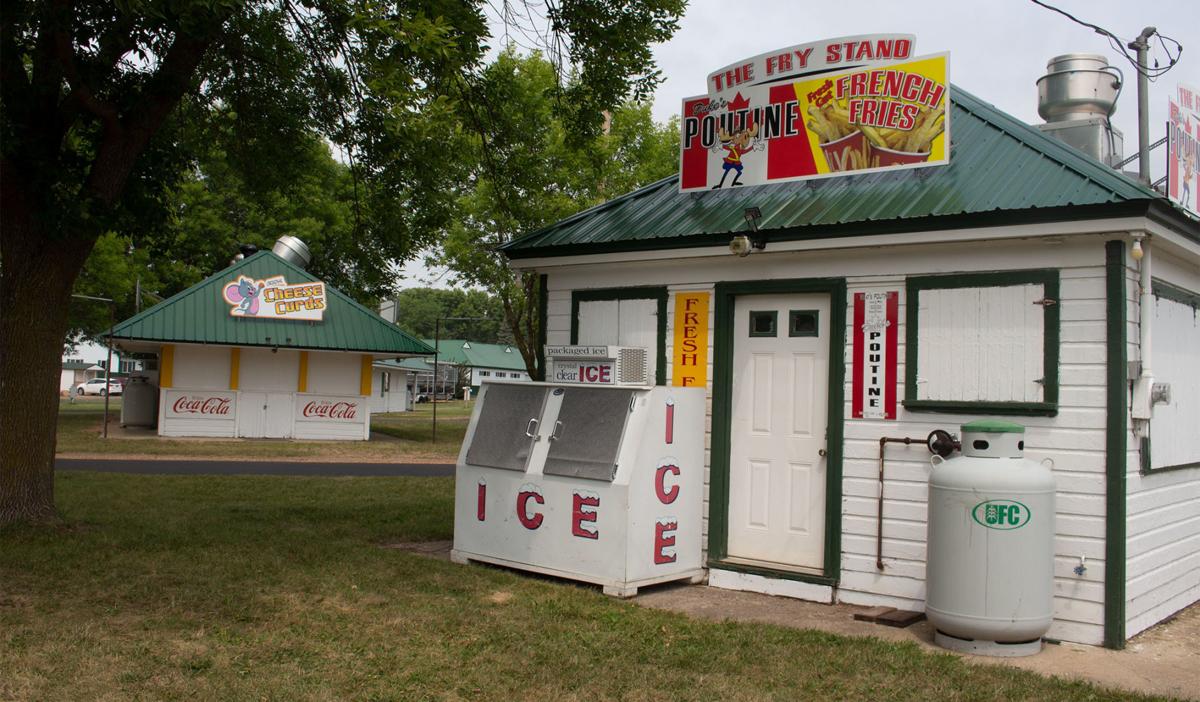 The Carver County Fair will kick off Wednesday, Aug. 11. A week before the fair, when this photo was taken, the fairgrounds were still being prepared and tents were not yet set up.

The Carver County fairgrounds were packed on an evening in 2018. An array of food, from popcorn and pickles to pork burgers and corn dogs, were available to purchase.

The Carver County Commons, built in 2019, will house the chamber, sheriff’s office and some exciting new and old commercial vendors.

The Carver County Fair will kick off Wednesday, Aug. 11. A week before the fair, when this photo was taken, the fairgrounds were still being prepared and tents were not yet set up.

The smell of corn dogs and funnel cakes; the sound of excited shouts from the rides; and barns full of furry animals — from llamas to rabbits.

These are just some of the delights that make up a day at the Carver County Fair, where visitors can find new and old attractions alike.

The fair, in Waconia, began Wednesday and runs through Sunday.

The Kent Family Magic Circus will perform for the first time at the Carver County Fair. The family’s act is a mixture of circus, theater, vaudeville and side show. Every day of the fair, the family will perform three shows that feature magic, trapeze and aerial silk.

Another new entertainment option is country music artist Jason Pritchett, who performs the evening of Saturday, Aug. 14 in the Entertainment Center. Pritchett was a top five finalist on America’s Got Talent.

According to Diane Polvin, the fair’s operations coordinator, “He’s a little bit more famous than our other bands are. I think it'll be an exciting addition to our entertainment lineup.”

The county fair will introduce new food vendors that are sure to make anyone hungry.

D&D Goodies offers Vietnamese food, such as egg rolls dumplings and wontons. The Depot Bar & Grill will have walleye fingers, walleye and lobster tacos and wild rice soup on a stick.

Husom’s will be selling mashed potatoes with flavored butters and various toppings.

According to Polvin, the Carver County Fair Board has always focused on continuously updating buildings and ensuring that everything on the fairgrounds looks nice.

The Carver County Commons will be unveiled at this year’s fair. In 2019, the commons was built to replace the small and old chamber and sheriff’s office buildings. The commons is finished with sheetrock, but isn’t air-conditioned or heated, Polvin said.

“It’s really the sheriff’s command center,” Polvin said. “It’s a great building. We’re putting the Carver County departments in it, and then we’ve also got some commercial vendors in there this year.”

While the fair always had a tent for breastfeeding, this year, mothers can expect an air-conditioned building to breastfeed, pump or change their child’s diaper in. The tent wasn’t very attractive to moms because it was hot and dark, so the fair has added a lactation station in partnership with the Carver County Public Health Department, Polvin said.

The Public Health Department had funding through the Statewide Health Improvement Partnership and the lactation station met the requirements. The department knows the benefits of breastfeeding for both moms and babies, said Public Health Program Specialist Jean Pierson, and wanted to make it easier for moms to continue to breastfeed and support them, she added

“This is a building that they can continue to use for many years to come,” Pierson said.

While moms can breastfeed anywhere on the fairgrounds, some moms and even babies prefer to go to a quieter environment. Having this space is a nice asset for those individuals, Pierson said.

On the evening of Wednesday, Aug. 11, there will be a health and safety awareness event. Everyone is more conscious of health and safety concerns since COVID-19 and Polvin thought it would be an important thing to highlight.

The event will include the Waconia Fire Department and a demonstration every half hour by the Carver County Fire Explorers, the Carver County Sheriff’s Office including the canine unit, Ridgeview Ambulance, the “Seatbelt Convincer” driving simulator, the local 49’ers heavy equipment driving simulator and a Minnesota State Patrol roll-over demonstration.

“(The heavy equipment driving simulator) will be interesting for the kids as the look at career,” Polvin said.

In the context of COVID-19, the fair is going on as usual other than the additions of extra handwashing stations and sanitization stations.

Fairgoers can also count on their favorite activities that carry on from year to year.

The Johnny Holm Band will make its 40th appearance at the fair on the evening of Wednesday, Aug. 11.

Other mainstays to look forward to include the midway, animal barns, pig races, truck pulls, a demolition derby, bingo and the 4-H kids showing their animals.

The Carver County Fair is “the largest community event in Carver County and we love to host the community,” Polvin said. “A lot of people come because we … have everything the State Fair offers on a smaller scale.”