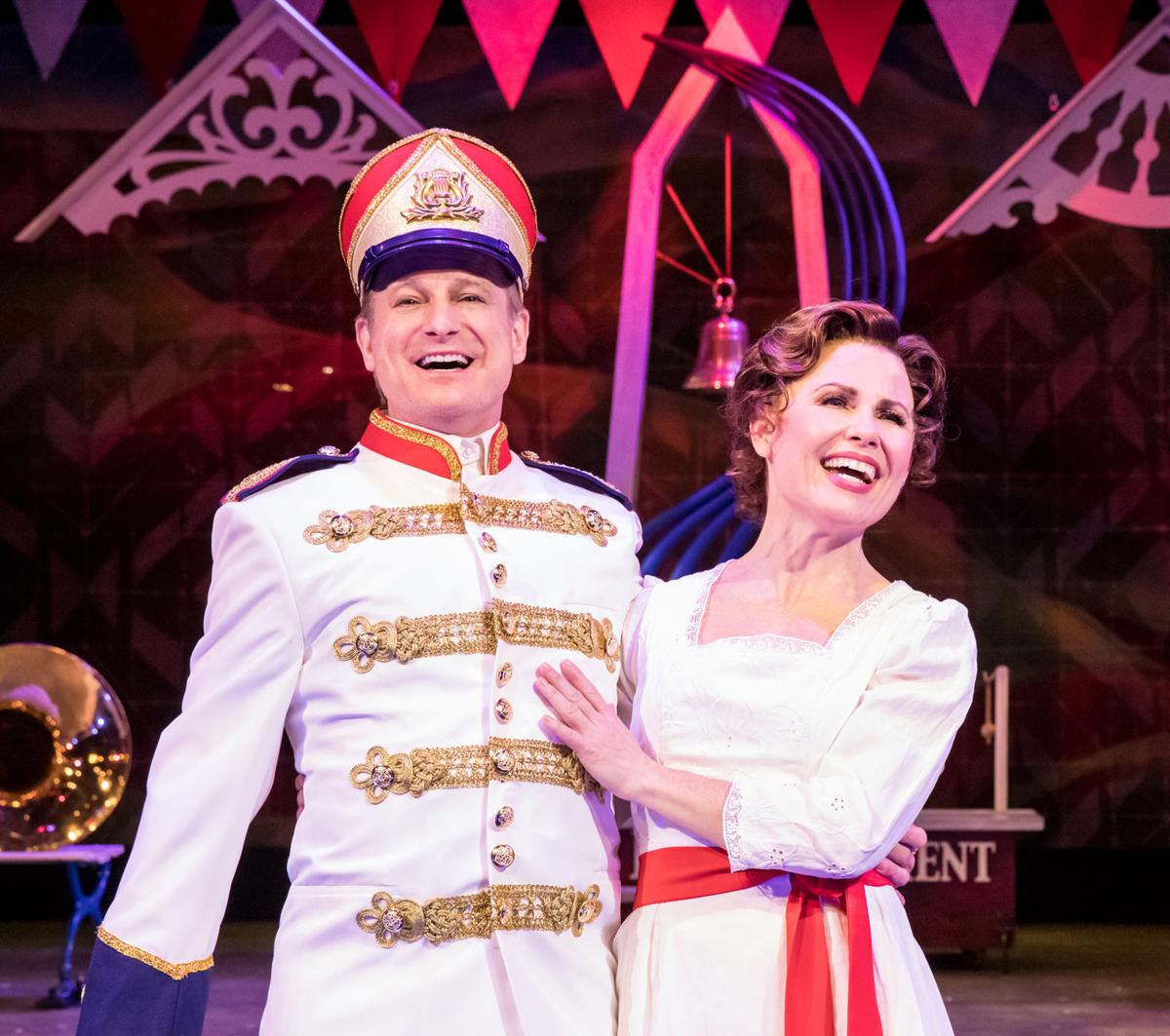 Michael Gruber and Ann Michels are the lead actors in “The Music Man.” 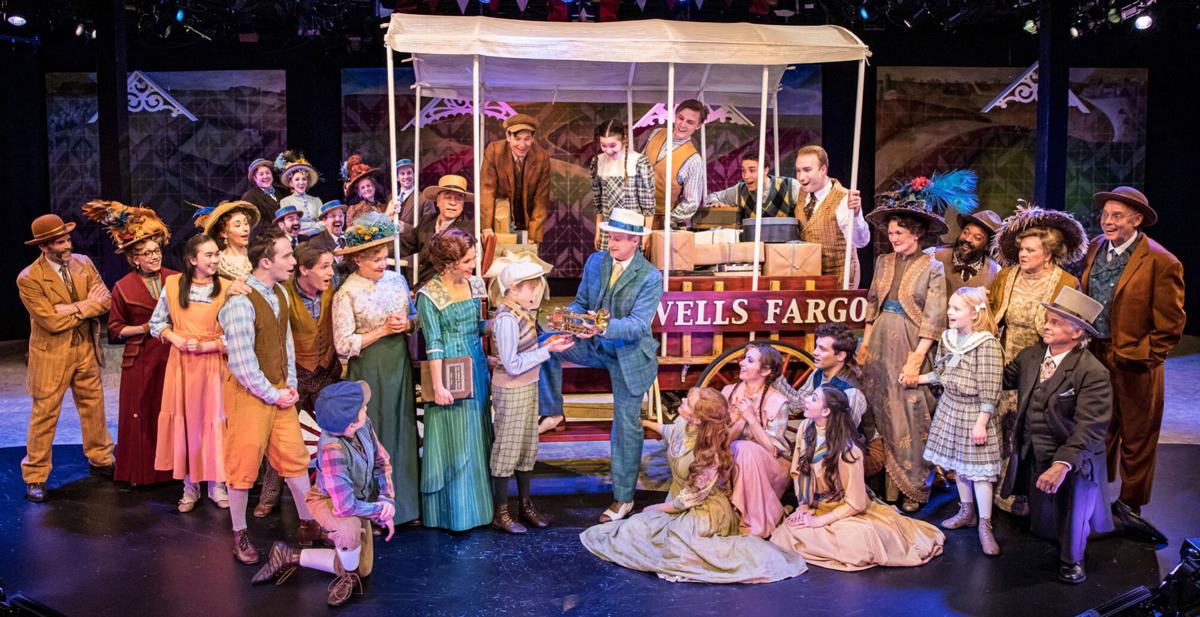 Chanhassen Dinner Theatres has begun showing its signature musicals once again. The theater is showing “The Music Man” through Dec. 31. Pictured is the cast in 2020. 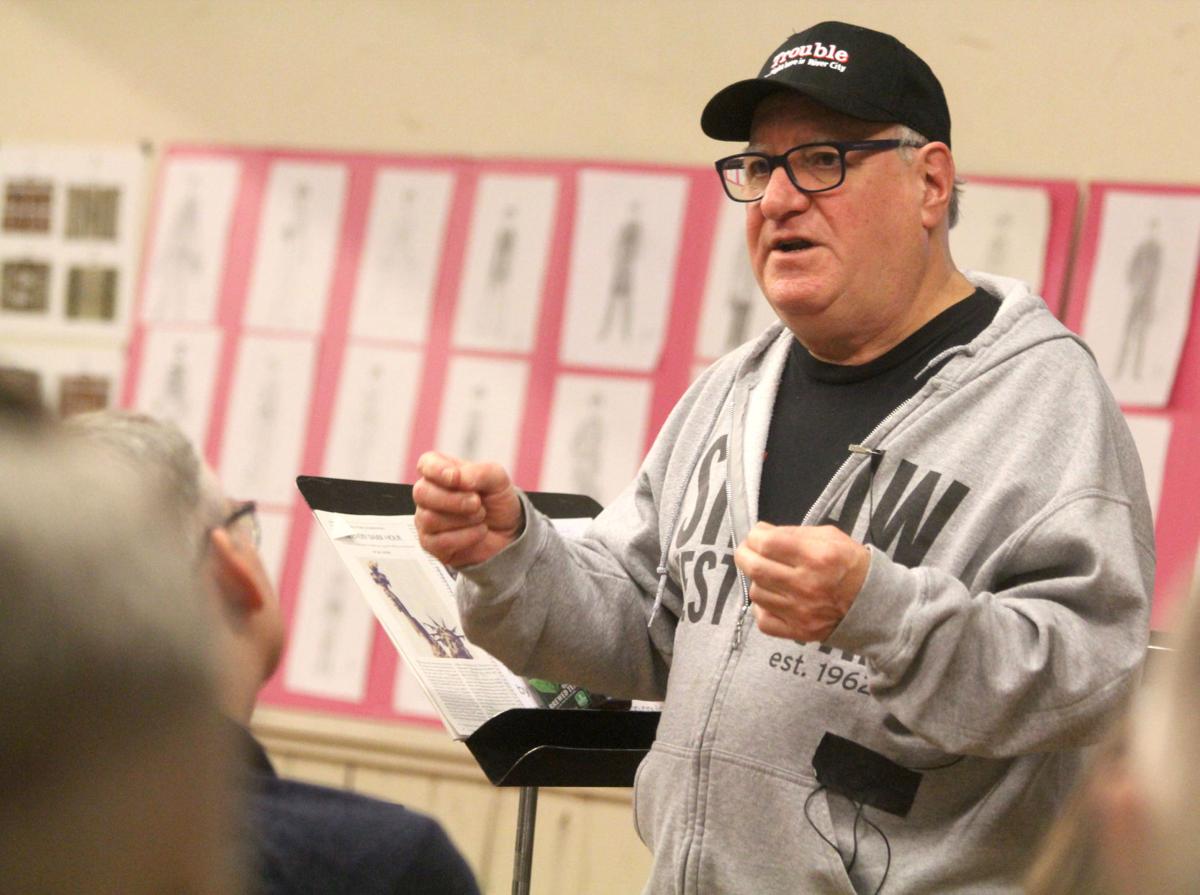 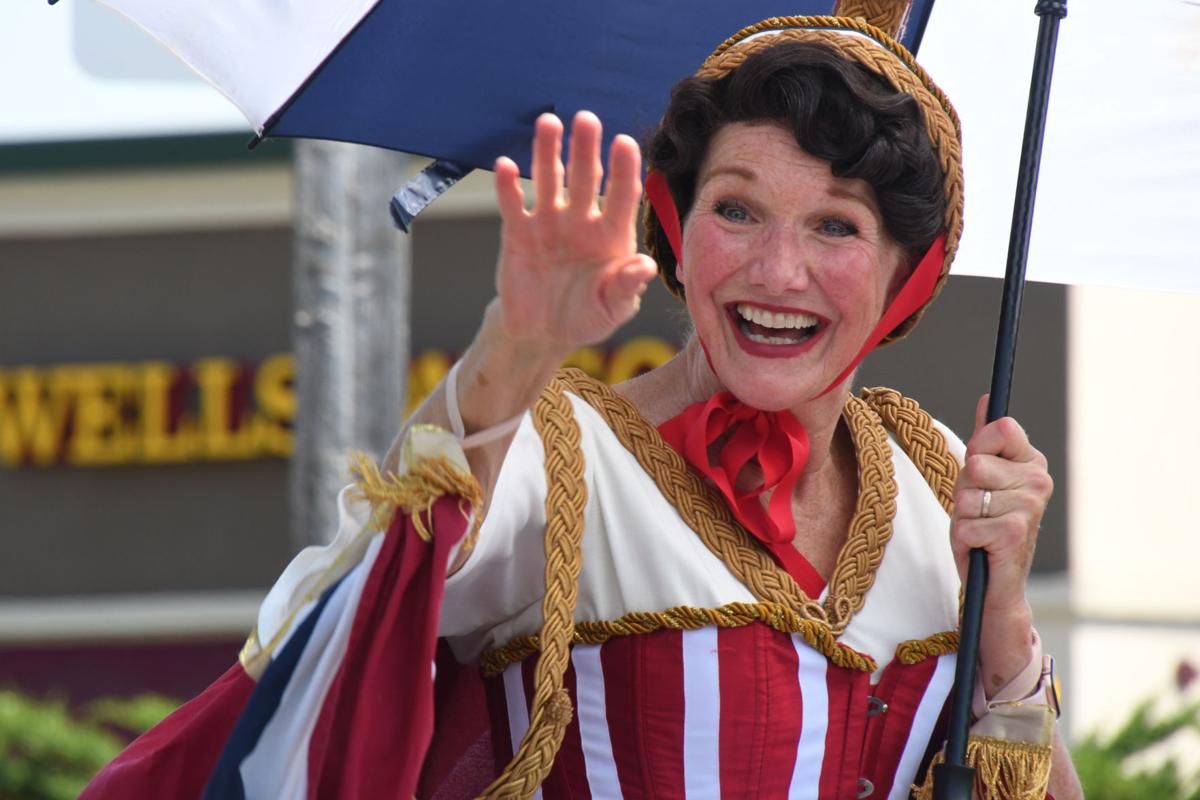 Michelle Barber, with Chanhassen Dinner Theatre’s “The Music Man,” waves to the Fourth of July parade crowd in downtown Chanhassen — the same day the musical reopened.

Michael Gruber and Ann Michels are the lead actors in “The Music Man.”

Chanhassen Dinner Theatres has begun showing its signature musicals once again. The theater is showing “The Music Man” through Dec. 31. Pictured is the cast in 2020.

Michelle Barber, with Chanhassen Dinner Theatre’s “The Music Man,” waves to the Fourth of July parade crowd in downtown Chanhassen — the same day the musical reopened.

The stage at Chanhassen Dinner Theatres, like many other venues around the world, sat empty amid the COVID-19 shut-down.

The theater still held its classic summer concert series and comedy shows, however, its musical productions were stopped.

Now, after over a year, the show has restarted.

Michael Brindisi, the theater’s artistic director, asked his friends in the theater industry when they would be reopening, and heard a range from May to October. So he decided on a time in the middle — the Fourth of July weekend.

The decision was serendipitous. “The Music Man,” the production the theater would be reopening with after its run was cut short in March 2020, takes places on the Fourth of July weekend.

According to Brindisi, the theater’s reopening has so far exceeded his expectations. He initially thought it would take a couple months to build back their audience, but people came back right away and the advanced sales look promising.

The actors left for a variety of reasons, including career changes, family matters and some of the younger people going off to college, according to Kris Howland, CDT public relations director.

Along with turnover comes new talent. It’s exciting to have a some “fresh blood” come in, Howland said, adding the new actors are talented and hungry to learn. Chanhassen Dinner Theatres is a major stage, and performing on it is an enviable job because the shows run for a long time.

Howland recounted something her coworker saw in the parking lot of the theater on the first day of rehearsals. One of the new actors got out of his car, set down his bag and looked at the front of the theater. The look on his face showed that he’d always dreamed of doing this and he was soaking it all in, she said.

The effects of the pandemic have taught people many things, one of which is how much we took for granted, Brindisi said. Even actors who have been with the theater in the past are coming back with fresh energy. The current production of the “The Music Man” is new compared to the version that opened last year, he said, adding the freshness has made it a better production than before.

“Everyone’s just ecstatic about being back to work,” Brindisi said. “When you have a pause, like the one that we had, it gives you some time to think about a lot of things in your life and a lot of things that you had taken for granted that you want ... to not do that again.”

Michael Gruber, the actor playing Harold Hill, one of the leads in “The Music Man,” can speak to a newfound appreciation for his job. He is grateful to have a place to go to create something that entertains and uplifts people.

“I think the revelation is how special it is, I guess and how I need to really honor that and embrace that,” Gruber said. “It’s a little overwhelming ... to come back to something that is so fulfilling.

While Gruber was furloughed, he continued to give voice lessons via virtual platforms and teach choreography at Eastview High School. However, it didn’t have the same scope or power of being involved in a musical with other people on stage. It was a mentally and emotionally challenging time, he said.

“Most of the time actors are survivors. We’re used to having to make things work because our work is not as consistent as some other industries,” Gruber said.

Throughout the shutdown, Gruber missed the connection to the company the most. One moment that stood out to him was during rehearsals, when a majority of the cast started to sing the first big ensemble number of the show. When everyone’s voices came together it made an incredible sound and energy, he said.

“I just welled up, and I thought, wow, this is what it’s all about, it’s about community, it’s about coming together, Gruber said. “The whole being larger than the individual parts because you can’t do that in isolation.”

According to Gruber, live theater, concert performances and sporting events are all important because they bring people together, especially after everyone was isolated for so long. It uplifts us up and heals us in a way, he said.

IN WITH THE NEW

The theater, like many other businesses, has been experiencing a kitchen staff shortage. The staff members they do have are hustling during the limited time span before the production starts, Howland said, adding that customers have been very understanding. The theater has been hiring kitchen staff and hopes to have enough employees by September.

The theater is still operating under safety guidelines that have been lifted by the state, such as requiring employees to wear masks when they come in contact with the audience. There are also extra air filtration systems in use and increased disinfecting protocols.

Actors must use a specific entrance and cannot mingle with audience members, which the actor’s union has requested.