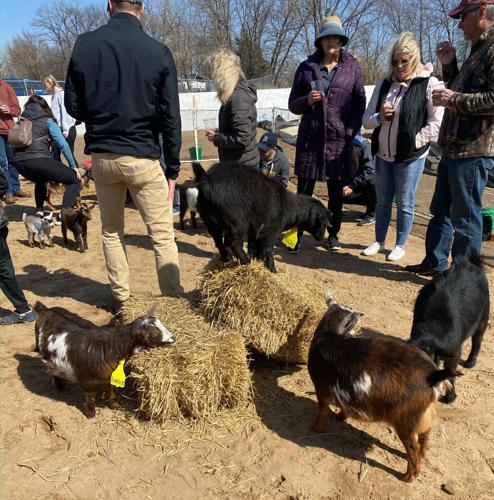 Goats from Goat Shine Farm will be at Bockfest for goat racing and for attendees to pet. Goats are the symbol for bock beer because of how Munich residents pronounced Einbeck beer. They pronounced it “Ein bock” meaning Billy goat. 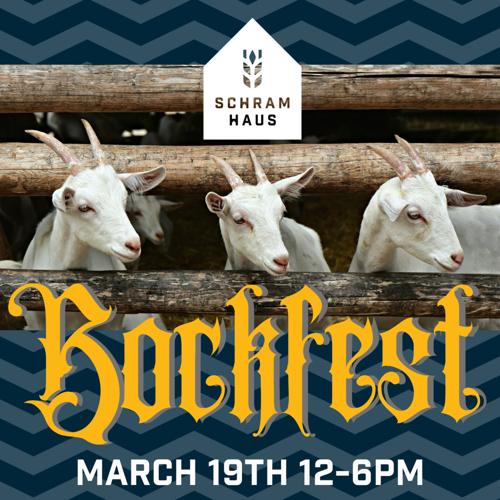 The event will include many activities, such as live American roots music from Traveled Ground, fire pits, games, a scavenger hunt, T-shirt cannon and beer poking, when a red hot poker is dipped into a dark beer, making it caramelize and take on a marshmallow-like flavor.

Do you have what it takes to be Bockfest royalty? The brewery will host a sausage princess contest. Show up to the event in your best fur and Viking helmet. Judges will vote who is the best dressed and crown a sausage princess.

The Bockfest will also be hosting some unusual guests. About 25-30 adult goats and kids from Goat Shine Farm will be at the event for goat races and for attendees to pet at a penned-in area.

The Bockfest is a traditional German ritual that dates back to the mid-19th century. The bock style of beer takes a long time to make and is typically brewed in the fall. The beer ages over the winter and is ready to be released in the spring, said Ashley Schram, who owns the brewery with her husband Aaron.

“There becomes kind of this big celebration about the release of the bock beer,” Ashley said.

Einbeck beer, as it is called in Germany, was often pronounced “Ein bock” by Munich residents in the Bavarian accent, which means Billy goat, Ashley said, adding the goat became the symbol for the bock beer.

The event will include Schram Haus Brewery’s release of its bock style beer. Bock is a lager that is fermented for several months. It was brewed in December and sat in the brewing tank since then. It’s stronger than a typical lager, Aaron said, adding it has more of a malt character and darker amber/brown hue than other dark lagers. He estimates the alcohol percentage is around 6-7%.

Schram Haus will be offering items such as sausages and Bavarian pretzels. There will also be a few food trucks.

Tickets for the event can be found at schram-haus-brewery.square.site/product/bockfest-2022/924. Tickets cost $10 and are free for children 12 years and younger.

The brewery hosted a Bockfest at the same time last year, when it was just getting back in the swing of hosting events again, Ashley said. The first Bockfest it planned to host in 2020 was canceled due to COVID-19 shutdowns.

“We’re excited to kind of just make it a bigger … splash this year,” Ashley said.