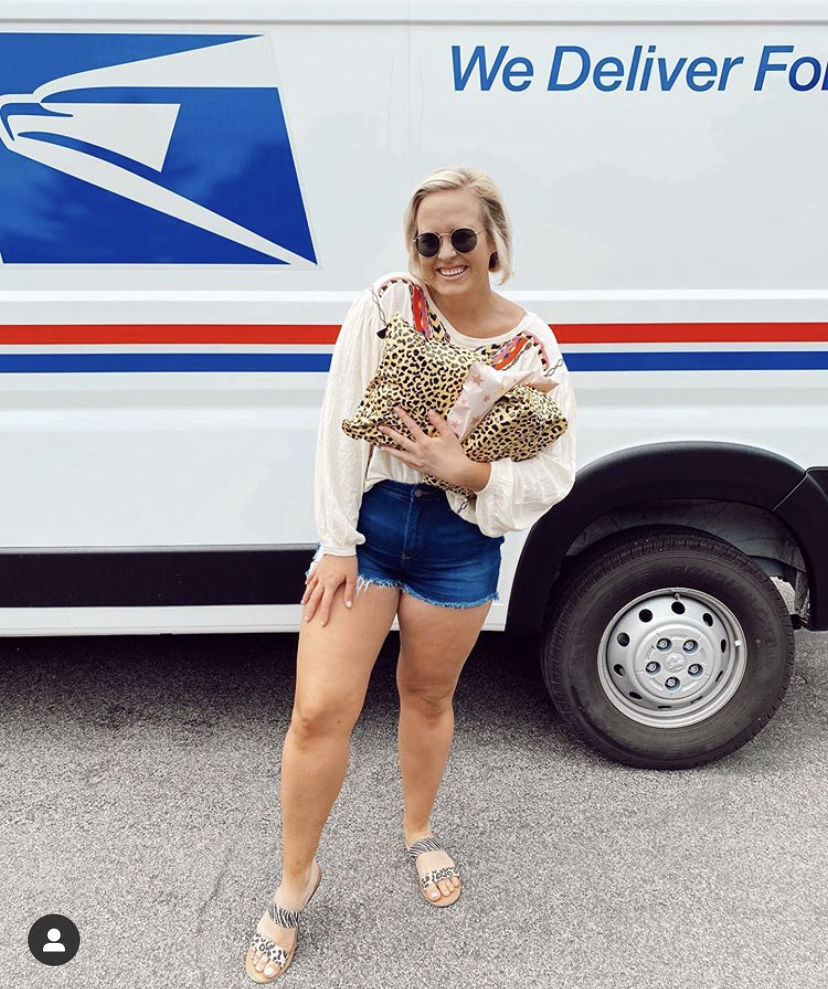 Haley Gibbs holds her Poshmark bundles before dropping them off at the post office. 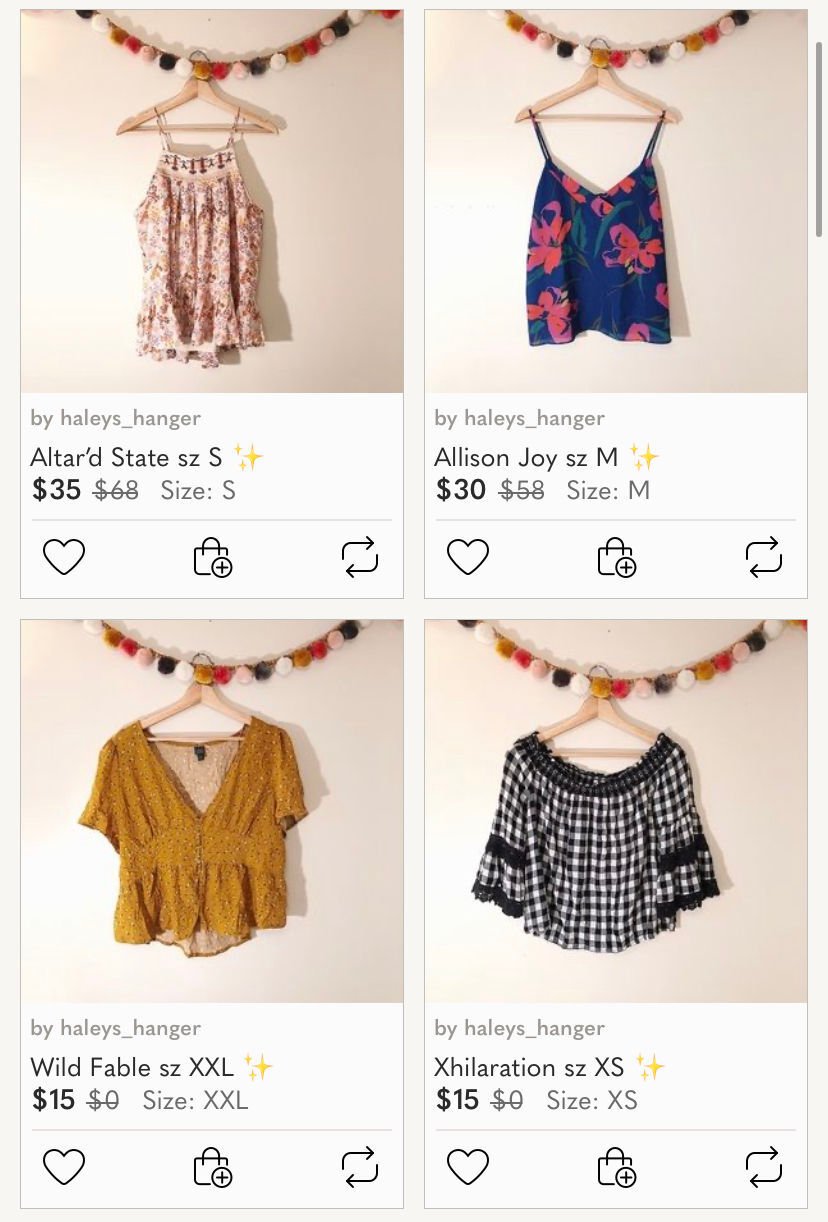 Some of Haley Gibbs’ items on her Poshmark closet.

Haley Gibbs holds her Poshmark bundles before dropping them off at the post office.

Some of Haley Gibbs’ items on her Poshmark closet.

Haley Gibbs had just graduated from Bethel University when she decided to clean out her closet. Her new career in social work meant she needed a new set of professional clothes; what better way to fund her wardrobe than selling her old outfits?

Gibbs — better known as @haleys_hanger on Instagram and Poshmark — runs her own business reselling clothes on the app. Users can easily create their own online store, take photos of clothes and sell them at deeply discounted prices.

With over 175,000 followers on Poshmark and almost 50,000 on Instagram, she has a dedicated fanbase. Gibbs sells multiple items daily and estimates that she brings in around $1,500 a week. On average, each item is 71% off retail price.

“Everyone has that pile of stuff they were going to give to Goodwill and don’t realize how much money they have sitting in their closets,” Gibbs said. “It’s easy and really fun to be able to give these items a new home.”

Gibbs, who grew up in Victoria, had a full-time job in social work during the first two years of her business. After she realized she was making more as a Poshmark seller, she put in her notice in January 2019 and transitioned to full-time.

An average day has Gibbs going to thrift stores in the Twin Cities area and leaving with a cart full of clothes. She’ll post new items on Poshmark, share them on Instagram, package up recently sold clothes in her leopard print mailers and drop them in a post office box by the end of the day.

Her inventory, totaling over 650 items, is currently stored at her grandma’s house. When searching, she looks for clothing in good condition (or ones that could be easily cleaned) from brands like Free People, Anthropologie and Madewell and tries not to spend more than $6 a piece.

Gibbs estimated that she spends around 50 hours a week on the business. But it’s not a chore — she loves what she does, she said.

“I could do this all day, every day, but that’s not exactly healthy. It really doesn’t feel like work at all. I get to shop for clothes I like and I don’t have anyone telling me what to do? It’s great,” she said.

The closure of thrift stores due to COVID-19 meant Gibbs was suddenly left with no way to obtain inventory. That is, until she realized her friends were clearing out their closets during quarantine.

She posted on social media asking if anyone would let her take their Goodwill pile, bought them coffee and left with garbage bags of clothes — she estimates she collected over 1,000 items.

In fact, lockdowns might have actually helped her business, she said. While she initially saw a decline in sales because “everyone was wearing sweatpants those first few weeks," the closures meant anyone wanting new clothes had to buy online.

“At first I was like, ‘oh my gosh, my whole business is ruined, what am I going to do?’ But now, coronavirus is changing how people are buying clothes. And if they were going to buy online anyway, why not get that major discount?” Gibbs said.

Instagram has also become a major selling platform during COVID-19. Her “Twenty Dollar Tuesdays," a weekly event where she posts items on her Instagram stories that only cost $20 shipped, net her around $500 each time. She also avoids the 20% fee Poshmark takes off her profits.

Though the fee means she loses some money, Gibbs purposefully chose to sell on Poshmark instead of through similar apps like Mercari and Depop. Poshmark has more of a community feel, she said, and they offer more protection as a buyer and seller.

“I love when people come up to me and say they bought this shirt from me, or a special dress from me. I get to see how one piece of clothing can connect you to so many people,” she said.

Interested in starting your own Poshmark business? Gibbs has some helpful tips.

Sell what you like: Gibbs tries to only buy things she would wear herself — she’d rather pick out one or two curated items than grab a bunch of clothes just because they might sell well. If you’re excited about your pieces, you’ll be better at listing them for others to enjoy.

Get ready to search: The good stuff isn’t going to fall off the rack into your arms. Gibbs often spends all day finding new inventory. Finding worthy items takes a lot of digging and patience, so be prepared to visit multiple stores and take some time.

Just start: “It doesn’t need to be fancy,” Gibbs said. All of her photos are taken on her iPhone, and the only decoration is a small pom pom garland. You don’t need to focus on making big sales right away — even $5 per shirt can add up fast.

“When you get the hang of it and realize the value of your clothes, that little bit of hard work really pays off,” she added. “It becomes so much fun."