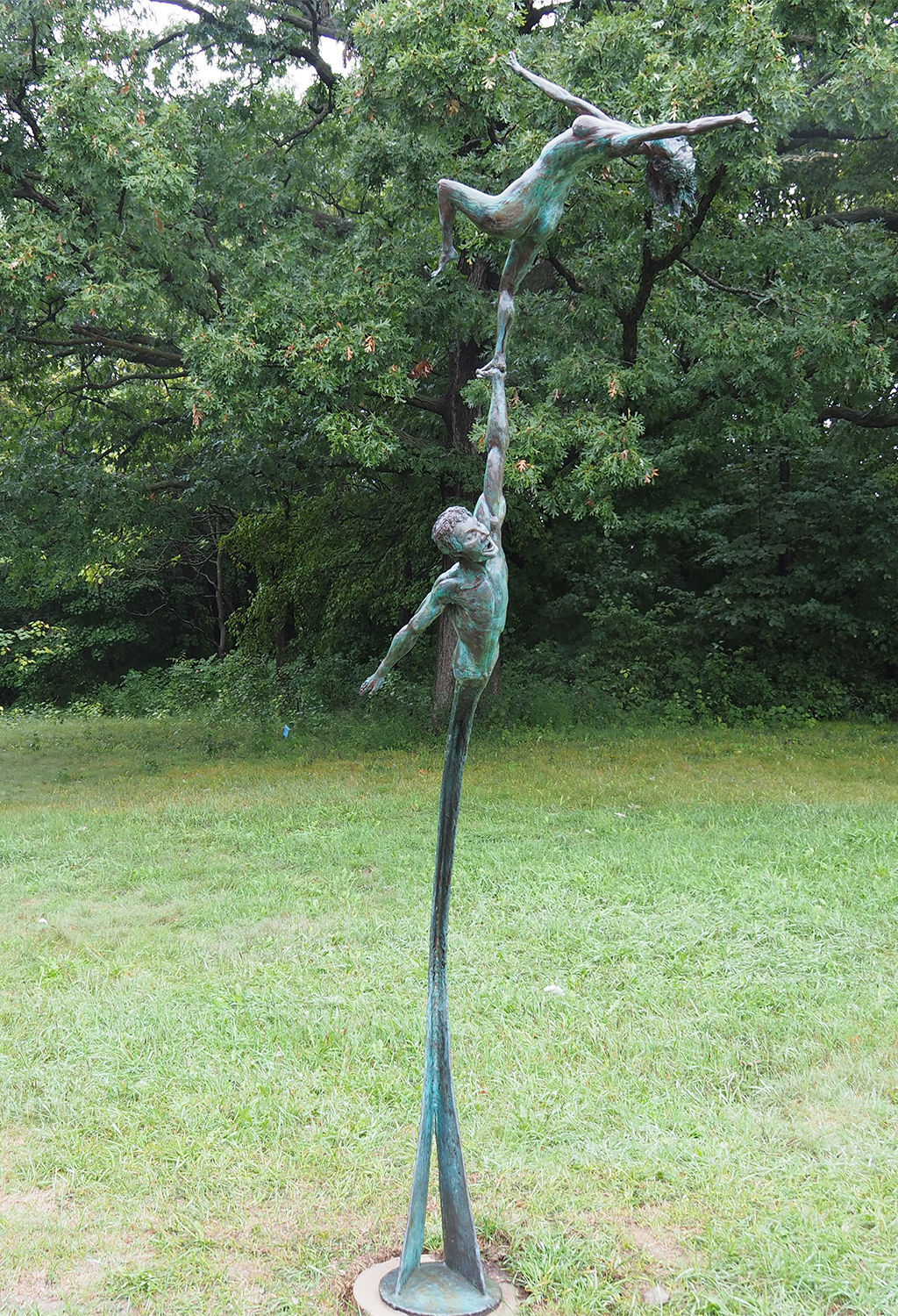 “Kiciuzapi” is the name of the sculpture. It is the closest word in Lakota that describes “holding each other sacredly,” which sculptor John Sterner, a Sicangu Lakota, was going for with the piece. 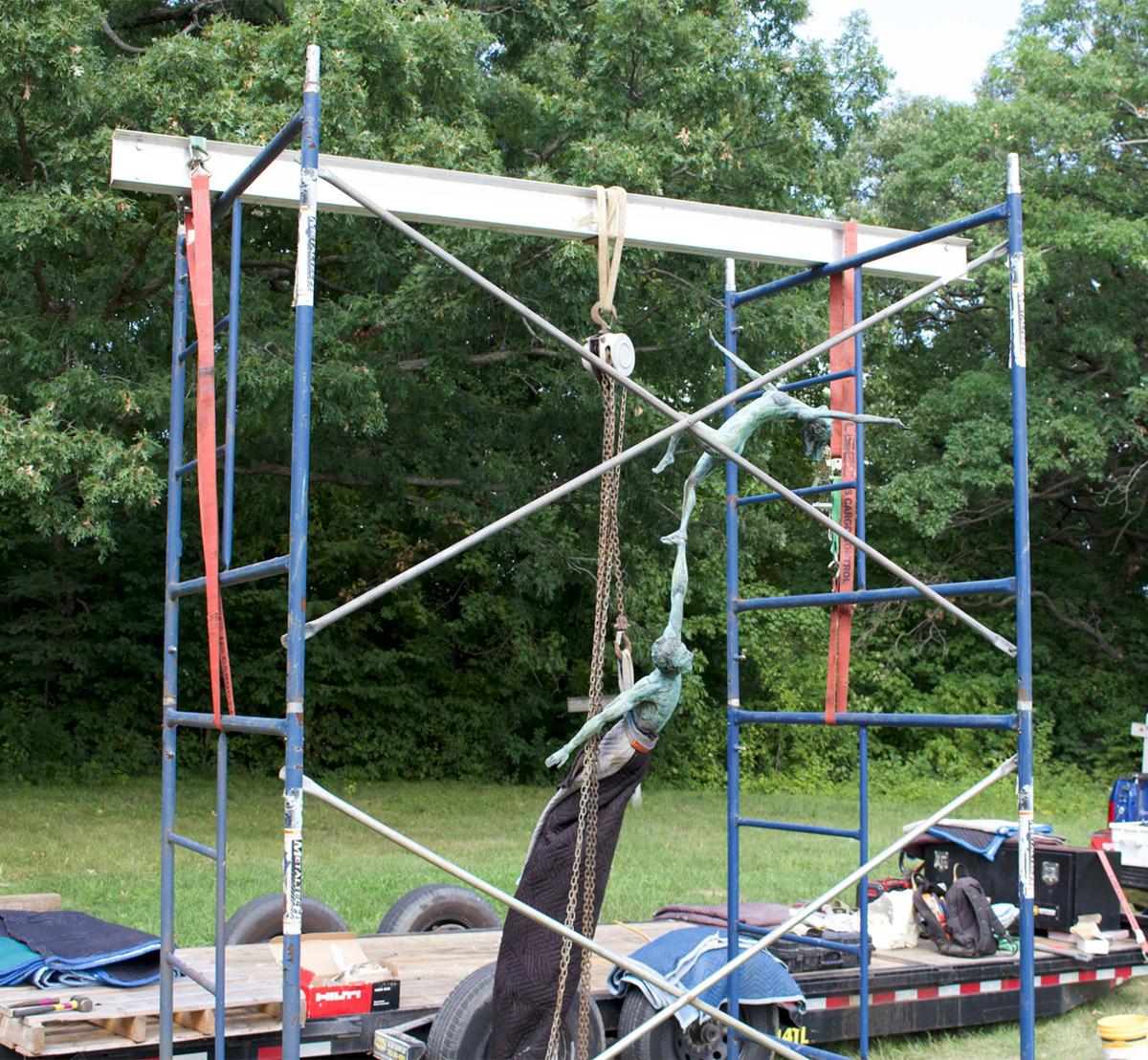 “Kiciuzapi” was installed on Sept. 1 at the Minnesota Landscape Arboretum. 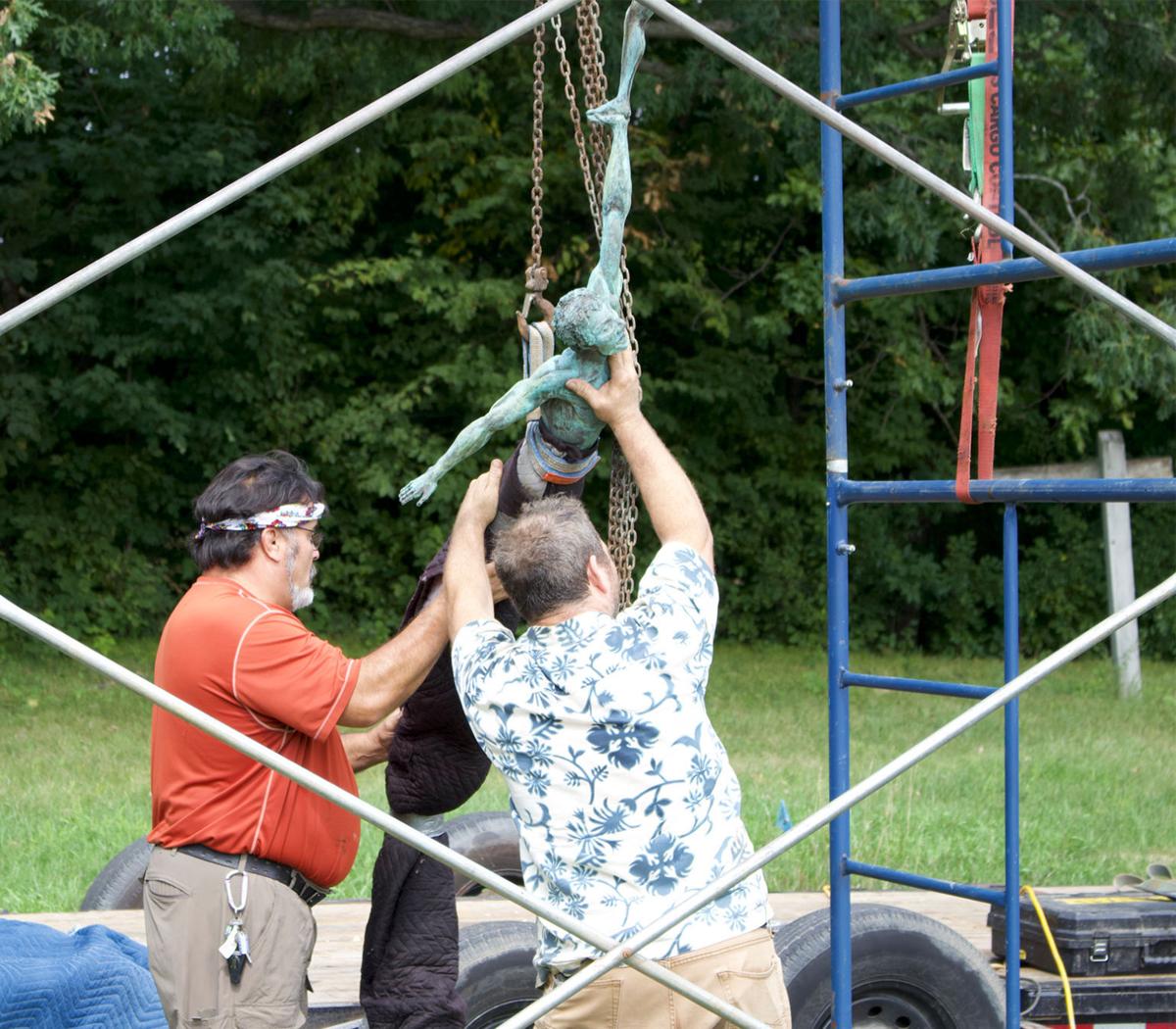 Sculptor John Sterner, on the left, helped to install his sculpture in the Ornamental Grass Collection.

“Kiciuzapi” is the name of the sculpture. It is the closest word in Lakota that describes “holding each other sacredly,” which sculptor John Sterner, a Sicangu Lakota, was going for with the piece.

“Kiciuzapi” was installed on Sept. 1 at the Minnesota Landscape Arboretum.

Sculptor John Sterner, on the left, helped to install his sculpture in the Ornamental Grass Collection.

Artist John Sterner’s two dimensional work will be on display in the Cafe Gallery at the Minnesota Landscape Arboretum Oct. 12-Dec. 1.

The show is included with gate admission, which is free for members, $15 for non-members 16 years and older and free for children 15 years and younger.

Sterner will also give an artist talk in the Ornamental Grass Collection on Oct. 16, near his new sculpture.

There are few things in life as relaxing as a walk through the gardens at the Minnesota Landscape Arboretum in Chanhassen.

The next time you are taking a stroll, be sure to check out the newly installed sculpture “Kiciuzapi” in the Arboretum’s Ornamental Grass Collection.

According to the sculptor John Sterner, based in Marshall, Minnesota, the sculpture features a man exploding out of the ground in an arc while he launches a woman into the air in a dance-like motion. The woman is dancing while the man holds and looks up at her.

The sculpture was a commissioned piece and Sterner’s inspiration came from the couple when he met them. The couple “just seem to be in love with each other,” he said. It reminded him of when he was first dating his wife and the joy you feel when you're with that person.

The shape was also designed to reflect that a relationship is never a straight line, but rather a meandering line, Sterner said. Some days are good and some are tough.

Sterner, a Sicangu Lakota, gives most of his sculptures names in Lakota. While there isn’t a direct translation, “Kiciuzapi” is the closest word that describes “holding each other sacredly,” which was what the sculptor was going for.

The sculpture was cast at the Anurag Art Foundry & Sculpture Studio in Stillwater with the help of Bill and Zach Cole. The foundry is located on the Cole family farm. They helped to realize the dream of what we were hoping to put together, Sterner said.

Sterner is a member of the Rosebud Sioux Tribe. When he was about 3 years old, his grandmother handed him paper and asked for him to draw a variety of animals. She remarked that his drawings were good and told him that he was destined to be an artist because he is Sicangu Lakota.

From that day on, Sterner’s mom bought him drawing and painting kits and he attended art camps. He drew often and it’s something he constantly does, he said. Not only is he a sculptor, he does plein air painting that relates to his ancestral background, and works in mediums such as drawings and welding.

The sculpture was placed in the Arboretum’s grass collection because of how it emulates grass blowing in the wind, Sterner said. He sees grass as something people take for granted.

“Then we have moments where we see a whole field of tall grass that hasn't been cut and it's blowing in the wind,” Sterner said. “All of a sudden, it's the most beautiful thing in the world.”

Wendy DePaolis, the Arboretum’s art and sculpture curator, also saw the connection. When she saw the sculpture along with other board members, they envisioned it in the grass collection. The patina on the sculpture is a greenish color and the way the people are positioned, they look like a blade of grass waving in the wind, she said.

According to DePaolis, visitors comment on how art in the gardens makes them stop to take a closer look, which lends to one of the Arboretum’s missions of getting people to slow down to take in the gardens. An interpretation will be included with the piece that visitors can read.

“Art has always been part of gardens and this is just a continuation of a long trajectory of that,” DePaolis said.

The sculptures are outside all four seasons. People can visit and look at the art differently and see the nature around it and how its changing, DePaolis said. Sometimes flowers surrounding it will be in bloom, other times, an evergreen might be dusted with snow.

The Arboretum features an Ojibwe, Apache and now a Lakota artist. According to DePaolis, “I really love that too, that different tribes are represented here.” She added that she would like to have more BIPOC artists represented.