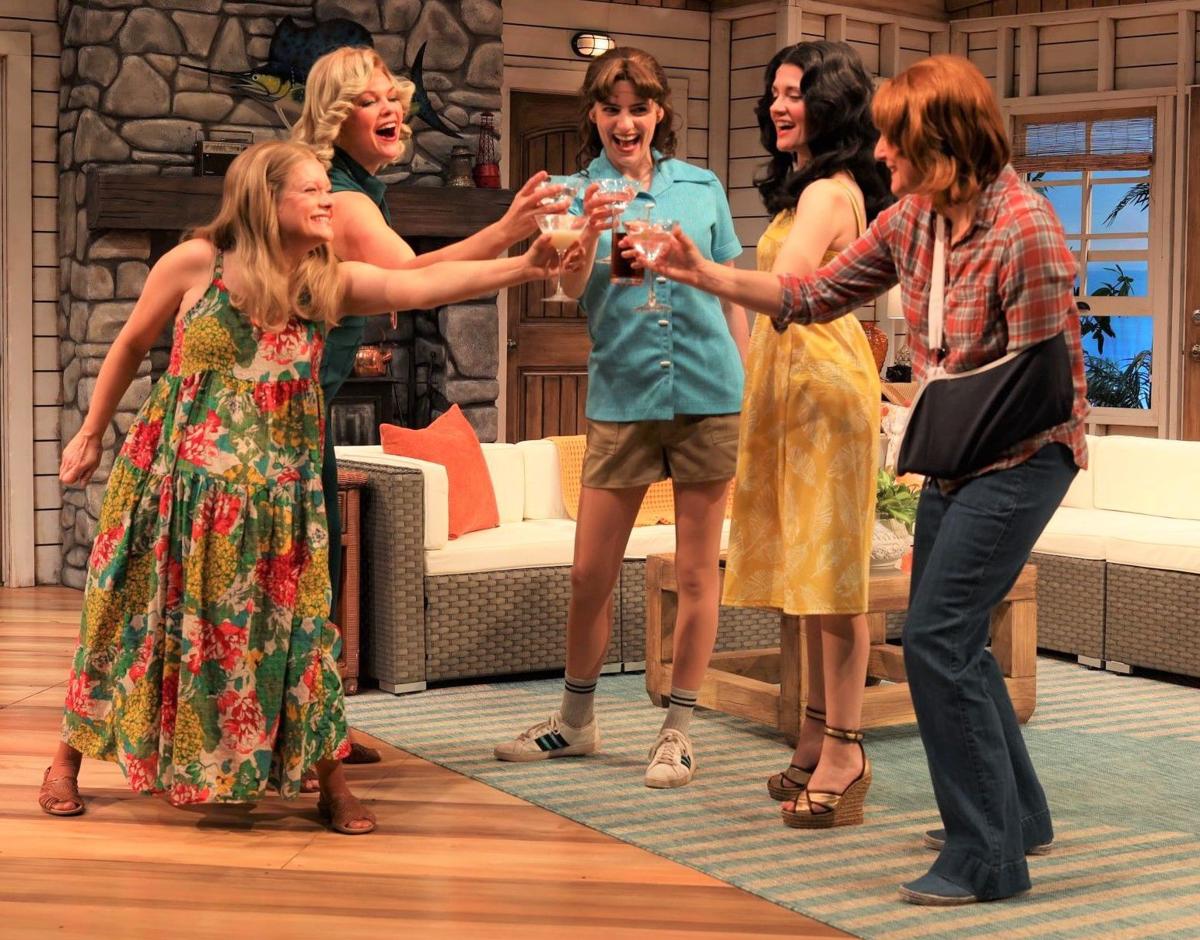 “The Dixie Swim Club” celebrates another year at the beach cottage. From left, Bonni Allen as Jeri, Jen Maren as Dinah, Shana Eisenberg as Sheree, Sara Marsh as Lexie, and Melinda Kordich as Vernadette. 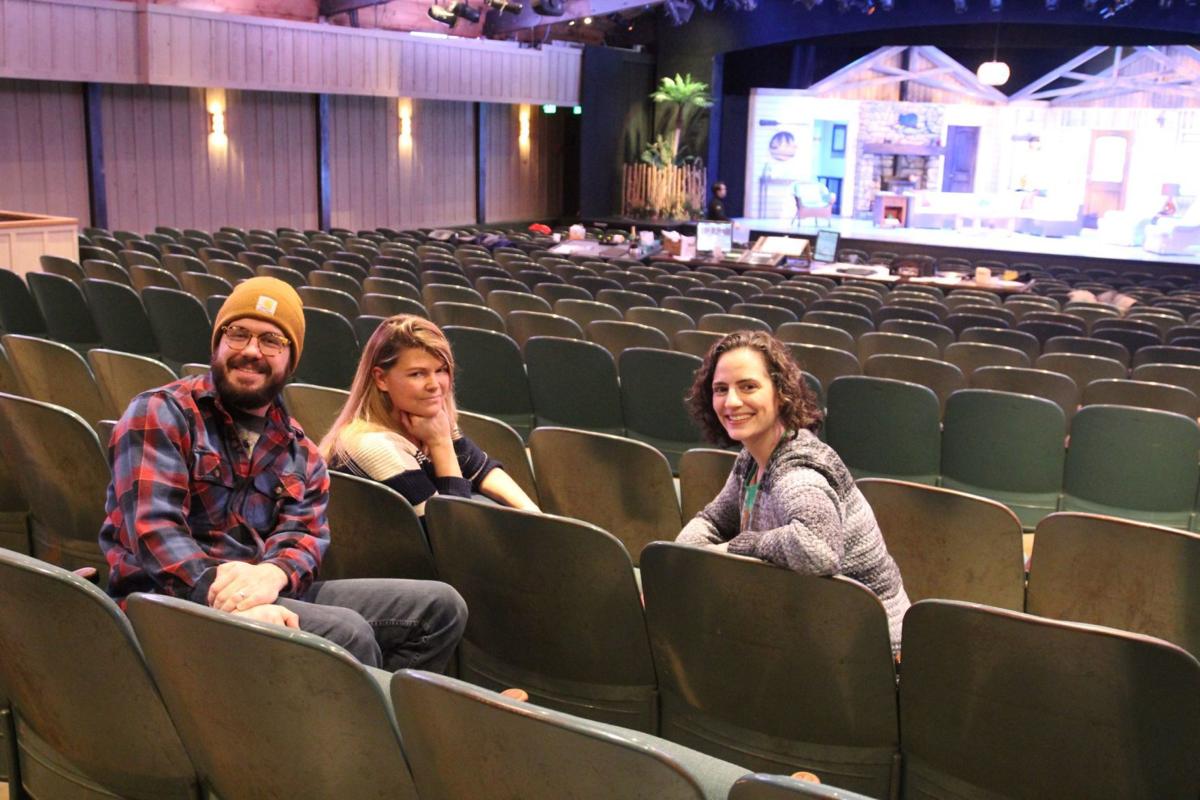 “The Dixie Swim Club” celebrates another year at the beach cottage. From left, Bonni Allen as Jeri, Jen Maren as Dinah, Shana Eisenberg as Sheree, Sara Marsh as Lexie, and Melinda Kordich as Vernadette.

These five Southern women first met in college as members of the school swim team. Sheree is the former swim team captain whose enthusiasm, organization and scheduling hasn’t waned and has come in handy for raising a family. Dina is an Atlanta attorney whose success in the courtroom hasn’t carried over into her personal life. There’s also Lexie, a classic Southern belle and event planner, Jeri, a former nun, and Vernadette, who married and had kids shortly after college.

Since graduation the five women have vacationed together every August at a cozy beach cottage on the Outer Banks of North Carolina. It’s a time they can catch up, relive their glory days, and let their big hair down. Mix in some cocktails and you know their long weekends will always be interesting.

“The Dixie Swim Club” is the Old Log Theatre’s latest production. It opened on Feb. 22, and runs through May 29. Director Eric Morris and actors Shana Eisenberg and Jen Maren took some time before rehearsal two weeks ago to talk about the show.

In all, there are five characters in the production. Eisenberg plays Sheree and Maren plays Dina.

We first meet the women 22 years after college, then five years later, and then in another five years.

Not only will the audience see how the women’s relationships change and shift over time, but to also enjoy the passage of time as evidenced by the subtle changes in the beach cottage’s decor, the women’s fashions, and Morris points out, the music. “You’ll hear some Fleetwood Mac, the Cranberries, and Madonna.”

Playwrights Jessie Jones, Nicolas Hope and Jamie Wooten are known for creating TV shows, movies and Off Broadway plays, including “The Golden Girls,” Morris said, with distinctive characters and witty dialogue. “The Dixie Swim Club” promises to be a funny, feel good, entertaining show. “There’s a lot of quick wit and shenanigans,” Morris said, “and a lot of heart.”

“We’ve all had these friends we’ve known for years,” Morris said, “with whom we’ve gone through the passage of time with. We have changed physically but in many ways, we’re still the same.”

Morris, Eisenberg and Maren don’t mind if a comparison to the TV series, “The Golden Girls,” or “Friends” is made.

“My character Dinah is razor sharp and ambitious,” Maren said. “She has a dry sense of humor and likes a dry martini. You could say she’s ‘Dorothy,’ (from the Golden Girls) in that she works behind the scenes to protect the group and look out for them without their knowing.”

Eisenberg describes her character Sheree as the driving force that makes the annual weekend happen, still the team captain who loves her to-do lists. “She’s the ‘Monica’ of the group,” Eisenberg said. “It’s a story about how you keep friendships together.”

Maren points out that everyone can relate to the story.

“My grandmother is 93 years old,” Maren said, “and she still gets together for drinks with friends. It’s the kind of show that Red Hat Clubs will love.”

Morris pointed out that one of the themes of the show is perseverance over the passage of time. “It’s an apt parallel for the Old Log Theatre, too,” Morris said. “This is our 80th year, and for many of our guests, it’s like a friendship. There’s a comfort to coming here. There’s a lot of theater we can’t relate to, but this is a story we can. We have these kinds of relationships with friends and family.”

What: "The Dixie Swim Club" — Former members of a college swim team have a tradition of reuniting at a beach house on the Outer Banks of North Carolina, where they catch up with each others’ lives.

Wooten was a writer/producer on the popular TV series “The Golden Girls.”