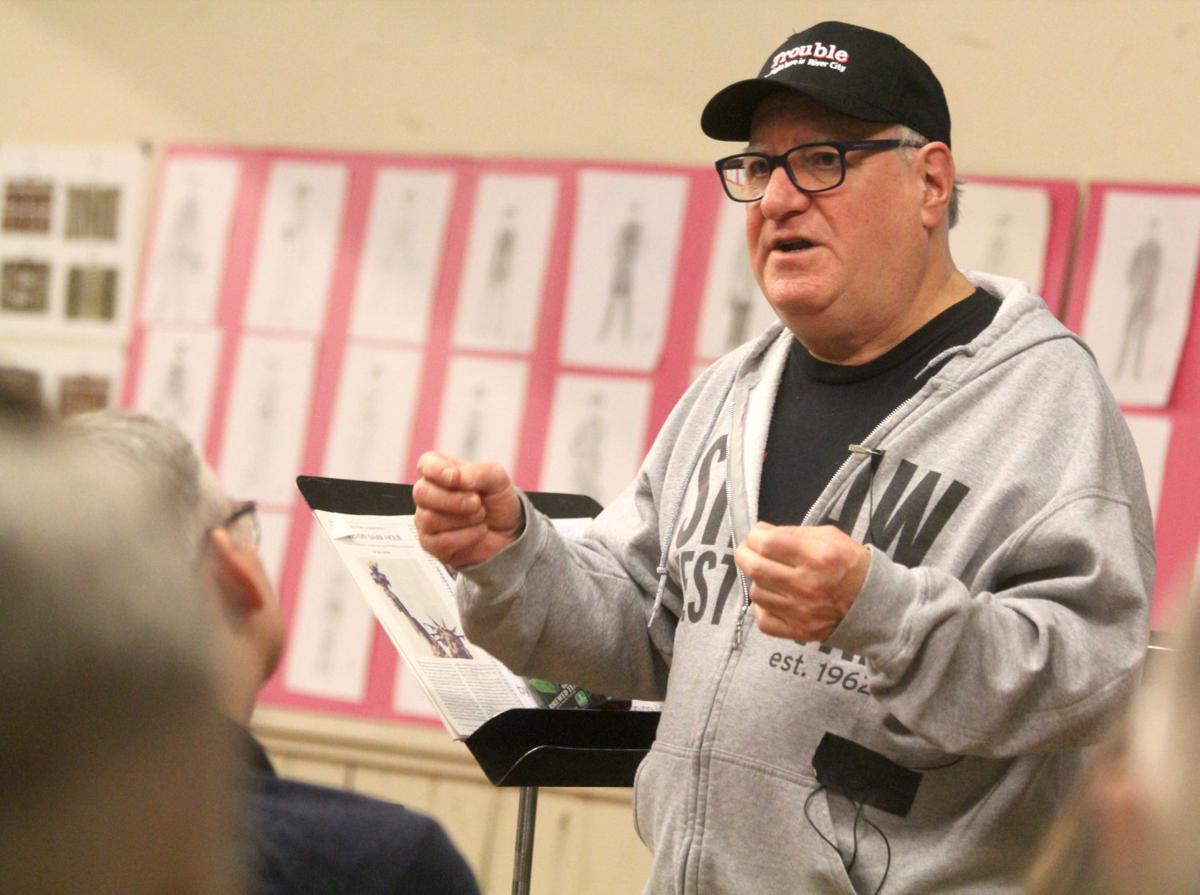 Artistic Director Michael Brindisi, wearing a “Trouble ... right here in River City” cap, inspires the cast and crew on the first day of rehearsals for “The Music Man.” “Ultimately, what the con artist is selling is hope and belief ...” Brindisi said. “And we can never give up that hope that lives in all of us.” 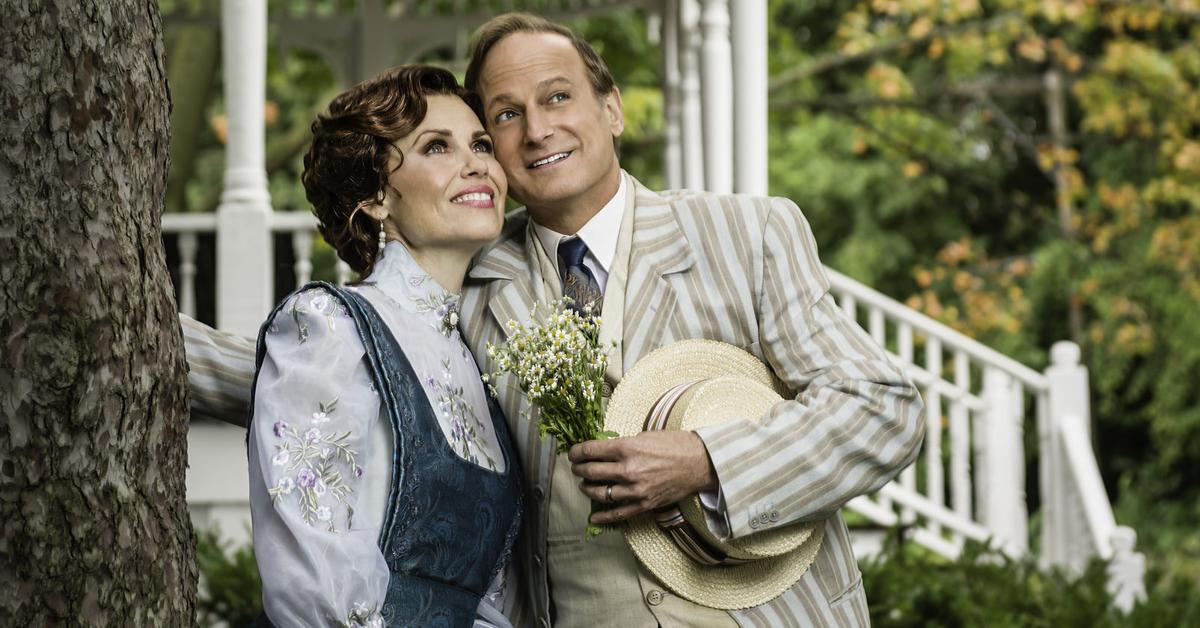 The Chanhassen Dinner Theatres draws an audience from throughout Minnesota and the the Midwest. Its current musical is "The Music Man." 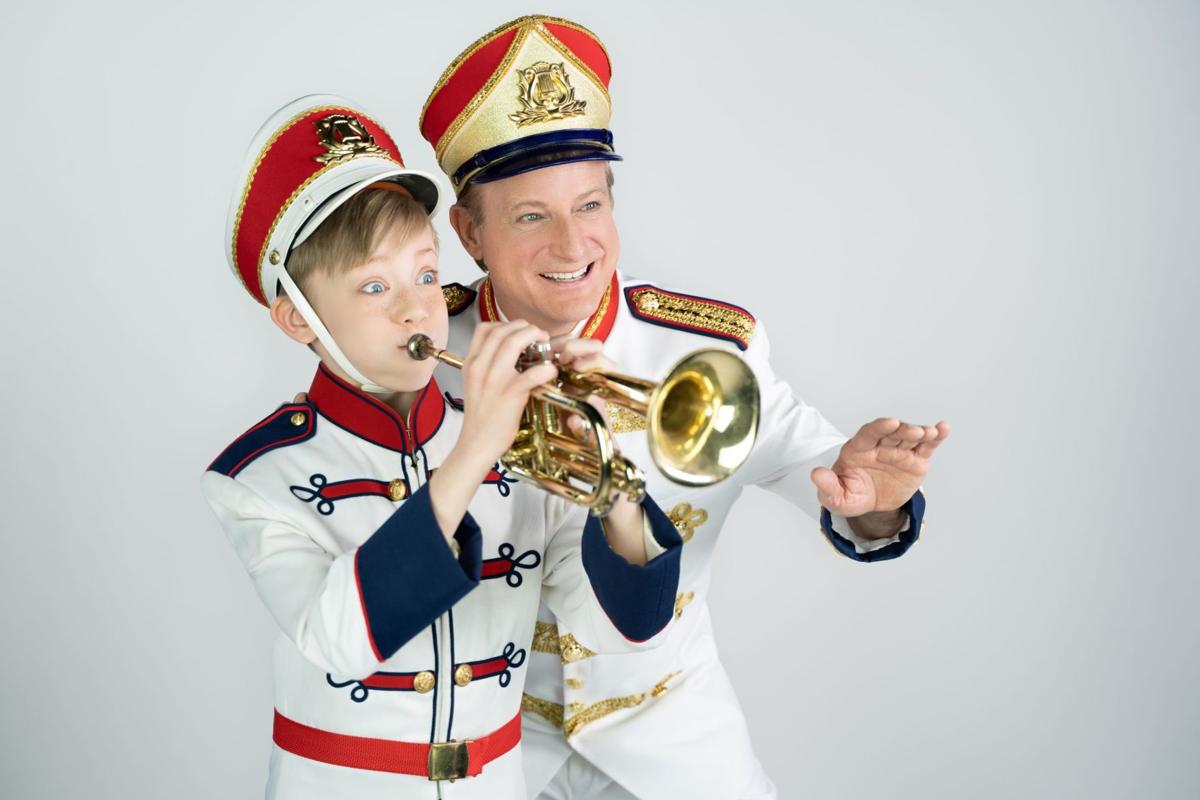 All of the shows at the Chanhassen Dinner Theatres and Brindisi's Pub are closed for the time being in response to COVID-19. CDT's musical, "The Music Man," had opened earlier this month. Pictured is Winthrop Paroo, played by Hugo Mullaney and Harold Hill, played by Michael Gruber. 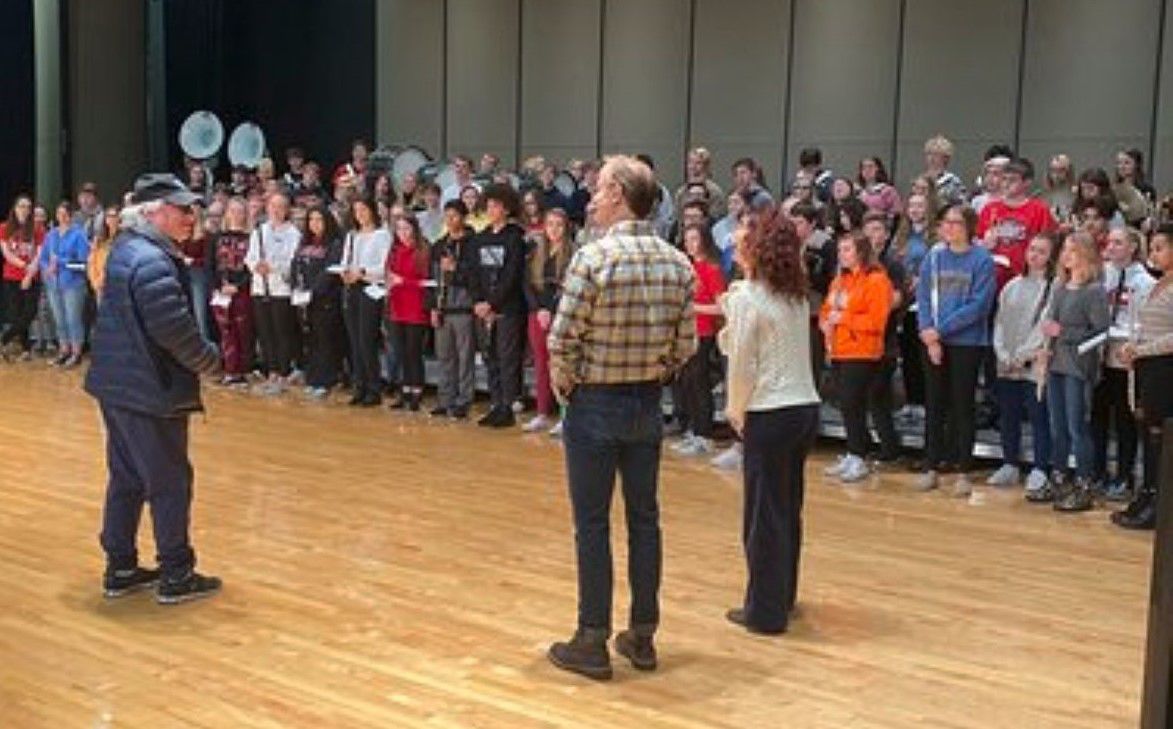 Artistic Director Michael Brindisi, wearing a “Trouble ... right here in River City” cap, inspires the cast and crew on the first day of rehearsals for “The Music Man.” “Ultimately, what the con artist is selling is hope and belief ...” Brindisi said. “And we can never give up that hope that lives in all of us.”

The Chanhassen Dinner Theatres draws an audience from throughout Minnesota and the the Midwest. Its current musical is "The Music Man."

All of the shows at the Chanhassen Dinner Theatres and Brindisi's Pub are closed for the time being in response to COVID-19. CDT's musical, "The Music Man," had opened earlier this month. Pictured is Winthrop Paroo, played by Hugo Mullaney and Harold Hill, played by Michael Gruber.

It’s not often Artistic Director Michael Brindisi and actors take a field trip to prepare for a new show at the Chanhassen Dinner Theatres. But they did for the upcoming musical, Meredith Willson’s “The Music Man.”

On Jan. 27, Brindisi and actors Michael Gruber, who plays Harold Hill, and Ann Michels, who plays Marian Paroo, took a road trip to Mason City, Iowa, the quintessential Midwestern small town that inspired the characters and the story that became the Broadway hit, “The Music Man.”

The show has its official opening on March 6 at the CDT, and is the last regional theater in the nation permitted to perform it before the Broadway revival of “The Music Man” opens in October 2020, starring Hugh Jackman and Sutton Foster.

The high school band gathered in the gymnasium to play “76 Trombones” from the musical, in honor of their visit. Brindisi, Gruber and Michaels gave a presentation to the band students about the CDT’s upcoming musical, answered questions and posed for photos with the students. Since it was big news in Mason City, aka River City, the local media was on hand, too.

The trip came about through Brindisi’s friend, a Twin Cities newspaper columnist who grew up in Mason City, and whose family still lives there. Why not come visit Mason City and get to know the place that inspired Meredith Willson’s “The Music Man?”

After spending time with the students at the high school, the group had lunch in a local restaurant, providing an opportunity to chat up a variety of locals. Then they were treated to a comprehensive tour of Meredith Willson’s boyhood home.

They visited the Mason City Library, the Music Man Square museum, and the landmark footbridge.

They saw the piano where Willson’s mother, the inspiration for Marian the Librarian, taught piano lessons, and the staircase newel post where Willson’s father would toss his bowler hat upon arriving home.

“Going to Mason City was a truly eye-opening and inspiring experience,” said Ann Michels. “Spending time in the school with the band kids, being in Meredith Willson’s childhood home, and experiencing the Music Man Square and museum added a layer of context and meaning to my process that I couldn’t have achieved from a book.

“The people of Mason City have such great pride for their theatrical sister city, River City and they share its rich history with passion and generosity,” Michels said. “My Marian will be truly enriched by what I learned.”

Michael Gruber’s first experience with “The Music Man” was not the 1957 Broadway musical, but the 1962 movie starring Robert Preston as Harold Hill and Shirley Jones as Marian Paroo.

“I love it,” Gruber said. “Over the years, I must have watched it at least 20 times. I believe it to be one of the greatest achievements of a stage to screen musical (along with ‘The Sound of Music’ and ‘West Side Story’).”

Gruber reflected on what he took from the visit to the fictional River City’s namesake.

“There was something especially powerful about being in the house where Meredith grew up,” Gruber said. “It is beautifully preserved, full of pictures and many of its original furnishings, all of which are quite informative and evocative. I was also fascinated by the vintage band instruments in the Meredith Willson museum. They even have a pair of double bell euphoniums!”

For Brindisi, he was most impressed with the people they met, “from our tour guide Janice, and the people who opened the museum (normally closed on Mondays), Abigail and her daughter in the deli, and the family we had dinner with later that evening. All were gracious, smart and welcoming.”

For Howland, the visit to the high school was especially meaningful.

“They (the high school band) are coming to the show at the dinner theater in April,” Howland said. “So it was fun for the students to have a meet and greet with Michael, Ann and Michael. They got a kick out of having Michael and Ann direct the band when they played ‘76 Trombones,’ for us.

“When I initially talked to the director before our visit, he was so excited about that. I said, ‘Do you know the music?’ He said, ‘No, but we’ll learn it!’”

Tickets: For reservations and information, call the CDT box office at 952-934-1525 or go to ChanhassenDT.com.

"The Music Man" is Meredith Willson's love letter to his hometown of Mason City, Iowa. The fictional River City borrows characters and atmosphere from his childhood memories.

It's the story of a charming con man who comes to town planning to hoodwink its citizens. His plan includes collecting money for instruments and uniforms, then skipping town. But soon, his stay becomes not another successful swindle but one of transformation, for him and for the small Midwestern town.