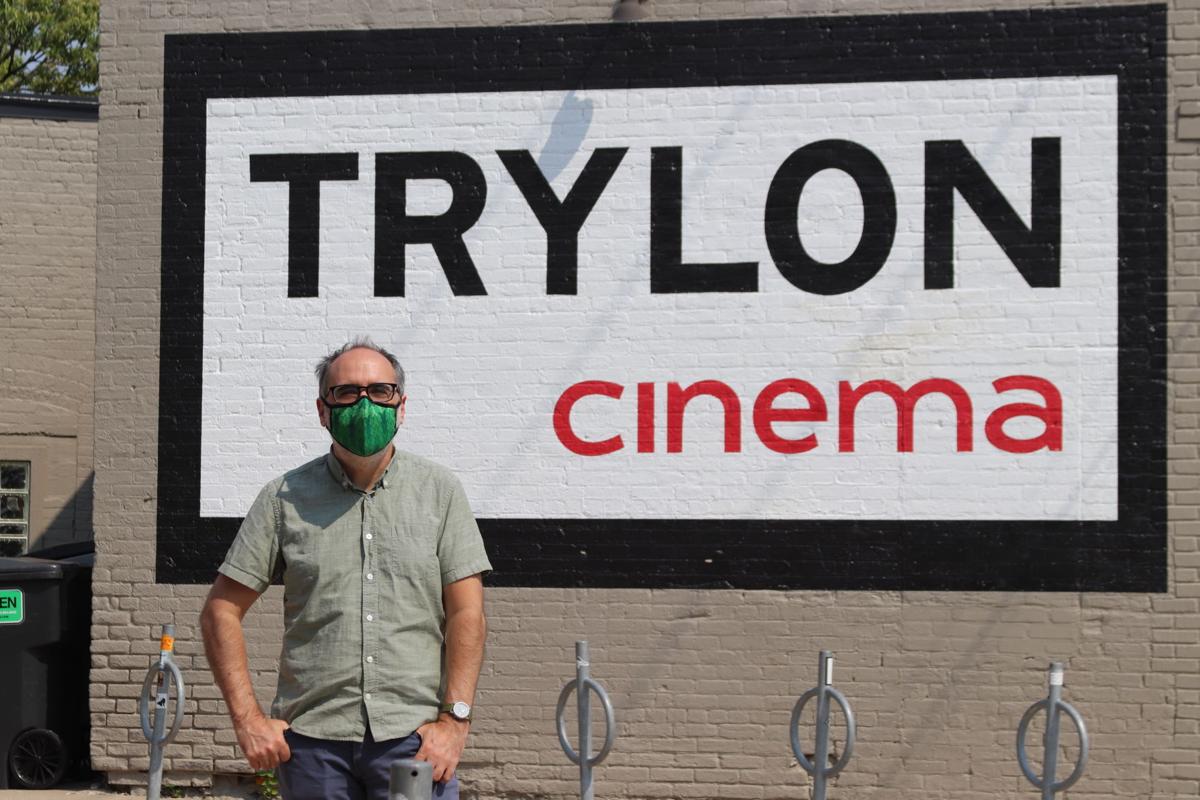 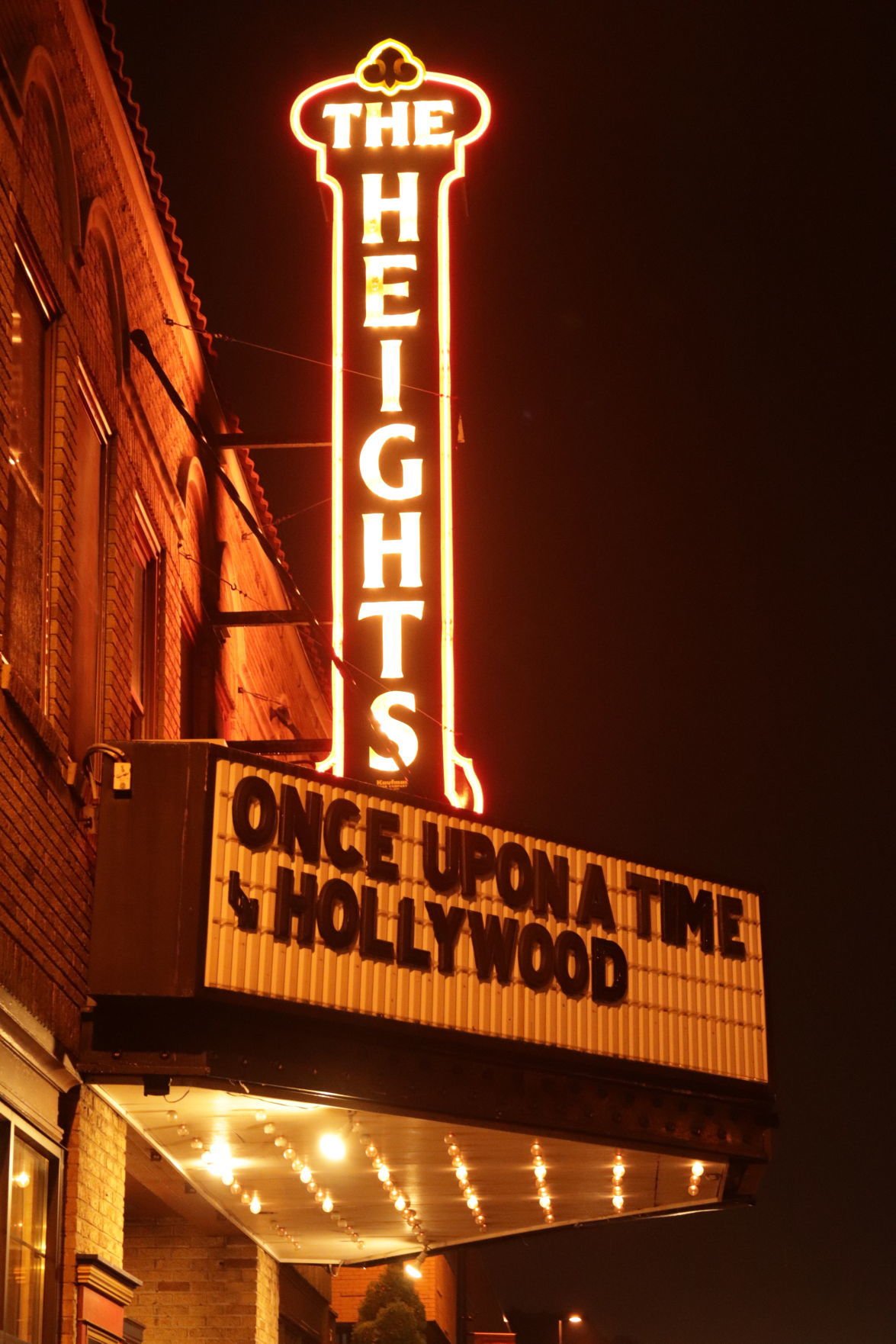 The Heights Theater, located in Columbia Heights, is the oldest continuously operated movie theater in the Twin Cities. 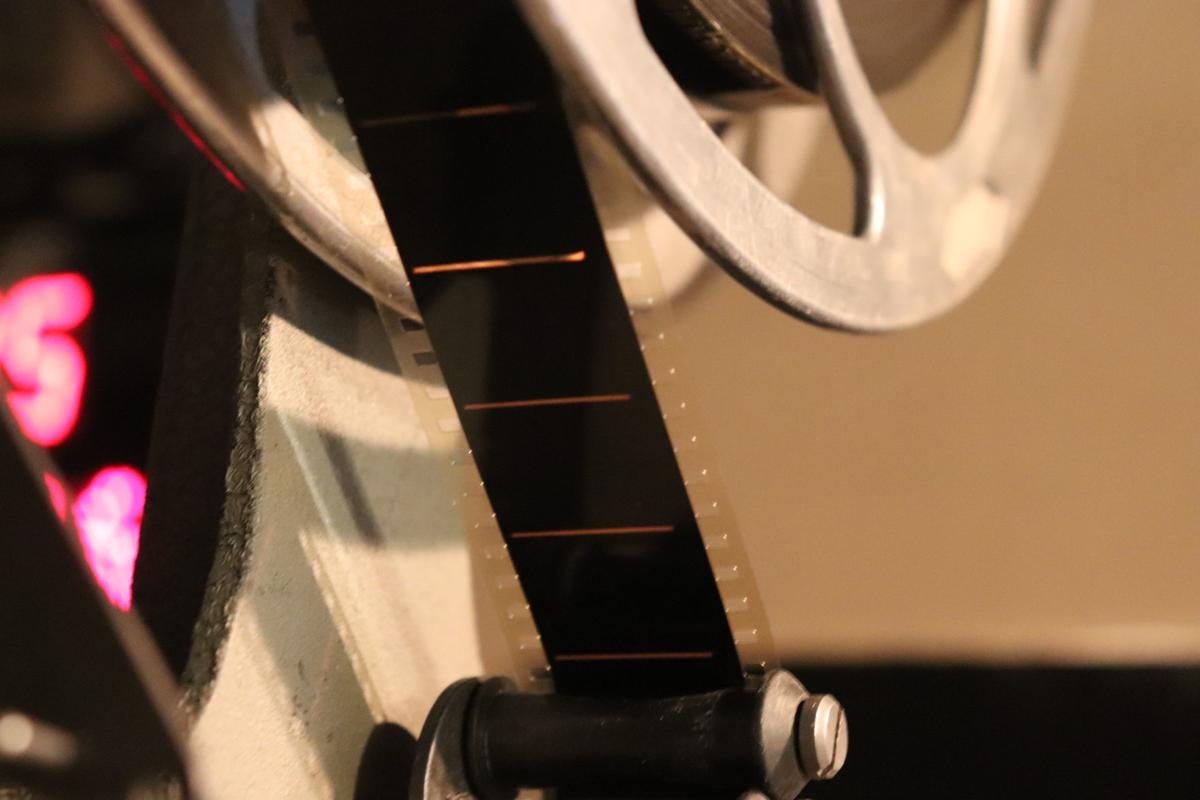 The Trylon staff tries to present films in the manner they were presented when released — for many, that means projection on 35mm film stock. 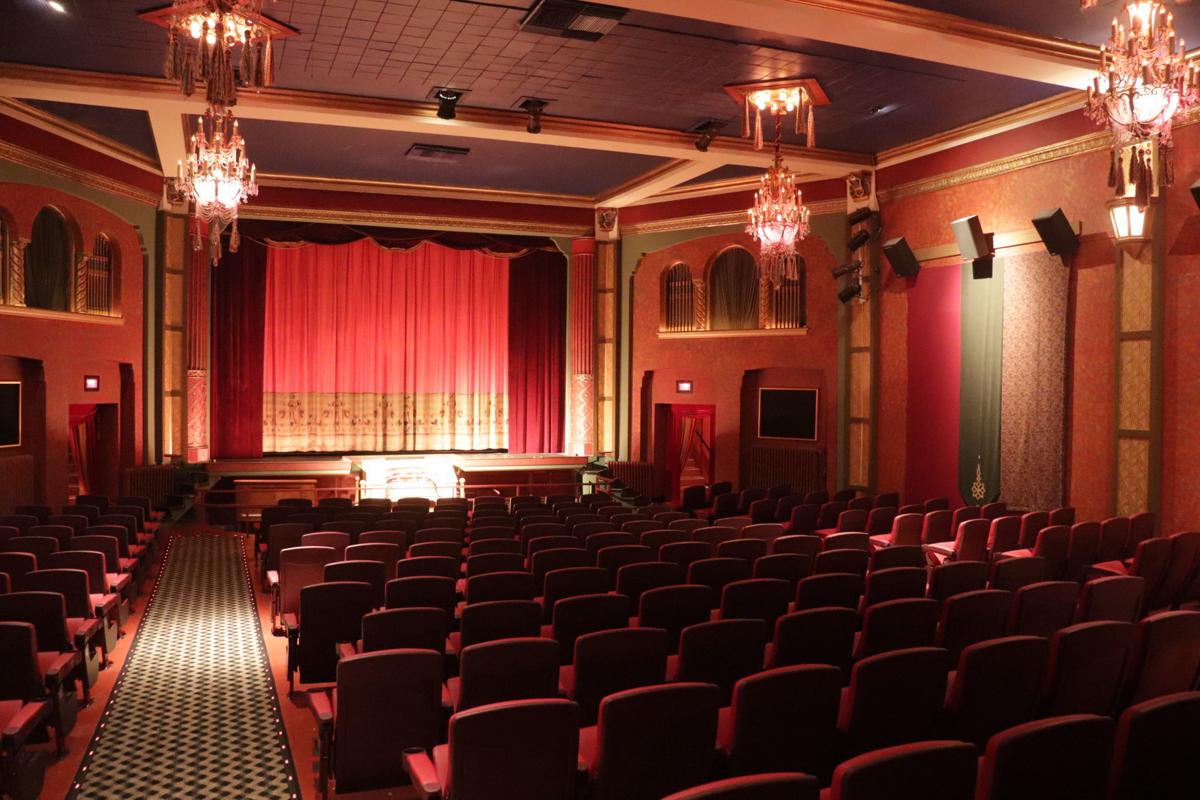 The Heights Theater, built in 1926, has been restored to its original — and stunning — Beaux Arts design. 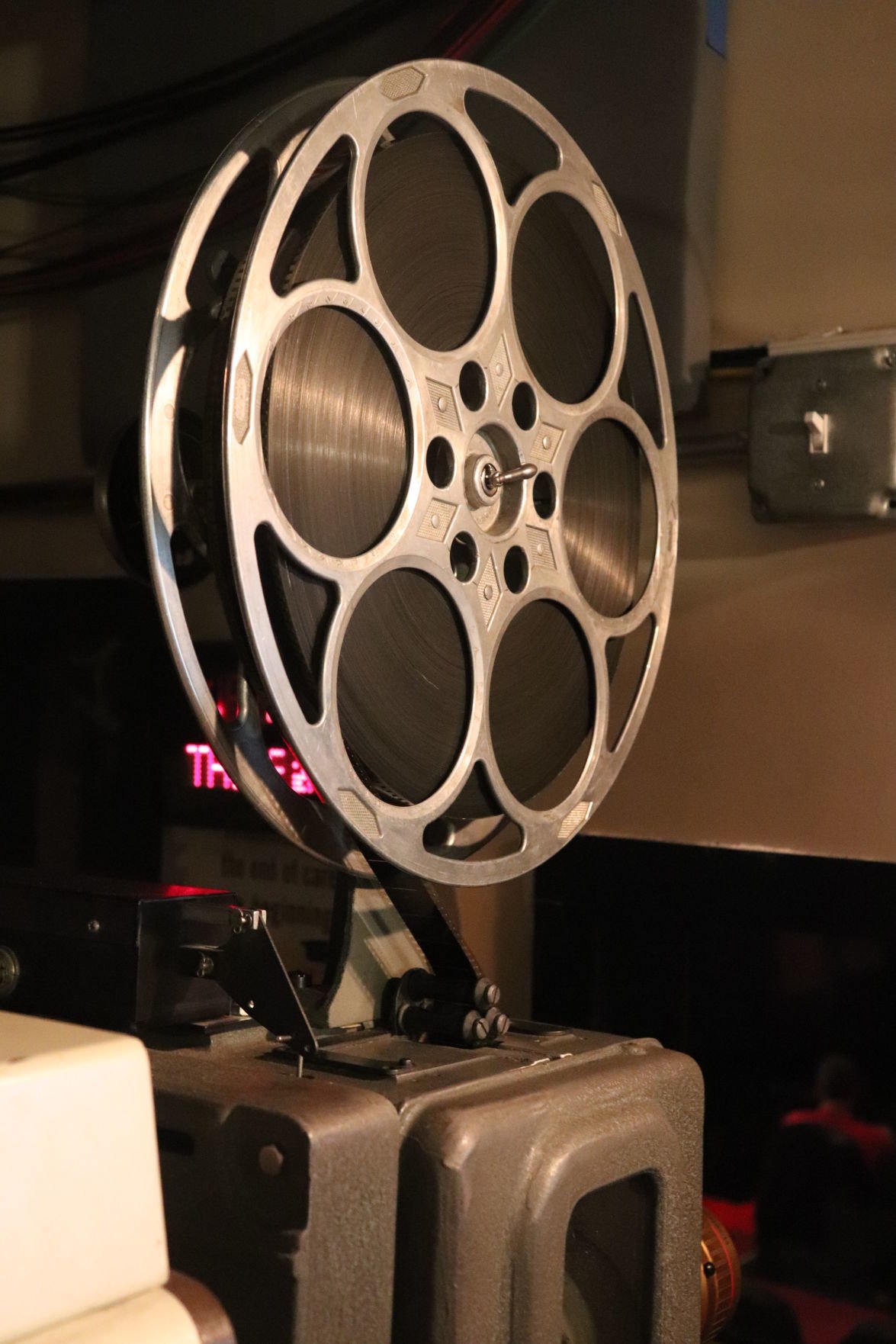 The Trylon staff tries to present films in the manner they were presented in upon release — for many, that means projection on 35mm film stock. 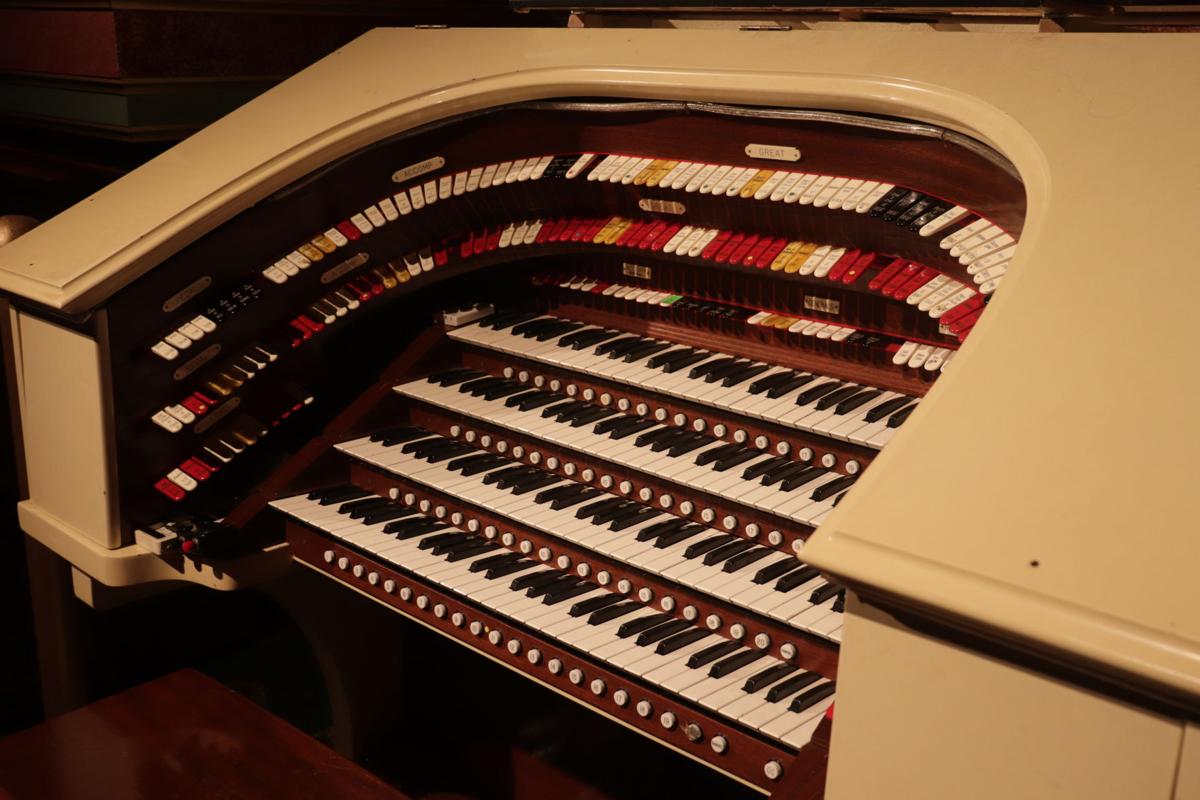 Since re-opening in July, about half of the screenings at the Heights Theater have still featured pre-show music played live on this 1929 Wurlitzer pipe organ. 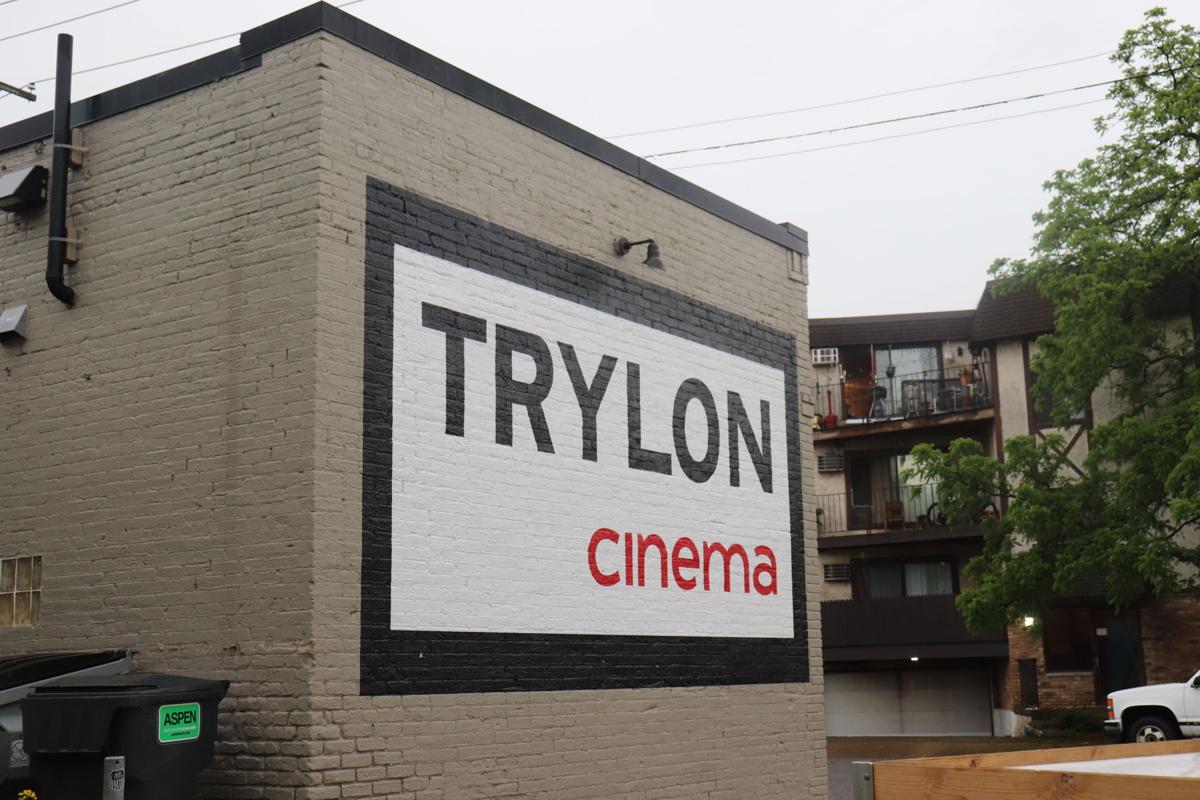 The Trylon Cinema reopened in July and has a slate of screenings scheduled through October.

The Heights Theater, located in Columbia Heights, is the oldest continuously operated movie theater in the Twin Cities.

The Trylon staff tries to present films in the manner they were presented when released — for many, that means projection on 35mm film stock.

The Heights Theater, built in 1926, has been restored to its original — and stunning — Beaux Arts design.

The Trylon staff tries to present films in the manner they were presented in upon release — for many, that means projection on 35mm film stock.

Since re-opening in July, about half of the screenings at the Heights Theater have still featured pre-show music played live on this 1929 Wurlitzer pipe organ.

The Trylon Cinema reopened in July and has a slate of screenings scheduled through October.

Since reopening in July, major movie theater chains find themselves playing old classic like “Jurassic Park” and “Back to the Future,” as Hollywood studios remain on hiatus and continue to postpone new releases.

But for independent theaters like Minneapolis’ Trylon Cinema and the Heights Theater in Columbia Heights, the “new normal” of second-run showings is their bread and butter.

Both theaters reopened in early July and largely resumed their slate of scheduled programming. Their first shows recognized the ubiquity of the pandemic, but in different ways.

The Heights soothed audiences with Mel Brooks’ laugh-a-minute “Blazing Saddles,” while the Trylon reopened with “The Andromeda Strain,” a 1970s techno-thriller about an extraterrestrial virus.

“We were like, let’s find a movie where people listen to scientists and we figure out how to fix the problem,” Trylon Director Barry Kryshka said. “So there has been a little bit of that not-subtle approach (to programming).”

But with the possibility of depressed turnout and many movie buffs opting to stay at home, programming has presented a bit of a scheduling dilemma for independent cinemas.

“We want good ideas that will get people to come out, but we don’t want ideas that are so good that we feel bad we used them up now rather than waiting for a time when they could be truly appreciated,” Kryshka said.

Both theaters have had to make tough programming decisions under the current situation. Kryshka was interested in screening prints of Werner Herzog films that recently became available in the United States and Letness postponed a showing of “Mystery of the Wax Museum,” which just received a major restoration and new film prints, until next year.

“I wanted to show it at a time when if someone really wanted to see it they wouldn’t be filled with fear, or have to make a decision between wanting to see it and not feeling comfortable,” Letness said. “Everything else we’re showing can certainly be repeated — it’s not a once-in-a-lifetime thing. But that one is pretty special. I don’t want someone being in the position of having to choose like that.”

Under the circumstances, Kryshka has opted to scale back the number of films Trylon shows in a month in order to spread out screenings and give audiences a better chance to safely see the films as lower capacity rules stay place.

Coming up in September, the Trylon will show “Son of the White Mare,” a 1981 Hungarian animated film that’s making it’s American debut amid the pandemic.

Krysha personally plans a series of films every year, usually tied together by a specific, yet unusual set of themes. This September it’s a duo of Shakespeare-inspired films starring Julia Stiles: “10 Things I Hate About You” and “O.” Krysha calls it a “Shakesploitation” series.

“Bergman’s masterwork couldn’t be more relevant,” Trylon Film Programmer John Moret said. “Antonious Block, (played by) the brilliant Max Von Sydow, is returning home from the crusades and finds the Black Plague has caused social upheaval everywhere. The film is full of crushing anxiety, existential dread and uncertainty. It is also, however, poignant, life-affirming and, at times, humorous. Is there ever a wrong time to watch a movie this good?”

The end of the month will begin to bleed into October, as the Trylon screens the slasher classic “Friday the 13th” Sept. 25-29.

Over at the Heights Theater, Letness was able to push back all his programming to summer and fall without losing any showings.

The popular Laurel and Hardy Comedy Festival returns Sept. 13, featuring a double-feature of the comedy duo’s films: “The Chimp” and “Way Out West.”

The Heights usually partners with the Trylon and Riverview Theater in the spring to host an Alfred Hitchcock film festival. That was canceled with the shutdown earlier this year, but Letness is still screening a few of the horror icon’s pictures through September, including “Rebecca,” “Vertigo” and “Strangers on a Train.”

In October, the Heights presents a Thursday night Halloween series called “Ha! Ha! Homicide.” The series focuses on movies that share equal measures bloodshed and laughs. It includes such macabre classics as “The Thin Man,” “Arsenic and Old Lace,” and “Clue.”

“October is a great month to do that because people are in the mood for it and fall is out and everybody is thinking Halloween,” Letness said.

The Heights’ upcoming programming wraps up with a few Monday night screenings of classic pictures such as “To Kill a Mockingbird,” “Harold and Maude,” “Pee Wee’s Big Adventure,” “The Shining” and “Singin’ in the Rain.”

As the pandemic continues to severely limit group activities, plenty of individuals are finding that the cinema offers movie-goers a chance to participate in a communal activity without direct interaction with others. Audience members can laugh, cry and scream together through their masks — all from the safety of their own socially-distanced seat.

“The theme of the whole year has been isolation, right? I think the opportunity to be around our communities is really important in that way,” Kryshka said.

As more and more people rely on streaming as a form of entertainment during the lockdown, Kryshka has been subject to another wave of questions asking if streaming services will put cinemas out to pasture. It’s an old question he’s been asked with every new home video innovation — yet somehow, people keep coming back to the theater.

“We’ve had technology to drink whiskey alone in your basement for years, but somehow bars still seem to be OK,” he said.

Letness, who’s experienced a non-stop run of sold-out shows at the Heights, is heartened by the audience response and what it entails for the future of cinema.

“I think it’s going to be bigger than ever,” Letness said. “... Everybody is sick and tired of being cooped up, sick and tired of their lives being disrupted, and sick tired of having to not do things that make them happy.

“A lot of people aren’t enjoying life right now. I think when the green light is given, people are going to be ready to enjoy life again.”