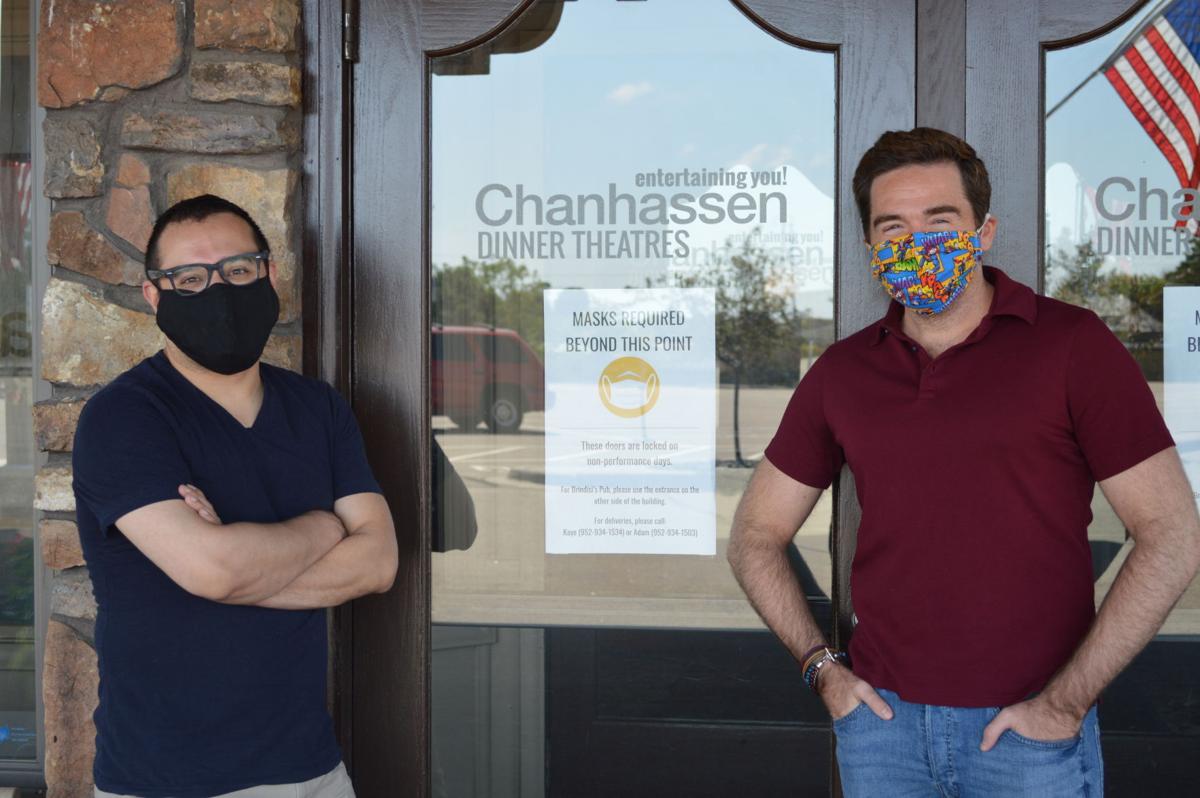 Andy Kust and Shad Olsen are among the many Chanhassen Dinner Theatres artists who have been finding new venues for their talents since "The Music Man" was shut down in March. 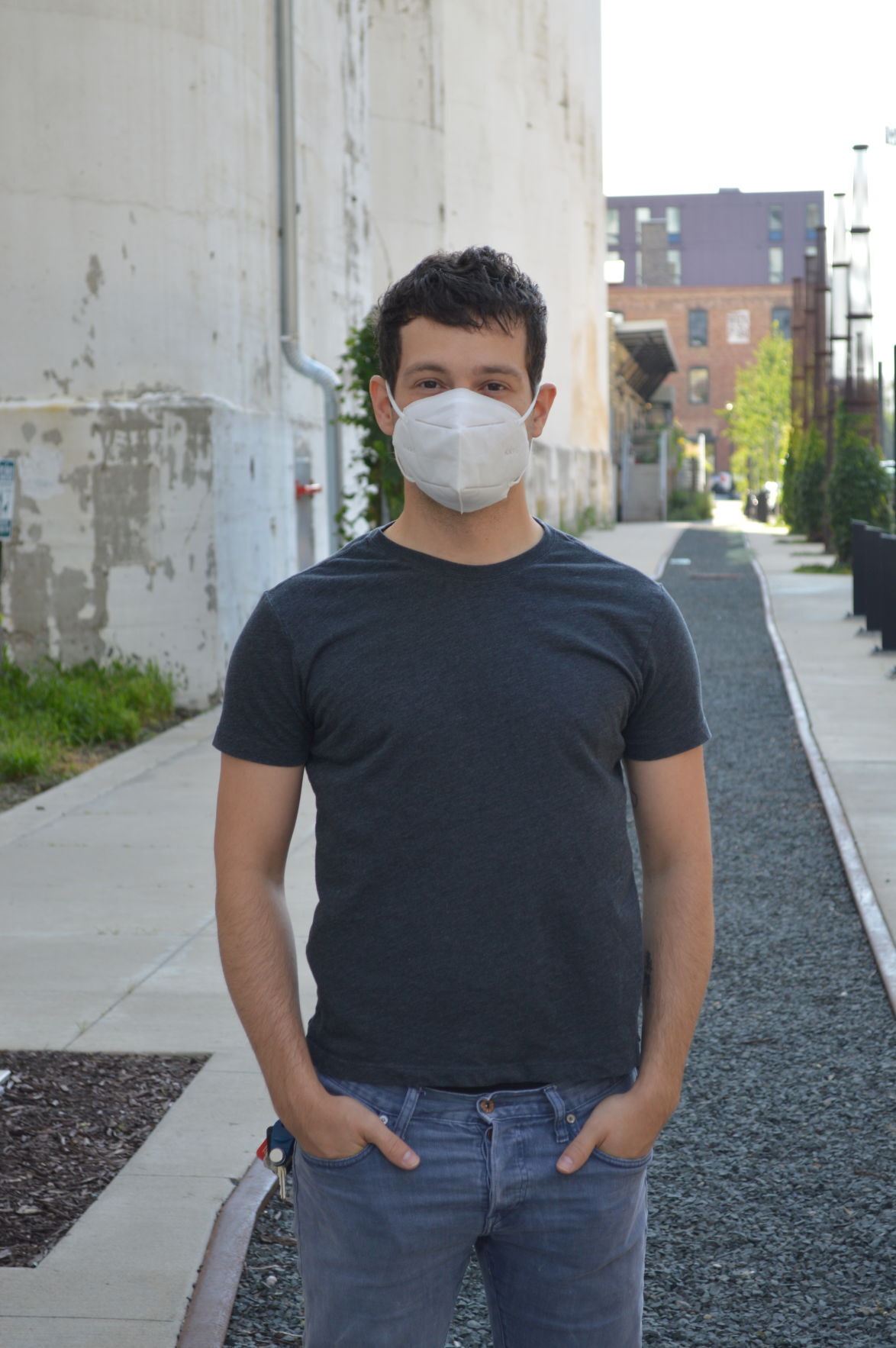 Andy Kust and Shad Olsen are among the many Chanhassen Dinner Theatres artists who have been finding new venues for their talents since "The Music Man" was shut down in March.

The building is brand new, modern, close to major businesses, filled with amenities, and best of all? Less than a five minute walk to Chanhassen Dinner Theatres, where Kust works as the resident music director and Olsen performs in the barbershop quartet.

It was the perfect location for their lifestyle — until Friday, March 13, when CDT shut its doors due to COVID-19.

“In between shows on Wednesday, we had a company meeting about how the theater is really turning around and doing well. We had great finances, great numbers, breaking records. And then our last show was Thursday,” Kust said.

Back then, Kust, Olsen and other employees thought the theater would reopen in 30 days. But as the weeks flew by and cases skyrocketed, they realized this wasn’t a temporary break.

For those in the industry, the 52-year-old Chanhassen Dinner Theatres is one of the most consistent, stable jobs in the Midwest. Shows run for over six months instead of weeks, the cast and crew are like family and performances have a steady audience from multiple states.

But for the first time since a week-long break in 2012, the theater's primary show is closed indefinitely, leaving almost 300 staff members furloughed. (Although the CDT Concert Series recently started up again, moving into the theater's Main Stage, and the adjacent Brindisi's Pub is open.)

In March, the "The Music Man" had just opened to rave reviews. The musical was slated to run through September. Instead, there were less than 12 shows before the closure.

The theater plans on continuing the run when it reopens, but the return date for shows has yet to be set. Olsen and Kust don’t expect to have their jobs back until next year, at the earliest.

“Being on stage is what I chose to do with my life. It’s more than just a job, it’s your passion and to have that taken away from you is really hard,” Olsen said.

Lucas Wells, who has been acting in Minneapolis for seven years, had been working with CDT since 2018. Recently married with a 1-year-old son, the closure meant he had to find a new way to support his family, moving from a full-time position performing in the "The Music Man" ensemble, to amping up his side jobs.

He’s now pouring energy into Little Seal Pictures, his videography and photography business dubbed after an Irish translation of his son’s name. A self-described jack-of-all trades, he’s helping the theater create a virtual version of its annual summer camps.

With around five hours of lessons per day for five weeks, Wells has been busy filming dance videos, acting lessons, monologues and whatever the camp requires. After working with pre-recorded videos, the students then get live feedback from teachers.

“It was a really big project, but I was glad to work on it with them and glad to be able to help out,” Wells said.

Michael Gruber was a lead in "The Music Man," and was set to perform in the ensemble of "Cinderella," which CDT had planned after the "Music Man" ended. With no guaranteed return date, he’s been improving his voice, composing music, practicing piano and teaching at his vocal studio.

“For now, it’s been a kind of nice balance between recreational entertainment and trying to improve my craft and become a better artist,” Gruber said. “Going into the fall, it’s going to be something new, I just don’t know what that is yet.”

Many of the teachers already had relationships with local high schools or taught private lessons, but the business creates a centralized hub for students considering theater as a career, Kust said.

“It’s a great opportunity to kind of get your feet wet without fully committing to going to a school and spending a lot of money on something they’re not sure if they want,” Kust said. “It’s a good first step.”

Michelle Barber has been in over 70 shows with CDT, but never had a break like this. Shows are normally at night — this is the first time she’s seen dusk in 40 years, she said.

“If I took a break from Chan, it’s usually to go to another theater. But now I’ve started a garden, I’m with my husband, daughter and son-in-law, I’m volunteering, I run four miles a day … At first I was thinking 'What am I going to do with all my time?" but now I feel like I don’t have enough time,” she said.

Barber’s still doing private lessons and working on summer camp programs, which she loves. But she repeated a common theme among the CDT members — while she misses working, it’s nice to have some time off.

Kust is taking online conducting lessons. Olsen is reading scripts and singing every day. Wells is improving his videography and watching his son progress from crawling to walking. Gruber works on household projects and keeps up his knitting.

The cast has a private Facebook group for "The Music Man." Barber said she’s been posting daily since the closure to keep everyone connected, writing about current events and picking a song for the day.

“To be home all the time is fun, but to not be with an audience, to not be able to communicate art is very difficult for the soul,” Barber said. “This is our way of communication, of thinking, of showing our passion. I’d go back to the show in a New York minute.”