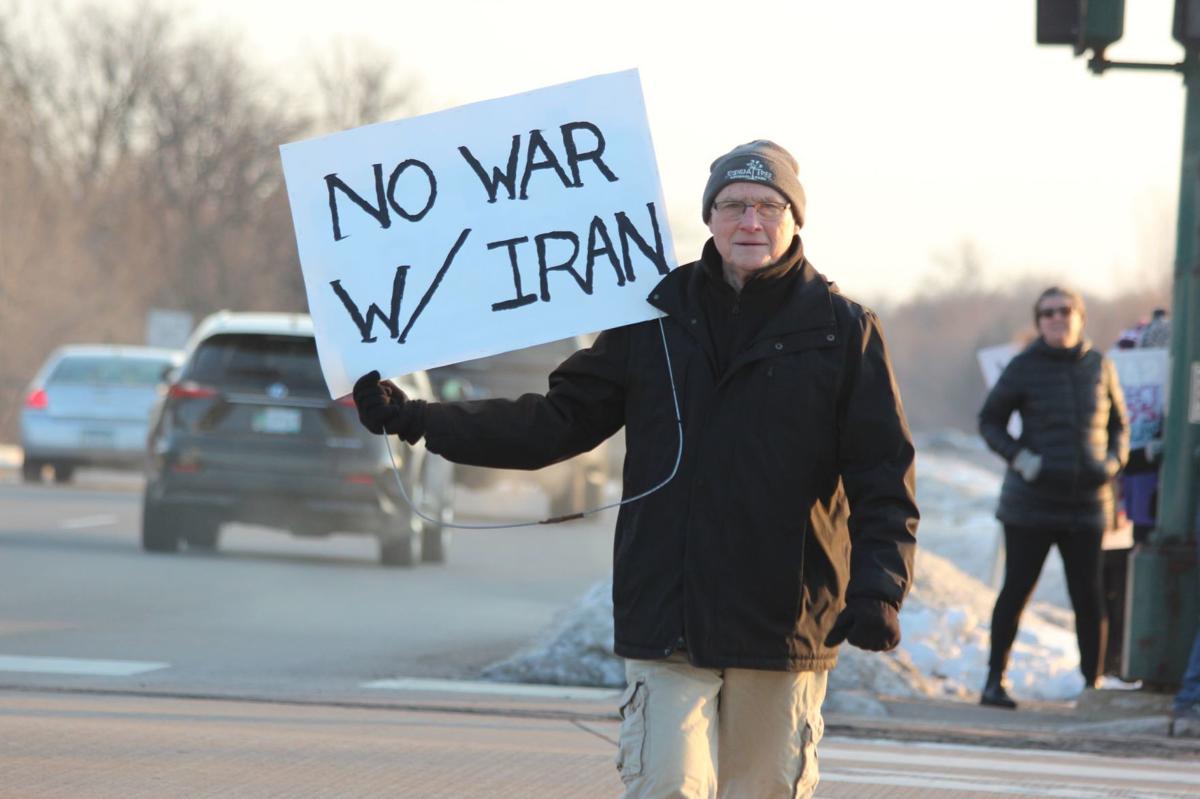 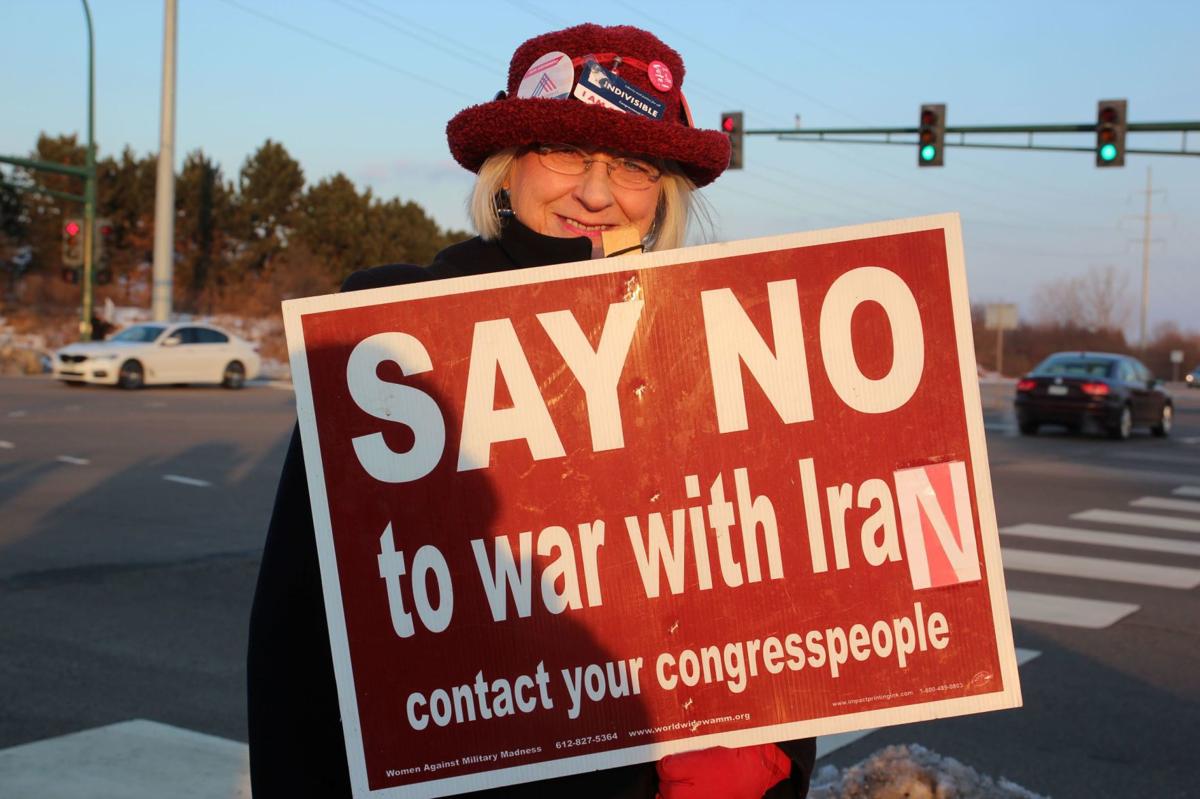 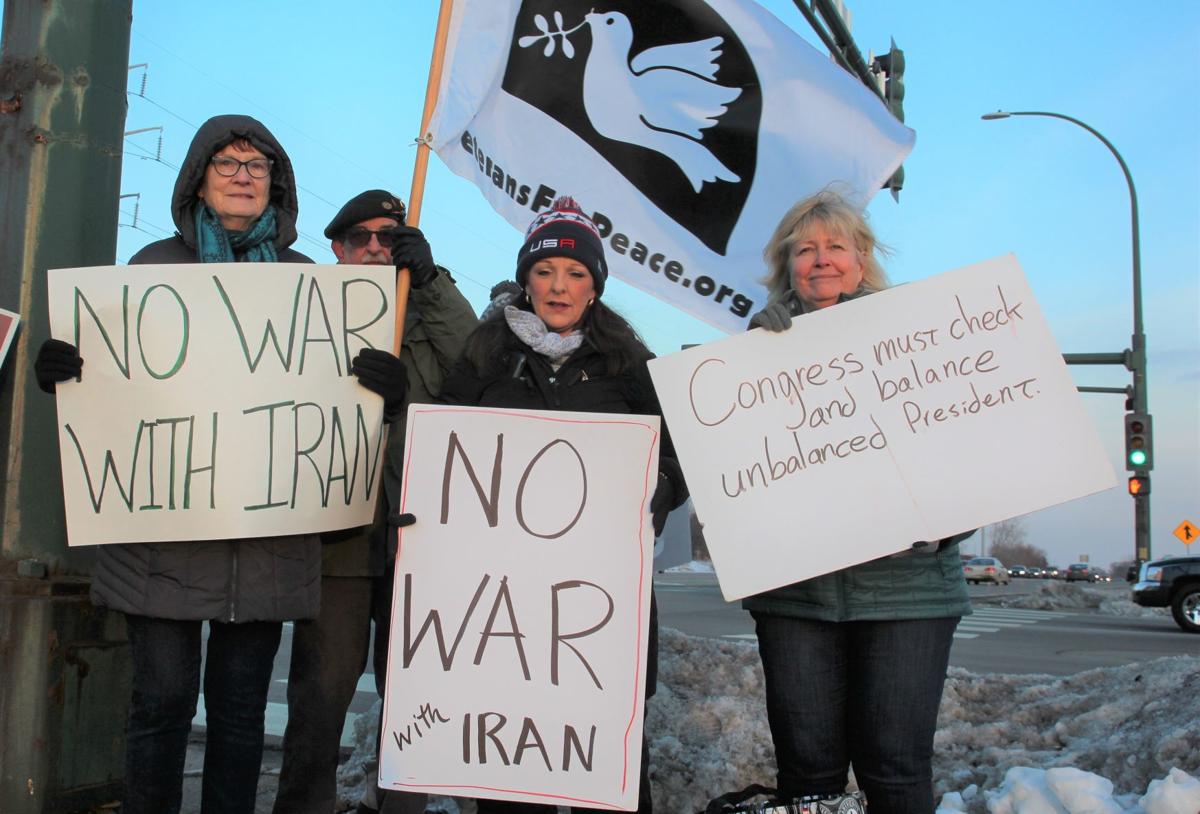 Protesters at the corner of Highway 5 and Dell Road included, from left, Becky and John Varone, of Chanhassen, and Tracy Leggett and Judy Dunbar, of Chaska.

Protesters at the corner of Highway 5 and Dell Road included, from left, Becky and John Varone, of Chanhassen, and Tracy Leggett and Judy Dunbar, of Chaska.

Last week, local citizens from Chanhassen, Chaska, Eden Prairie and Minnetonka representing Chanhassen and Southwest Metro Indivisible chapters, staged a "No War Protest" Jan. 9 during rush hour at the corner of Highway 5 and Dell Road, on the Chanhassen/Eden Prairie border.

Approximately a dozen area residents showed up with a variety of signs, and an American flag.

"It's preposterous even thinking of another war," Voorhees said. "War serves no purpose."

Marie Esch of Chaska brought a sign she made for a similar protest in 2003 before the Iraq War. "The only thing I had to change was the letter 'Q' to 'N,' she pointed out on her 'Say No to War with Iran,' sign.

John Varone of Chanhassen brought his Veterans for Peace flag. When a man in a pickup truck, stopped for the light, rolled down the window and yelled, "Don't you love your country?" Varone, wearing his Army jacket shouted back, "I know. I've been there!"

There are more than 6,000 Indivisible groups nationwide. According to Becky Varone of Chanhassen, Indivisible Chanhassen is a non-partisan group dedicated to positive, progressive action to make people’s lives better and to create a more sustainable, equitable, and inclusive world. "We seek to bring people together and inform, inspire, and empower members to take action," Varone said.

In a Jan. 3 statement, President Donald Trump said: "Soleimani has been perpetrating acts of terror to destabilize the Middle East for the last 20 years. What the United States did yesterday should have been done long ago. A lot of lives would have been saved. ... We took action last night to stop a war. We did not take action to start a war."