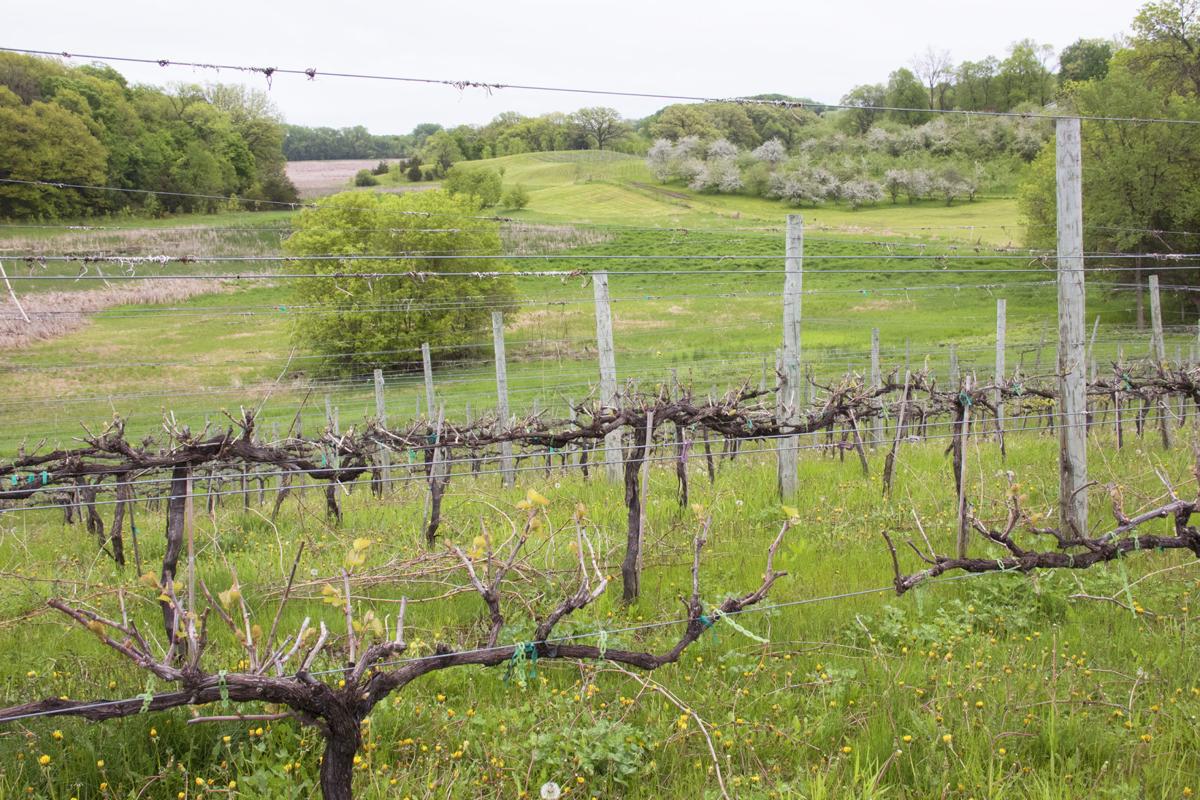 The winery overlooks Parley Lake and has five acres of grapevines and 15 acres of apple trees. The winery is just a 15-minute drive from the University of Minnesota Landscape Arboretum. 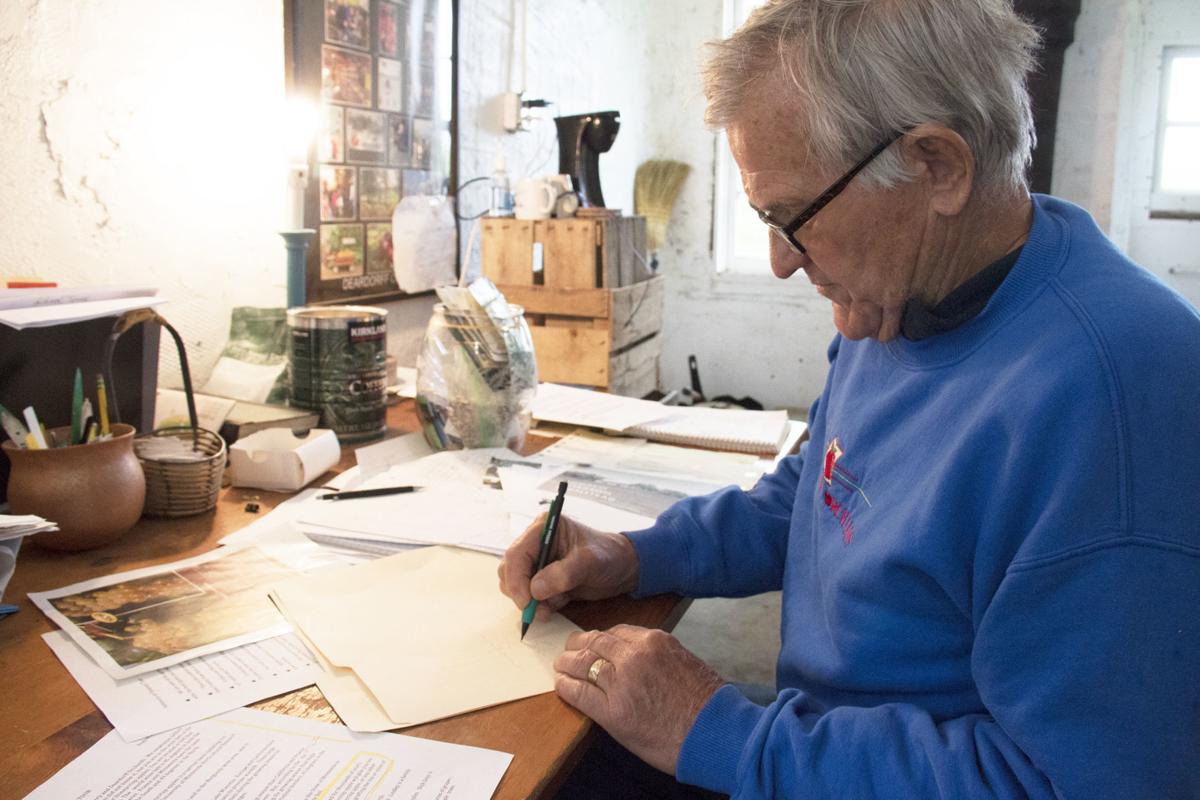 Parley Lake Winery Co-Owner Lin Deardorff draws how grapevines used to have to be buried during the winter. Thanks to engineering from the University of Minnesota, hardier grapes survive the season and provide a flavor particular to the state. 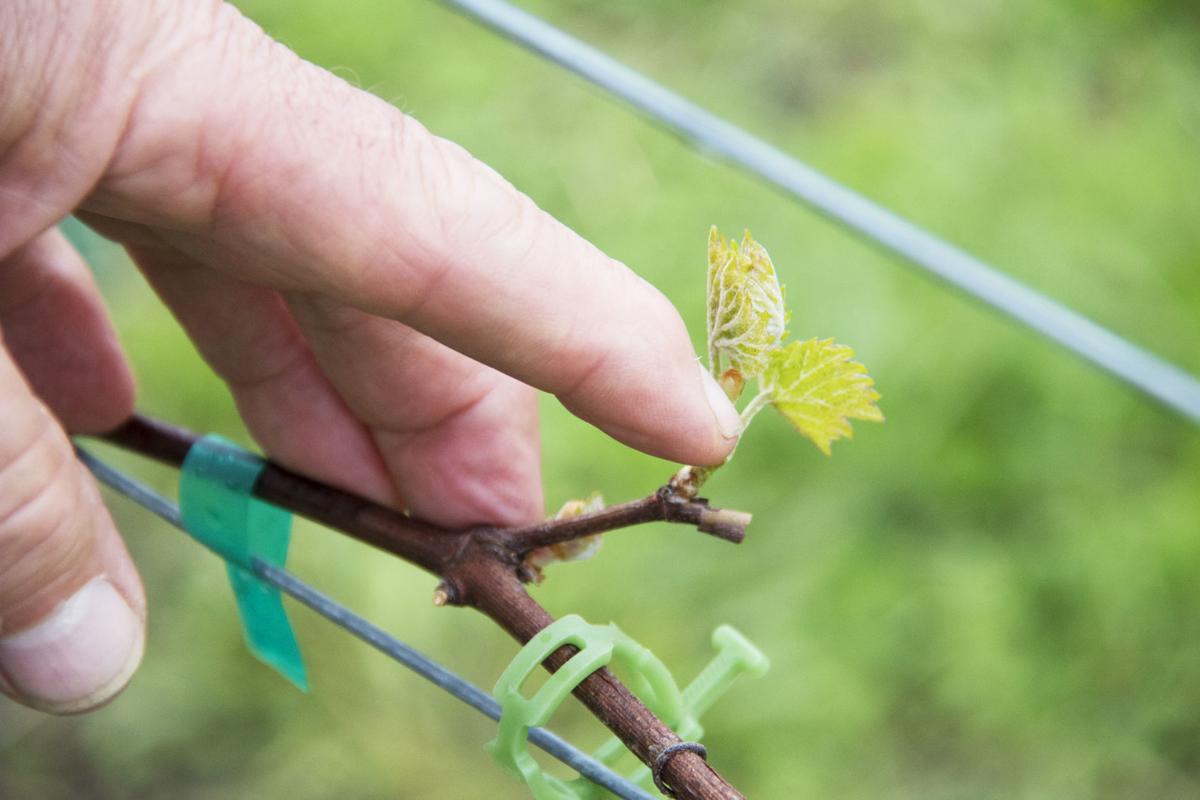 Deardorff shows three buds, two of which are dormant. In late May, growing season had begun at the winery, which also had its season opening to visitors on May 25.

“You probably don’t know it yet,” he tells the groups, “but you’re in the wine belt of the world.”

Minnesota shares the same latitudinal zones with France, at 43 and 49 degrees. The state also has rich, dark Lester soil for its budding vineyards.

The main difference is in the water bodies. While other wine-growing countries have oceans and seas to moderate the growing season, this winery has Parley Lake, Lundsten Lake and Lake Waconia. Minnesota’s grape-growing season is three weeks shorter due to its climate.

Wineries across the state want to convey the message that even if there isn’t an extensive history of winemaking, Minnesotans should be proud of the grapes grown here, and the serious, award-winning products concocted from them.

So, what makes a wine Minnesotan? The key number is 51.

The Farm Winery Act passed in 1980. To secure a farm winery license, the law requires Minnesota wineries to have 51% of their annual production made from Minnesota-grown fruit. Some wineries have argued against the threshold, saying it limits creativity and business growth.

At a federal level, at least 75% of the fruit must be from Minnesota in order to earn the label "Minnesota wine" for sales outside of the state.

The Minnesota Grape Growers Association has long advocated for the percentage. And Parley Lake Winery Co-Owner Steve Zeller would argue Minnesota has ample quality grapes to create its own signature wines without competing against coastal wineries.

“If we’re not going to produce and make a unique, local product, and be proud of that, and be proud of what the University of Minnesota has produced in these grapes,” Zeller said, “then we’re competing, on a commodity basis, with every other chardonnay, merlot and cabernet in the world.”

Zeller says the 51% rule lays down a base of transparency in Minnesota wineries.

“When you say ‘I am a Minnesota winery,’ that doesn’t mean you bring in California grapes and make them into a 'Minnesota wine,'” he said.

It takes time to get to know the state’s grapes, he said. Everything from the proper barrels and yeasts to harvesting times are different.

There is one stereotype about Minnesota wines he would like to quash: That wines made here are sickly-sweet combinations of raspberry, rhubarb and apple.

“Past perceptions of Minnesota wine are, I think, more of an issue for us to get over in the general public than what the quality of the current wines are," he said.

Parley Lake Winery is at 8280 Parley Lake Road in Waconia. Its website is parleylakewinery.com.