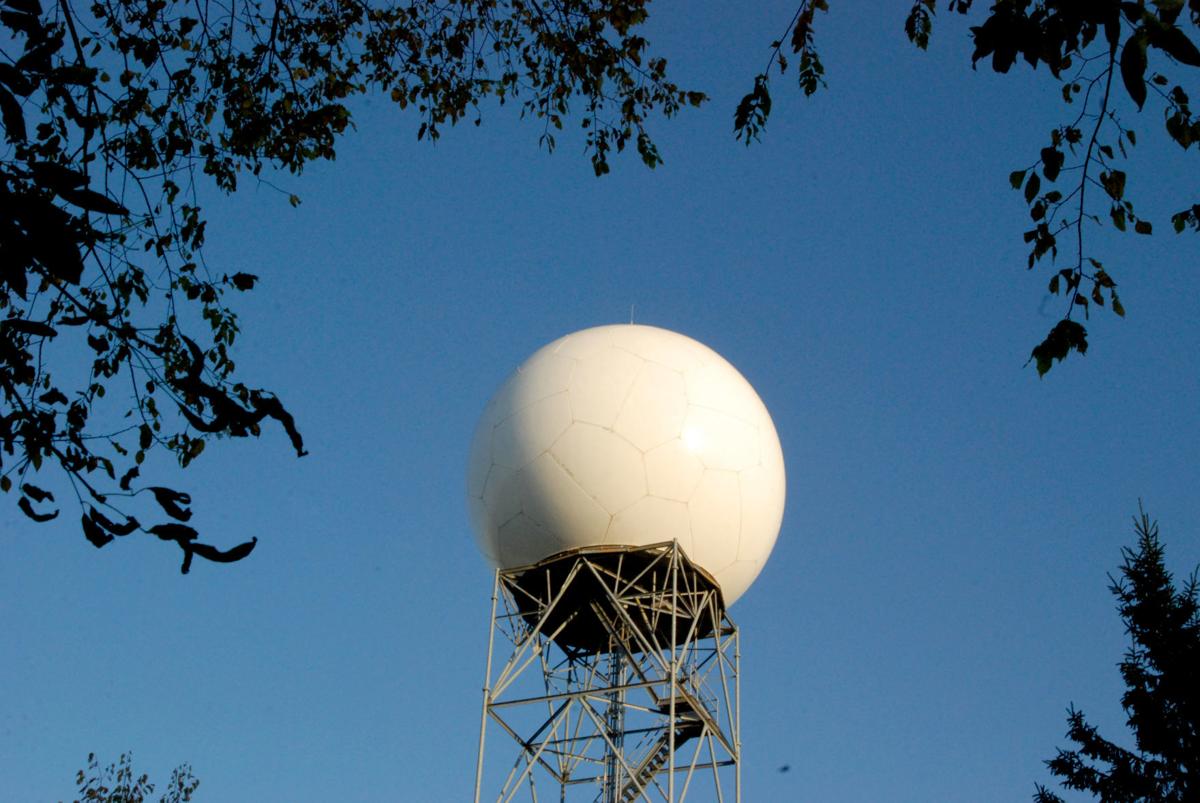 The National Weather Service radar in Chanhassen, commonly known as the “weather ball,” plays an important role in weather forecasting throughout the region. 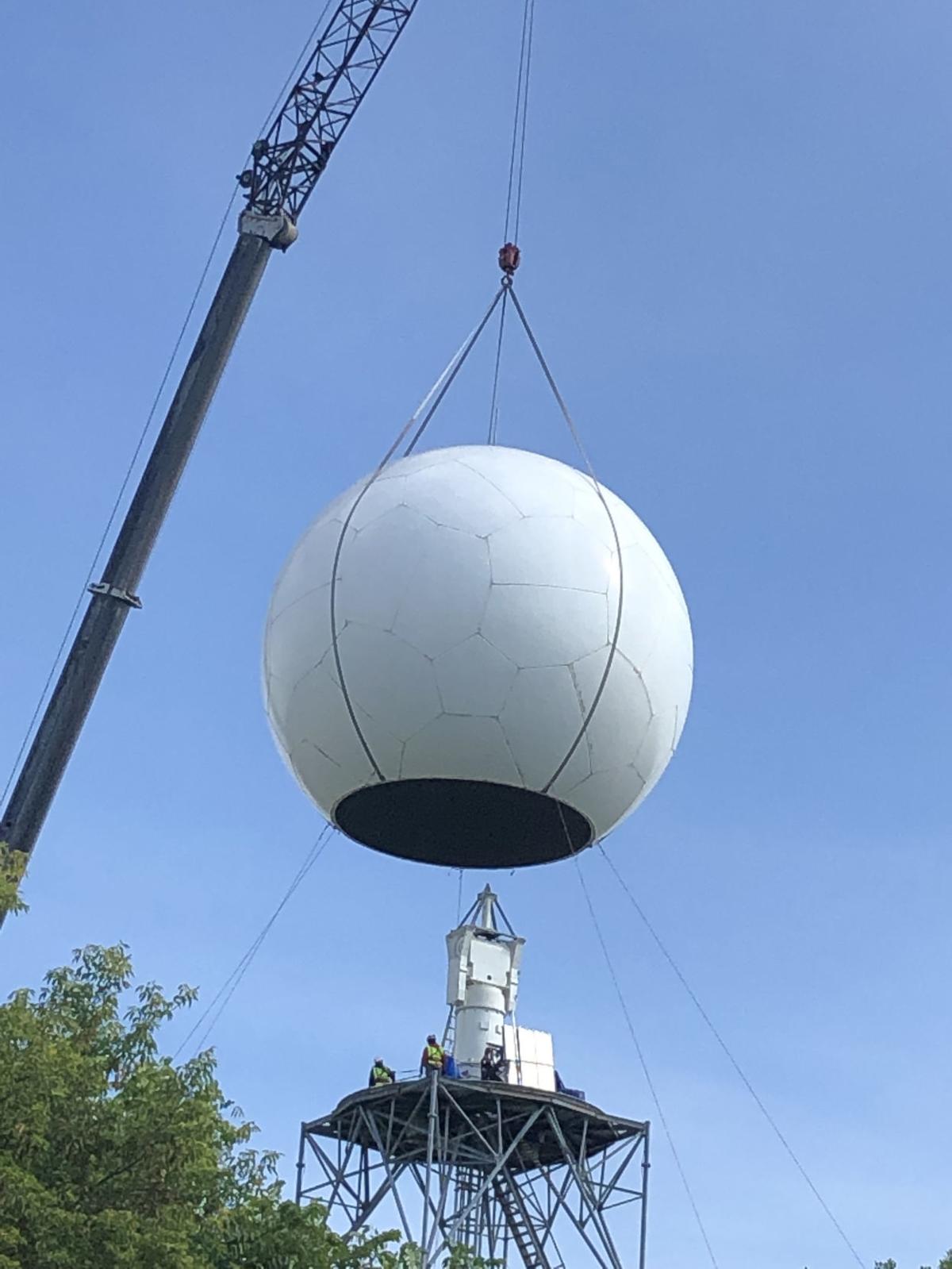 In September, the National Weather Service performed maintenance work on the “weather ball,” replacing the parts that allow the radar to spin and point up and down. 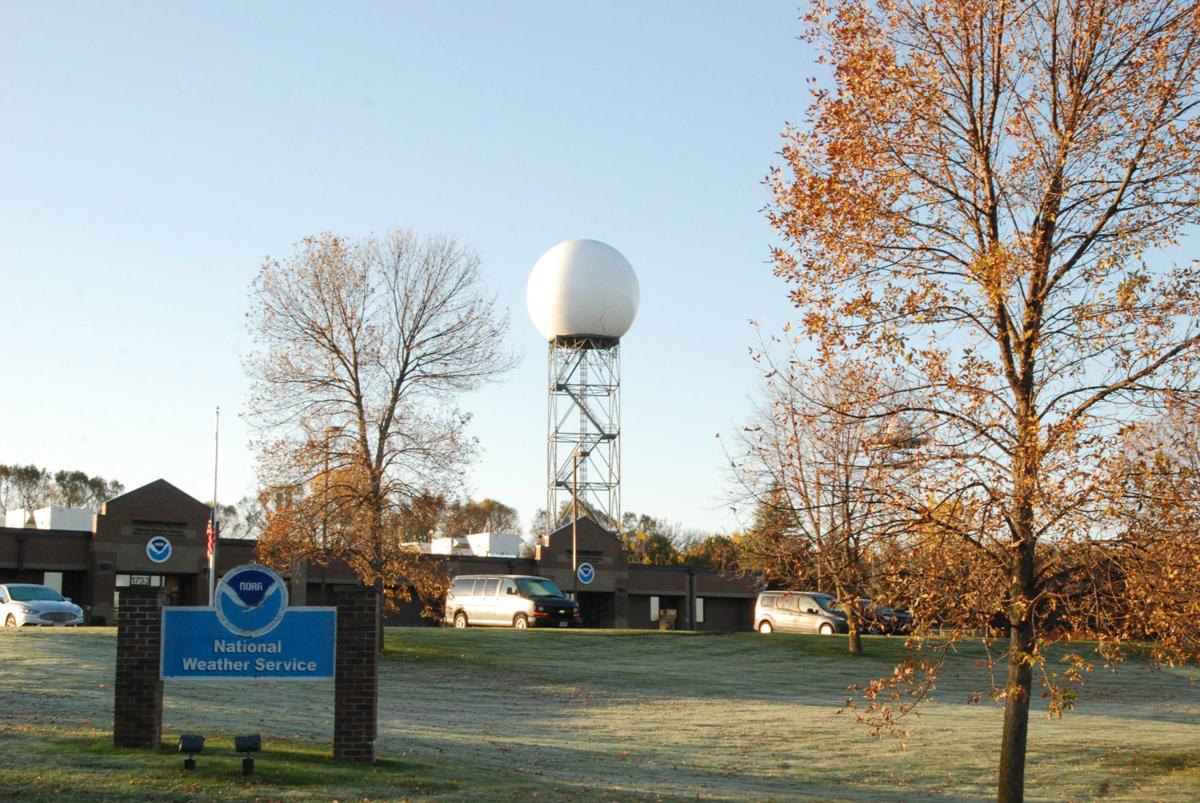 The National Weather Service, located along Lake Drive in Chanhassen. 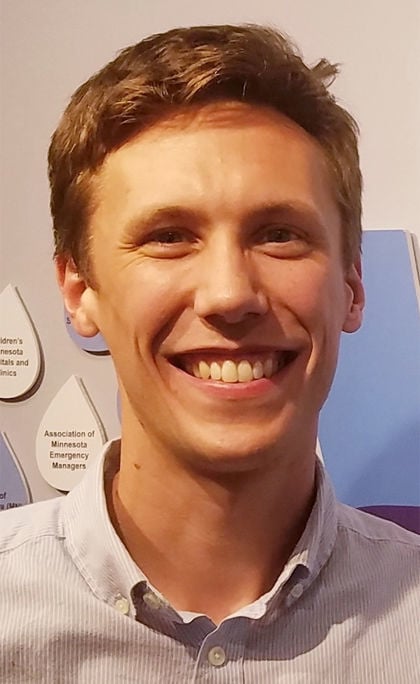 The National Weather Service radar in Chanhassen, commonly known as the “weather ball,” plays an important role in weather forecasting throughout the region.

In September, the National Weather Service performed maintenance work on the “weather ball,” replacing the parts that allow the radar to spin and point up and down.

The National Weather Service, located along Lake Drive in Chanhassen.

It’s an integral piece of government equipment, responsible for gauging rain, snow and tornadoes throughout the region.

“I always thought it would have been cool to paint the Storm logo on the weather ball,” Gerhardt said, of the Chanhassen High School mascot.

Kris Dahl lives in Chanhassen’s Valley Ridge Trail neighborhood, about a football field length from the weather ball. He uses two of the city’s biggest landmarks to help visitors find his home — turn at Prince’s Paisley Park, turn at the weather ball.

In September, he witnessed a rare site — a giant crane lifted the round casing off the stand so workers could perform maintenance on the equipment. He contacted the newspaper with photographs.

So, to learn more about the radar, we contacted Eric Ahasic, a National Weather Service meteorologist and radar expert who works out of the Chanhassen office. He responded to questions via email.

What is the official name of the “weather ball”?

The “weather ball” is officially called a weather radar. More specifically a WSR-88D dual-polarization radar. Even more specifically, a Weather Surveillance Radar, 1988, Doppler which indicates that the radars became operational in 1988 and have Doppler wind retrieval capabilities.

What have you heard people call it?

We’ve heard it referred to as the golf ball tower before, in addition to the weather ball. Spaceship gets thrown around as well.

What do you call it around the office?

We just call it the radar.

What equipment is inside?

Inside is a large dish, similar to a TV satellite dish, that is constantly rotating while sending out and retrieving signals. The dish has a diameter of 30 feet.

What does the equipment in the ball detect?

Who uses this information?

Anyone who has ever looked at a radar image is using our information. Whenever you view radar online, on a smartphone, or on TV, that data is coming from our radar here in Chanhassen.

What would life be like if we didn’t have the radar?

Radar is the most useful tool we have to monitor all modes of precipitation, ranging from severe thunderstorms with tornadoes to light snow and drizzle. By using the dual-polarization and Doppler radar capabilities of our radar, we are able to see signatures of tornadoes forming sometimes half an hour or more before they actually touch down.

The number of casualties from tornadoes would certainly increase, as lead time on our warnings would drop. Our radar is essential during heavy rain and flooding events, as well as we can estimate how much rain is falling in areas where we have no measurements of rainfall.

How did the radar come into play during the recent snowfall in the Dakotas and Minnesota?

The radar lets us identify areas where it is snowing vs. raining, and where the snow is the heaviest. We are able to adjust our winter weather warnings and advisories in real time based on this data.

However, one limitation of radar is that the “beam” of energy is always getting higher above the surface as it gets farther away from Chanhassen due to the curvature of the Earth.

Since snow comes from clouds that are much shallower than your typical tall summertime thunderstorm, the radar beam will sometimes overshoot the top of the snow in portions of our area (especially across portions of western Minnesota). We rely heavily on surface observations and observations from weather spotters in these areas, as the snow will be “invisible” to the radar if it overshoots the top of the clouds.

How many times does the radar spin around per minute?

We are able to operate the radar in different modes depending on what type of weather we are expecting. We spin it the fastest during severe weather, as we want the most frequent updates as possible. In its fastest mode, the radar can complete a complete turn in 30 seconds. However, the radar has to perform a separate scan to measure the precipitation intensity and another to detect the winds, so the fastest we can currently get data is every 1 minute.

Does it ever stop?

No. Even if we lose power to our building, the radar has a backup generator that will keep it running. However, we routinely take the radar down for brief periods in order to perform scheduled routine maintenance. We always schedule this routine maintenance during periods of quiet weather.

Occasionally, the radar undergoes larger maintenance projects which are scheduled well in advance (rain or shine) to fit in with similar repairs on other radars across the country.

What work was recently done on the radar?

We recently replaced the pedestal unit on our radar in September, as part of the Service Life Extension Program (SLEP) performed on all of the radars across the nation.

The radar pedestal unit is the mechanical parts that allows the radar dish to spin and point up and down. The four SLEP projects are necessary to repair and update outdated parts of our radar (installed in 1995) in order to ensure its operation well into the 2030s.

How often does the ball need to be maintained?

The radome itself is pretty low maintenance, usually only needing a new coat of paint every few years. We perform routine maintenance on the radar itself regularly such as changing the oil to ensure the radar spins smoothly, and calibrating the antenna/dish/transmitter to keep the data quality high.

Does the cold weather ever impact its operation?

No, while it gets cold here in Minnesota, we have weather radars in Alaska that have operated in temperatures well below -40 F.

Why is it in the shape of a ball?

The ball is the protective covering, called a radome, that protects the spinning radar dish. The round shape is most effective at deflecting wind and hail from impacting the radar, as well as prevent any interference from the radome degrading the radar data.

How tall is the entire structure?

The radar is around 150 feet tall to the top of the radome. NWS radars are commonly placed on tall towers to ensure the beam stays above nearby trees/hills/etc.

What is the diameter of the ball?

The dome is 39 feet in diameter.

What is the exterior of the ball made out of?

The radome needs to be made of a strong, but light, material that will not interfere with the signals coming in and out of the radar. Our radome is made out of fiberglass, and is designed to stand winds up to 150 mph.

What does the entire structure/equipment cost?

How many of these are there across the United States?

There are 159 NWS WSR-88D radars across the U.S. and its territories.

Where is the next closest radar?

The next closest NWS radar is the one in LaCrosse, Wisconsin, 137 miles away. Neighboring NWS radars are also located in Duluth; Grand Forks, North Dakota; Aberdeen, South Dakota; Sioux Falls, South Dakota; and Des Moines, Iowa. In addition to the NWS radars, the FAA operates a smaller radar in Woodbury, Minnesota, to provide coverage for the MSP Airport vicinity. We are able to use data from this radar as well in our operations.

Well I can remember the date exactly when I first was interested in weather, April 19, 1996. I was all of 6 years old and a tornado narrowly missed our house in Illinois, one of 39 tornadoes that day across the state. I became fascinated with tornadoes after seeing the damage and news coverage after that event (the movie “Twister” coming out a month later in May certainly didn’t hurt either). In order to learn about tornadoes, you have to learn about radar, so that is where my interest started.

As I went through college, I discovered all of the other ways radar is used to detect and predict different weather phenomena, including doing some research on using radar to study lake-effect snow.

After graduating, I spent a spring researching tornadoes with smaller mobile radars attached to the back of semi-trucks, called Doppler on Wheels. Our goal was basically to get as close to possible to tornadoes in order to study them, as fun as it gets for a weather-nerd like myself.

There really is no “average” day, but as a meteorologist the main part of my job is forecasting the weather for our county warning area — covering most of the southern half of Minnesota and west-central Wisconsin. This includes a standard seven-day forecast but also aviation forecasts for seven airports across our area, including MSP International. During hazardous weather in all seasons, our office is also responsible for issuing watches, warnings, and advisories in order to protect life and property.

Our office also provides decision support services to many large events going on throughout the year across our county warning area. From small community events to the Super Bowl and Minnesota State Fair, we assist the organizers of these events who request our support by providing daily weather briefings and notification of hazardous weather approaching the event so they can ensure the safety of those attending.

I’d like to promote NOAA’s Weather-Ready Nation Ambassadors initiative, where we partner with businesses and organizations in our communities to promote and spread weather safety and preparedness information. If you would like to work with us to help make your community more resilient to potential weather disasters, check out the initiative’s website at weather.gov/wrn, or email us for more information at nws.twincities@noaa.gov.

"We’ve heard it referred to as the golf ball tower before, in addition to the weather ball. Spaceship gets thrown around as well."