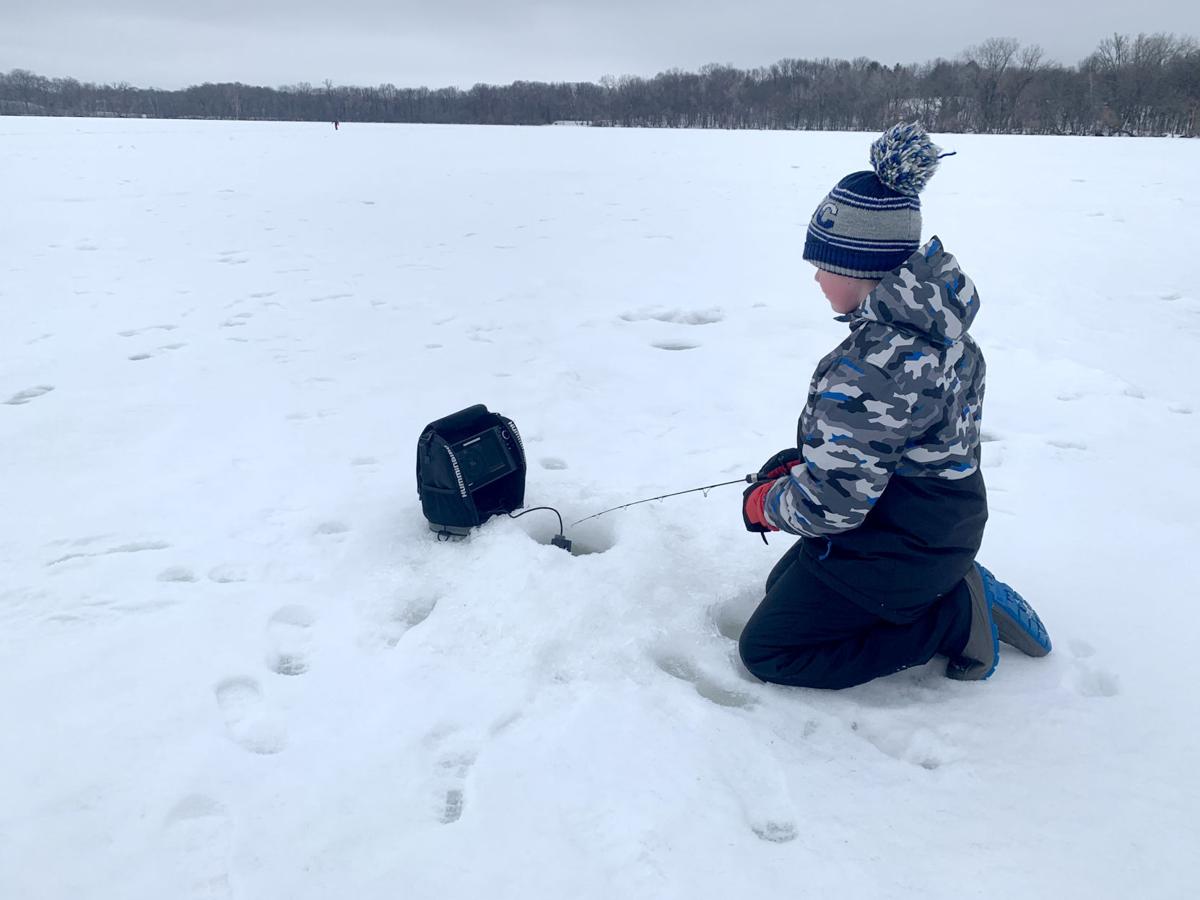 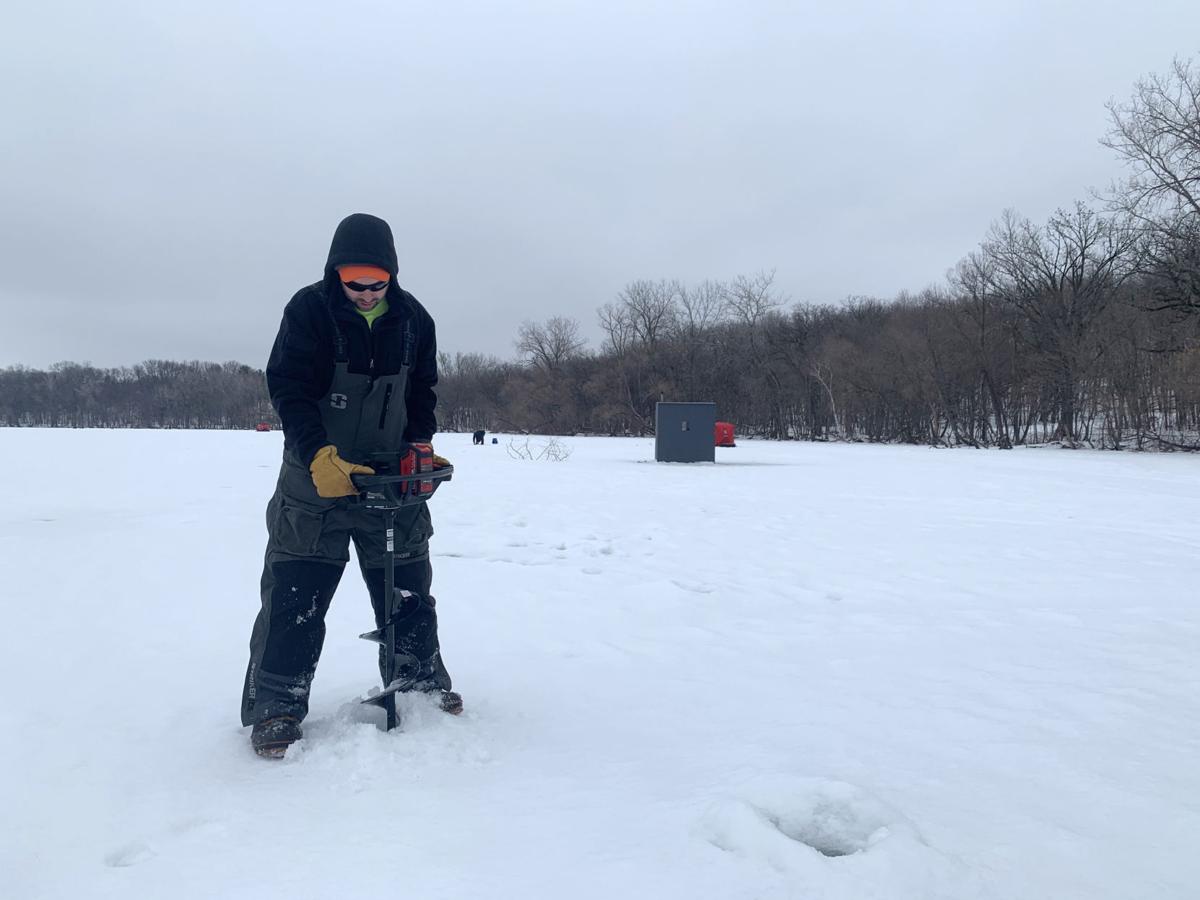 In the middle of frozen Lake Ann in Chanhassen, Mike and William Schrupp get ready for action.

Equipped with auger in-hand, Mike goes around drilling gopher-like holes in the lake, with his son William standing right behind with a fishing pole at the ready. As William crouches down, dropping his line in the five-inch wide hole, his dad looks over his shoulder.

“There’s one down there, get him,” Mike said to William. “Ooh, he bit it right?”

For someone who has ice fished most of his life, Mike now enjoys mentoring William and seeing him succeed.

“For me, it is the fish that other people catch that I remember, not so much myself,” Mike said.

Ever since the spring of last year, angling has skyrocketed in popularity. Daryl Ellison, west metro area fisheries supervisor, has seen evidence of that, particularly in trout streams where new anglers have decided to take up the pastime.

“We started seeing the fishing craze in April,” Ellison said.

He also says there is no coincidence that this fishing surge started when the pandemic shut everything down.

“This pandemic has been something that doesn’t come around very often,” he said. “It shows the importance of getting outside with nature.”

As far as the ice fishing season goes, Ellison said he’s seen just as much activity on lakes as the summer, although colder temperatures will be needed to ensure the water will remain comfortably frozen. “We need more cold weather to produce some deep ice … have to see what the temperatures do.”

Off the lake, the fishing season has been just as crazy.

Bait and tackle shops have been hard-pressed to meet the demands of items that fly off shelves, like wax worms, shiners, and propane tanks.

Prior Lake Bait and Tackle is no exception.

Levi Doering is a sales employee at the store and anticipates this fishing enthusiasm to continue past the winter.

“I think the fishing craze will go until open water season,” Doering said.

Originally from Wisconsin, the 17-year-old Doering has been fishing since he was 3-years-old and knows the sport like the back of his hand. He said he has never seen demand for fishing equipment like there is right now.

The best part of the job, he said, is to advise new anglers on the right equipment to get started.

“It is fun to help people get into the sport of fishing,” he said.

Mike Schrupp gets to experience first-hand the joy of mentoring young fishing enthusiasts. Over New Year’s weekend, Mike got to see William catch a 20-inch walleye all by himself, and his daughter catch a 30-inch northern.

Regardless of the hassle the pandemic has caused, as long as there is ice on a lake, the Schrupps will be out there, continuing to make memories.

“I enjoy eating fish, but that’s a relatively small part of it,” Mike said. “It is more the fun of trying to find them and catch them and show other people how to do it.”