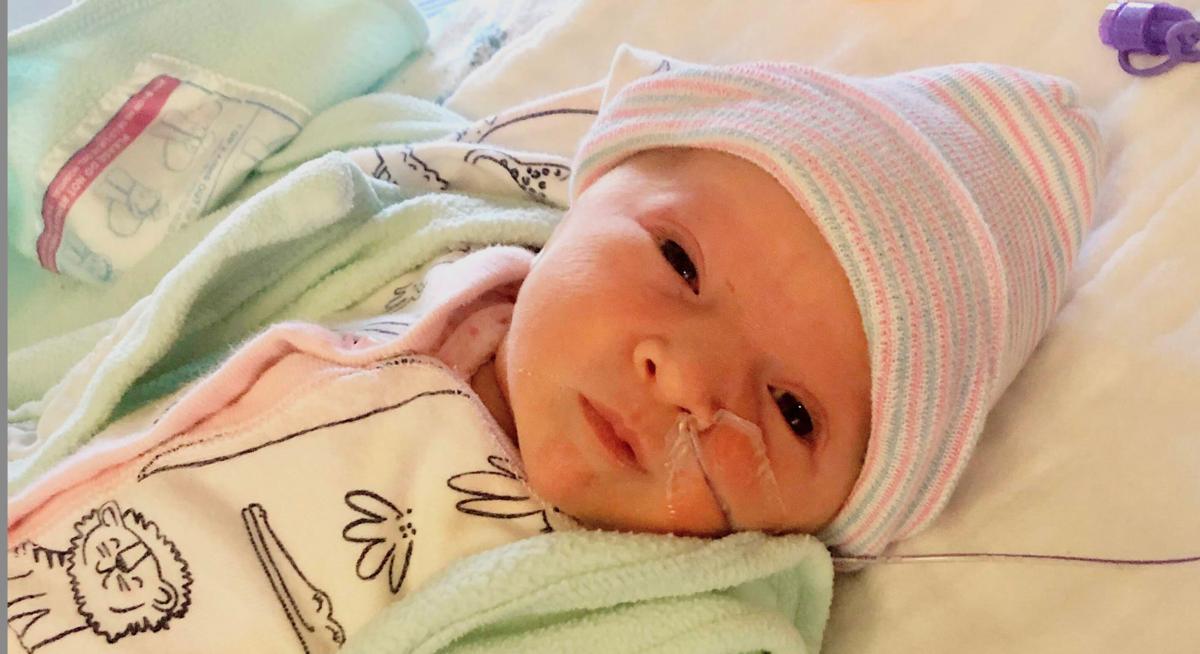 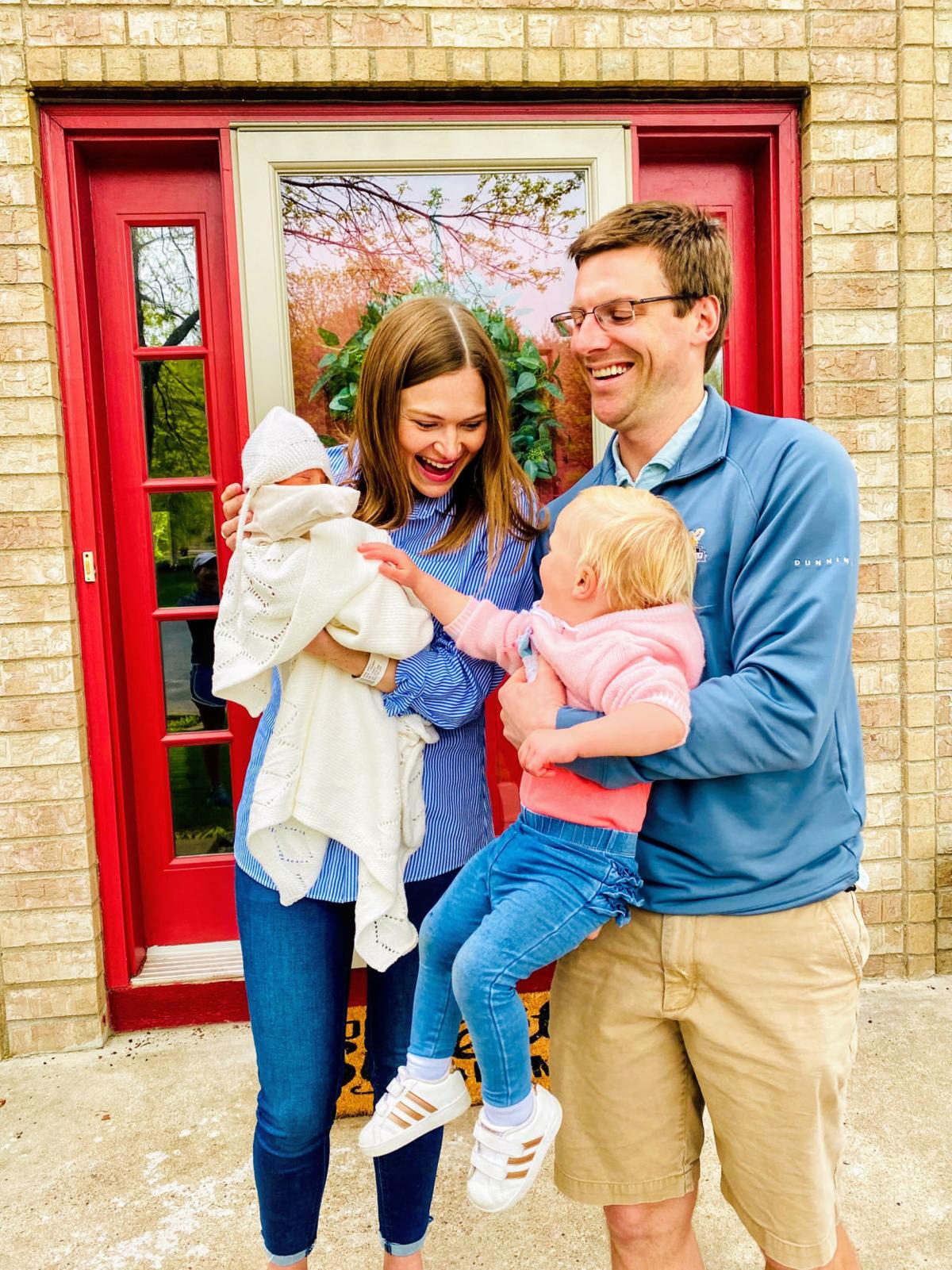 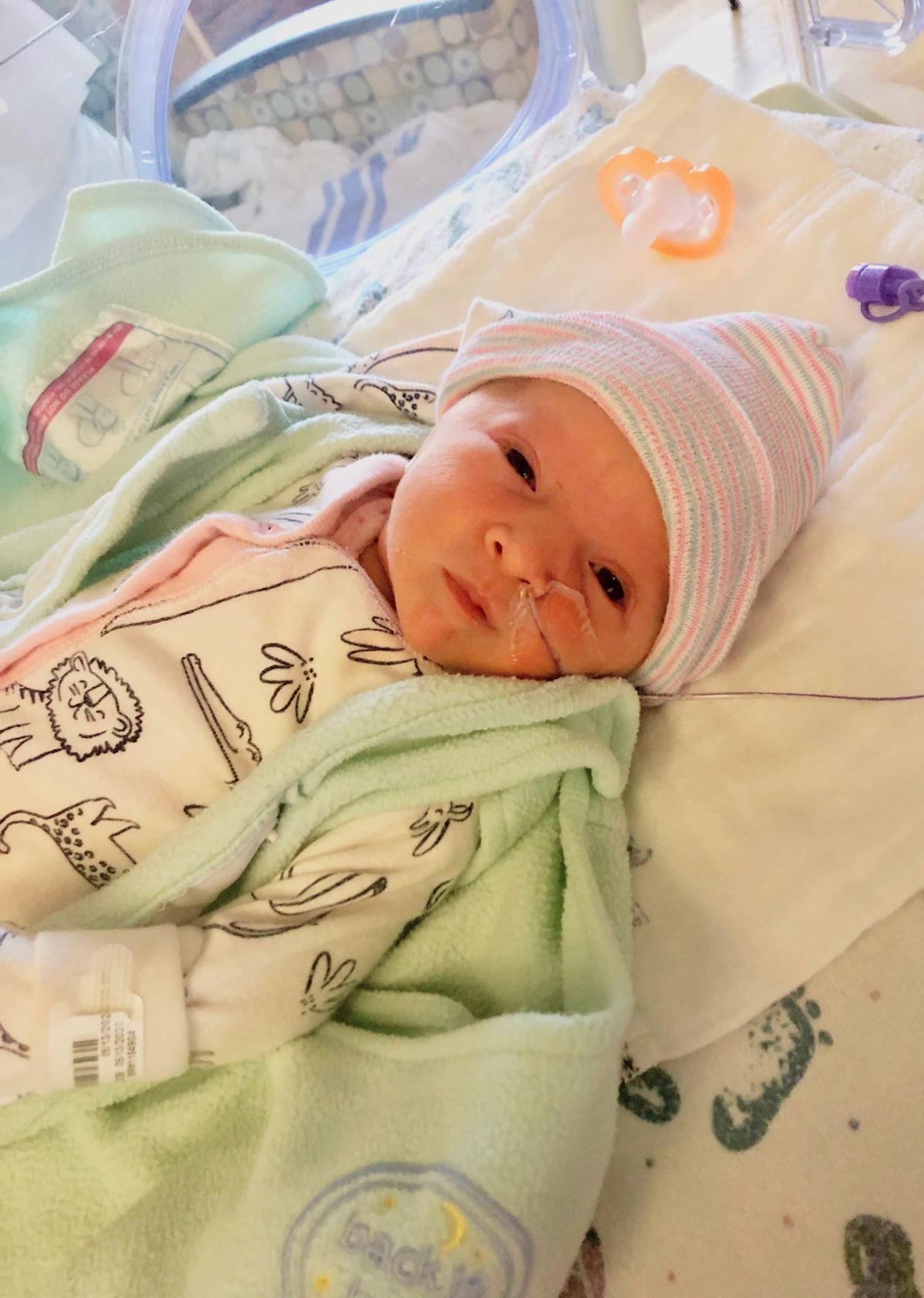 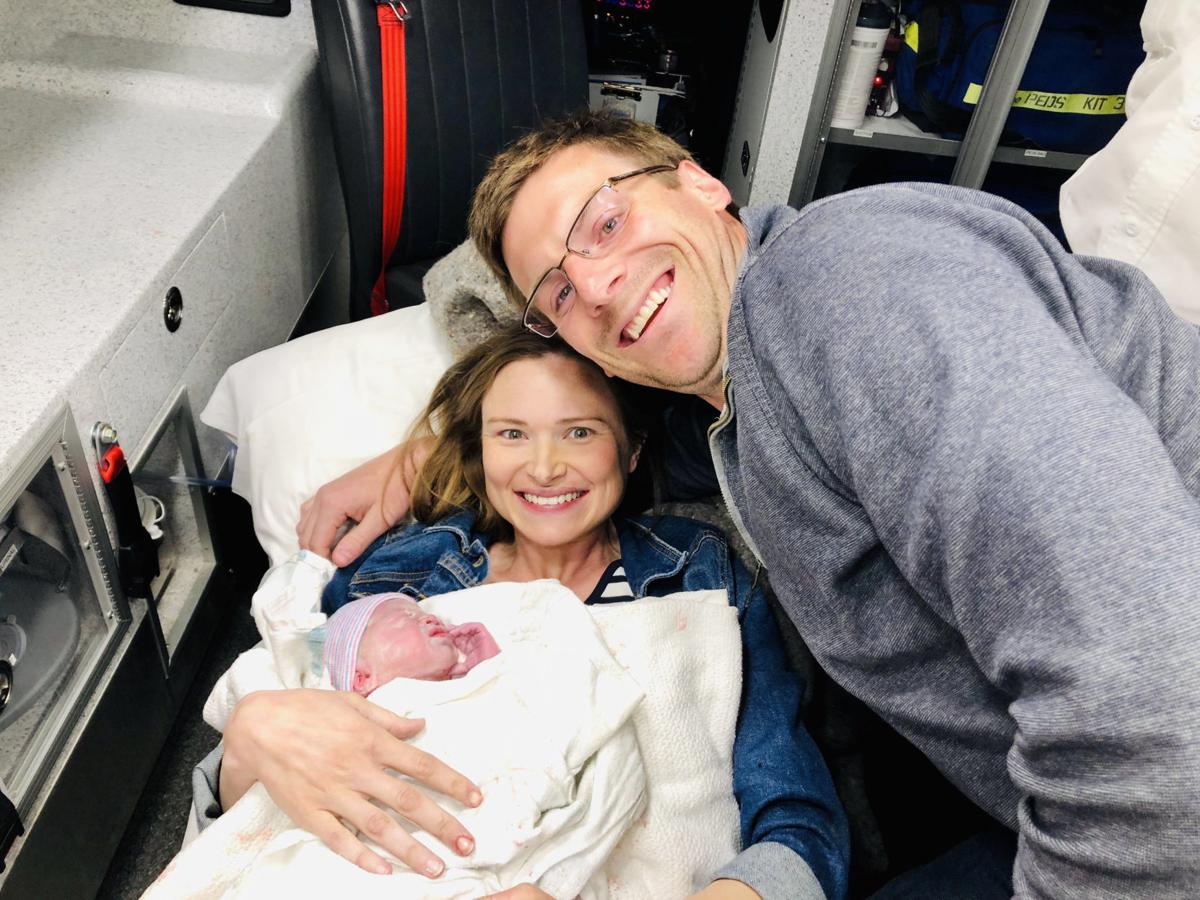 Sarah and Alex Zeman, like most parents, believe there may be great things in store for their newborn baby.

Given how and where she was born, they may be right.

“We feel that if you are born about a month early on the side of the road in a pandemic, you must be destined for greatness,” Sarah said, less than 48 hours after Poppy was born at the intersection of Galpin Boulevard and Lake Lucy Road.

“Yes, it was quite romantic to deliver a baby under the stars with just my wife and two daughters,” Alex said with a laugh. “It was pretty, pretty romantic.”

Poppy Elaine, due June 9, was officially born 2:10 a.m. Wednesday, May 13, weighing in at 5 pounds, 5 ounces, and with a length of 18.5 inches. She went home Saturday from the hospital in Waconia.

“We are all doing extremely well given what we went through,” Sarah said. “It certainly is going to be a great story to tell as the years go on.”

Sarah, 32, had been having contractions throughout the day on Tuesday and had seen a doctor that day as well.

“I was hoping to get a few more days; or maybe even a week or more,” she said. “I went to bed and had a normal night, and just after Alex had gotten to bed after being up late working, my water broke.”

The Chanhassen couple’s plan was to drop their daughter, Charlotte, off at Alex’s parents’ home in Wayzata before continuing on to a Maple Grove hospital for delivery.

“I was thinking, perfect, we’ll get to the hospital, I’ll have my epidural and we’ll probably have the baby by mid-morning or so,” Sarah said. “Was I wrong!”

“She wasn’t feeling that well and had to get out,” he said. “The next thing you know, I’m under center.”

Sarah was in great pain, so Alex made the 911 call.

“I was sitting there like, to me, forever,” Sarah recalled.

“Before paramedics arrived, there were firefighters and others there, but they sort of wanted to stay out of the way; but I was ready to go,” Alex said. “Charlotte was right there, screaming, ‘Da, da, da, da, da.’ It was quite the scene. There were so many vehicles there that it just lit of the whole neighborhood.”

The baby’s head was out before Ridgeview Medical Center paramedics arrived. About three minutes later, Poppy was delivered. The family did not know the gender ahead of time.

“We have to give a shout out to those paramedics,” Sarah said, quickly adding: “The baby was half born and my husband was right there coaching me through it. He was an absolute hero.”

Alex’s parents, Mike and Elissa Zeman, got to the delivery scene a few minutes after Poppy was born and took Charlotte, who turns 2 in early August, with them.

Sarah and Poppy were transported to Ridgeview Medical Center in Waconia.

“Poppy was one of the names we had kind of kicked around but we had other ones picked out,” Sarah said. “But the way the baby was moving around, being feisty and kind of stubborn, those other names just didn’t seem to fit. Poppy does, and I love the combination of Charlotte and Poppy.”

Poppy is considered a girl’s name of Latin origin meaning “red flower,” and is associated with someone with lots of spunk.

Alex, 32, an IT recruiter by career, who said he has no medical training, added: “Once is enough.”

“When we moved to Chanhassen three years ago, we loved the idea of Chan being a small town, yet so connected to the big city,” Sarah said. “It’s a place where you can still see the stars, but I didn’t think I’d be enjoying them while giving birth on the side of the road.”

Sarah has a plan if she has another pregnancy.

“My labor with Charlotte was pretty long and I had an epidural in the hospital; quite a different experience than this one,” she said. “If we have another one, we’ll probably get a hotel room by the hospital a few weeks ahead of time.”