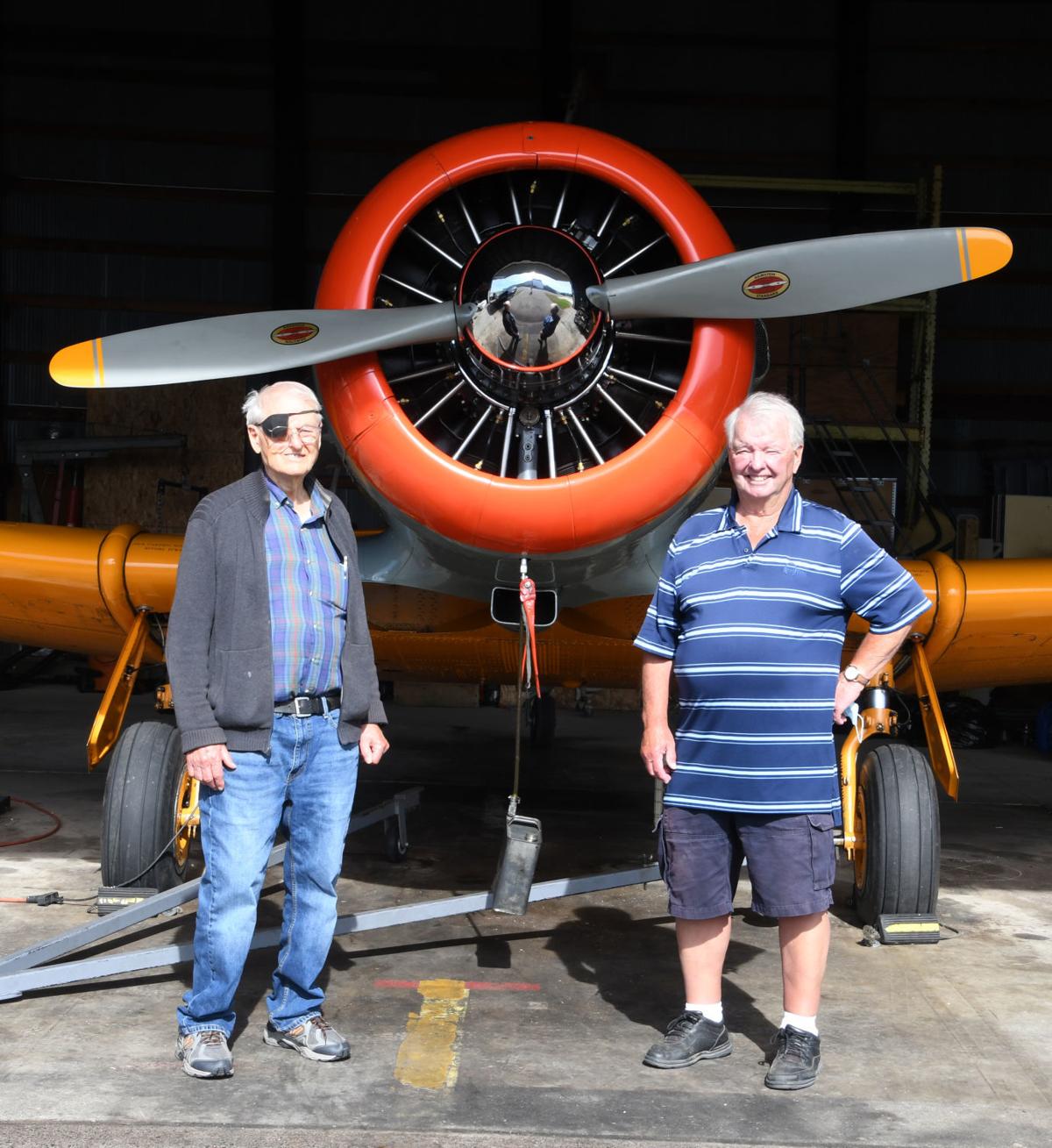 Chanhassen rotarian Peter Pemrick and pilot Bruce Olson stand in front of the T-6 aircraft “Popeye” at Flying Cloud Airport in Eden Prairie. Olson will be among the T-6 Thunder pilots flying over Chanhassen on the Fourth of July. 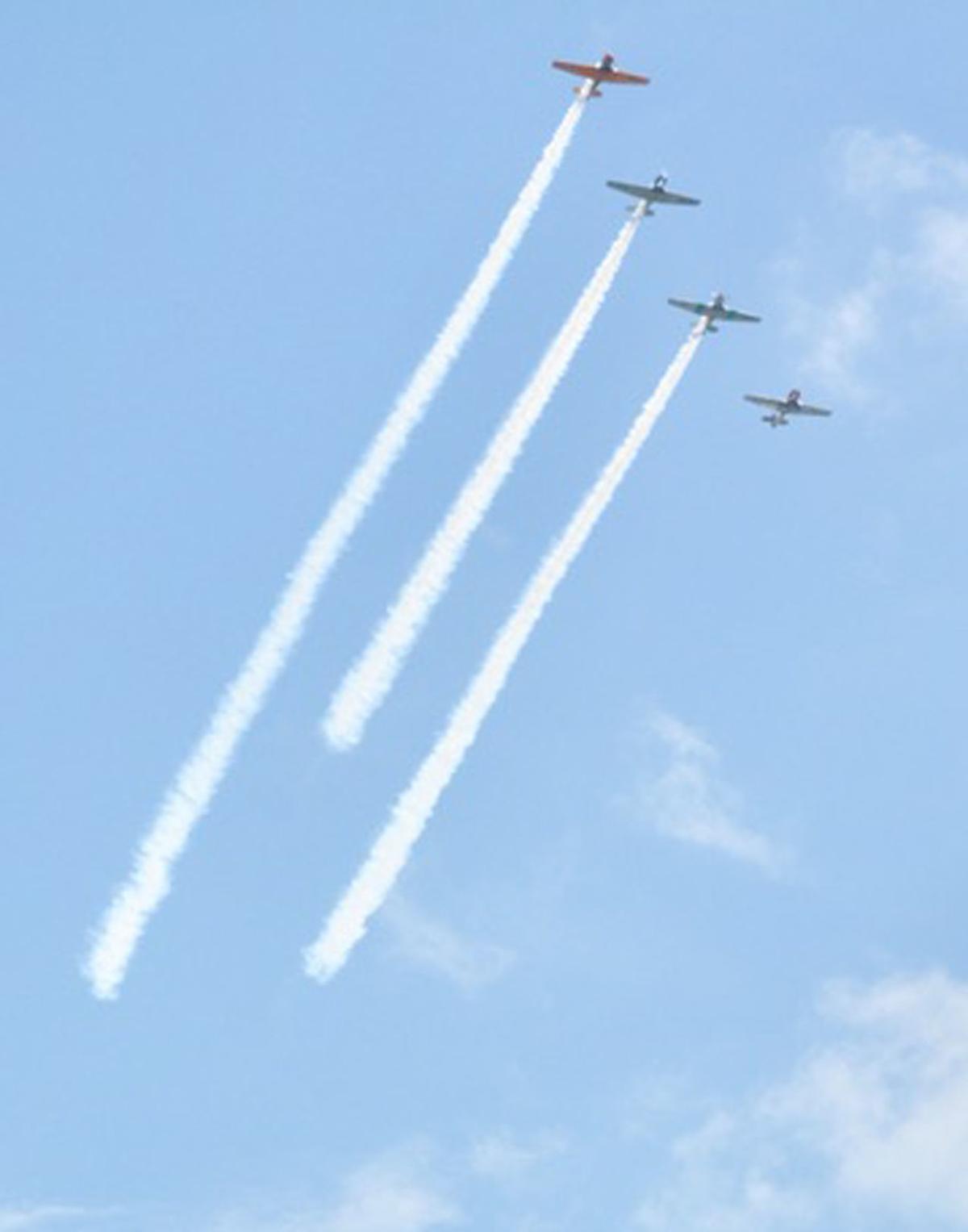 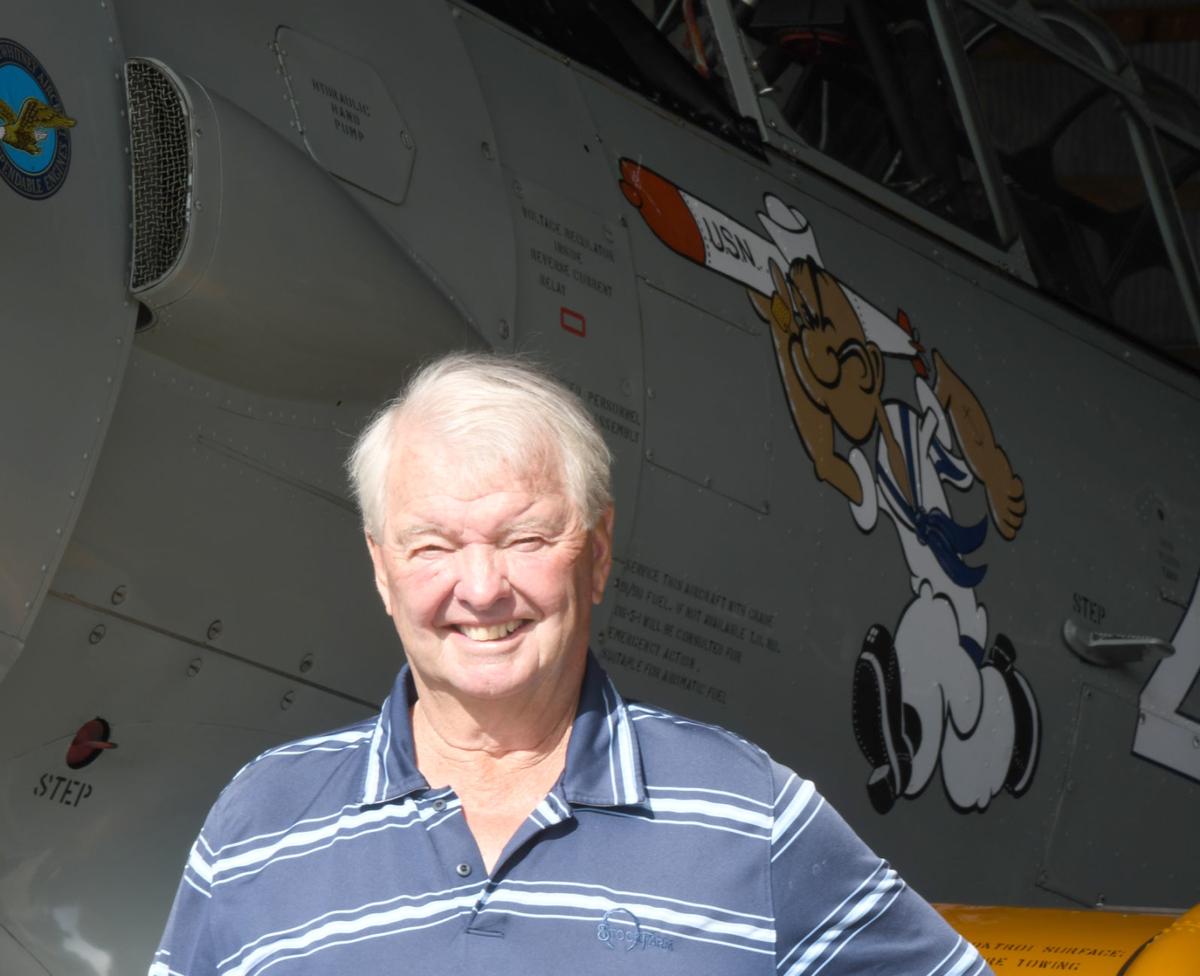 Pilot Bruce Olson stands in front “Popeye,” a T-6 he’ll be flying over Chanhassen on the Fourth of July with the T-6 Thunder. 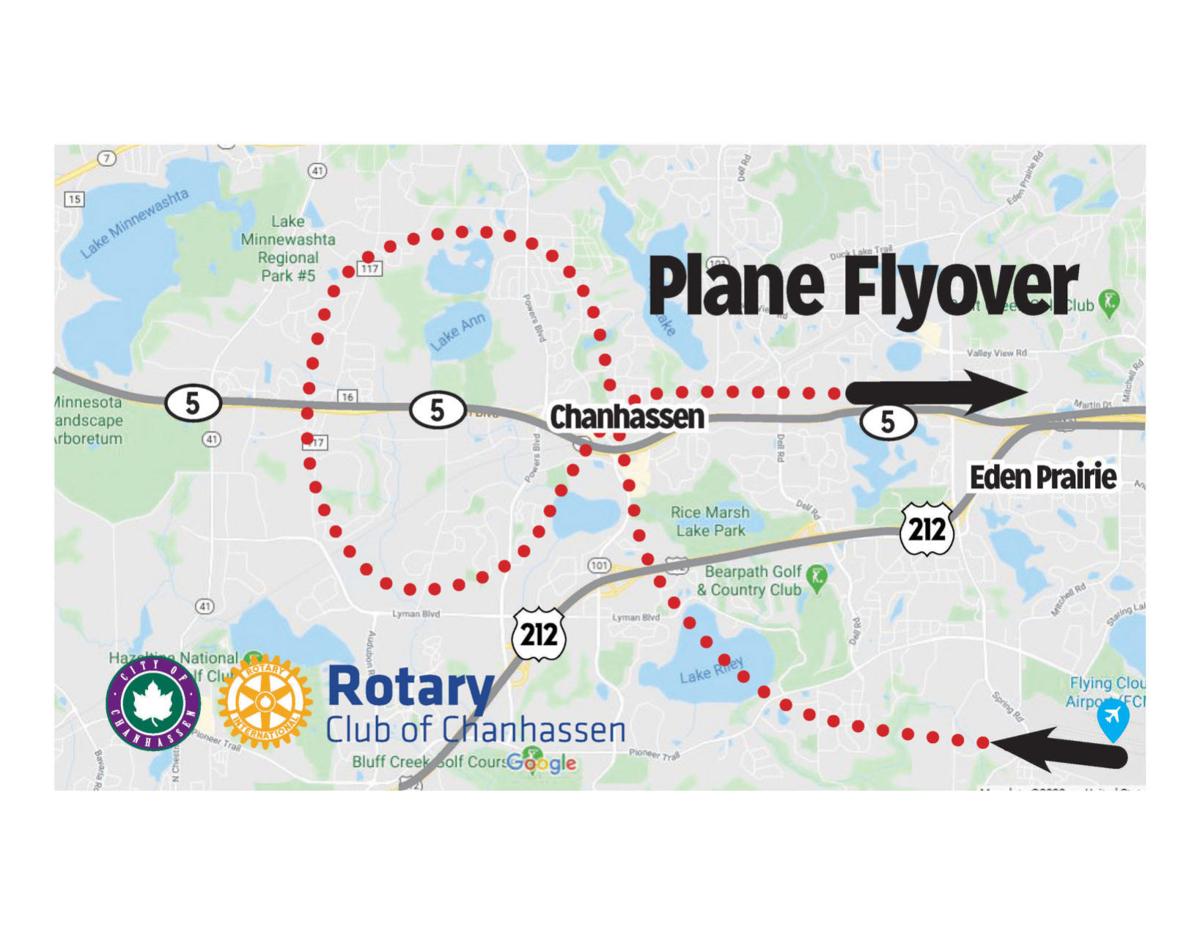 Chanhassen rotarian Peter Pemrick and pilot Bruce Olson stand in front of the T-6 aircraft “Popeye” at Flying Cloud Airport in Eden Prairie. Olson will be among the T-6 Thunder pilots flying over Chanhassen on the Fourth of July.

Pilot Bruce Olson stands in front “Popeye,” a T-6 he’ll be flying over Chanhassen on the Fourth of July with the T-6 Thunder.

Want to forget about canceled Fourth of July events? Just look up into the sky.

At 2:30 p.m. Saturday, July 4, the T-6 Thunder will fly WWII-era airplanes, in a diamond-shaped formation, high over Chanhassen.

“It shows patriotism and that's what we need now,” said Peter Pemrick, a Rotarian, who brought the flyover to Chanhassen 10 years ago.

Due to the COVID-19 pandemic, the Fourth of July parade is canceled this year, along with the annual carnival, street dance and many other events. Typically, up to 75,000 people would visit town during the three-day festival.

However organizers hope that the patriotic flyover, along with a virtual business expo, Chalk-It-Up Contest, farmers market and fireworks display help maintain some Fourth of July traditions — at a safe social distance.

The flyover and the fireworks are “historic symbols of celebrating our independence and give us a strong sense of what Chanhassen is,” said Jerry Ruegemer, recreation superintendent with Chanhassen Parks and Recreation.

The Rotary Club of Chanhassen first began sponsoring the aviation group to kick off the Fourth of July parade.

“We wanted something that would be a little more spectacular than just having the parade, and it worked out and people loved them,” said Pemrick, of the airplanes.

With a half century of experience as a flight instructor and four years in the U.S. Air Force, Pemrick was able to put the Rotary Club of Chanhassen in touch with the T-6 group, which conducts as many as 70 flyovers a year.

The airplanes were primarily used to train pilots during WWII, before they moved onto fighters or twin engine planes, explained Bruce Olson in a hangar at Flying Cloud Airport in Eden Prairie.

Olson will be among the pilots flying overhead on the Fourth of July.

“It’s a difficult airplane. I’ve been told one of the most difficult to fly,” Olson said. “I enjoy it because you are able to conquer that airplane,” he said.

The landing is among the tricky parts, due to a steerable rear wheel which, combined with any wind, requires some skill.

Flying in formation also takes practice and concentration, Olson said. The planes are at slightly different elevations, so in case an engine fails, a leading plane will fly under the following plane. However, the wingtips are only three feet apart in width.

The Rotary Club of Chanhassen sponsors the T-6 group for $1,500, said Ladd Conrad, a Rotary volunteer.

The Fourth of July beer tent is usually the Rotary’s biggest fundraiser, providing 80 percent of its annual revenue, ranging between $50,000 to $70,000 gross, Conrad said. Much of the money goes to pay for Fourth of July expenses, such as parade clowns, bands, and public safety.

The Rotary has kept some money in reserve, so it can still fund projects such as college scholarships and the T-6 Thunder flyover. (The Rotary also auctions rides on the airplanes, to raise money.)

“We really wanted to continue our relationship with the city, and thought that maintaining something for the Fourth that was familiar and kind of celebratory was important, even during this year when our income and revenue is going to be highly curtailed,” Conrad said.