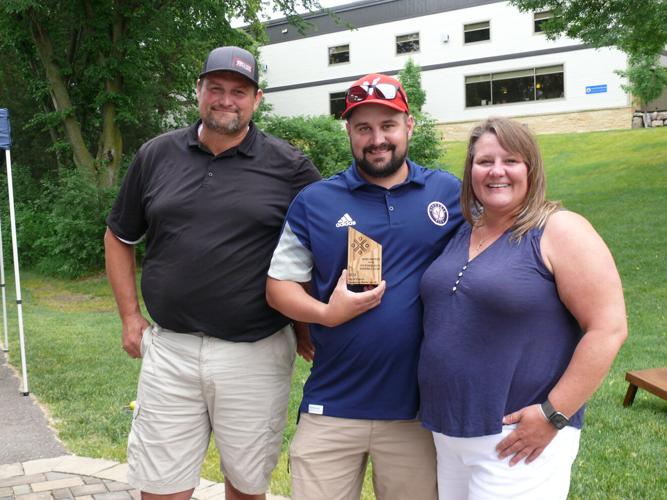 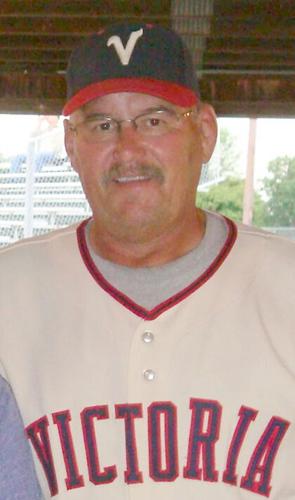 Shelly Battcher says she didn’t always recognize the kind of impact her father, Mike Poppitz, was having on the Victoria community.

“As we grew up, we realized that it benefited us as adults; to give back to the community,” she said shortly after her late father and the Victoria Vic’s Baseball Club received Victoria’s Community Builder Award on June 13.

“There were a lot of hours that we missed with our dad,” Battcher, of Arlington, added. “He showed us how to give back.”

Poppitz, who was well recognized for his love of baseball, died in 2017.

The award, established last year by the city, is designed, in part, to honor those who gave significant time and resources to building a welcoming community within Victoria.

Poppitz was best known as the pillar of the Vic’s town baseball team. For 36 years he played, scouted, coached and managed the Vic’s. He was also the steadfast and all-encompassing grounds crew of his namesake, Poppitz Field at Lions Park, personally spending countless hours and tens of thousands of dollars to keep the field in stellar condition.

Sons Clark Poppitz, of Shakopee, and Troy Poppitz, of Chaska, stepped into their father’s shoes to keep the Vic’s team and Poppitz Field going after Mike’s death. Clark also serves as the team’s head coach.

The Poppitz brothers created the Victoria Vic’s Baseball Club in 2018, a nonprofit organization designed to raise funds to keep the team, field, and Mike’s legacy and passion for baseball alive.

“His dedication to creating a safe and friendly community for those who love to play, to watch, to coach, and to enjoy America’s greatest pastime were his life’s work,” Mayor Deb McMillan said at the city’s volunteer appreciation ceremony.

McMillan cited Mike Poppitz’s volunteered time, service to the community, significant impact on baseball in the city, and efforts to foster a sense of community as reasons that made him a “well-deserving” recipient of the award.

“This dedication extended to his children … who have honored their father’s memory by continuing his efforts to keep baseball alive in Victoria and the Vic’s team,” she said.

“It’s an honor to give back,” Clark said while holding the award. “He (Mike) worked a lot of hours and we do too. It’s very nice to be appreciated. We’d do it anyway, even if we didn’t get this honor for it. We love it and it keeps his legacy going.”