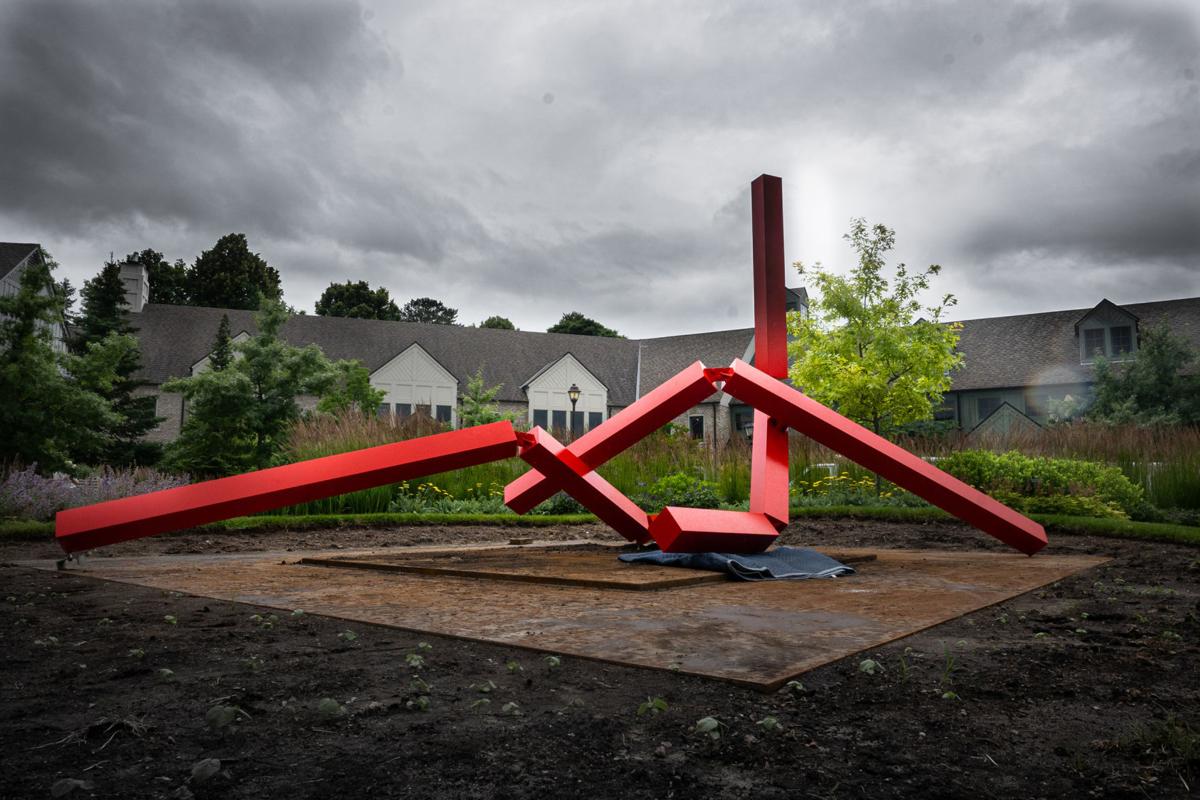 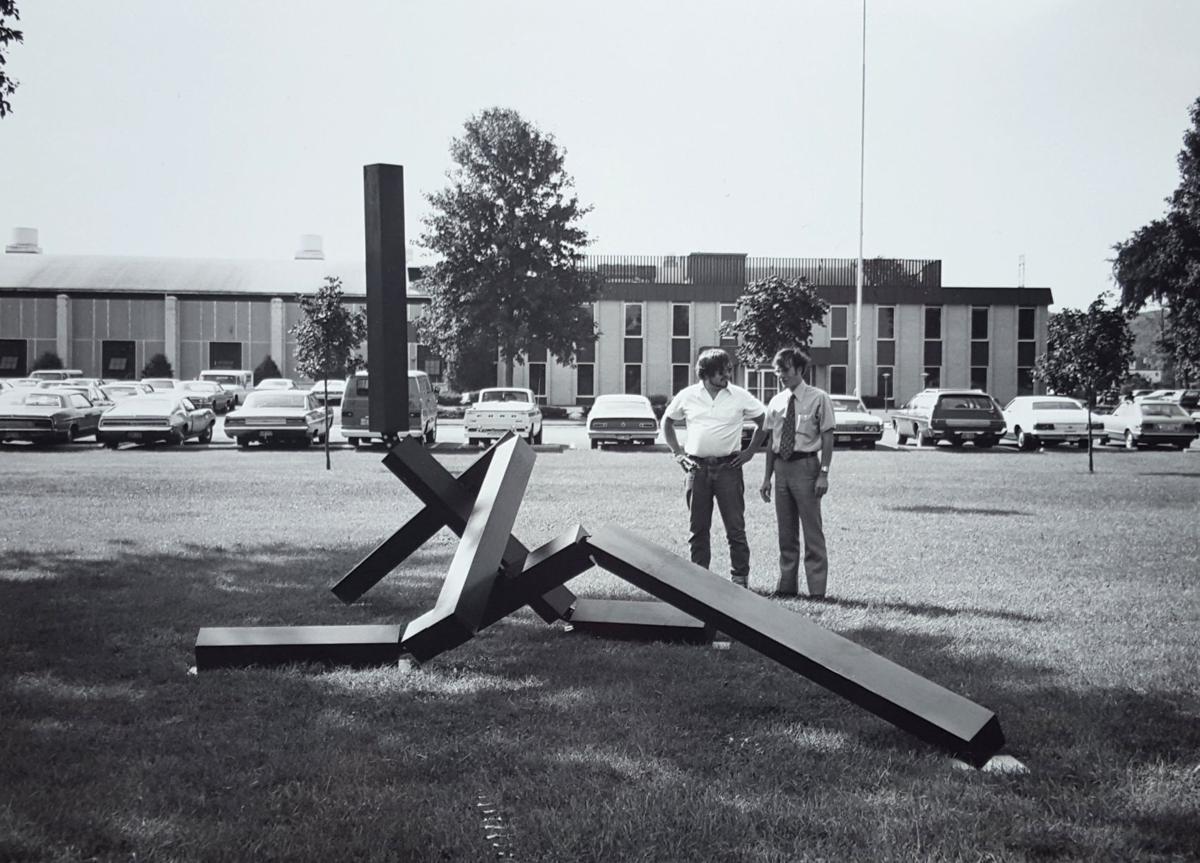 “Clarencetown Light,” when it was first installed in Minnesota, with artist John Henry and businessman John Wilke. 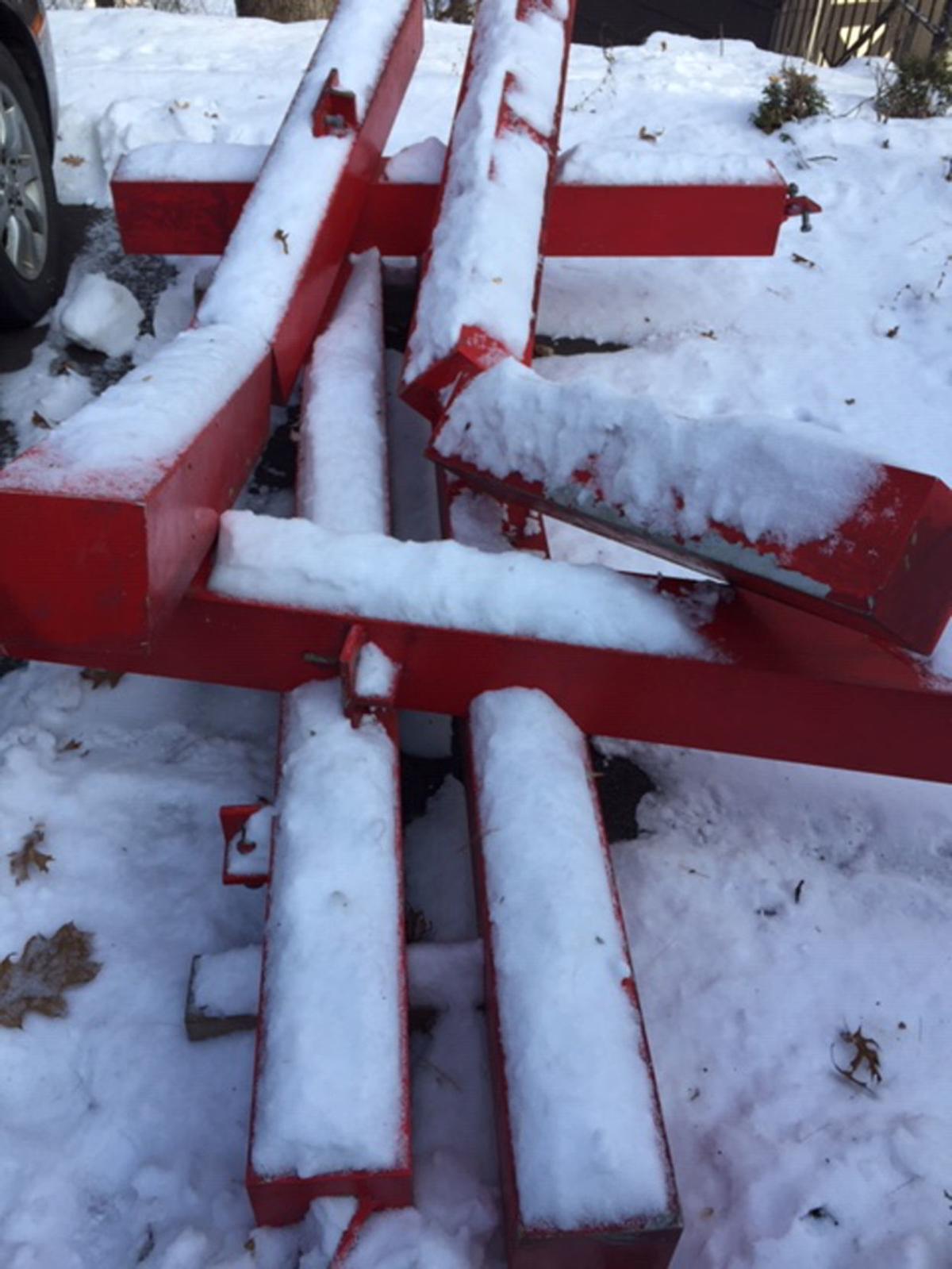 The ‘Clarencetown Light’ sculpture before restoration.

“Clarencetown Light,” when it was first installed in Minnesota, with artist John Henry and businessman John Wilke.

The ‘Clarencetown Light’ sculpture before restoration.

The Minnesota Landscape Arboretum in Chanhassen restored a “hunk of aluminum parts” back into a modern work of art.

The sculpture, “Clarencetown Light,” by artist John Raymond Henry, was installed July 10 in front of the Arboretum’s Oswald Visitor Center. The prominent spot will be the home of the 18 feet long and 9 feet high aluminum sculpture over the next two years.

“It looks like it was made for this space,” said Wendy DePaolis, curator of sculpture and art at the Arboretum. “It just connects the new building to the old building. The pattern of geometric lines are identical.”

It has been a “long, strange trip” for the artwork, since it was created in 1971, according Susie Hopper, Arboretum media specialist.

Henry had been creating artwork for five years when he made “Clarencetown Light.”

At the time, Henry was doing a lot of sailing in the Caribbean. He was struck by the red and green navigation lights in the harbors, propped up with ropes and side braces.

The shapes “really fit right into what I was doing,” he said. The name “Clarencetown” is taken from Clarence Town in the Bahamas.

He met Minnesota businessman John Wilke at his Chicago studio. Henry said he traded Wilke the sculpture for a 36-inch DeWalt band saw, that he still uses every day. “That worked out very well,” he said, of the trade.

The sculpture ended up with White Bear Lake businessman Dave Carlson, who displayed it in front of a commercial real estate office, until the building was sold. The sculpture was then disassembled and stored.

Carlson asked the Arboretum if it was interested in the piece, ultimately transferring ownership of the artwork.

DePaolis was happy to accept. “I don’t have a budget to buy art. I can’t go looking for a Rodin or something. This was really serendipitous.”

But the sculpture required some work.

“It was in pretty poor condition when I saw it stacked up in the snow by the side of a garage in pieces, and it was all chipped,” DePaolis said.

“The piece had never been conserved or preserved and could not be displayed again without a full restoration,” Hopper said.

Arboretum trustee Linda Cutler and her husband Dave “adopted” the sculpture through the Arboretum’s “Adopt A Sculpture” $25,000 endowment program. The funds made it possible to restore and install the sculpture.

With technical assistance from the artist, the Arboretum restored the piece — right down to the original color of “Rinker Red.” The type of paint was changed, from the original Rust-Oleum to Imron, which holds the red color without fading, Henry said.

It’s not the first time a sculpture was lost and found. “It’s happened several times,” Henry said. “I like to see that happen, because the piece has a new life.”

“Through the Arb’s endowment program, it virtually has transformed from being a hunk of aluminum parts in a pile to a restored gem and is now part of the Arb’s world-class sculpture collection,” said Hopper.

With the sculpture now in place, DePaolis said that she hopes it helps visitors discover another aspect of the Arboretum. “It’s a place to explore. I think this sculpture is representative of that.”