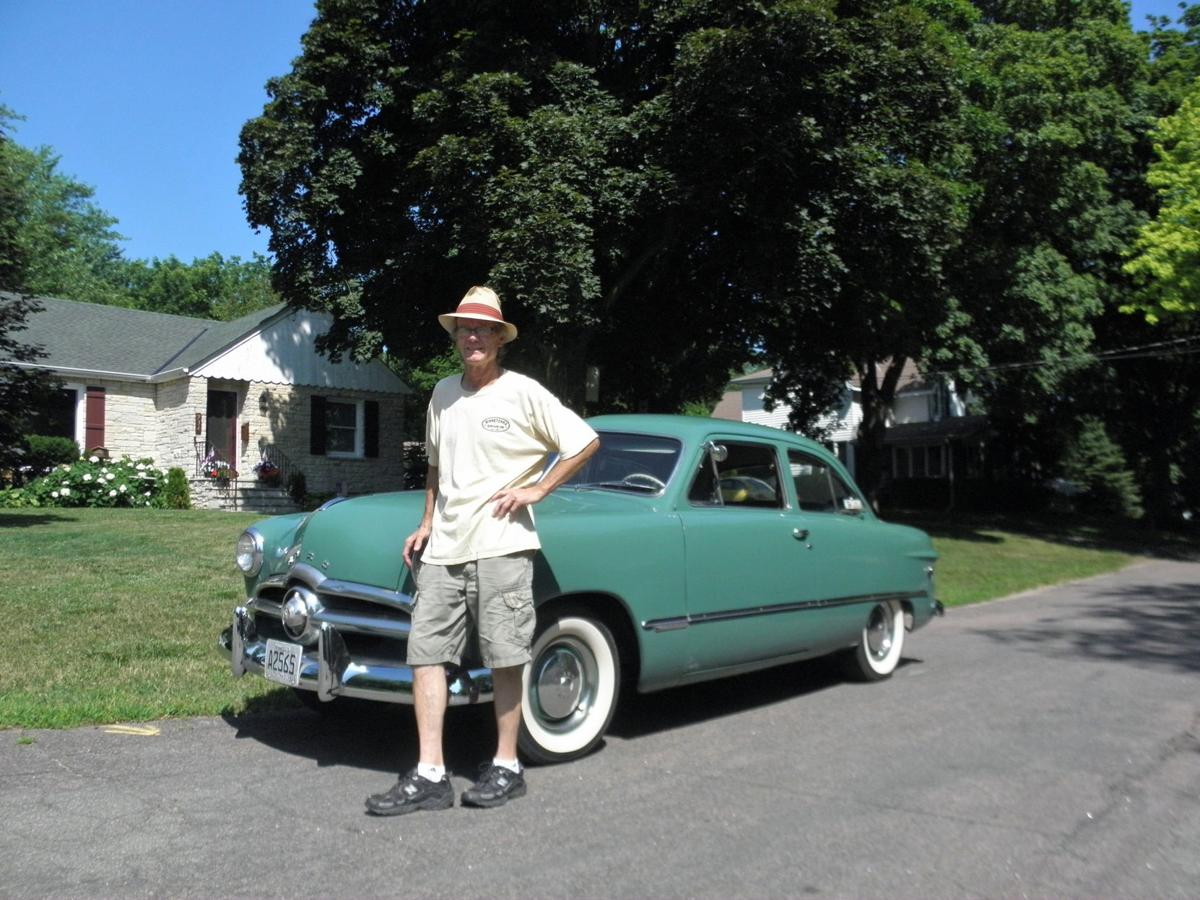 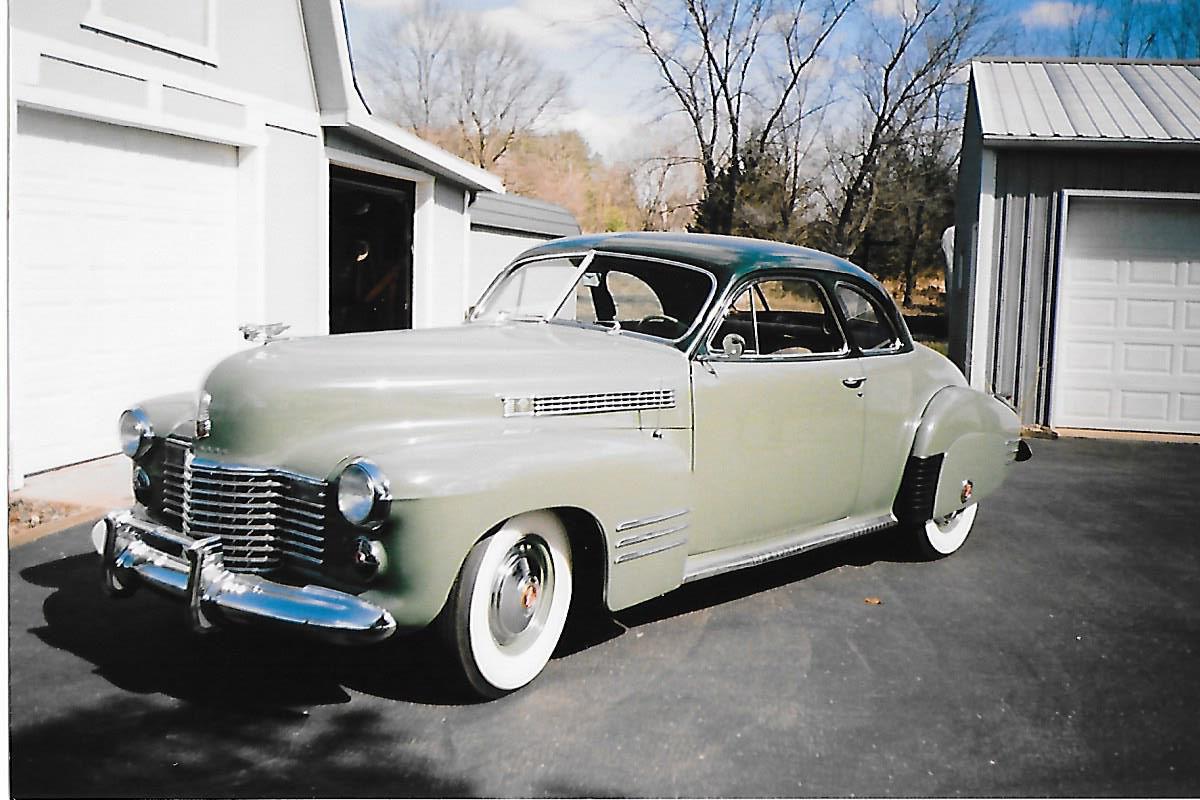 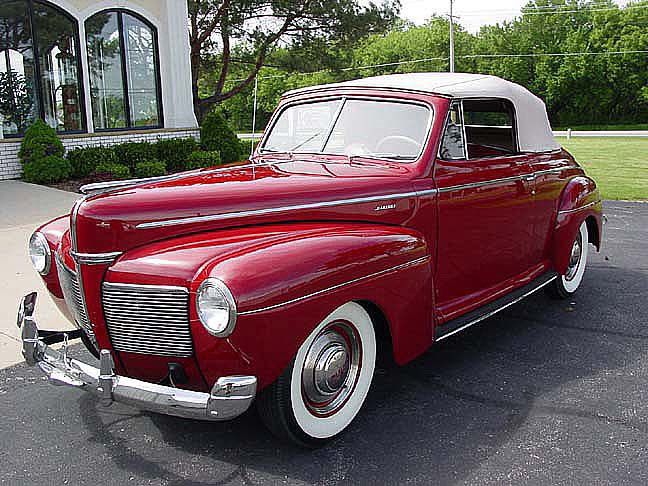 Let’s call it what it is, a babe-magnet. This 1941 Mercury 19A convertible was and is Dr. Jack Zimmer’s pride and joy. 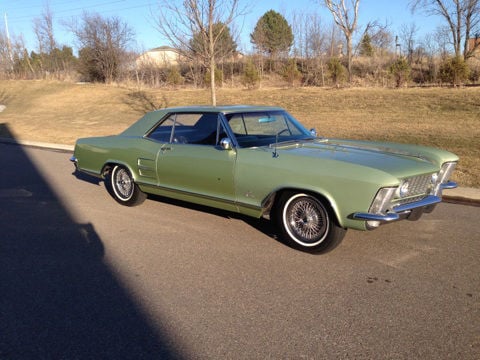 It’s not flashy, but it’s fast. Blair Bury’s daughter raced this Buick Riviera and won first place in her class during a muscle car drag race at Brainerd.

Let’s call it what it is, a babe-magnet. This 1941 Mercury 19A convertible was and is Dr. Jack Zimmer’s pride and joy.

It’s not flashy, but it’s fast. Blair Bury’s daughter raced this Buick Riviera and won first place in her class during a muscle car drag race at Brainerd.

For the fourth year, the 10,000 Lakes Concours d'Elegance classic car/boat show comes to Excelsior Commons in Excelsior, from 10 a.m. to 4 p.m. Sunday, June 5. Lake Minnetonka provides a beautiful backdrop for the juried show that will have hundreds of classic automobiles from vintage Ford Model Ts to elegant roadsters to classic sports cars. It's the ultimate car show for auto buffs.

Besides a great layout of motor vehicles all along the Excelsior Commons, there's a "fashion" show, where different classes of cars take turns in the spotlight throughout the day. A master of ceremonies announces a make and model of vehicle, its owner driving slowly past a bank of bleachers filled with spectators. Not only do you get to admire a car, you can see how it rides, and how it sounds.

The best part is spectators get to meet the car owners. As anyone who's gone to a car show knows, the best part is hearing the stories, and everyone has one.

Rick Meyer of Excelsior is proud to show off "Mildred," his 1949 Ford custom Tudor Sedan. The Tudor Sedan model came out in 1948. Unlike earlier Ford models, with sides that flared out over the tires, the Tudor Sedan was "slab-sided," beloved by collectors for its shoebox shape.

The updated car design made such a splash, the Fashion Academy named it the 1949 Fashion Car of the Year Gold Medal winner.

Dr. Jack Zimmer of Minnetonka bought his dream car, an apple red 1941 Mercury 19A convertible, right after high school. He loved that car, but more importantly, the girls loved it more, he said.

Zimmer chuckled recalling memories of driving it, top down, around town. But the good times came to an abrupt end when, as Zimmer likes to say, "President Harry S. Truman invited me to Korea." There, Zimmer served in the U.S. Army. Much to Zimmer's dismay, Zimmer's father sold the car in his absence.

After the service, Zimmer went to college, became an orthodontist specializing in facial reconstruction at North Memorial, and started a Porsche dealership. Although he sold it years ago, it still goes by the name he gave it: Carousel Motor Group.

But he never forgot his favorite car. In 2009, he finally found it.

"It's my original car," Zimmer said. "It took a long time, but I found my car and bought it back."

Zimmer has had it restored to its original glory, from the red leather seats to the instrument panel and the paint. These days, his main squeeze behind the wheel is his wife, Rhonna.

"We drive it every day, everywhere," Zimmer said. "We love it."

All in the family

Richard Bury of Chanhassen loves his cars, especially Buicks. He currently has 15, and keeps them at the Chanhassen AutoMotorPlex. He's shown his cars each year at the 10,000 Lakes Concours d'Elegance.

"The '41 Cadillac is a five-passenger coupe," Bury said, "the only year they made that model." Bury found it in northern Minnesota two years ago, and had it completely restored to its original condition. Bury babies it, having only put 50 miles on it since.

The 1964 Buick Electra has 56,000 actual miles, and unlike the Cadillac, is completely in original condition.

It will make its public debut in July, when Bury's grandson uses it as his wedding car.

It's no wonder that Bury's son Blair, also of Chanhassen, has been car crazy since before he could drive.

"I've had it since 1981," Bury said. "It had 18,000 miles on it; now it's at 22,000 miles, and it's pretty much all original. The Riviera was the luxury sport model, a two-door coupe. I'd just graduated college and my dad bought it for me as my graduation present. I'm sentimental about it."

Tickets: $35 at the gate; kids 12 and under, free, as are military personnel with current ID. $30 advance tickets available at https://squareup.com/market/10000-lakes-concours-delegance, and at select Kowalski’s locations. Visit www.10000lakesconcours.com for specific locations.