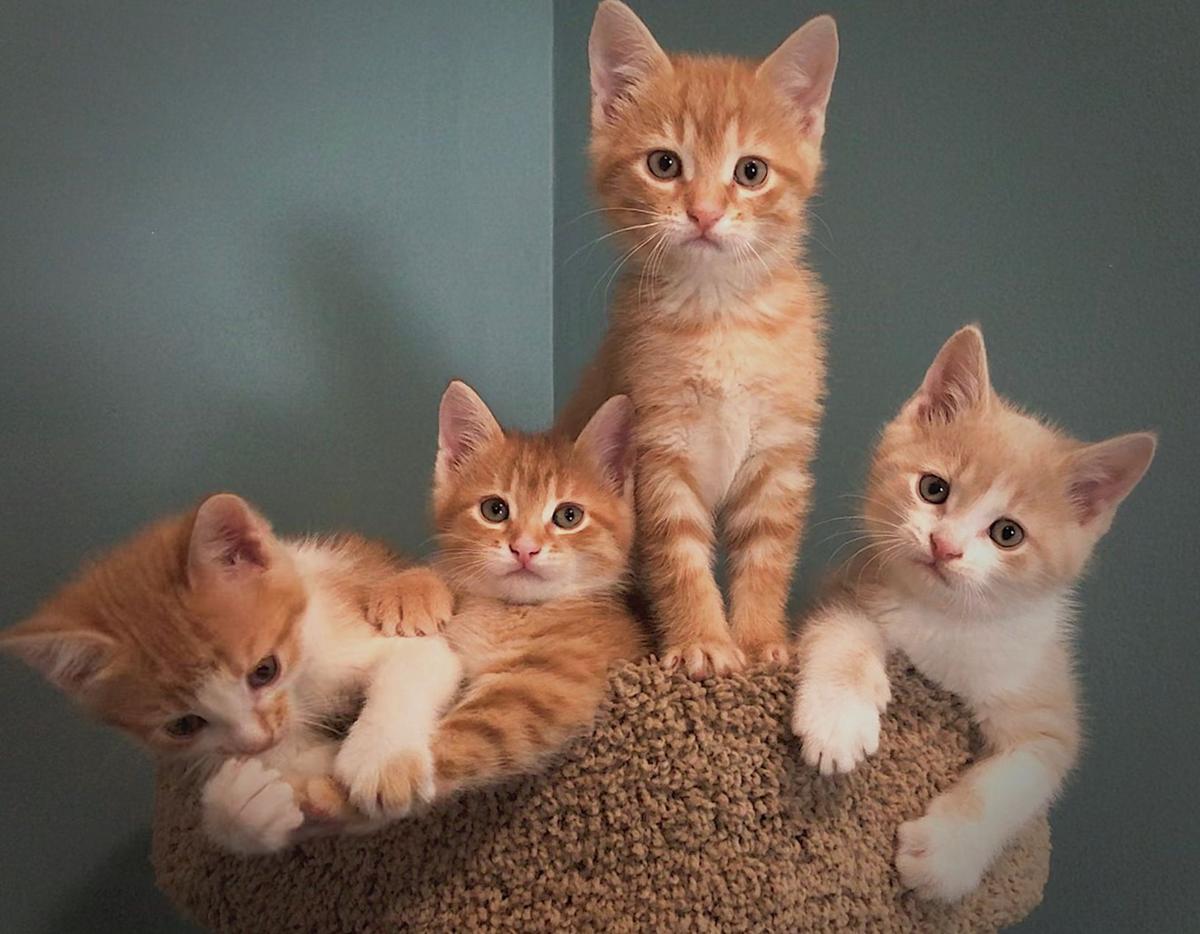 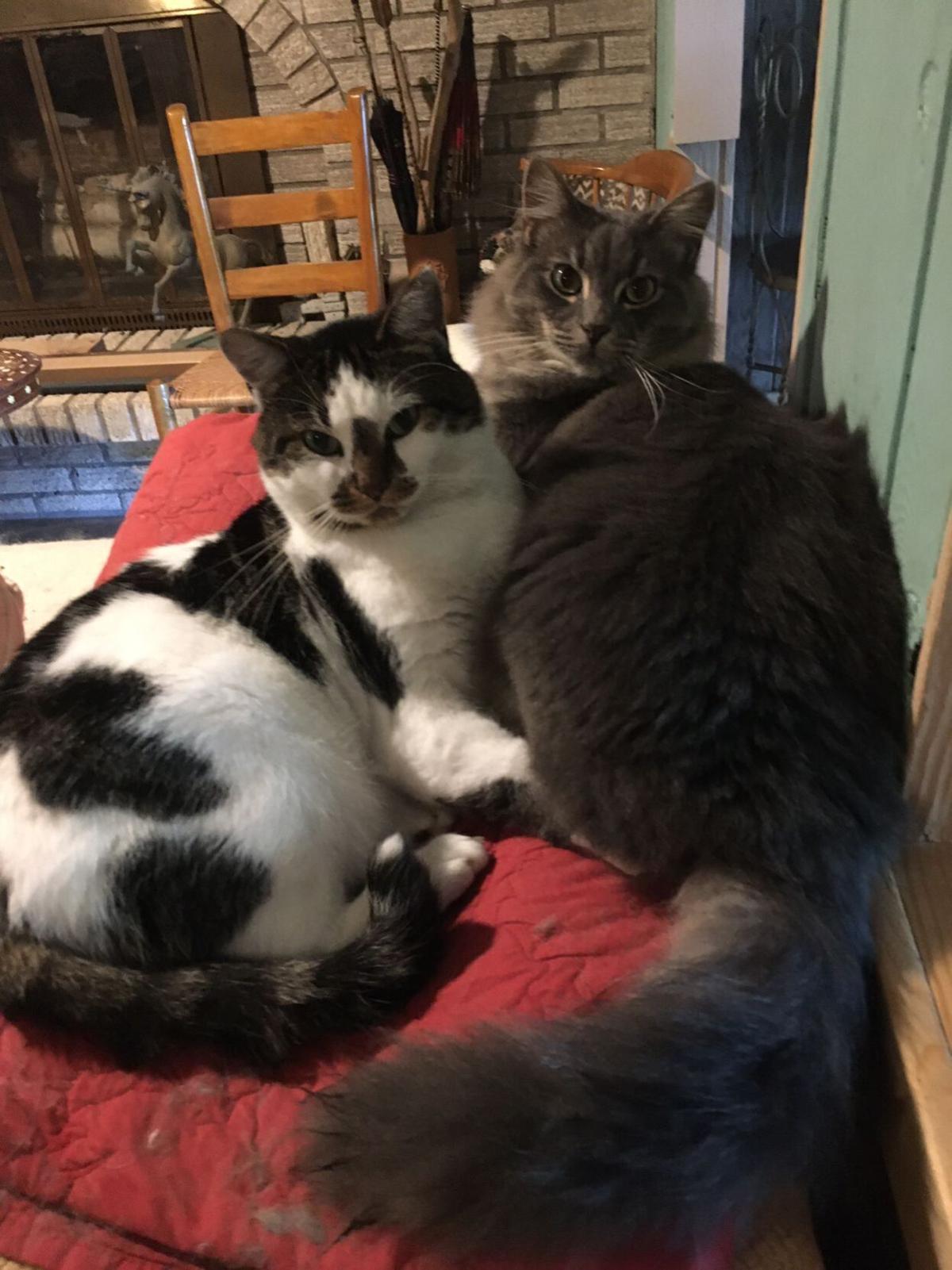 Barb Minar’s “foster failure” cats (because she decided to keep them) Vergus and Vega.

Barb Minar’s “foster failure” cats (because she decided to keep them) Vergus and Vega.

Susan Timmerman’s foster cat had kittens just a few days before lockdowns began in March — and after her office quarantined, she was left at home with her own three cats, the mama cat and her seven kittens.

“At first I was scared out of my mind wondering how I can manage all of them,” Timmerman said. “But within a couple weeks, they were saving me. Whenever I was stressed, or anxious, or hearing craziness about what’s going on in the world, I would just play with kittens and everything was OK.”

Timmerman is one of many Minnesotans who have begun fostering or adopting rescue animals during the pandemic. Adoptions spiked at the beginning of lockdowns as more people stayed home, but the momentum has only grown stronger, with southwest metro rescues reporting record numbers.

COVID has changed Timmerman’s personal fostering protocols — she still hosts meet and greets with potential families, though she watches from another room in her house — but there’s still been a steady stream of interested adopters for both the kittens and their mothers.

“I get to watch the little buggers grow up and can help form them into awesome cats so that people who adopt them don’t have problems. Fostering helps them be happy, well-adjusted critters before they go out into the world,” Timmerman said.

Southwest Metro Animal Rescue, a volunteer-run nonprofit based in Chaska, has had its best adoption year yet, said Board President Cristi Emerson. As of December, 144 pets had been adopted (up 15% from last year), and demand continues to grow.

“In March and April, we were adopting out everyone we currently had. It was great, because we had a couple of animals that had been there for a while, and that almost forced people to look at animals they might not have. One of our senior cats only stayed for three days,” she said.

The difficult part? Bringing in new adoptees. Animals are spayed/neutered and given overall vet checks before they can be adopted, but many vet clinics didn’t have the space for new rescue pets. The shelter saw an increase in pregnant cats likely because of the slowdown, Emerson said.

“We normally see one, maybe two pregnant cats a year. (Timmerman) has already had four or five,” Emerson said.

The Carver Scott Humane Society did 27% more adoptions than last year, confirmed Executive Director Stacy McDonald. Because CSHS has a first-come, first-considered application process, they often have to take down listed dogs with many applications so prospective adopters don’t get their hopes up.

The demand has meant that CSHS can also take in dogs from other states. Minnesota has reduced canine overpopulation, she said, so they’ve begun bringing dogs from Arkansas and Kentucky, as well as more difficult-to-place animals from places like Minneapolis Animal Control.

“We have this constant turnover of dogs that just need foster care for a week or two. They get adopted easily and the foster family can either take a break or move on to the next dog,” McDonald said.

SMARAS and CSHS saw great success on Give to the Max Day — they each had their best year yet, McDonald and Emerson said. CSHS hired someone to oversee fundraising and support in April, but donations flew in from everywhere; Timmerman’s Facebook page has even attracted several donors, Emerson added.

While there were some concerns about animals adopted during the pandemic being surrendered once people go back to work, SMARAS thought about that ahead of time, Emerson said.

The rescue has an “extremely long application” process, she said. It takes three to five days, a paper application and a phone interview; they want to make sure the animal goes to the right family. They get a lot of applications for the same animal, so they can afford to be picky.

“Families should always think about the long-term impact having an animal would have on your life. Kittens turn into cats, little puppies turn into big dogs. They’re a lifelong investment,” Emerson said.

McDonald added that surrendering is sometimes misunderstood — it is OK for someone to realize that an animal isn’t working out, as long as they’re trying to rehome in responsible ways, she said. As part of their “Fur Keeps” initiative, CSHS offers resources for those who may need to rehome their animals for financial reasons; there are grants available for families who cannot afford the medical care, for example, or assistance with special food.

“I think it’s important to realize that (rehoming) is often a last resort. If there’s something we can do to keep an animal in the home with the people that already love it, why wouldn’t we want to do it?” McDonald said.

Fostering is the easiest way to know if an animal is right for you, she said. The supplies needed for fostering are provided by the agency, and foster homes can turn down animals that might not work for them.

Fosters also get first-dibs on the animals, something local foster Barb Minar knows firsthand — she now calls herself a “foster failure.”

Minar has been fostering for around eight years and has adopted the last three cats she’s taken in. She had initially paused potential adoption visits in April because she was concerned about COVID, but by the time someone wanted to come by for one of her cats, she had already fallen in love with them, she said.

“Now the problem is that I’m running out of room,” she laughed. “You never know how long they’ll be with you, but by the end, I couldn’t part with them.”

Those nervous about prospective visitors during COVID can work with their rescue to find a safe and comfortable way to meet, Emerson said. One foster home put the cat in the carrier on their doorstep and the adopter left a check in a plastic bag. Another person waited two weeks to make sure the paperwork had no germs before signing the adoption papers.

Even as COVID drags on, foster parents like Timmerman don’t plan on slowing down. As long as there’s a need, she’ll be there with open arms.

“I don’t see an end to it, as long as I’m enjoying it. Just be ready when you start reaching out — it won’t take long before you get that call,” she said.

Looking to foster or adopt your own furry creature? Here are a couple local options: