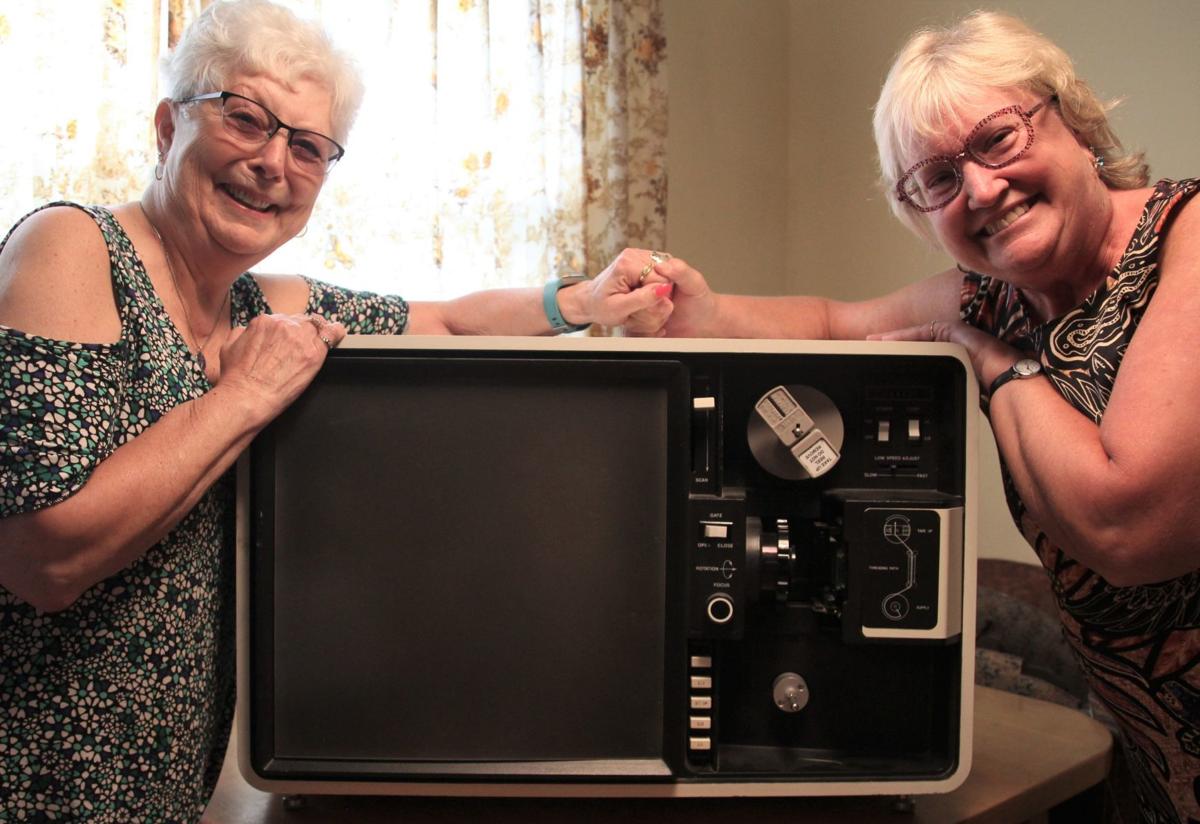 This is the portable microfilm reader that Sharon Eklund and Carolyn Spargo affectionately named “The Beast.” 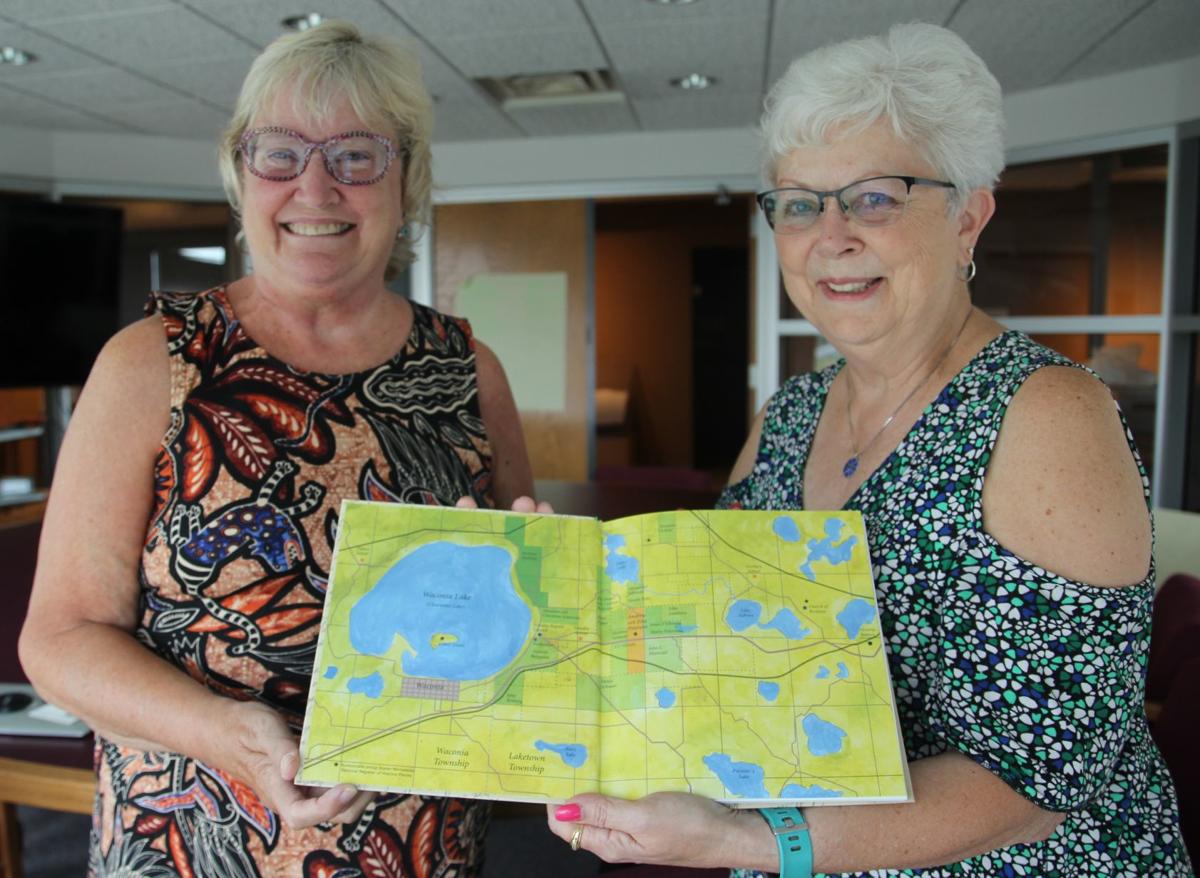 Carolyn Spargo and Sharon Eklund used this book published by the Andrew Peterson Society in Sweden, for its glossary of words, as they worked on an updated translation of Peterson’s diaries. 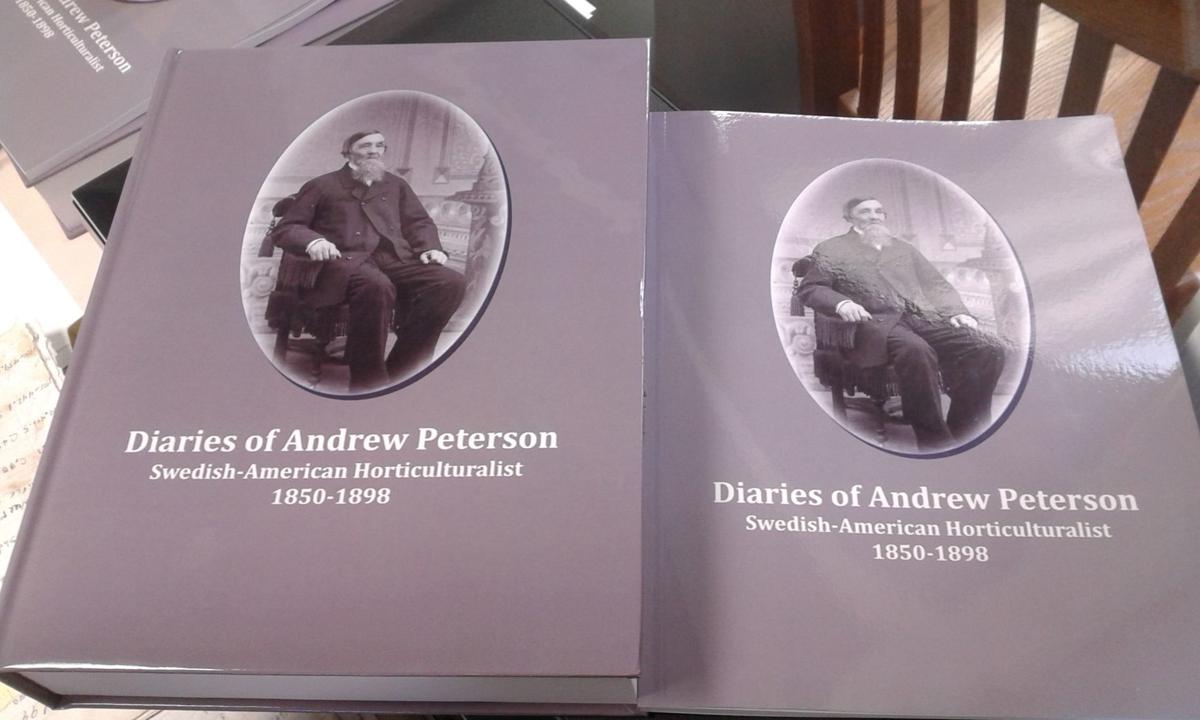 The Andrew Peterson diaries have been translated and indexed. Books are now available and will be accessible online later this year. 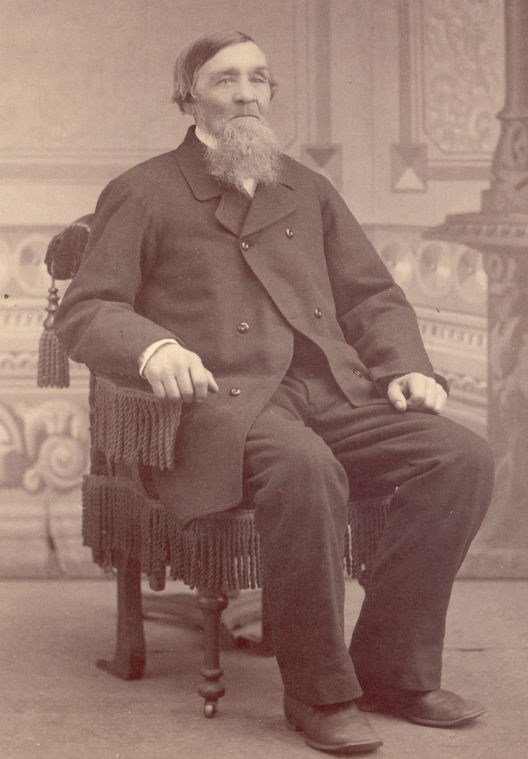 Andrew Peterson settled in Carver County in the 1850s. His diaries were recently translated.

This is the portable microfilm reader that Sharon Eklund and Carolyn Spargo affectionately named “The Beast.”

Carolyn Spargo and Sharon Eklund used this book published by the Andrew Peterson Society in Sweden, for its glossary of words, as they worked on an updated translation of Peterson’s diaries.

The Andrew Peterson diaries have been translated and indexed. Books are now available and will be accessible online later this year.

Andrew Peterson settled in Carver County in the 1850s. His diaries were recently translated.

The Carver County Historical Society may have bestseller on its hands.

An updated translation of the Andrew Peterson diaries is now available, thanks to a tenacious team of translators. The work is being published as a book and will be available on the society’s website later this fall.

Anyone with an interest in immigrant history and the authentic daily life of a 19th century Swedish farmer in Carver County can thank translators Sharon Eklund of Victoria; Carolyn Spargo of Chaska; and Mathilda Fromentine of Sweden.

Copies of the book were delivered to the CCHS last week.

Andrew Peterson was a Swedish immigrant who settled in Carver County in 1855. What was unusual was that he kept a daily diary of his life in his adopted country, documenting life as a farmer and self-taught agronomist. Years after Peterson’s death in 1898, his daughter discovered the diaries at his farmhouse.

The diaries became famous when Swedish writer Vilhelm Moberg came across them at the Minnesota Historical Society, using them as inspiration for his novel series “The Emigrants,” beginning in 1949. The book series and subsequent films are popular in Sweden, where Peterson is honored and respected as a national hero.

However, a translation of the diaries was inaccessible to most.

According to Heidi Gould, curator of Education and Exhibits at the Carver County Historical Society, the diaries were translated into English by Emma Ahlquist during the Depression as part of a Works Progress Administration project.

Typewritten copies of the translation were produced and given to MHS; Peterson’s daughter Emma (later donated to CCHS); Peterson’s sister, Gustava Johnson; and the University of Minnesota’s College of Agriculture, now housed in the Andersen Horticultural Library at the Minnesota Landscape Arboretum.

Interest in the diaries has continued over the years. But to read it, a person would typically have to go to a library and read it on microfilm.

“We have a waiting list of people wanting to read it,” Gould said. “These people include local CCHS members, local businesses, researchers — some who’ve read the Moberg book series, as well as those outside of academics, but simply for interest, here and in Sweden.”

Over the years, the Andrew Peterson farm has become a CCHS priority. It has done extensive work to restore the Peterson farm; make it available for tours; and provide educational programs about one of Carver County’s notable residents. It was on the CCHS wishlist to update the translation and make it available online, with a word search function.

The CCHS enlisted Eklund, Spargo and Fromentine to update the translation of the diaries. Spargo teaches Swedish 101. Both women had parents who were Swedish immigrants from the same region as Peterson.

They were perfect for the work. They began translating in March 2018.

The CCHS made a copy of the original MHS-microfilmed diary for Eklund and Spargo to work from.

The women laughingly refer to the microfilm reader as “The Beast.”

Although considered a portable model, the microfilm reader is the size of an old-school 24-inch TV set, and just as heavy at approximately 50 pounds. Gould, Eklund and Spargo agreed it would be most efficient to bring the microfilm machine to Spargo’s house in Chaska.

It became a fixture on Spargo’s dining room table.

“During the holidays, I put a table cloth over it,” Spargo said.

At first they approached the task by tag teaming.

“We would meet at Carolyn’s house with The Beast, but it turns out we talked too much,” Eklund said. So then they decided to divide the task. Eklund did the odd-numbered years; Spargo the even-numbered years. Each would work on their own. They didn’t have a schedule; they just worked the translation into their day.

Spargo teaches music lessons from home, and would translate in between students; Eklund would come to Spargo’s home — she had her own key — and work when she had time, often into the early morning hours. The women divided the task — the diary began in 1850 and ended at Peterson’s death in 1898 — by splitting up the years.

The challenge in translation was the many creative ways Peterson spelled names and English words.

“Andrew spelled names many different ways,” Gould said, “even on the same page. A good example is he would begin by calling someone Per Daniel, but by the end of the entry, he’d refer to him as Peter, or P.D. and there was a lot of mixing Swedish words with English.

The women translated by comparing a list of Peterson’s words in Swedish to the English versions with the assistance of Fromentine in Sweden, and a book published by the Andrew Peterson Society in Sweden that contained a glossary of terms they could cross-reference with Swinglish.

As they finished a year at a time, they would give the copy to Gould for editing, and standardizing fonts, and formatting.

They also realized they needed to index the book. Gould got a name from Lisa Oberski, president of the Chaska Historical Society. When Chaska updated its city history book, Oberski worked with Marilyn Gahm, a retired librarian and professional indexer from Wisconsin, who grew up in Chaska.

“I’ve indexed more than 20 books,” Gahm said, “but the Peterson book is the most challenging one I ever did.”

She elaborated. “For 48 years, day in and day out, you got the total rhythm of farming. Every year, over and over, he’d write about oats and wheat and corn. There was a lot of repetition,” Gahm noted wryly. “And he always mentioned the weather, including eclipses.”

However, Gahm pointed out, “I also found it important to concentrate on his role in the apple industry. I made a point of his work with apples, where he got the apple trees, who he went to. For a man who was self-taught, what he did with apples, agriculture and agronomy is impressive.”

May 30, 1850: Westerly wind, the brig cruised evenly but did not make it forward, because it was a terrible storm. At night a big storm cloud came, and it rained and roared/sounded awfully, and was so bad the water blew up on the deck, and we were soaked with water up to our knees.

Aug. 26, 1876: Elsa and I took “Betty” to the Carver market but no one offered more than $25 for her so we took her back home. Sture and Axel threshed for Lundsten in the morning. In the afternoon, Sture threshed for Per Daniel. The 19th, the grasshoppers began to come and since then more have come each day. By the 31st, the air was so full of them that when you looked at the sun it looked as if it were snowing.

Feb. 24, 1893: Axel and Martin Swenson cut cordwood. Frank went to Scandia and helped dig a grave as John Nelson’s son Henry has died. I made brine for the pork and also did various small jobs.

Who was Andrew Peterson?

Andrew Peterson was a Swedish immigrant who farmed on land between Victoria and Waconia. He kept a diary from the time he left Sweden until two days before he died. Much of the writing from his early days in Iowa was lost, save for a short account of his voyage over.

The original diaries were donated to the Minnesota Historical Society by Peterson’s children, with an English translation being done sometime in the 1940s.

Swedish author Vilhelm Moberg discovered the diaries at the Minnesota Historical when in Minnesota doing research for a series of books. He used the diaries as the basis of his four "Emigrants" novels, voted the most influential books in Sweden.

“I’ve indexed more than 20 books but the Peterson book is the most challenging one I ever did.”