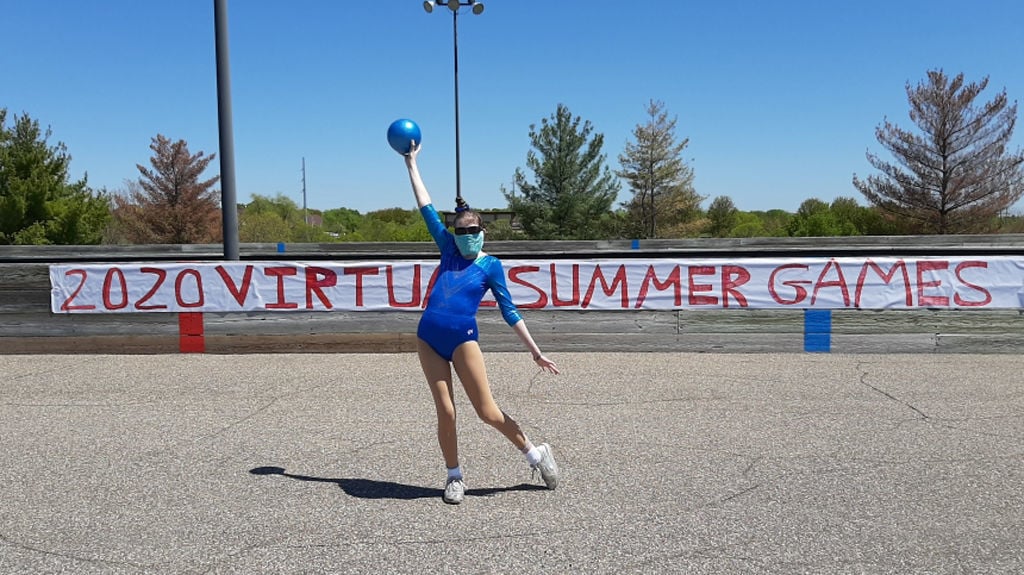 Paz Mandara, of Chanhassen, was awarded first place for the Special Olympics Gymnastics Virtual Rhythmic Dance, with a score of 8.80. 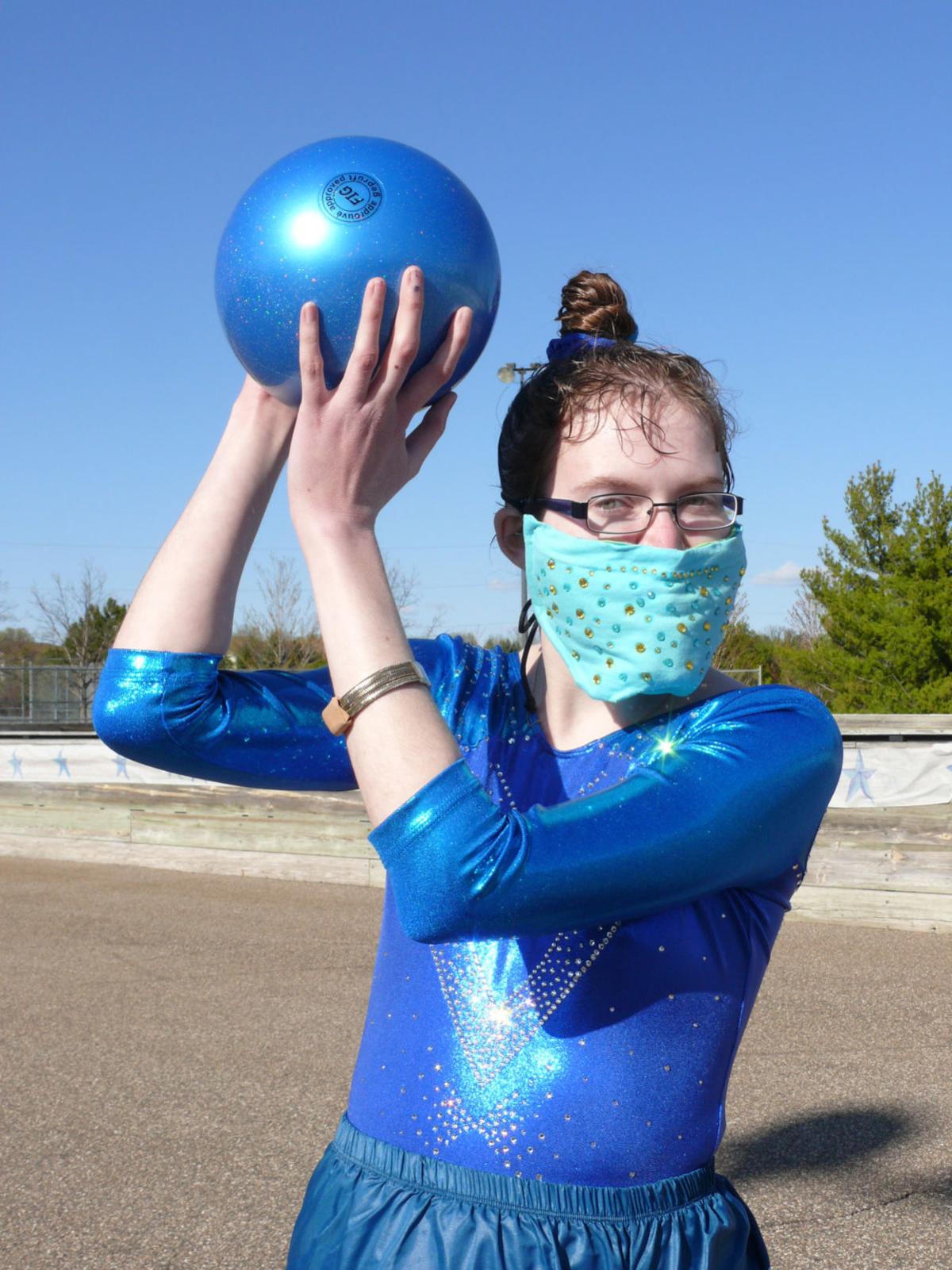 “I love to perform and love to dance. It’s all just too wonderful,” said Paz Mandara. 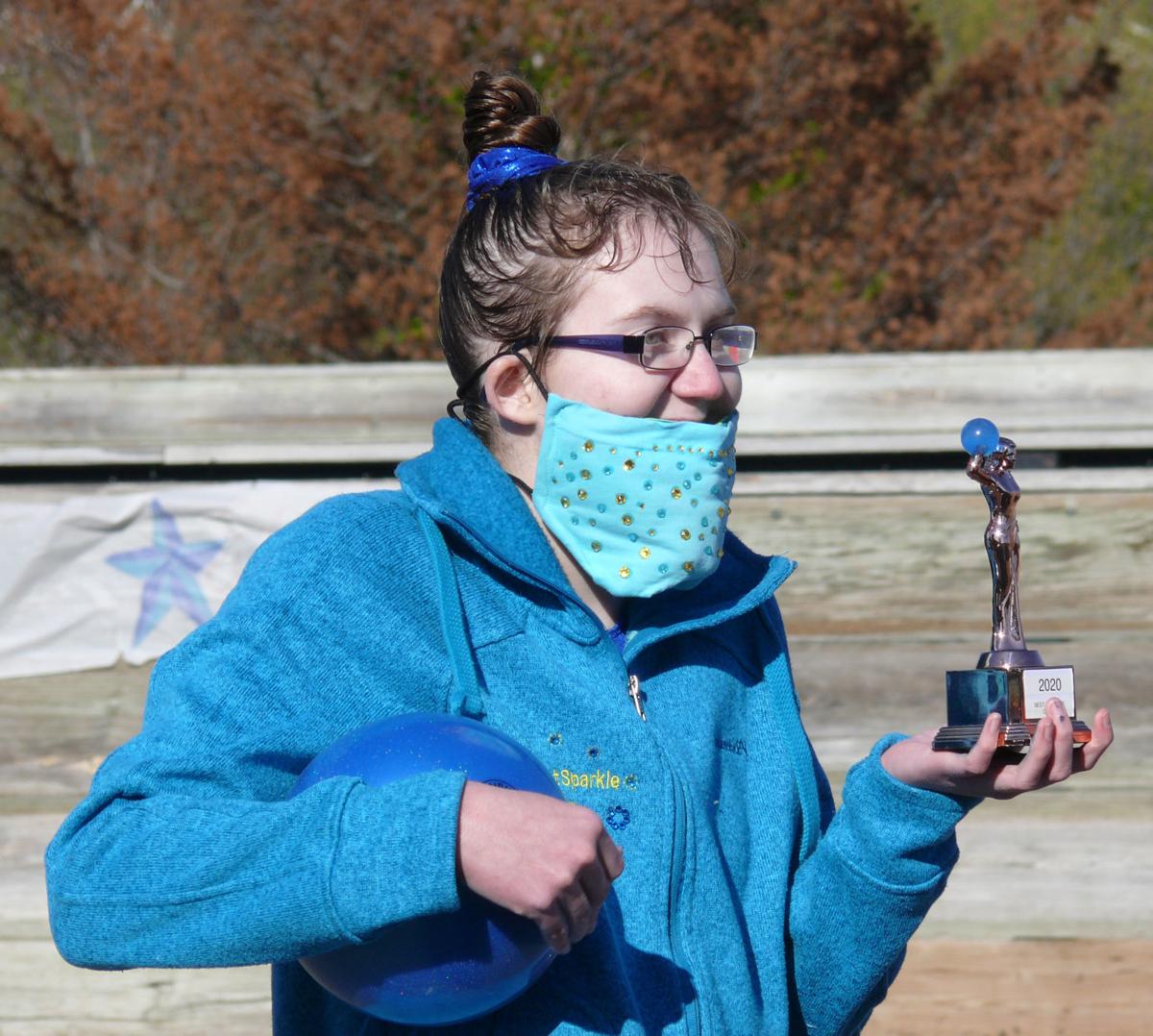 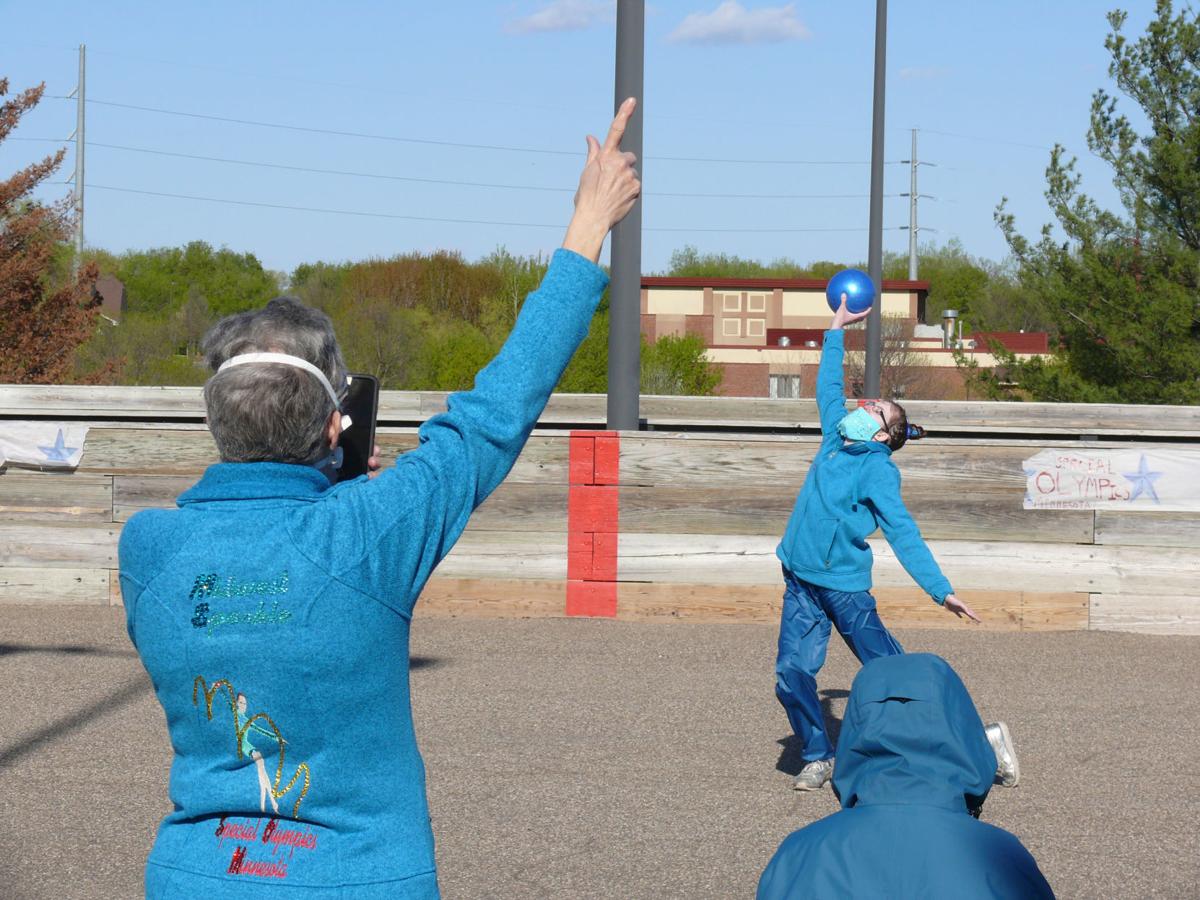 Paz Mandara, of Chanhassen, was awarded first place for the Special Olympics Gymnastics Virtual Rhythmic Dance, with a score of 8.80.

“I love to perform and love to dance. It’s all just too wonderful,” said Paz Mandara.

A twirl here and there.

The performance was only 59 seconds, but for Paz Mandara, it signified a dream come true.

Those who watched Paz’s routine at the Chanhassen Rec Center’s outdoor hockey rink also witnessed a bit of a miracle.

You see, Paz, 22, spent the better part of her childhood in a hospital.

“I had a dream of being a gymnast ever since I saw my first Olympics a long time ago,” an enthusiastic Paz said, before her recent performance in front of about a dozen spectators on a cool, windy afternoon. “I’m just so glad to be able to do this.”

Her performance was videotaped and submitted to the Special Olympics Minnesota 2020 Virtual Summer Games’ gymnastics competition.

As Paz completed her routine, she received a rousing response and even a trophy from her mother, Holly Mandara, who serves as Paz’s coach and leader of the independent Midwest Sparkle Special Olympics delegation from Chanhassen.

On May 27, the results came back. Paz was awarded first place for rhythmic dance, with a score of 8.80, reports Holly.

It was difficult for Holly to restrain her emotions, knowing Paz’s painful, difficult journey.

“I just know what it’s been like; to see what she has gone through to get to this point; what we have struggled through together,” Holly said. “It has been so heart-wrenching, but to see her do this, it’s such a joy.”

Paz has long suffered with a series of medical issues that baffled teams of doctors. She primarily lived in the hospital 13 years, except for small leaves of absences. Seizures, blockages, extreme pain and other medical issues kept returning her to the hospital.

A few years ago, Paz and Holly moved from California to the Twin Cities to take advantage of “the amazing doctors” and medical advancements in this area, Holly said. It was here that she was diagnosed with Hirschsprung's disease.

“Since Minnesota has the best medical care in the nation for rare conditions, she finally became stable and was able to partake in life’s activities; not being confined to inpatient equipment to regulate her bodily functions,” Holly said.

It was then that Paz announced her desire to be a gymnast, leaving Holly to figure out how to make that happen, despite Paz’s surgical implants and computer that regulates some of her vital functions.

“As she said, ‘Love always finds a way,’” Holly said, quoting her daughter. “So I put on my creativity hat and said, OK, let’s find a way for this kid to start living her dream.”

Paz competed in the Special Olympics artistic gymnastics last year, being quite successful with several gold medals. But this year, she wanted to qualify in rhythmic gymnastics. There are four dances in that competition, separately involving a ball, 18-foot long ribbon, rope and hoop.

“Paz has difficulty multitasking, so the idea of her dancing and working with a ribbon, well, that was going to take some doing,” Holly said.

“It took me almost four months alone to teach her how to skip,” Holly said, noting that she rented a facility to work with Paz about eight months in preparation for the Special Olympics qualifying meet. “None of this was easy, but we were both determined to get this done.”

Then the COVID-19 pandemic hit, eliminating regional and in-person state events for state Special Olympics programs, but they allowed contestants to submit videos and stats for virtual state games competition.

“A lot of our activities are by time or measurement, but things like gymnastics routines will be judged by a panel of judges who typically do it in person,” said Katie Howlett, marketing and communications manager for Special Olympics Minnesota.

Athletes’ submissions were accepted in track and field, basketball and gymnastics, as well as “some general things like push-ups and sit-ups,” Howlett said. “We’re not doing swimming this year because there was no way we could do that safely and promote that.”

“We went to practice a few days earlier and the wind wrapped the ribbon around her and she got frustrated, so she switched to doing the ball dance and came up with the steps all on her own,” Holly said.

Fittingly, Paz had selected the song “Into the Unknown.”

“It was totally appropriate for what is going on in the world right now,” Holly said.

“It wasn’t easy to switch apparatuses, but I’m glad I did,” Paz said, with her shining eyes a giveaway to the smile beneath her mask. “I love to perform and love to dance. It’s all just too wonderful.”