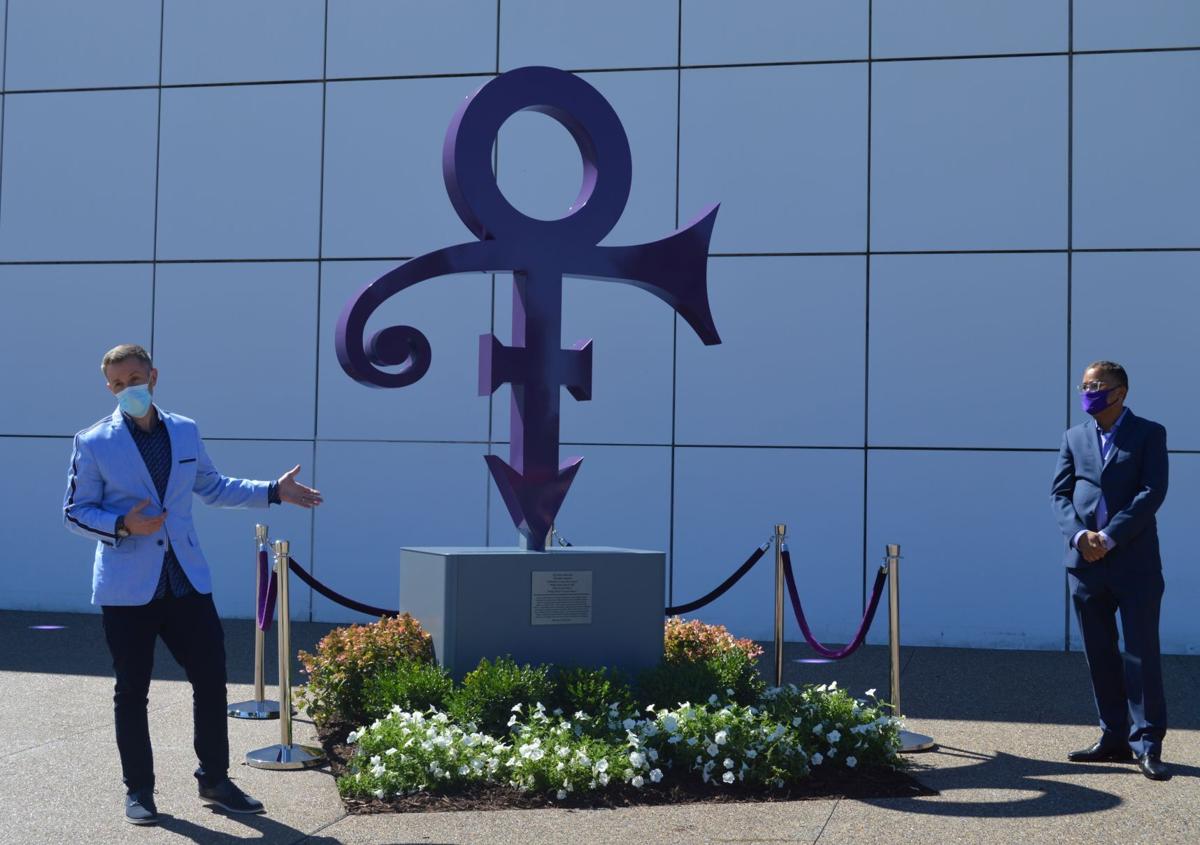 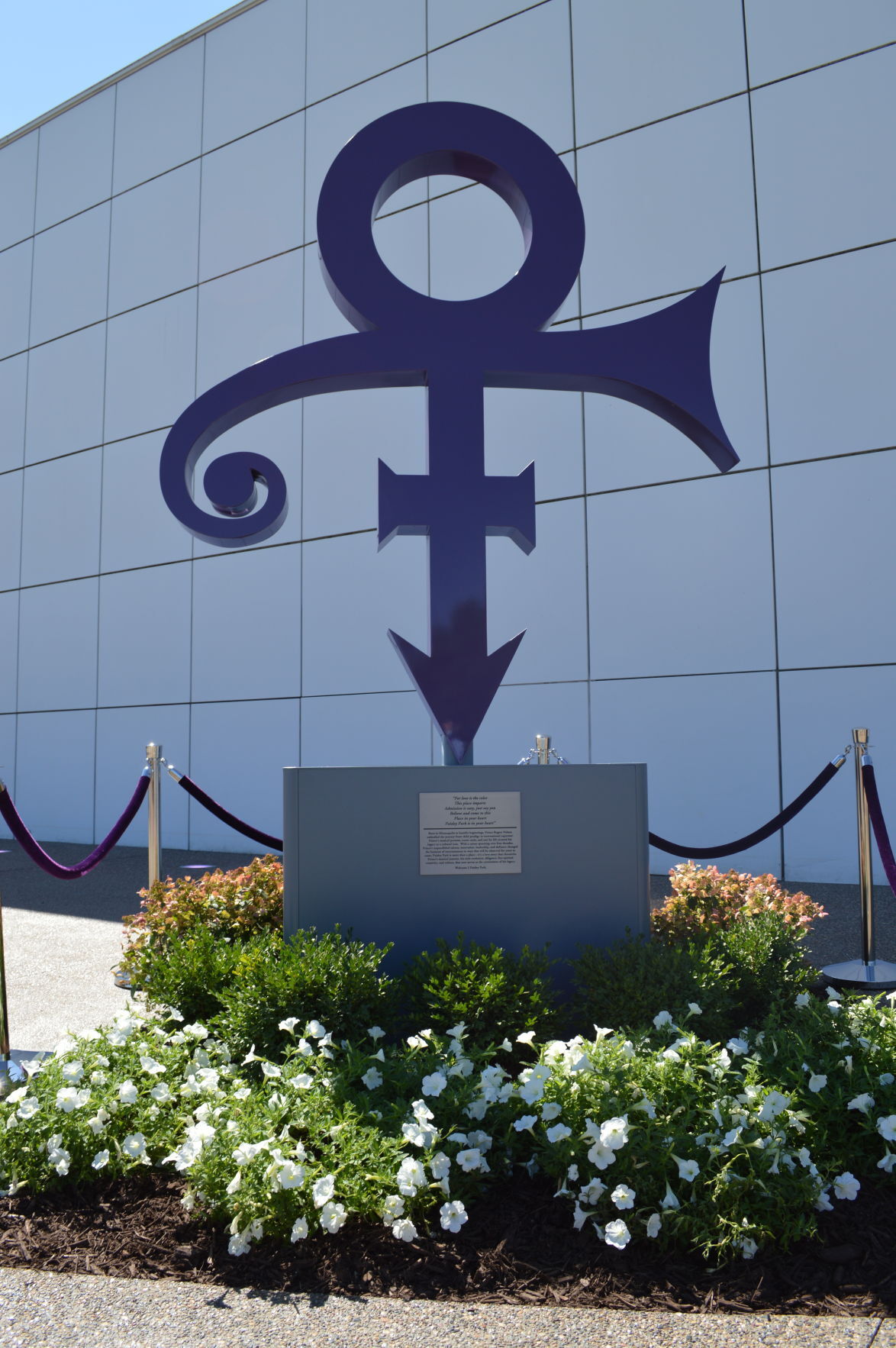 The piece, which is over 11 feet tall and 6 feet wide, is positioned directly in front of Paisley Park in Chanhassen, and is free to visit during business hours. The rock star Prince created the Love Symbol in 1992 and designed it to be a fusion of the male and female astrological signs.

“We wanted to have that iconic moment and statement when you first walk into the Park. It really represents who Prince was and shows that this is his home, this celebrates his legacy,” said Paisley Park Executive Director Alan Seiffert.

The statue was initially unveiled in front of employees and a small group of press, but visitors quickly gathered to take photos.

Paisley Park, completed in 1987, was built to be Prince’s private estate and production compound. After his death in 2016, it became a museum open to the public, with guided tours throughout his recording studios, private clubs and soundstage.

The majority of Paisley Park does not allow photography, so the statue gives visitors an iconic “Instagram moment” to share on social media, Seiffert said.

The creation has been in the works since last fall and was slightly delayed due to COVID-19. But now that the Park is open for tours again, the statue is ready to be seen — and photographed — by all.

A plaque beneath the statue includes Prince’s lyrics from the 1985 song “Paisley Park”:

“For love is the color

Admission is easy, just say you

Believe and come to this

Place in your heart

Paisley Park is in your heart”

“Born in Minneapolis to humble beginnings, Prince Rogers Nelson embodied the journey from child prodigy to international superstar. Prince’s musical prowess, iconic style, and zest for life secured his legacy as a cultural icon. With a career spanning over four decades, Prince’s unparalleled talents, innovation, leadership, and defiance changed the business of entertainment in ways that will be observed for years to come. Paisley Park is more than a place — it’s a love story that chronicles Prince’s musical journey, his style evolution, diligence, free-spirited creativity, and culture, that now serves as the cornerstone of his legacy. Welcome 2 Paisley Park.”