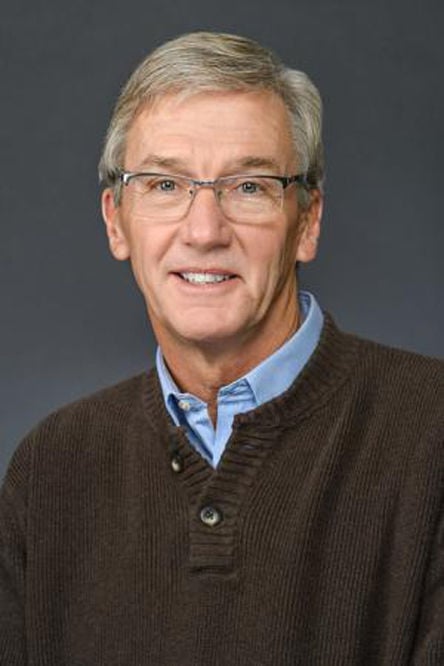 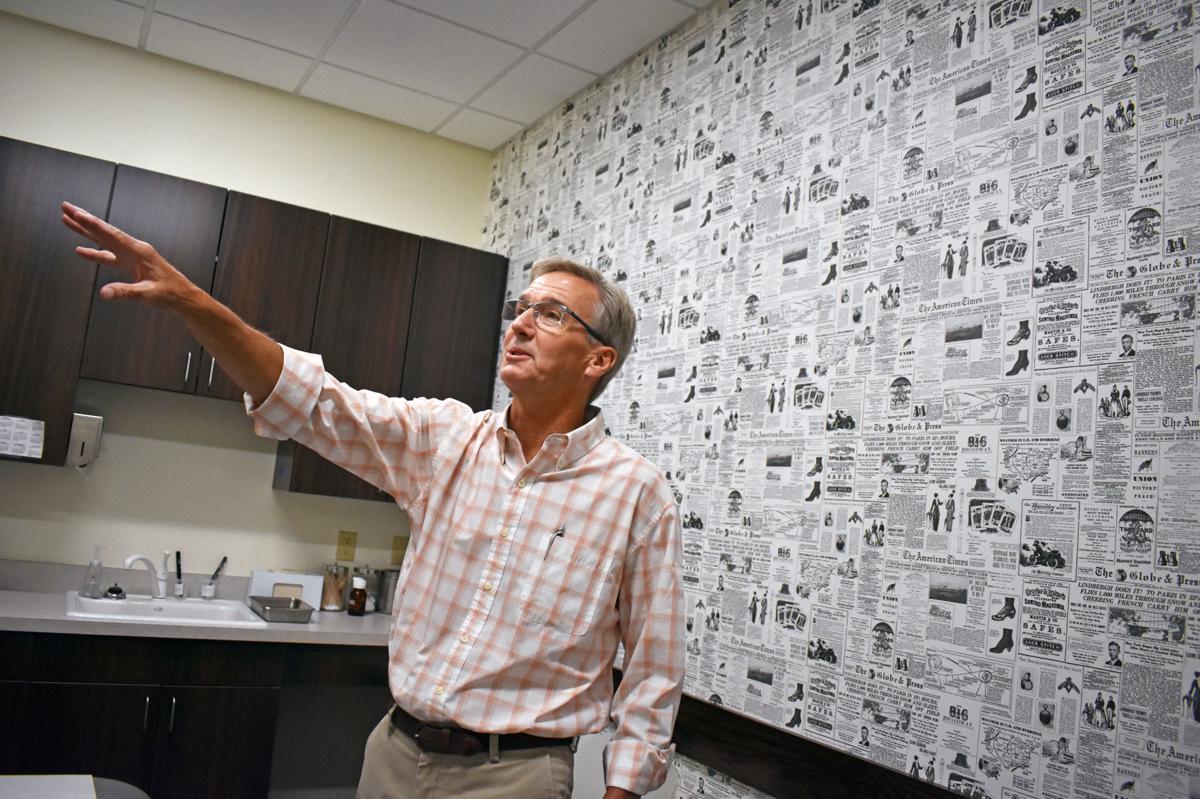 Dr. Scott Jensen, who recently completed his term as a state senator, gives a tour of the Catalyst Medical Clinic in 2018.

Dr. Scott Jensen, who recently completed his term as a state senator, gives a tour of the Catalyst Medical Clinic in 2018.

When Sen. Scott Jensen announced last year he wouldn’t run for re-election, the Chaska Republican “felt we would have a relatively uneventful fourth year.”

Instead, 2020 has been a mix of success and controversy.

Jensen, founder of Chaska and Watertown’s Catalyst Medical Clinic and former University of Minnesota associate professor, is one of two doctors in the Minnesota Senate — the other being Matt Klein (DFL-Mendota Heights).

The strong intersection between what the Legislature was dealing with and what he brought to the table was part of the reason he ran.

“I knew I could bring a certain level of expertise,” he said.

Jensen, who is also the vice chair of the Health and Human Services Finance and Policy Committee, was instrumental in passing healthcare legislation, like the affordable insulin bill in 2020. But in April, he became known for his public comments, and subsequent investigation, about COVID-19. His appearances on FOX News sparked questions internationally on reported COVID deaths and the severity of the virus.

Suddenly, the freshman senator had a profile of awareness he never expected — and more pushback than ever before.

“There was always a significant crossover between my work and the Legislature, but it was always more gentle. Once COVID-19 came onto the scene, the gloves came off,” he said.

Jensen has a history in local leadership — he spent 10 years on the Waconia School Board and is a past president of the Lions Club — but his 2016 run was the first time he “picked a side." He won 67% of the vote against Darryl Scarborough, joining a GOP that had just taken control of the Minnesota Senate.

Despite the "Republican" attached to his name, Jensen hasn’t been afraid to cross party lines and question partisanship, though he typically voted with his caucus.

He co-wrote a bill to legalize cannabis with chief sponsor Sen. Melisa Franzen (DFL-Edina), then voted against it, saying he was more interested in a “robust discussion." With fellow GOP Sen. Paul Anderson, of Plymouth, he publicly backed Democrat-proposed legislation that would expand background checks on Minnesota gun sales. In 2019, he supported outlawing conversion therapy, though he didn’t vote for the amendment.

Jensen’s willingness to work across the aisle early in his term helped the recreational marijuana bill gain more credibility and get a hearing in the Republican caucus, said Franzen, even though the bill was ultimately struck down.

“He was very open about his skepticism and voting for it, but he was very clear that he would fight for a hearing, and that’s what we got,” Franzen said. “We were both willing to listen to the issue and have those discussions on what it would look like for Minnesota to move in that direction.”

“I think I went in saying ‘I’m not going to be your garden variety politician, because I have no interest in being a politician.’ I do have an interest in going down there, solving some problems and working across the aisle,” he said.

One of his most prominent accomplishments? Though he was in his first term, Senate Majority Leader Paul Gazelka tapped Jensen to become the face of the bipartisan insulin affordability bill in Minnesota, which gives qualifying Minnesotans low-cost insulin for emergencies and ongoing care, he said. The Alec Smith Insulin Affordability Act went into effect this July, granting diabetic people a month-long insulin supply for $35.

But it was his COVID discussions that pushed him into the international spotlight.

In an April FOX News interview with Laura Ingraham, Jensen suggested that the COVID-19 death totals could be overstated because physicians can list COVID as a cause of death as a “probable” or “presumed” cause of death if a diagnosis could not be made — and if the hospital marks down COVID-19, they get paid substantially more by Medicare. While Jensen didn’t explicitly say hospitals would increase COVID numbers for financial reasons, many interpreted it as such, he said, and the interview quickly spread across social media.

In a video posted on his Facebook page, he raised questions about private medical information and personal privacy while contact tracing. He also compared data to flu numbers, saying "We will have 50 million Americans have the flu this year, we didn't shut the country down over that," during a Senate debate in April.

The websites FactCheck and Snopes, and USA Today, said there are higher rates for COVID-19 patients and treatment and no set or predetermined amount paid, but could potentially be in the range Jensen suggested. Still, there is no evidence of fraudulent reporting, FactCheck added.

The Minnesota Department of Health later changed how COVID-19 deaths were tabulated, but Jensen followed up by saying other states are still overstating their tolls.

With that, he was thrust into a spotlight that shone for months. FOX News kept calling, as did a multitude of media outlets from Minnesota to Australia. He did interviews with Rush Limbaugh, Tony Robbins, Dr. Drew, and Laura Ingraham. One publication he spoke with later sent him a copy of the paper — all in Japanese.

“I had a profile of awareness I never had before. I put out a Facebook video on July 4 weekend that got somewhere around 22 million views. That certainly changed my life substantially,” he said.

In response to Jensen's comments, someone filed a complaint with the Minnesota Board of Medical Practice, which put his license under review in June, Jensen said. The complaint claimed that he gave reckless advice and spread misinformation.

When news of the review was released, Gazelka publicly backed Jensen, saying legislators should not have to fear regulators based on their speech.

“I really felt like that was just purely political, because he was having an impact. He was speaking with a platform as a medical expert, but I think they wanted to take him down a few notches,” Gazelka said.

Meanwhile, Jensen prepared a 5,000-word response, 70 pages of attachments and a Facebook video about the situation, which attracted tens of millions of views, he said. A July Minnesota State Senate press release said the investigation was dismissed.

Jensen said he’s since become more precise when speaking about COVID, and argued that the board has been weaponized by people who don’t want him to speak out.

One of the final votes Jensen cast in the Senate was against, arguably, one of the most important legislature packages of his term.

Jensen was one of just four senators — all Republican — who voted against Minnesota’s COVID relief package in mid-December. The $242 million deal provides grants to bars, restaurants and entertainment venues, along with money directly to counties for businesses in their communities and some waived fees and regulations. However, it didn’t address many issues Democrats proposed, like aid for childcare providers, cash assistance for low-income families and housing relief.

Jensen said he wouldn’t even call the package a relief, adding that he’s a cofounder of a Watertown restaurant that, under the bill, would only receive the equivalent of a week’s worth of overhead expenses.

“I think it’s simply a knee-jerk reflex trying to demonstrate to the public that we’re doing something. I think we should be opening up and letting Minnesotans do what they do, and if someone doesn’t want to go somewhere because they feel vulnerable, then they shouldn’t,” he said.

The bill was also passed before Walz had released his plans for the next stage of COVID lockdowns, which he had repeatedly delayed from Dec. 11 to Dec 16. Jensen had advocated for pushing back the relief bill discussion until rules were announced, but was unsuccessful.

“I don’t think it was a lifeline for businesses, I think it was a Band-Aid, and the patient is hemorrhaging. If you get a patient bleeding rapidly and you put a Band-Aid, for a moment, you can’t see the bleeding. You didn’t necessarily do anything for the patient at all,” he said. “We could have done so much better.”

Though Jensen had support in and out of the Legislature — Gazelka called and asked him to run again, — he announced in 2019 he wouldn’t run for re-election, citing internal family health issues. Chanhassen City Councilor Julia Coleman, who ran as a Republican, left her council term early to take over his seat this month.

Last year, he would have said he was done with politics, he added. But his wife's health has improved and his new name recognition may have changed his mind — many have speculated a run for governor in 2022, though he has yet to confirm anything.

“For so many people, COVID-19 has been an absolute reset, and I’m no different. I’m now at a point where I’m reflecting and discussing with people very close to me, and right now, I haven’t made up my mind,” he said. “But I am thinking about whether or not I should re-enter politics.”

“Frankly, it wouldn’t surprise me if he still had a voice (after his term ends). He’s going to have the connections, so if he still wanted to have that input, it would be welcome,” Gazelka added.

Even if January is the last time he’s at the Capitol, Jensen said he thinks he accomplished what he set out to do — build bipartisan bridges and tell the truth.

“I think I walked the walk. I’ve been a truth-teller, transparent, sometimes to the chagrin of some of my Republican colleagues. I think I also gained some appreciation from Democrats as being a straight-shooter that you could talk to, who would be interested in learning your perspective and not trying to force his own,” Jensen said. “I think I demonstrated I was able to work across the aisle and get good things done.”