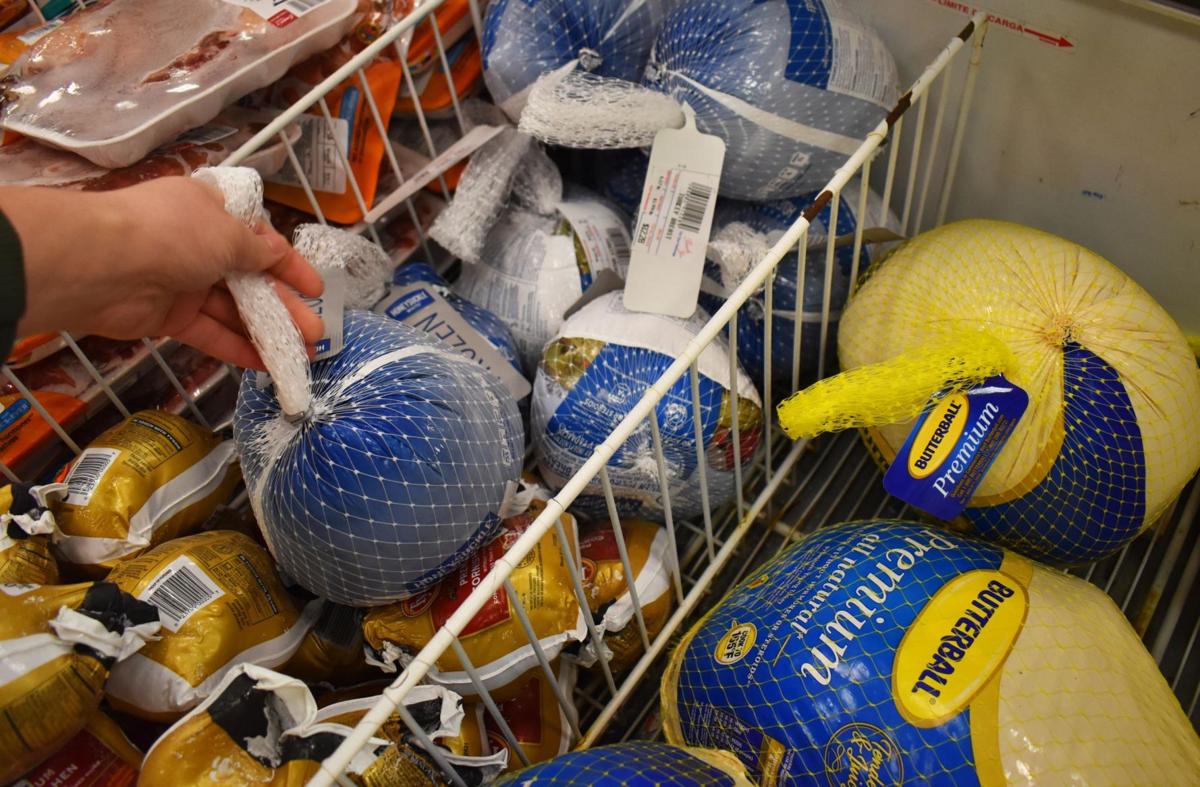 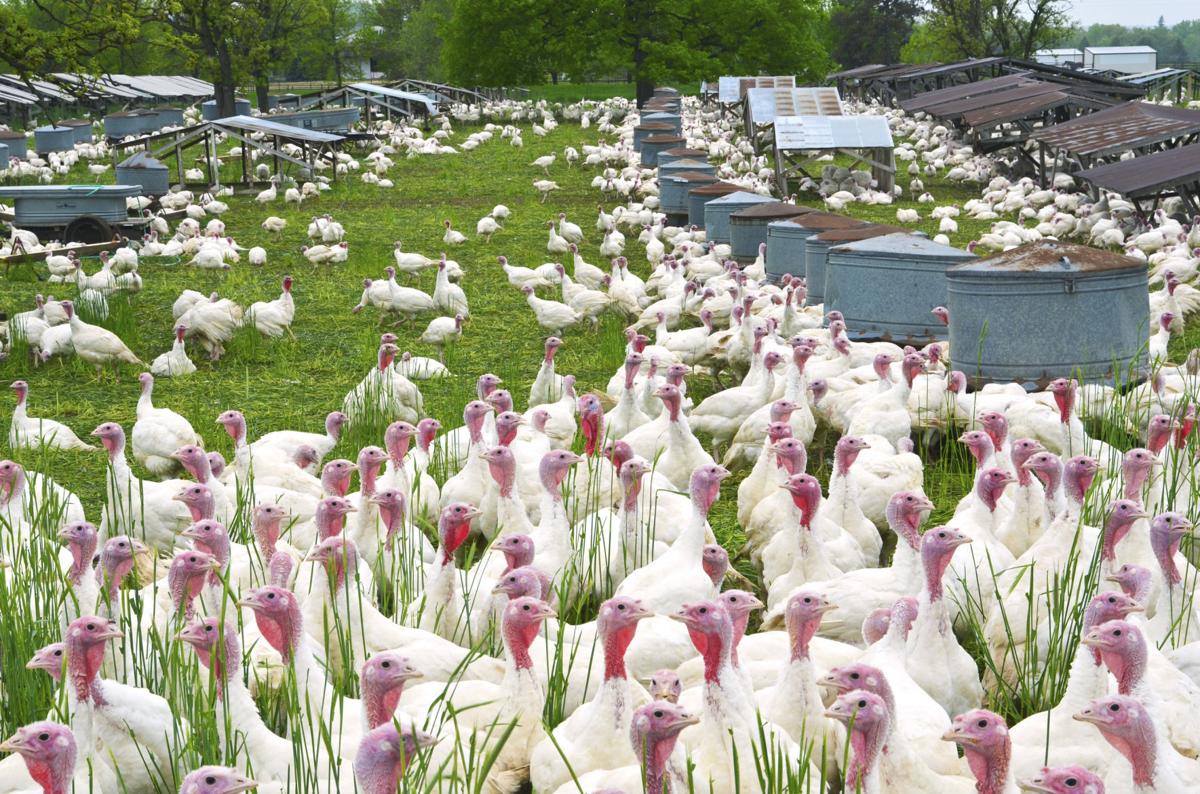 But the forethought doesn’t start with your freezer.

Jared Stotts, owner of Stotts Turkey Farms in Loretto, said farming turkeys is a “long, drawn-out schedule,” just one reason why adding COVID to the mix has thrown the turkey business for a loop.

Ahead of Thanksgiving, farmers and field experts say what’s on the table this year will likely look smaller, literally.

Everyone in the turkey industry had to pivot this year, said Sarah Anderson, executive director with the Minnesota Turkey Growers Association.

First, farmers had to address the immediate concern of keeping staff safe. Then came the question of how to prepare for a Thanksgiving like no other, even if it was already too late to completely scrap plans.

“It’s kind of like we had to do it all,” Anderson said. “Fortunately, we’re an industry that’s always prepared for the best and worst-case scenario.”

As the pandemic entered the picture, Stotts said Jennie-O expected demand for smaller birds than usual. Less people are likely to gather in larger groups this year, opting instead for a night in with immediate family to reduce the spread of COVID.

Stotts said his farms will probably send off more 14- or 15-pound turkeys than 21-pound birds this holiday season.

“Those are way more sought out for demand now,” he said, referring to the slighter cuts.

But that means selling birds when they’re not quite ready.

“We actually shipped a flock early that was supposed to be heavy hens here just to help Jennie-O fill that pipeline,” Stotts said.

Birds are raised in a stacked fashion: Once smaller birds grow up, another round of turkeys are already being raised to replace the outgoing flock.

When birds are removed early from that system, there are gaps.

“I had to sell the flocks basically four weeks early because that’s what the market needed. I ended up sitting with empty barns, supposed to be designed to be full of turkeys,” Stotts said.

And those turkeys are designed to be bigger.

Farmers often use different breeding tactics for hens and toms, said Megan Roberts, agriculture business management educator with the University of Minnesota’s Extension program. It ensures birds have the right ratio of white to dark meat; protein to fat.

But farmers didn’t get the chance to plan for smaller birds this year, at least not soon enough.

“If you’ve already committed to that larger bird, it is what it is at this point,” Roberts said.

It’s a risky game, and one that affects farmers financially. Payments are based on pounds, not per head.

“You get more money if you have a bigger bird,” Stotts said.

The tom market in particular, which tends to produce bigger birds, has been hit perhaps hardest by COVID, Stotts said. Tom meat is used for larger servings and processed meats, like sandwich slices or ground turkey for schools and restaurants, which aren’t operating like they used to.

Anderson said farmers are currently applying for state aid from the Minnesota Department of Agriculture to alleviate some of that loss. It’s similar to what turkey farmers went through during a 2015 avian influenza outbreak, she said.

Local grocery stores are seeing a change in Thanksgiving prep this year, too.

Staff at Radermacher’s Fresh Market in Jordan expect to sell far more turkeys this year — but mostly the smaller ones. Store Director Kelly Callahan thinks 70 to 100 more birds could fly out the door this year. The reason is simple, he said.

“There are smaller groups at home,” Callahan said.

That means the 12- to 14-pound turkeys, versus last year’s 16- to 18-pounders, are likely contenders this time around.

Callahan also said more people are requesting the market’s annual bags for local food shelves, which include turkeys and other Thanksgiving goods.

“We’re getting a lot of requests, more than usual,” he said. “More people are more focused on (what) you see every day on the news: Unemployed, homeless ... I think there’s focus on that.”

Cooper’s Foods in Chaska is gearing up for a change in meat sales too.

“We’ve got pallets of turkeys,” President Gary Cooper said, noting more of them are smaller than last year’s bunch.

If the store doesn’t sell all the fresh turkeys, they’ll cut them up. The reason?

“Instead of big family gatherings, there’s going to be people wanting to do a turkey for two,” he said. “If a couple wants a turkey dinner, they can buy turkey breasts.”

The next week or so should give those in the turkey business a better idea of this year’s demand, Roberts said. Guesses can be made, but only time will truly tell how big of a seat COVID has at the turkey table.

“Will turkey fare OK? At this point it is looking like, while demand has shifted, they might still,” Roberts said. “Demand right now does appear to be holding steady even as people shift their holiday plans.”

Stotts said at least one good thing has come out of this COVID crisis: People are finally seeing turkey as not-just-holiday food.

“The whole bird market has been good due to the fact that people aren’t going out. Instead of people making turkey twice a year for holidays, people are staying home,” he said.

That means easier-to-prepare turkeys are making their way to the consumer market, like meat that’s ready to pop in the oven straight from the grocery store.

He’s not sure how long it’ll take before larger birds are back in demand and schools are filled with hungry students again, ready for that Wednesday sub sandwich.

But farmers like Stotts are certain of one thing. COVID’s impact on turkeys has been big, even if the birds themselves are a little more compact this year.

The U.S. consumes 46 million turkeys on Thanksgiving alone, which is around the same amount Minnesota farmers produce in a year.

The average American eats 16 pounds of turkey per year. The U.S. is one of the largest consumers of turkey meat.