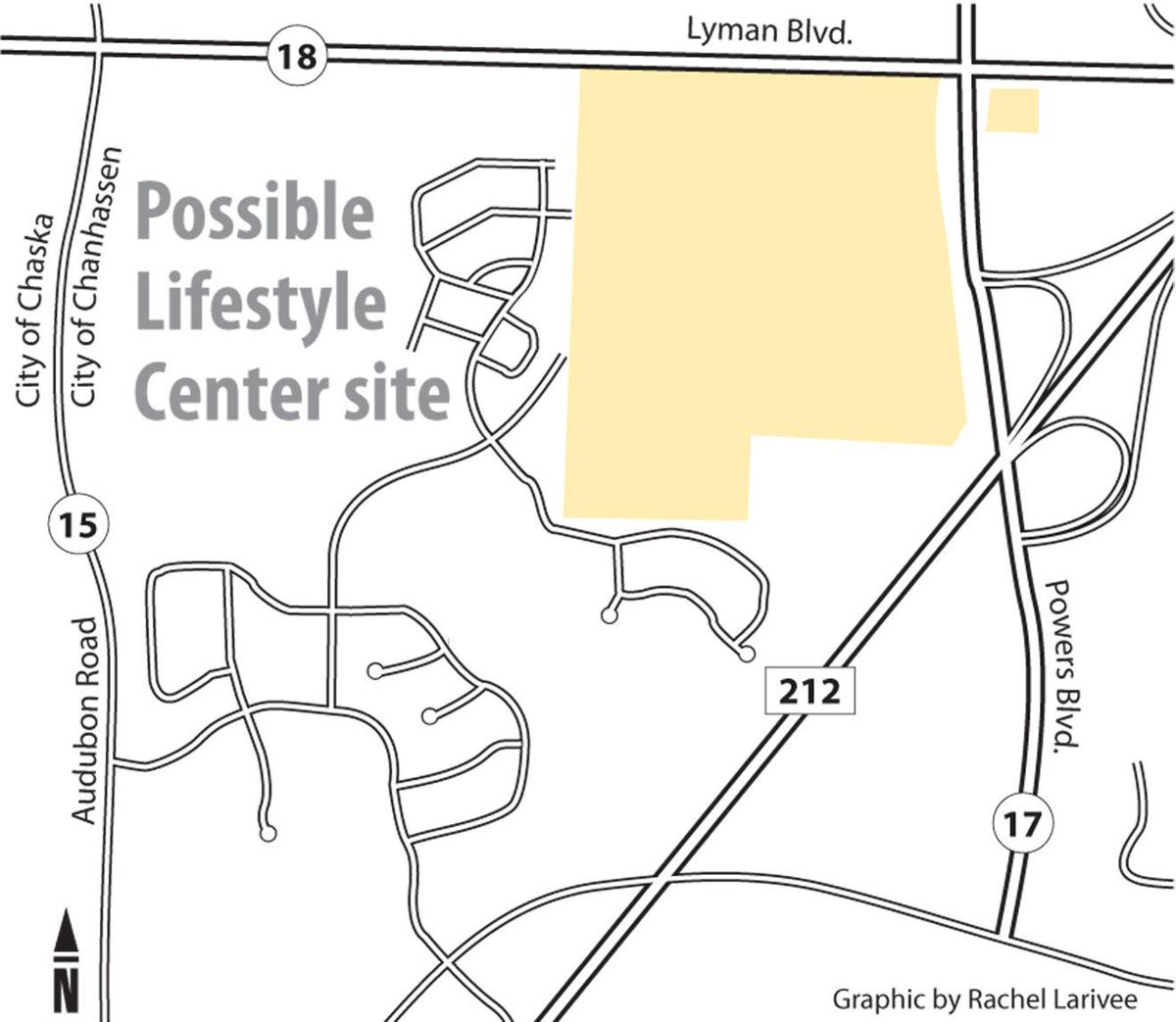 A rendering shows what the entrance to the Avienda lifestyle center could look like.

A rendering shows what the entrance to the Avienda lifestyle center could look like.

A revamped proposal for a Chanhassen lifestyle center is back in the spotlight and will soon be in front of Chanhassen city officials.

A neighborhood meeting at 6:30 p.m. Wednesday, Oct. 26, at the Chanhassen Library will provide a first glimpse at what could become the largest mixed-use development in the city.

The original lifestyle center concept came before the City Council in 2015. That had a different development team, fewer acres and a different name.

The current proposal – Avienda – would be located on about 117 acres with access to Highway 212 near the intersection of Powers Boulevard and Lyman Boulevard. According to Carver County property records, the estimated market value of the acreage is $12.7 million.

The current development team is led by Bahram Akradi, CEO of Chanhassen-based Lifetime Fitness, and includes partners with strong ties to the southwest suburbs.

The Lifetime Fitness branding can be seen on the project’s Facebook page, which refers to Avienda as “A Healthy Way of Life Village.”

According to a concept review report submitted by the developer, the proposed mixed-use development will help the city achieve its goals of providing a variety of housing types for people in all stages of the life, providing a mixed commercial district with retail and entertainment uses of a scale and function that serves a regional market, preserving natural resources and providing regional shopping options for existing and new residents. The plan incorporates a mix of office, retail and residential space in an underserved area of the city.

Darren Lazan, owner of Landform, which is the development manager for the project, said a target date for groundbreaking is next spring.

In addition to receiving feedback on the development concept from residents and city officials, the project needs to undertake a comprehensive review to see how it could impact areas such as transportation, environment and sewer and water. A wetland mitigation plan also is necessary.

Chanhassen City Manager Todd Gerhardt said those logistical matters could take about six months. Gerhardt said this proposal has a better starting point because all the potential acreage has been combined in the project.

When the first version of the lifestyle center concept was discussed in 2015 the proposal was referred to as “The Quadrant.” Large crowds attended neighborhood meetings and city meetings. The Minnesota Vikings practice facility was also floated as a prospective tenant. The Vikings have since announced plans to move that facility from Eden Prairie to Eagan.

However, the first version of the lifestyle center stalled, in part, because the 120 acres weren’t all owned by the developer and the city expressed concerns about having a movie theater and a large grocery store as part of the project.

The Avienda lifestyle center proposal is scheduled to be reviewed at three upcoming city meetings:

To see city reports on the project, go to www.chanvillager.com.