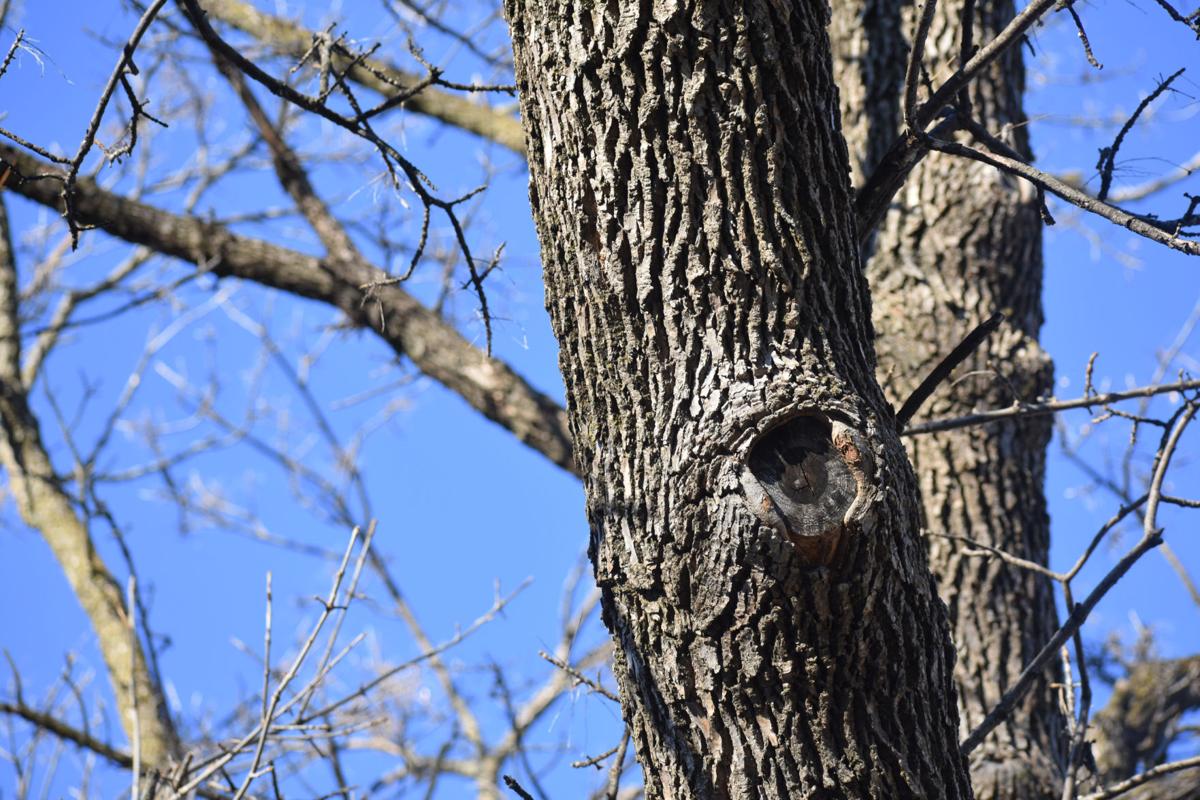 Ash trees in Ramsey (above), Hennepin, Carver and Scott counties, among 21 other counties, are under quarantine to limit the spread of emerald ash borer. 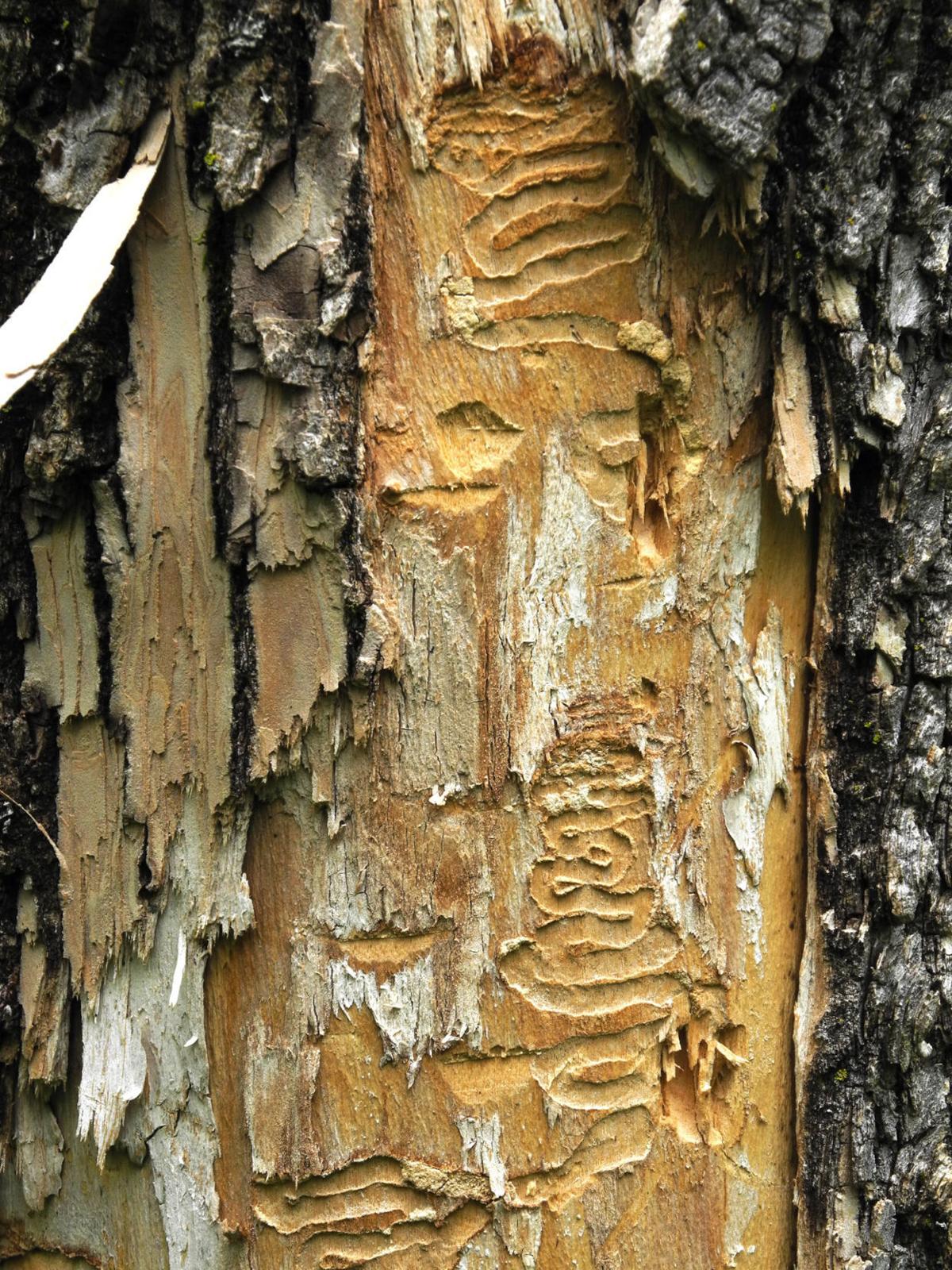 A sign of EAB infestation are S-shaped tunnels under ash tree bark from larvae. 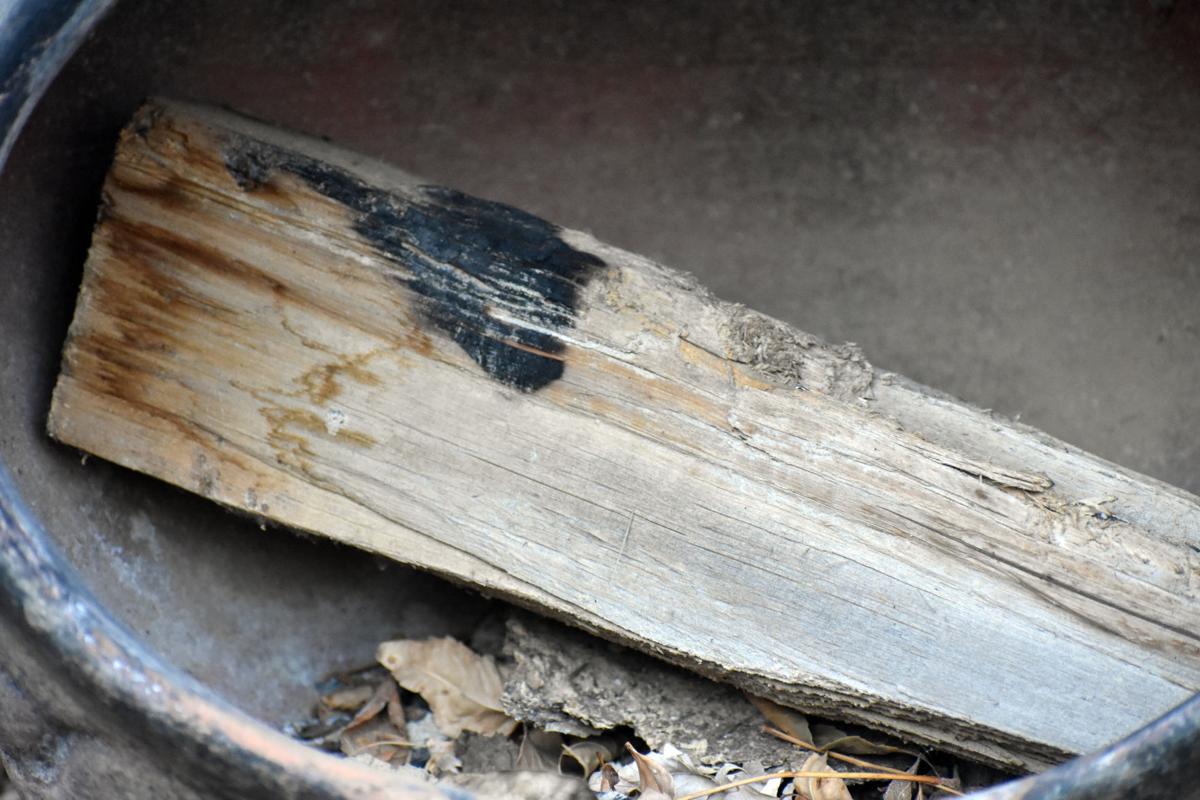 All hardwood firewood cannot be moved outside quarantined counties, but can move within and into quarantined areas. 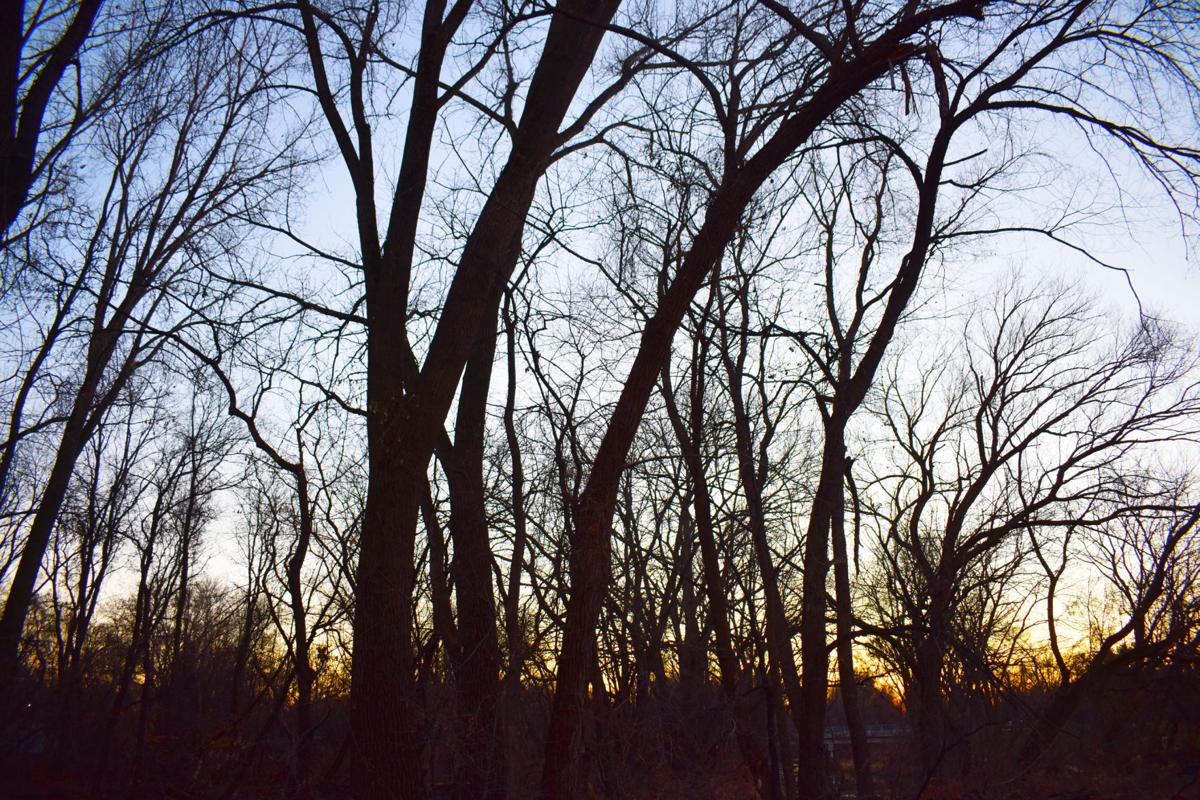 Trees at Jackie Holzer Memorial Park in Jordan, are within a confirmed generally-infested EAB area, per the Minnesota Department of Agriculture.

Ash trees in Ramsey (above), Hennepin, Carver and Scott counties, among 21 other counties, are under quarantine to limit the spread of emerald ash borer.

A sign of EAB infestation are S-shaped tunnels under ash tree bark from larvae.

All hardwood firewood cannot be moved outside quarantined counties, but can move within and into quarantined areas.

Trees at Jackie Holzer Memorial Park in Jordan, are within a confirmed generally-infested EAB area, per the Minnesota Department of Agriculture.

As the world deals with mitigating the spread of COVID, local trees and firewood are in a quarantine of their own.

Earlier this fall, tree care professionals found a pest infestation in ash trees along the border of Carver and Sibley counties: Emerald ash borer, or EAB.

It’s the first time the insects have been confirmed in those counties, according to the Minnesota Department of Agriculture (MDA).

On Nov. 30, Carver County was placed under a formal quarantine, adding to the list of 24 other Minnesota counties with EAB discoveries like Hennepin, Scott and Sibley counties.

According to the MDA, Minnesota has the most ash trees of any U.S. state at one billion.

“Once you start looking for (ash trees), you’ll see them everywhere. We have a lot of ash trees in this state,” said Jonathan Osthus with the MDA’s Plant Protection department.

Ash trees are distinctive for their mirrored branches (similar patterns to the left and right of the tree), clumps of five or more leaves, and something else: The fact EAB only targets ash trees.

EAB was first found in North America in 2002, Osthus said at a recent MDA webinar. Minnesota first saw the pest in 2009, but didn’t prove to be a threat to Scott County until discovered in Jordan in February.

The larvae tunnel under bark, cutting off nutrients from the tree and killing them often within five or six years. If ash trees aren’t treated against EAB, Osthus said they will eventually succumb to the bugs.

They start their damage up top, working their way down the tree. And it’s not just one beetle that causes a tree’s demise.

“It’s the numbers of them that build up,” Osthus said. “It can stand one to two EAB, but once a population of hundreds or thousands (get) in a single tree it goes from looking healthy to where everything dies pretty quickly.”

“It’s a severe threat to not just our yard trees, our landscape trees, but to our forests as well,” she said.

WHAT TO LOOK FOR

Even if they look healthy, all ash trees are susceptible to the bugs’ damage.

“They will get EAB if they’re not protected,” Osthus said.

Winter is perhaps the best time to look for the borer-infested trees, trademarked by high-up woodpecker holes. Woodpeckers are more prone to peck dime-sized holes for increased larvae.

Osthus recommends using a pair of binoculars to check for that so-called “blonding,” where woodpeckers fleck off the outer layer of bark.

“Just by doing quick surveys with binoculars, you can spot trees maybe a year or two earlier than you would without it,” he said.

In the warmer months, people can look for canopy thinning as an EAB infestation giveaway. Osthus said that’s “not just a dead branch here and there,” but significantly more light coming through the branches and noticeably less leaves overall.

People can also look for vertical bark splitting, an S-shaped tunneling pattern on the bark, or white spine-resembling larvae. It’s less-common to actually see a green adult emerald ash borer (about half an inch tall by an eighth-inch wide).

WHERE TO GO FROM HERE

Officials say preventing more spread comes down to identifying ash trees and getting them treated in time, as well as burning firewood where it’s bought.

“Firewood” means any hardwood under four feet in length, regardless if it’s cut or not. Under the quarantine, people can’t bring firewood to, say, their cabin, campsite or friends’ house outside the county. Those not in quarantined areas are free to bring wood in quarantined counties.

EAB lies beneath the bark, so the bugs can cause damage or spread up to two years after it’s cut down even if the firewood looks healthy.

“You might look at it and say, ‘There’s not bugs on here, there’s no pests,’ then it gets moved,” she said.

Once people see an EAB-infested ash tree, officials say it needs to be treated within about three years of pest involvement or when at least 70% of the canopy is intact. That’s around the time people may notice their ash tree’s thinning canopy, most noticeable in the warmer months.

But if people wait until symptoms are obvious, the tree may be too late to treat.

“You’re not going to see the signs at eye level until your trees are severely infested five to seven years down,” DaVito said.

Osthus said EAB aren’t active Oct. 1 through April 30, which is the best time to remove or trim ash trees. That ensures there are no active adult beetles flying around, quickening the spread.

If people need to do tree work during the warmer months, he recommends chipping the wood on site or covering the trailer load when transferring to another location.

Othus said people can treat for EAB even before ash trees are infested. He recommends treating ash trees within ten miles of a confirmed case and reapplying every year or two.

Osthus said costs add up to around $150 every two years for the average tree. No financial help is currently available, he said, but some cities have special resident offers.

He recommends people remove small ash trees and have larger ones treated. It involves injecting treatment straight into the trunk, affecting adult and larvae EAB and not the plants around it, he said.

“This is the first year that I’ve seen so much EAB activity in trees,” Gilles said.

He expects there to be more needed treatments than possible.

“There’s just no way that (professional treatment applicators) can do enough trees to be able to save every tree that anybody wanted. I don’t think it’ll be too physically possible," he said.

People can treat ash trees on their own using hardware store chemicals, but it might be best to have professionals do the job. That’s especially true for people with valuable trees they’d like to keep intact.

“It’s generally a pretty complicated task for maybe just a homeowner to do,” Gilles said. “Costs outweigh just having somebody do it.”

Osthus said Minnesota has seen a slower spread of EAB compared to around the country, but that doesn’t lessen his concern.

“The more management people do … will actually help lengthen the amount of time it takes to spread throughout the state,” he said.

“We need more eyes out there,” Osthus said.

Osthus said people might be surprised by nearby confirmations.

“There’s a good chance your (ash) tree might be infested at this point,” he said. “You should be making a decision on what you want to do with the ash trees if you have them on your property.”

How to report EAB

Check for nearby EAB confirmations

In heavily-infested areas, the timeline is often condensed.