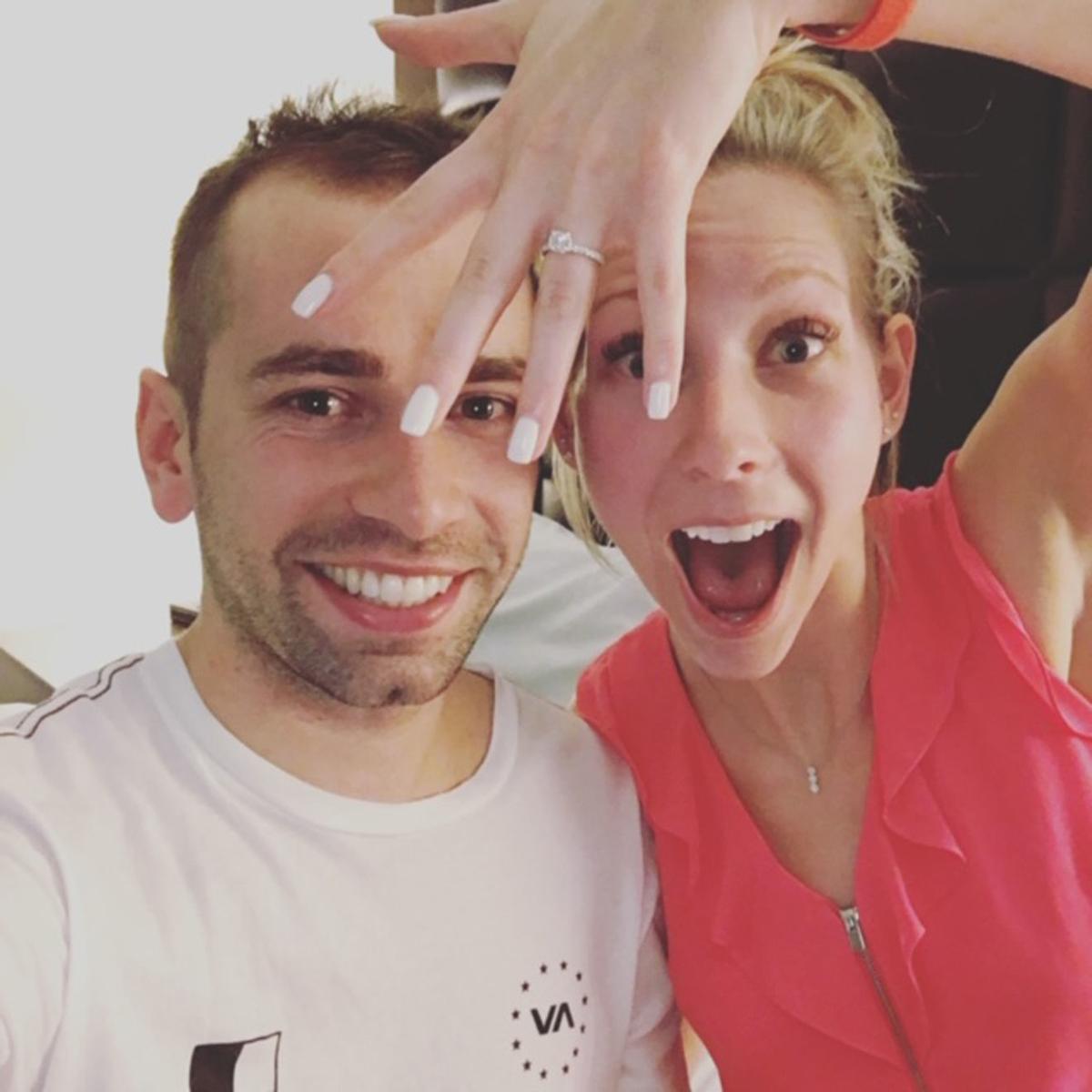 The March 21 wedding date for Michael Will and Trisha Laabs has been postponed. “Love is patient, right?” said Laabs. 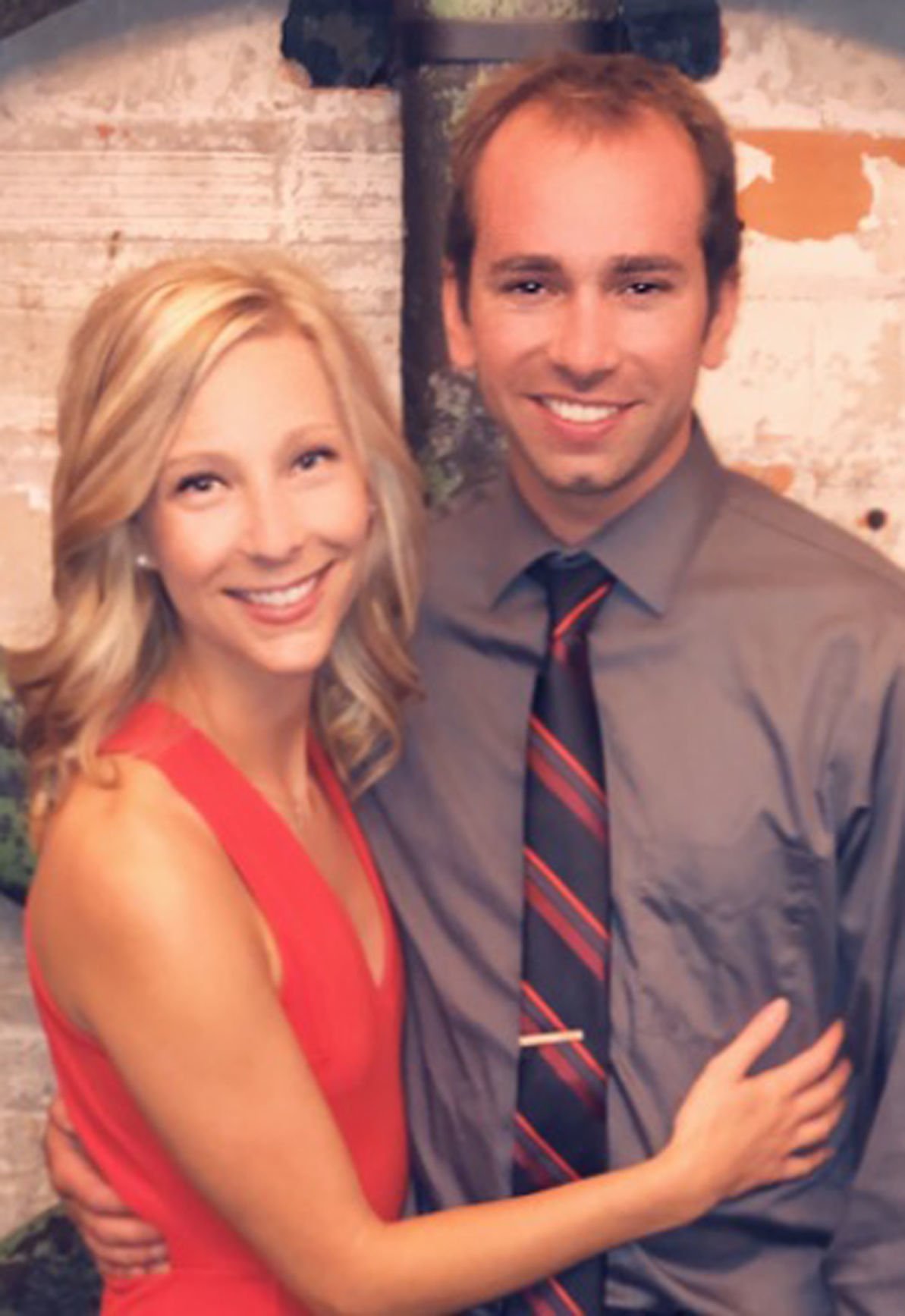 Trisha Laabs and Michael Will were expecting 233 guests at their ceremony in Faribault, but group-size restrictions were implemented less than a week before the event.

The March 21 wedding date for Michael Will and Trisha Laabs has been postponed. “Love is patient, right?” said Laabs.

Trisha Laabs and Michael Will were expecting 233 guests at their ceremony in Faribault, but group-size restrictions were implemented less than a week before the event.

Weddings are on the calendar for months, even years.

Now, most of those big day events are being rescheduled, postponed indefinitely or canceled because of a virus pandemic.

The COVID-19 outbreak has forced closure of churches, event centers and other sites large enough to handle weddings and receptions.

Trisha Laabs and her fiancé, Michael Will, were scheduled to get married March 21 and then have their dream honeymoon, hopping the French Polynesian islands.

Instead, the wedding was canceled and they drove to a Will-family “hunting shack” in the Dakotas “for a change of scenery,” Laabs said.

“We are (Jordan) high school sweethearts and have been dating for over nine years. I thought I have waited long enough to marry the man of my dreams but apparently not,” Laabs said. “Love is patient, right?”

Laabs, 25, and Will, 27, of Chaska, were expecting 233 guests at their ceremony/reception in Faribault, but group-size restrictions were implemented less than a week before the event and the venue and caterer “pulled the plug,” Laabs said.

“We then thought of just finding a building to do immediate friends and family, but that fell apart too,” she said. “The makeup artist’s husband got sick, so it all just crumbled.”

No new wedding date has been scheduled.

“I still want my dream wedding someday, but it’s still so fresh and raw that I can’t imagine replanning everything,” Laabs said. “I don’t want to replan because we don’t have any idea how long this is going to go on.”

“Planning this a year ago, I would have never thought some global pandemic would cancel our wedding,” said Will, who had friends coming from Texas, Louisiana and Pennsylvania.

There is a bright side — support.

“The reason to have a wedding is to gather to show love and support and we’re lucky enough that even though we haven’t had that wedding day, we can feel that love and support,” Laabs said. “We’re happy to be together and healthy. Everyone is struggling with this in their own way.”

Gretchen Culver, chief revenue officer for Bellagala, which operates three venues, including Bavaria Downs in Victoria, said the company has rescheduled a total of about 40 weddings from the three sites through the end of May.

“It’s a tough time for the events industry because there are no social gatherings and Minnesota is not issuing marriage licenses any more,” she said. “Weddings are already an emotional event, so this virus makes it even more stressful and anxiety-ridden.”

Weddings are being rescheduled to this fall or early 2021, Culver said, adding that refund policies differ by venues.

“Most of our clients have been very understanding and we’re working with them to give them the best options,” she said. “This is a learning experience for all of us.”

Abby McMillan and Charles Middleton, both of Chaska, had their March 21 wedding in Minneapolis canceled five days before the event. It is rescheduled for July.

“We’re hoping everything is cleared up by then,” McMillan said. “All our vendors have been great and understanding. No one anticipates anything like this.”

Planning for the big day started last August, with about 120 guests expected.

“We did have quite a few people traveling, so the airlines thing was a big issue,” McMillan said. “Hopefully it all works out this summer.”

Rachel Raiola, an event planner by career, reschedule her wedding with Jason D’Souza from May 15 in St. Paul to Oct. 23 because of the virus concerns.

“Some of our vendors started backing out, which is what ultimately made us make this decision, as well as the air travel,” Raiola said, noting that many of the guests were flying in for the wedding, including a number from D’Souza’s home state of Florida.

“But, we may ultimately go to the courthouse on the day we selected and get married on paper and then do the wedding ceremony later,” she said. “We’re looking to take a proactive approach.”

The couple, both 32 and from Eden Prairie, have dealt with lost deposits, resigning contracts, finding accommodations for family and friends, and working to locate new vendors.

“At some point we’ll get married,” said Raiola, a native of Victoria. “At the end of the day, we are thankful that we have our health and a home that is safe.”

Sarah Trotter, owner and lead event planner for Lasting Impressions Weddings in Minnetonka, recently has had eight weddings postponed and another cancel.

“There is just a lot of uncertainty out there,” she said, adding that Friday weddings are becoming popular because of booking issues. “People are trying to be as creative as they can be to have their weddings where they want with the vendors they prefer.”

Trotter is seeing a number of couples schedule a small, intimate wedding ceremony and have a larger celebration on a later date.

One couple held a small ceremony, which was streamed online, followed by a virtual reception line, with plans to have a larger gathering when it is allowable.

“The world is definitely looking very postponed out there,” Trotter said. “We’re all working through this together.”