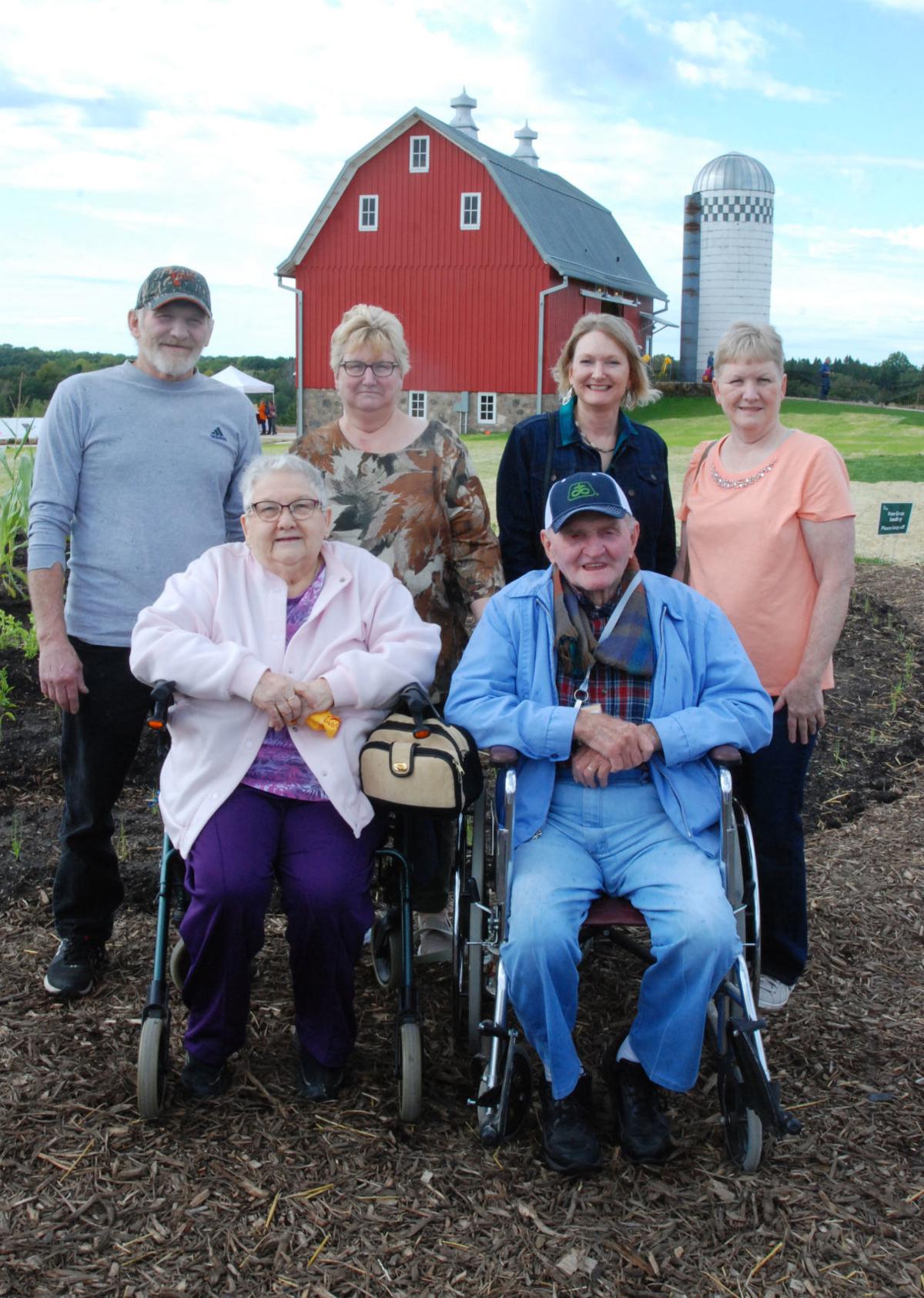 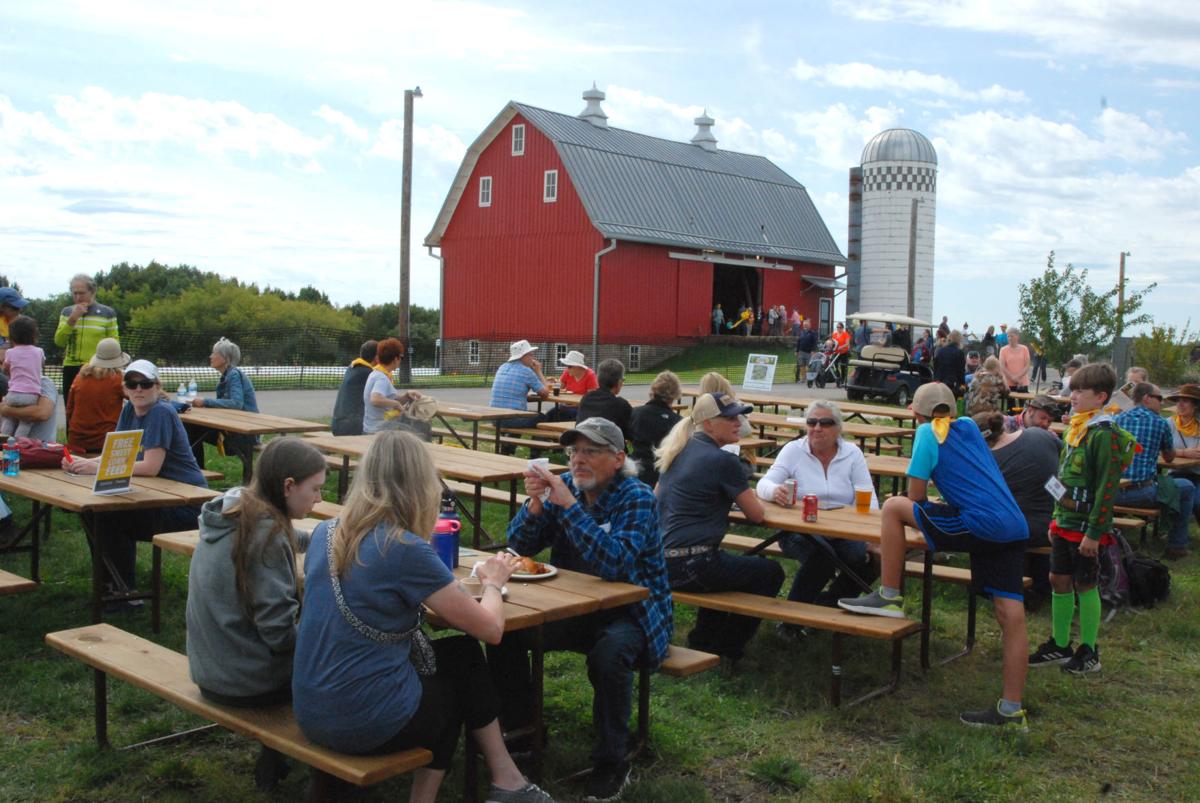 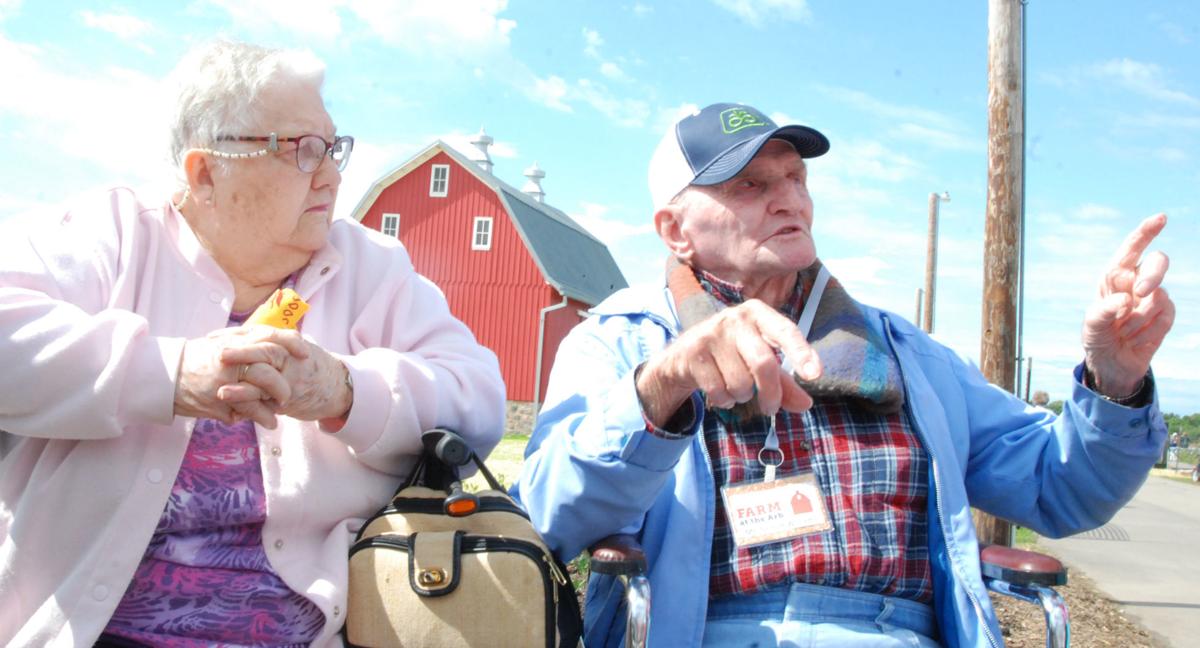 The red barn at the Minnesota Landscape Arboretum is one of Carver County’s most iconic landmarks.

The structure is perched on a hill overlooking Arboretum grounds in Chanhassen, where it attracts a fair number of photographers and painters.

But before it became a symbol of bucolic farm life, it was a real barn, holding real livestock and real crops and providing a real means to survive for the Williams family.

“It was everything,” said Gerald Williams, of the barn. “We made our living on the farm.”

Gerald, 91, and his wife, Carol, 86, of New Prague, and four of their five children, visited the old farmstead last Saturday for the Farm at the Arb Field Festival. The event showcased a new $5.4 million interpretive center, located off of the Arboretum's Three Mile Drive, which spotlights Minnesota agriculture.

Gerald and Carol are bemused by the red barn now.

“I can’t believe what they’ve done with that barn, how beautifully they’ve done the inside, all the work and expense,” Carol said. “It’s hard to comprehend.”

When the Williams family left the farmstead in 1964, their house still lacked running water and indoor plumbing. They used a wood stove for cooking. The farm didn’t have a phone until 1956.

Now the barn has an elevator. In place of the milk cow stanchions, there are restrooms for visitors. Interpretive signs hang on the wall, with pictures of Gerald working on the farm back in the day, and quotes from him about how things worked.

The Bahr brothers built the stone base of the barn, with rocks gathered by Joseph, for $600. The wood portion was built by Joseph and his friends and family, with materials costing $1,200, recalls Gerald.

“They built a pretty good, sturdy barn. It sure was straight,” Carol said.

Gerald, who had three sisters, grew up with the barn. He was born in a nearby farmhouse and would follow his dad across fields as soon as he could walk. With his blond hair, he earned the German nickname “Schimmel” as a young boy.

Joseph believed in strong horses, and was the last farmer in the area to get a tractor, Gerald recalled. Using horses to work soil heavy with clay was no small task.

The Williams spoke Dutch and German around the home. Gerald’s oldest sister, Grace, only spoke German when she began attending a nearby one-room schoolhouse. The 1872 building has been moved farther south along Highway 41, and now serves as a historical interpretive center for Eastern Carver County Schools.

He attended school through ninth grade, then headed back to the farm. Gerald served in the U.S. Army from 1951-1953, during the Korean War, leaving the service as a sergeant first class.

Carol, from Cologne, married Gerald in 1951.

Their family continued to grow, and they raised four of their five children on the farm.

The children helped on the farm. Their son Joe learned how to drive a tractor when he was 5 years old.

For baths, there was a oblong galvanized metal tub in the kitchen where they could heat the water. The women and girls bathed first, followed by the boys and men.

For water, the farm used wells and cisterns. For a bathroom, there was an outhouse.

Ultimately, Williams needed an upgrade to continue making a living in farming.

In 1964 they sold the Carver County farm and moved to a farm near New Prague with a bigger barn. The house also had indoor plumbing and running water, but Carol notes that the large barn was the selling point for Gerald.

At the Arboretum, other than the barn, the buildings on the old farmstead are long gone, but the memories are close at hand.

“We got by with so little years ago, but now people have to have everything,” Carol said. “I think we were happier way back then, than the kids are today that never seem to be satisfied.”

But teaching people how tough agriculture was back in the day?

“They’ll never believe it,” he said.

The outhouse on the Williams farm was built by Joseph Williams.

When the Williams family left the Carver County farm for New Prague, they took the outhouse with them — but not without some difficulty, recalled Joe and Gerald Williams.

While hauling the outhouse through downtown Chaska, coincidentally during a city festival, a deputy stopped them, thinking that they were being smart alecks.

They ultimately delivered the outhouse to their new home in New Prague. It still stands next to a machine shed.