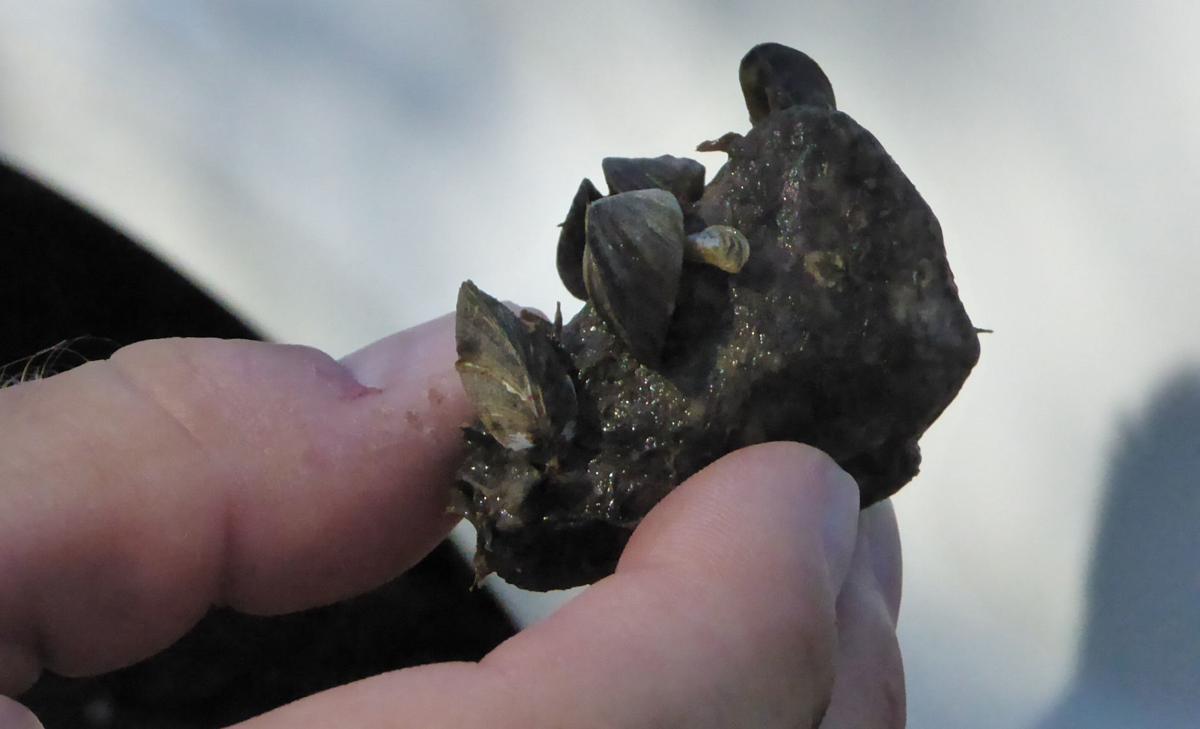 They’re small, sharp and invasive. Zebra mussels the size of a fingernail encrust a small rock.

They’re small, sharp and invasive. Zebra mussels the size of a fingernail encrust a small rock.

Zebra mussels were detected Aug. 18 in Lake Minnewashta in Chanhassen near Carver County’s public boat launch at Lake Minnewashta Regional Park, according to information from the Minnehaha Creek Watershed District.

According to the district, during a routine early detection survey at the public boat launch, watershed district staff discovered zebra mussels attached to rocks near the boat ramp.

Four juvenile zebra mussels were found in 30 minutes of searching. They are of similar size to the first zebra mussels discovered in 2014 on Christmas Lake, which is on the border of Chanhassen and Shorewood. The state Department of Natural Resources, Carver County and the Lake Minnewashta Preservation Association were all notified.

Another 10 zebra mussels were found near the launch during follow-up investigation Aug. 19 but no decision had been made on whether a rapid-response treatment was planned when this edition went to press.

Keegan Lund, an aquatic invasive species specialist with the state Department of Natural Resources, said the watershed district has applied for a rapid-response permit.

Lund said that Carver County may install barrier nets near the boat launch with the goal of containing the spread of the mussels.

No zebra mussels were found by divers farther away from the boat launch, Lund said Aug. 23.

Carver County employs about 30 boat inspectors to check watercraft at public access sites with the goal of preventing the spread of aquatic invasive species. As of mid-July, more than 15,000 watercraft inspections had occurred this year. Of those, 6,000 had been conducted on Lake Waconia, 3,000 on Lake Minnewashta and 2,200 on Lotus Lake.

This is the fifth year the county has been involved with aquatic invasive species prevention efforts.

In 2014, zebra mussels were confirmed in Christmas Lake — on the border of Chanhassen and Shorewood — and Lake Waconia, the largest lake in Carver County.

They were also confirmed in Lake Virginia, which connects to Lake Minnetonka near Victoria, in 2014. Lake Minnetonka and Prior Lake are also among the hundreds of water bodies around the state with confirmed zebra mussel infestations.

Impacts: Zebra mussels can be a costly problem for cities and power plants when they clog water intakes. Zebra mussels also cause problems for lakeshore residents and recreationists; for example, they can:

• attach to rocks, swim rafts and ladders where swimmers can cut their feet on the mussel shells, and

• clog irrigation intakes and other pipes.

Zebra mussels also can impact the environment of lakes and rivers where they live. They eat tiny food particles that they filter out of the water, which can reduce available food for larval fish and other animals, and cause aquatic vegetation to grow as a result of increased water clarity.

Status: Zebra mussels have spread throughout the Great Lakes, parts of the Mississippi River, and other rivers and inland lakes. They are established in Minnesota and were first found in the Duluth/Superior Harbor in 1989. See the infested waters list for more information on water bodies in Minnesota where zebra mussels have been found or water bodies that are closely connected to zebra-mussel-infested waters.

For updates on this story, go to www.chanvillager.com.