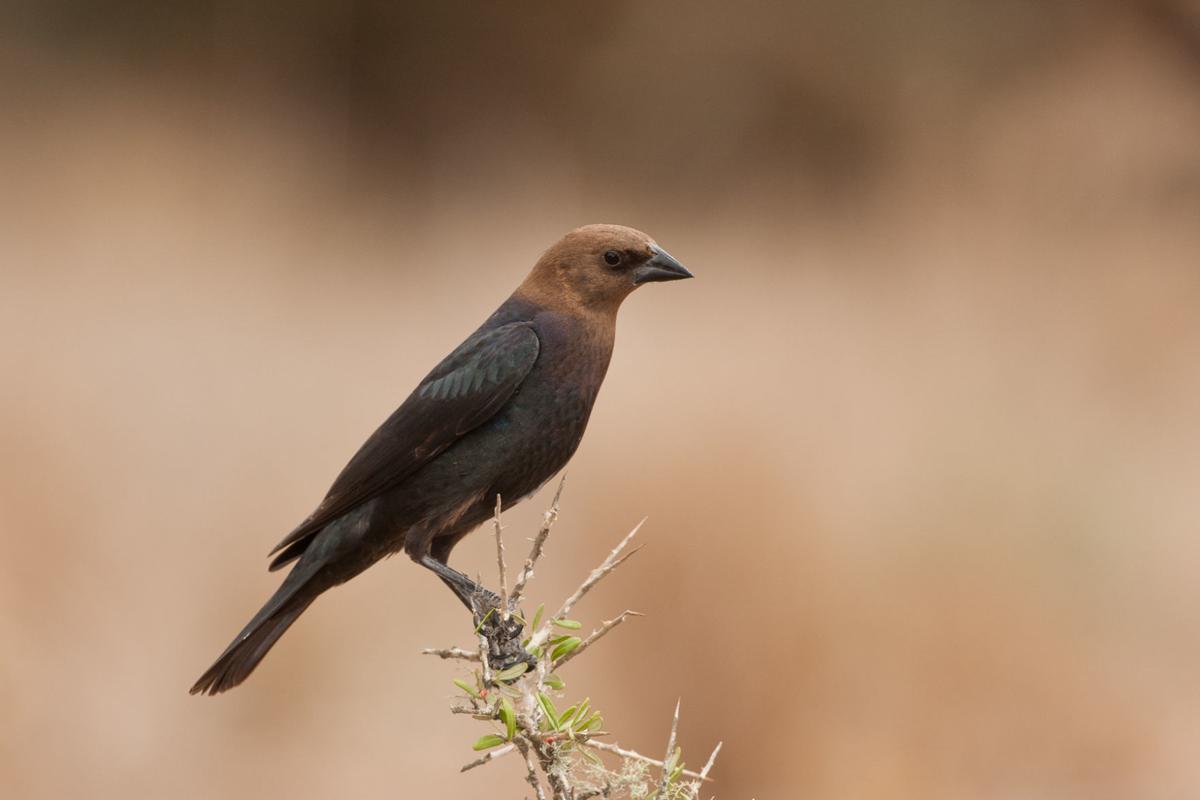 Some may consider the brown-headed cowbird a “bad bird” due to the species incubating eggs in another’s nest, but naturalist Stan Tekiela says not so fast.

Nature has so many different ways to accomplish just one task — reproduction. At this time of year, it seems that everywhere I look I see baby birds. It’s a blizzard of baby birds being fed by their parents. From a small backyard pond to the large expansive lakes and wetlands to suburban backyards to the open country, there are millions of baby birds.

All of these birds are a result of different reproductive strategies. Some nest early in the spring while others are later. Some nest on the ground while others are high up in trees. Some nest in tree cavities while others build flimsy stick nests delicately balanced in evergreen branches. However, one of these reproductive strategies is very unique and doesn’t require much effort on the parents’ part. The Brown-headed Cowbird is a species common throughout the United States and doesn’t build its own nest. It uses other birds’ nests to raise their baby birds.

The Brown-headed Cowbird got its name because the male has a brown head and they are often seen around cows in the pasture. It’s a member of the blackbird family. But the cowbird has the most unusual nesting strategy. Or should I say non-nesting strategy? You see, the female cowbird does not build her own nest. Nor does she incubate her own eggs — ever. Rather, she is an expert at finding the nests of other birds such as sparrows and warblers where she will lay her eggs in a “host” nest.

The egg laying process only takes a minute or two so the cowbird is usually in and out of the nest quickly and often unnoticed by the nest owner. Now comes the interesting part. Cowbirds lay their eggs in 200 plus species of “host” nests. Some of these birds will reject the cowbird egg by removing it. Some will simply build a new nest right over the top of the old nest with the cowbird egg in it. But, many birds will accept the cowbird egg as their own and raise the cowbird young as if it were their own baby bird.

The practice of laying your eggs in another bird’s nest is called parasitic nesting. It relies on host birds to build the nest and raise their young often to the detriment to their own natural babies. There are about 750 species of parasitic birds worldwide who lay their eggs in other bird’s nests. The Brown-headed Cowbird is the only one found in our region.

I think most people would automatically jump to the conclusion that the cowbird is a “bad bird.” After all, how could it be anything else? Well, the few studies that have been done might indicate the opposite. For example, in one study, 100 host nests that had cowbird eggs where monitored. In half of the nests, the cowbird’s egg was removed by the biologists and in the other half the eggs were allowed to stay in the nest.

Keep in mind that Brown-headed Cowbirds have been around for millions of years and as far as we know their parasitic behavior hasn’t harmed other species in a balanced undisturbed habitat. So, in fact the reason we think they are a “bad birds” has more to do with our own sense of fair play and nothing at all to do with actually being a bad bird or the biology behind the nesting strategy.

I find myself fascinated at the fact that cowbird babies grow up with host parents who don’t look or sound like cowbirds at all. This gets me thinking, how does a baby cowbird grow up to know that it is a cowbird and not a sparrow or warbler? How does the cowbird learn to sing the right song and find the right mate? The answer is, no one knows. These are just a few of the mysteries of the cowbird world and I think the most interesting aspect of this much maligned bird.